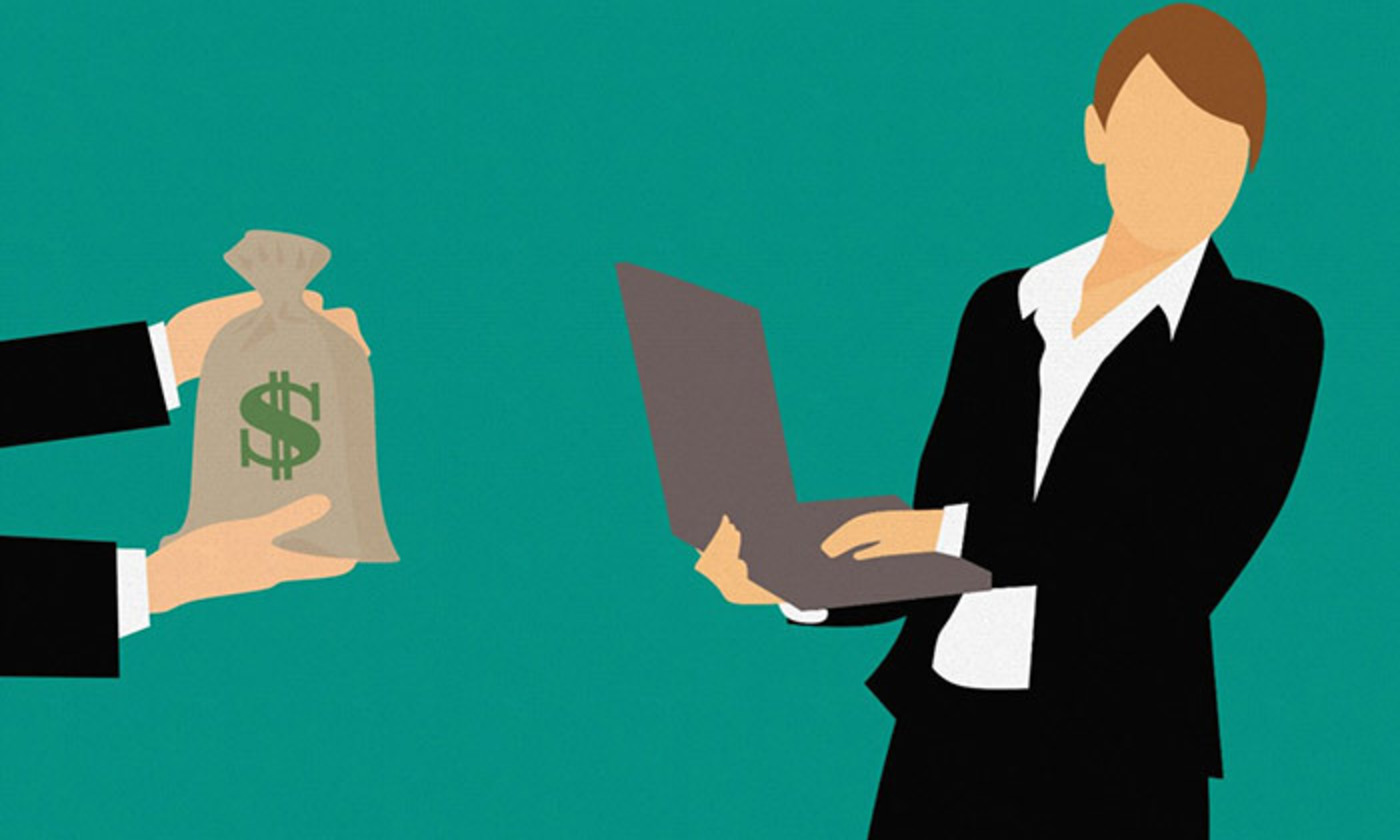 is an assistant professor in the Department of Business Economics and secretary of the Decision Science Laboratory, both at at the University of the Balearic Islands in Spain. He is interested in applied microeconomics.

is Ikerbasque research professor at the University of the Basque Country in Spain. She has written for The Economic Journal, among others. She is interested in behavioural and experimental economics.

The figure of 78 cents to a man’s dollar is familiar to many of us. It’s how the United States Bureau of Labor Statistics has quantified the gender gap among full-time workers: for each dollar that men earn, women earn 78 cents. This data from the US is not an exception but the norm: in Australia, the gap is 15 cents; in the European Union, the gap is about 16 cents; and so all over the world. When trying to make sense of this wage gap, a long list of characteristics – such as gender differences in academic training, and in choice of industry or occupation – are able to explain a substantial fraction. But not all of it. There is no doubt that discrimination plays a role, but there are other factors that deserve attention. Here, we’ll focus on how gender affects salary negotiations, and how the prevalent structure in the workplace (in which the empowered party is usually a man) can negatively affect women’s negotiation outcomes and salaries.

With high-paying, high-skill jobs in particular, which demand highly qualified staff, a substantial amount of the salary is the result of one-on-one negotiations with the firm’s representative. Interestingly, the data show that the gender pay gap is higher in these high-skilled positions. It is also worth mentioning that negotiations are not a one-off experience, but rather present throughout a professional’s life, in the form of pay increases, bonuses and promotions. So, if highly skilled men and women negotiate differently and reach different outcomes, this would explain part of the gender gap that we still cannot account for. This explanation is supported by the economist Linda Babcock and her co-author Sara Laschever in their book Women Don’t Ask: Negotiation and the Gender Divide (2009). The authors show that among graduates of Carnegie Mellon University in Pennsylvania, 57 per cent of men negotiated their starting salary, while only 8 per cent of women did so. Such a disparity would certainly contribute to a gender pay gap among this otherwise identical population. But there is more to the story.

Even when men and women both negotiate, their final outcomes can differ. Men tend to be more competitive and less prosocial, which allows them to get higher salaries than women through the negotiation process. But, in our recent research, we found that gender differences in negotiation are not so general but rather depend crucially on the gender composition of the bargaining table. Put simply, women negotiating their salaries ask for lower compensation when the firm’s representative is a man than when that representative is a woman. And, given that, most of the time, a firm’s bosses are men, this dynamic plays a role in salary outcomes.

We reached this conclusion by using data from a TV show. In that TV show, a contestant was endowed with a certain amount of money. He or she was asked a simple question. Then the contestant had to find someone in the street to answer the question on his/her behalf. This is where the negotiation took place: the contestant had to buy the answer from a responder on the street, negotiating the price by a process of bargaining, in which the contestants made offers and the responders made demands. As in most real-life situations, the TV show offered a setting in which there is a strong bargaining party (the contestant) and a weak one (the responder). The contestant is able to drop the negotiation at any time to look for another responder, and the contestant also knows the amount of money available to pay. Thus, the setting replicated a typical job-negotiation situation, in which the firm’s representative knows the maximum that the firm is willing to pay the worker. And if negotiations get too hard, the firm’s representative can use the threat of breaking off altogether to hire another worker.

We used this setting to look at the final outcomes of the negotiation, based on the gender composition of the ‘negotiation table’ (male contestants with female responders, female contestants with male responders, and so on). We found that the likelihood of reaching a deal, as well as the number of offers and counteroffers (which proxies the degree of conflict during the negotiation), was the same, independent of the gender combination. However, male responders negotiating against female contestants captured more of the pie than any others, getting around 2 per cent more than responders in any other matching. Meanwhile, female responders to male contestants got around 16 per cent less than responders in any other matching – the penalty faced by women for negotiating against men. More importantly, when coming to explain this penalty, we found clear evidence that there wasn’t discrimination from men towards women through lower offers, but rather women who self-discriminated by asking for less. But, crucially, this was the case only among those women who negotiated with a man. When comparing women negotiating against other women, they behaved in exactly the same way as men did.

One critical aspect of our findings is that gender differences arise only in negotiations between a man and a woman where the woman is in the weak position, but not when the woman is the empowered party. This highlights the importance not only of gender and gender pairings, but also the relative strength held in the bargaining table. The link between the labour market and the gender pay gap could go as follows: since managers and bosses are usually men (making them, by virtue of their position, the empowered party), female workers will be less likely than male workers to ask for raises and promotions. In addition, when they do, they will ask for less, which contributes to increasing the gender pay gap. So, our next step is clear: we must understand the roots of this gender-interaction effect on bargaining settings, and how to overcome it.

is an assistant professor in the Department of Business Economics and secretary of the Decision Science Laboratory, both at at the University of the Balearic Islands in Spain. He is interested in applied microeconomics.

is Ikerbasque research professor at the University of the Basque Country in Spain. She has written for The Economic Journal, among others. She is interested in behavioural and experimental economics.

aeon.co
Work Gender Economics
21 January 2019
Republish for free
Aeon is not-for-profit
and free for everyone
Make a donation
Get Aeon straight
to your inbox
Join our newsletter