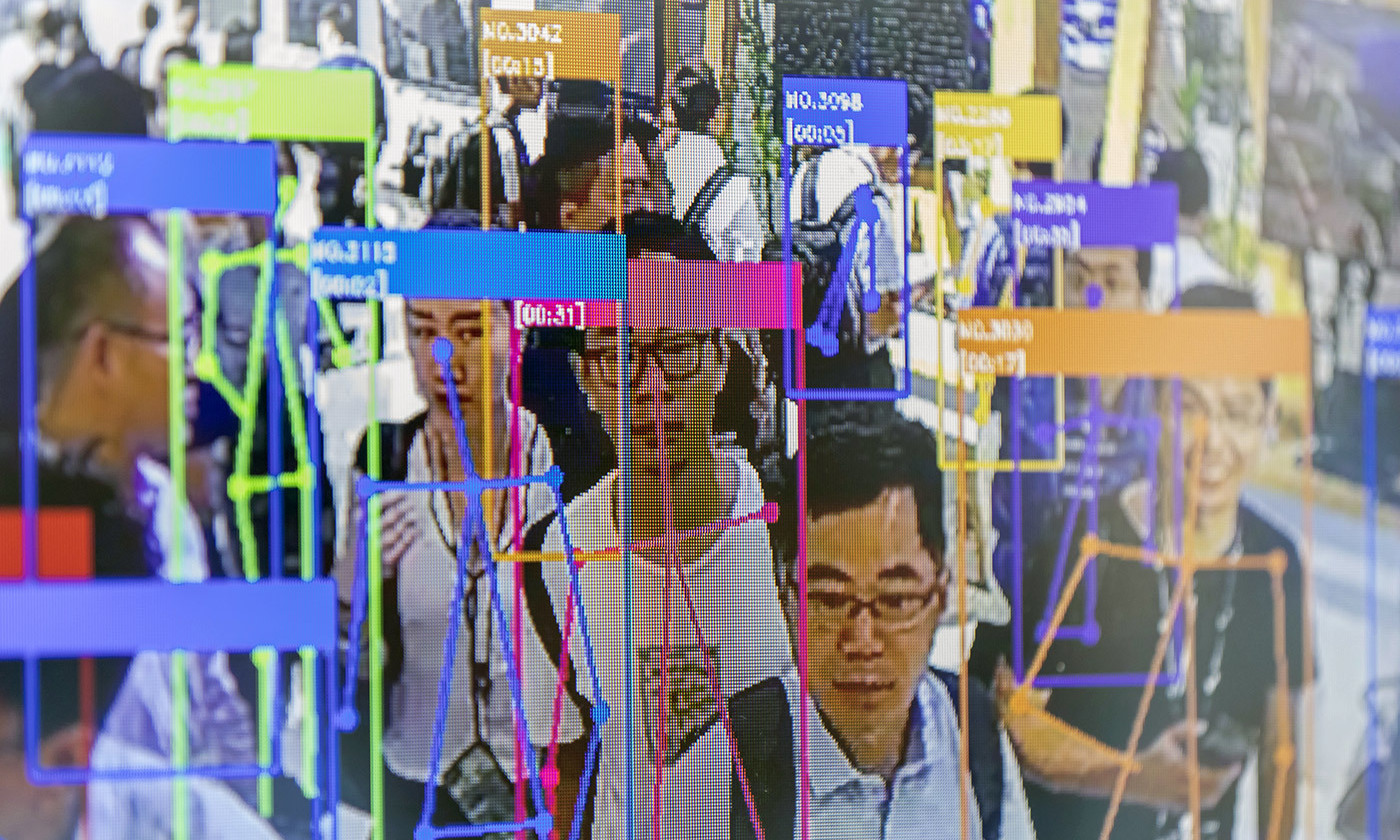 While conceived of and functioning differently in diverse contexts, ‘face’ describes a phenomenon that exists in every human society. Its most basic sense concerns the public presentation and perception of the self. Someone who has face possesses something of positive social value that arises from social approval of a person’s status, action or state of being; someone who loses face has suffered a loss in social value concerning her status, behaviour or state of being. In addition to public perception, ‘face’ has an internal psychological aspect as well: it captures one’s self-image and evaluation of oneself in regard to shared ethical standards and social hierarchies, expectations and norms.

Face is particularly important in East Asian societies such as China, and found in two related forms. The first and more popular conception, mianzi (面子), primarily concerns wealth, social status, position, power and prestige; the second, lian (臉), concerns moral character and behaviour. A person can have mianzi – eg, status, position, etc – but lack a corresponding level of lian – eg, be regarded as morally bad. A complete lack of lian erodes and eventually undermines one’s mianzi, while someone with great lian will have considerable mianzi.

In contemporary Chinese society the question of face has taken a new and disturbing form that profoundly affects these more traditional, Confucian-inspired conceptions. China’s rapidly expanding network of surveillance cameras increasingly relies upon AI-aided facial-recognition technology to achieve much of its primary mission: to keep track of, record, control and modify the behaviour of its citizens. Within this system, ‘face’ really has nothing to do with traditional conceptions of moral or social status – at least, their ideal forms; it is not about how one views oneself or how the members of one’s community regard one. Instead, it is to be an object under the gaze of a systematic government surveillance system established by the Communist Party of China (CPC) and guided by increasingly sophisticated AI. My primary interest is what this does to the traditional notions of mianzi, lian and related ideas about virtue, but I will also note an unanticipated implication that the new mass surveillance carries for the CPC, an implication that betokens a more general concern with the ethics of AI.

My central claim is that the new surveillance culture largely eliminates not only concern with but the possibility of traditional, Confucian-inspired conceptions of face and related conceptions of virtue. By focusing on the physical face for identification, and assessing citizens purely in terms of their perceived benefit or harm to the state – measured in terms of the Social Credit System (社会信用体系) – the new surveillance culture fundamentally alters the senses and functions of these traditional concepts, eliminating both the internal, moral dimension of face as well as its external, socially constituted dimension. In a very real sense, it constitutes an ultimate and complete loss of face.

In the West, similar issues are discussed in terms of the right to privacy and the need to protect personal space, social activities and institutions, and there is great merit in this line of reasoning. Here, though, I present an independent argument that can complement such concerns but arises out of traditional Confucian ideas about understanding and improving the self. It is important to explore and analyse this perspective not only because it provides an alternative moral take on mass surveillance but also because it is of great significance to people in these cultures, especially because this approach to virtue is often hijacked by those seeking to defend the surveillance state.

Such attempted appropriation appeals to the idea that since ‘collectivist’ Confucians hold that everyone is capable of and should aim at becoming morally noble, why should they worry about surveillance? Since the state is pursuing this policy in order to ‘maintain order’ and eliminate ‘disruptive elements’ including of course ‘terrorists’, well-intentioned and ‘patriotic’ people should welcome and embrace AI-guided state surveillance as a prosthetic contributing to the cultivation of the self, or xiuyang (修養), and one that offers a new and powerful technology for improving both self and society.

This, however, distorts the fundamental assumptions, aims and methods of traditional Confucianism. While Confucianism encompasses a vast range of different conceptions of human nature and how to improve it, all of them share the basic idea that morality concerns a view about human nature and its cultivation, aimed at enhancing the welfare of self and society by producing people of humane and admirable character. The basic picture starts with a challenge to improve ourselves and to extend the scope of our moral concern – from ourselves and our immediate family and friends, to neighbours, society and eventually all the world. The ultimate aim is to move from the individual to ‘all under heaven’ and bring peace, prosperity and happiness to all.

A central aspect of this process is the need for people to be watchful over themselves when alone (君子慎其獨), which is, roughly, a call to be vigilantly aware of one’s thoughts and feelings with an eye toward moral improvement. But under the unrelenting gaze of mass surveillance, we are almost never alone; we are robbed of the opportunity to set out on the Way by cultivating the ability to monitor our own thoughts and feelings, and regulate, order, augment and enhance them in an ongoing effort to cultivate ourselves. Under such circumstances, core Confucian moral ideals such as attaining ‘sincerity’, or cheng (誠), and a proper sense of shame, or chi (恥), are no longer possible. Instead of looking within to understand, assess and craft my thoughts and feelings in an ongoing effort to cultivate myself, I am forced to organise myself and my life around the aim of pleasing the state and its AI overseer. Under such conditions, I lose sight of what I actually believe about goodness and virtue, and my independent judgments about such matters lose motivational power. Our personal responsibility for ourselves and our collective effort to understand, shape and improve our shared social life are outsourced to the state, in particular to the CPC, and delegated to an algorithm.

Aside from the profound damage that the new mass surveillance does to traditional notions about face, there is an unforeseen implication for the CPC that betokens a general ethical concern about autonomous, intelligent machines. The party vigorously defends its programme of mass surveillance by appealing to the purported benefits it brings to society, which typically include defending it against lurking and imminent threats of terrorism, crime, social unrest, decaying values, and undermining overall social ‘harmony’. As the vanguard of the proletariat, the party takes upon itself the task of determining what is best for society in regard to these and other goods, and designing policies to achieve them.

Whatever the merits of such arguments, the recent, increasing use of AI to run the party’s mass surveillance and related Social Credit System introduces a mechanism that is new to the state’s machinery; now, decisions about what constitutes a threat to the state and what is in society’s best interests, as well as how to go about achieving optimal results, are controlled more and more not by party members but by the autonomous and intelligent machines running the system. It is not at all clear why anyone would believe these machines will continue to choose and employ values, goals and methods that are aligned with those of the ruling members of the CPC. It would appear that the present trajectory not only leaves out individual members of society from the process of deciding what kind of life they want to live but will increasingly make the party and its leadership superfluous. The state might indeed ‘wither away’, as the German philosopher Friedrich Engels predicted in 1878, but not in the way or with the consequences he described.

aeon.co
Technology and the self Computing and artificial intelligence Ethics
17 January 2020
Republish for free
Aeon is not-for-profit
and free for everyone
Make a donation
Get Aeon straight
to your inbox
Join our newsletter

The p-factor is the dark matter of psychiatry: an invisible, unifying force that might lie behind a multitude of mental disorders

Video/
Physics
Time is fundamental, space is emergent – why physicists are rethinking reality