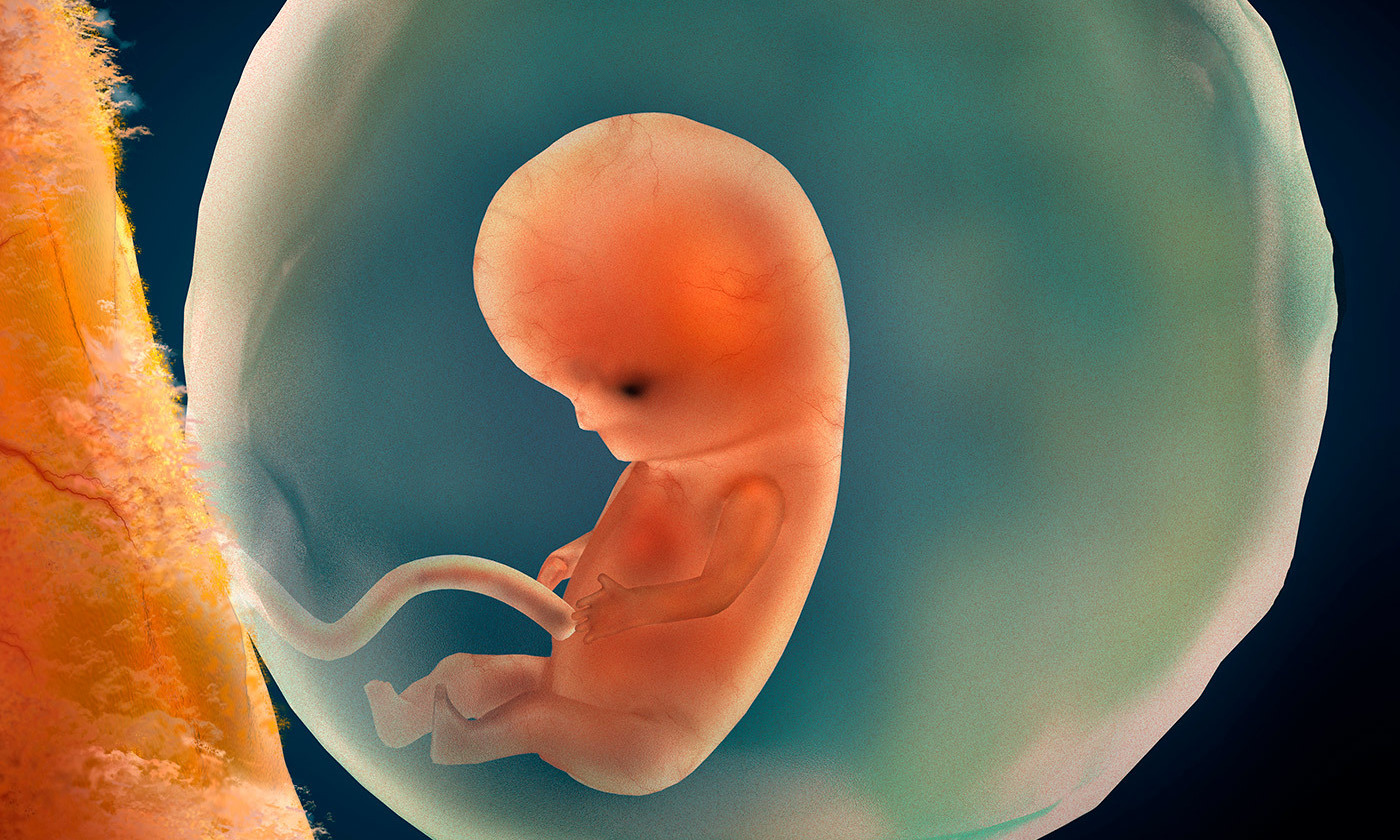 While some women experience pregnancy and childbirth as joyful, natural and fulfilling, others find themselves recoiling in horror at the physical demands of carrying and sustaining a child in their womb, and even more so at the potential brutality of giving birth. Some might view the blood, sweat and tears as a necessary and unavoidable part of life. Others, such as the radical feminist Shulamith Firestone, writing in her book The Dialectic of Sex (1970), assume a less forgiving view of the process as ‘barbaric’ or akin to ‘shitting a pumpkin’. Most, like myself, oscillate between the two positions, or else sit somewhere in between.

Whatever one’s position on the matter of the ‘naturalness’ of pregnancy, it can’t be denied that the development of artificial-womb technology (known as ectogenesis) would radically change the debate. First, there are the therapeutic benefits it promises: women prone to risky pregnancies could transfer the foetus to an artificial womb, thereby allowing foetal development to continue at little cost to their own physical health; likewise, foetuses at risk of premature birth could be transferred to artificial wombs to complete their development as required. The blood, sweat and tears, it seems, might not be so intrinsic to the process after all.

Second, the technology could have important social benefits for women. For Firestone, artificial wombs would eliminate a crucial condition that currently ensures women’s oppression by neutralising the heavily gendered process of reproduction. Though there exist indisputable biological differences between the sexes, she argued that this difference becomes oppressive in the unfair division of reproductive labour and its naturalisation through the ideal of the nuclear family. But if foetuses were to develop in artificial wombs, women would finally be free to pursue their interests and desires outside of their reproductive duties.

Even this cursory overview of the therapeutic and nontherapeutic potential of artificial wombs seems to present a compelling case in the technology’s favour. Add to this list the many more people for whom it would make reproduction possible, and this case becomes near airtight. So, in 2017, when researchers successfully developed eight lamb foetuses in bags mimicking the conditions of a sheep’s uterus, the mainstream media attention was hardly surprising. Despite the researchers’ best efforts, their findings were recast as advancing the development of artificial wombs and, through this process, decades-old arguments such as Firestone’s were thrust back into the spotlight.

It’s true that Firestone’s claims are still well-supported among contemporary feminists – for example, the philosopher Anna Smajdor in her paper ‘The Moral Imperative for Ectogenesis’ (2007) – but the renewed excitement surrounding artificial wombs obscures the fact that the technology’s emancipatory potential is in reality quite limited. For one, artificial wombs could ensure the fair redistribution of reproductive labour only if this labour was limited to the process of pregnancy itself. But, post-birth, it remains true that it’s (largely) women who are expected to breastfeed, pump milk, and raise and nurture the child. This doesn’t preclude those others who can and do partake in what is traditionally regarded as maternal work from the conversation, but it does remind us of the stigma and censure directed at those women who do not – whether by choice or otherwise. In this context, it’s unclear what artificial wombs would do to address the social conditions that can make reproduction so oppressive in the first place.

This hints at a much bigger problem in assuming unequivocal support for the feminist cause. Artificial wombs promise to relieve women of the physical oppression that feminists have associated with the reproductive process, but it doesn’t necessarily address the problem on the conceptual level – that is, it doesn’t challenge the particular patriarchal values and thinking that render the process oppressive in the eyes of those feminists. In fact, a closer inspection of the metaphysical entanglements of artificial-womb technology indicates the potential to harm the liberation effort instead.

In her Aeon essay, the philosopher Suki Finn describes two metaphysical models of pregnancy that are said to capture current Western understandings of the process. The first, dubbed the ‘parthood model’, describes the foetus as a part of the gestating person in the way that an arm, leg or kidney is. The second, the ‘container model’, describes the foetus and gestating person as two separate entities, which gives rise to the culturally dominant ‘foetal container model’. As Finn points out, it’s through this model that we can speak of a ‘bun in the oven’ and, to add to her list, depict foetuses as floating astronauts in an empty black space rather than embedded in the uterine wall.

Though relatively innocuous in its daily use, the container model has been applied to more detrimental lengths too: as the sociologist Amrita Pande demonstrates in her 2010 study of India’s since-banned commercial surrogacy industry, fertility clinics capitalising on this separateness between gestators and foetuses have developed dehumanising prenatal care practices that, among other things, serve to emphasise surrogate disposability. What this shows is that the metaphysical container view might be morally neutral, but its cultural manifestation has developed and is currently utilised in a patriarchal context.

The plausibility of certain reproductive practices depends upon the kind of conceptual framework we use to understand them. The very idea of using artificial wombs to replace some or all stages of gestation reflects, for instance, an assumption that foetuses and gestating persons are in fact separable. While this doesn’t mean that artificial-womb technology necessarily entails the foetal container model, current rhetoric within this debate captures the spirit of the view well: for instance, by likening the uterus to what the reproductive biologist Roger Gosden calls a ‘clever incubator’ in Designing Babies (1999).

The feminist scholar Irina Aristarkhova presents an alternative view in which the plausibility of artificial-womb technology becomes less of a ‘workable concept’ – or at least more complicated. Presumably, if one now thinks of the foetus as a part of the gestator, then the extent to which artificial wombs are truly capable of satisfying this role becomes limited. Of course, one could concede a new foetus-gestator relationship, one that extends into the realms of mechanics and machines (but the space to discuss a future so far ahead warrants an article of its own). Still, if we’re willing to confront the biological realities of pregnancy – that is, the actual inextricability of foetuses and gestators – then our future as machines (or our future without them) is, in this specific context, one that we’ll need to confront eventually.

The problem for feminists, though, is that any technology deploying the principles of a problematic model of pregnancy could unwittingly lead to its normalisation or the perpetuation of these same problems. In this context, the devaluation of gestative work and the diminishing of the maternal-foetal relationship can be viewed only as antithetical to the feminist cause. While it cannot be denied that artificial wombs might still benefit a great number of people, of whom women form only part, it is worth questioning their particular usefulness as a feminist tool for liberation – speculatively or otherwise. In this context, artificial wombs could certainly alleviate the physical constraints currently faced by some women; but, without addressing the patriarchal models on which it might itself be built, the technology’s liberatory potential overall remains limited.

aeon.co
Human reproduction Gender and identity Technology and the self
18 December 2019
Republish for free
Aeon is not-for-profit
and free for everyone
Make a donation
Get Aeon straight
to your inbox
Join our newsletter

Video/
Computing and artificial intelligence
Algorithms are sensitive. People are specific. We should exploit their respective strengths

Essay/
Animals and humans
The joy of being animal

Human exceptionalism is dead: for the sake of our own happiness and the planet we should embrace our true animal nature