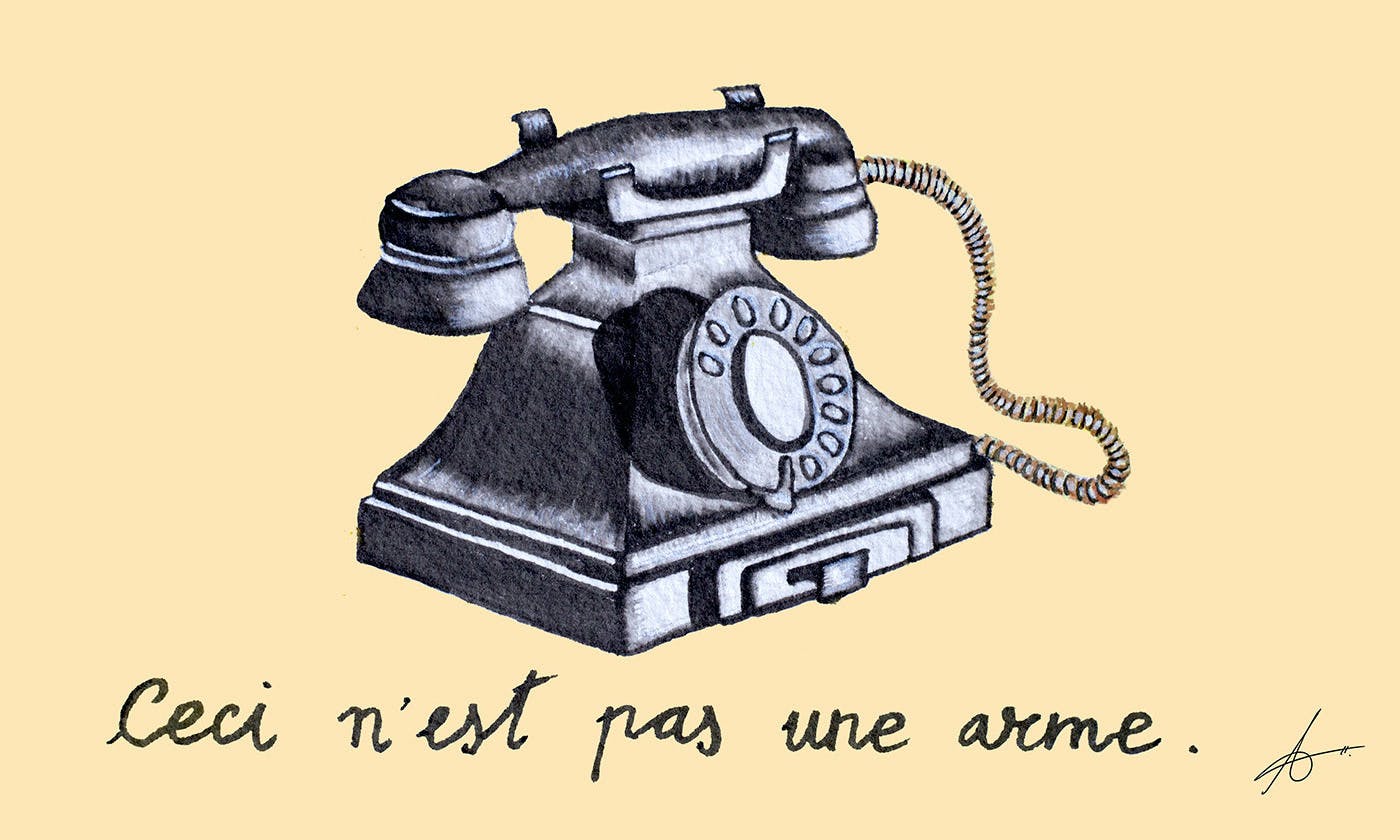 is professor of psychology at Royal Holloway University of London. His research investigates the neural and cognitive mechanisms of self-awareness and social cognition. He is the co-editor with Helena De Preester of The Interoceptive Mind: From Homeostasis to Awareness (2018).

If you’re black in the United States, you’re more than twice as likely as a white person to be unarmed if you’re killed in an encounter with the police. Why? Some kind of racial profiling is at work, but the precise psychological mechanism is poorly understood. Investigations into police shootings show that the officers often perceive cellphones and other non-threatening objects as weapons in the hands of a person of colour. So do police officers misinterpret what they see, or are they actually seeing a gun where there is none?

The classic psychological account would ascribe these mistakes to a failure of executive control, provoked by some external stimulus. That is, the problem comes from the brain’s inability to resolve the conflict between an automatically activated stereotype, and a consciously held egalitarian belief. Seeing a black face might automatically activate the stereotype that black men are more dangerous, leading to activity in brain areas implicated in fear responses. But this automatic response, which could trigger a fight-or-flight reaction, should be suppressed when the fear is irrational. Yet the tensions between automatic and control processes are not always readily resolved, and result in errors.

New strands of work in psychology, neuroscience and philosophy of mind challenge this brain-centric orthodoxy. Researchers of ‘embodied cognition’ focus instead on the brain’s interdependence on physiological processes that allow an organism to sustain itself. From this point of view, the mind must be understood as embedded in a body, and the body as embedded in a physical, social and cultural environment. Reality is not simply out there for the taking, but is summoned via the constant fluctuations of our own organic matter. As the French philosopher Maurice Merleau-Ponty wrote in Phenomenology of Perception (1945): ‘The body is our general medium for having a world.’

Among neuroscientists, it’s increasingly popular to think of the brain not as a passive organ that receives and reacts to stimuli, but as more of an inference machine: something that actively strives to predict what’s out there and what’s going to happen, maximising the chances of staying alive. But the body isn’t simply controlled top-down. Rather, its signals are constantly combining with the brain’s inferences to generate our perception of the world. Imagine you hear a door slamming: you’re more likely to picture an intruder if you’re watching a scary movie than if you’re listening to soothing music. You make that prediction (otherwise quite unlikely) because it accounts for your fast heart-rate and the sound of the door.

We still know very little about exactly how these processes might relate to the phenomenon of racism, but now we have some idea of where to look. If the predictive story of behaviour is correct, perception (including that of the police) suddenly seems a lot closer to belief, and is a lot more embodied, than we used to think. Recent studies highlight the influences of visceral signals across many domains, from emotional processing and decision-making to self-awareness. For example, scary stimuli are judged to be more fearful when presented during heartbeats, rather than between heartbeats.

At my lab at Royal Holloway, University of London, we decided to test whether the cardiac cycle made a difference to the expression of racial prejudice. The heart is constantly informing the brain about the body’s overall level of ‘arousal’, the extent to which it is attuned to what is happening around it. On a heartbeat, sensors known as ‘arterial baroreceptors’ pick up pressure changes in the heart wall, and fire off a message to the brain; between heartbeats, they are quiescent. Such visceral information is initially encoded in the brainstem, before reaching the parts implicated in emotional and motivational behaviour. The brain, in turn, responds by trying to help the organism stabilise itself. If it receives signals of a raised heart-rate, the brain will generate predictions about the potential causes, and consider what the organism should do to bring itself down from this heightened state. This ongoing heart-brain dialogue, then, forms the basis of how the brain represents the body to itself, and creates awareness of the external environment.

In our experiment, we used what’s known as the ‘first-person shooter’s task’, which simulates the snap judgments police officers make. Participants see a white or black man holding a gun or phone, and have to decide whether to shoot depending on the perceived level of threat. In prior studies, participants were significantly more likely to shoot an unarmed black individual than a white one.

But we timed the stimuli to occur either between or on a heartbeat. Remarkably, the majority of misidentifications occurred when black individuals appeared at the same time as a heartbeat. Here, the number of false positives in which phones were perceived as weapons rose by 10 per cent compared with the average. In a different version of the test, we used what’s known as the ‘weapons identification task’, where participants see a white or black face, followed by an image of a gun or tool, and must classify the object as quickly as possible. When the innocuous items were presented following a black face, and on a heartbeat, errors rose by 20 per cent.

Yet in both instances, when the judgment happened between heartbeats, we observed no differences in people’s accuracy, irrespective of whether they were responding to white or black faces. It seems that the combination of the firing of signals from the heart to the brain, along with the presentation of a stereotypical threat, increased the chances that even something benign will be perceived as dangerous.

It’s surprising to think of racial bias as not just a state or habit of mind, nor even a widespread cultural norm, but as a process that’s also part of the ebbs and flows of the body’s physiology. The heart-brain dialogue plays a crucial role in regulating blood pressure and heart rate, as well as motivating and supporting adaptive behaviour in response to external events. So, in fight-or-flight responses, changes in cardiovascular function prepare the organism for subsequent action. But while the brain might be predictive, those predictions can be inaccurate. What our findings illustrate is the extent to which racial and possibly other stereotypes are hijacking bodily mechanisms that have evolved to deal with actual threats.

The psychologist Lisa Barrett Feldman at Northeastern University in Boston coined the term ‘affective realism’ to describe how the brain perceives the world through the body. On the one hand, this is a reason for optimism: if we can better understand the neurological mechanisms behind racial bias, then perhaps we’ll be in a better position to correct it. But there is a grim side to the analysis, too. The structures of oppression that shape who we are also shape our bodies, and perhaps our most fundamental perceptions. Maybe we do not ‘misread’ the phone as a gun; we might we actually see a gun, rather than a phone. Racism might not be something that societies can simply overcome with fresh narratives and progressive political messages. It might require a more radical form of physiological retraining, to bring our embodied realities into line with our stated beliefs.