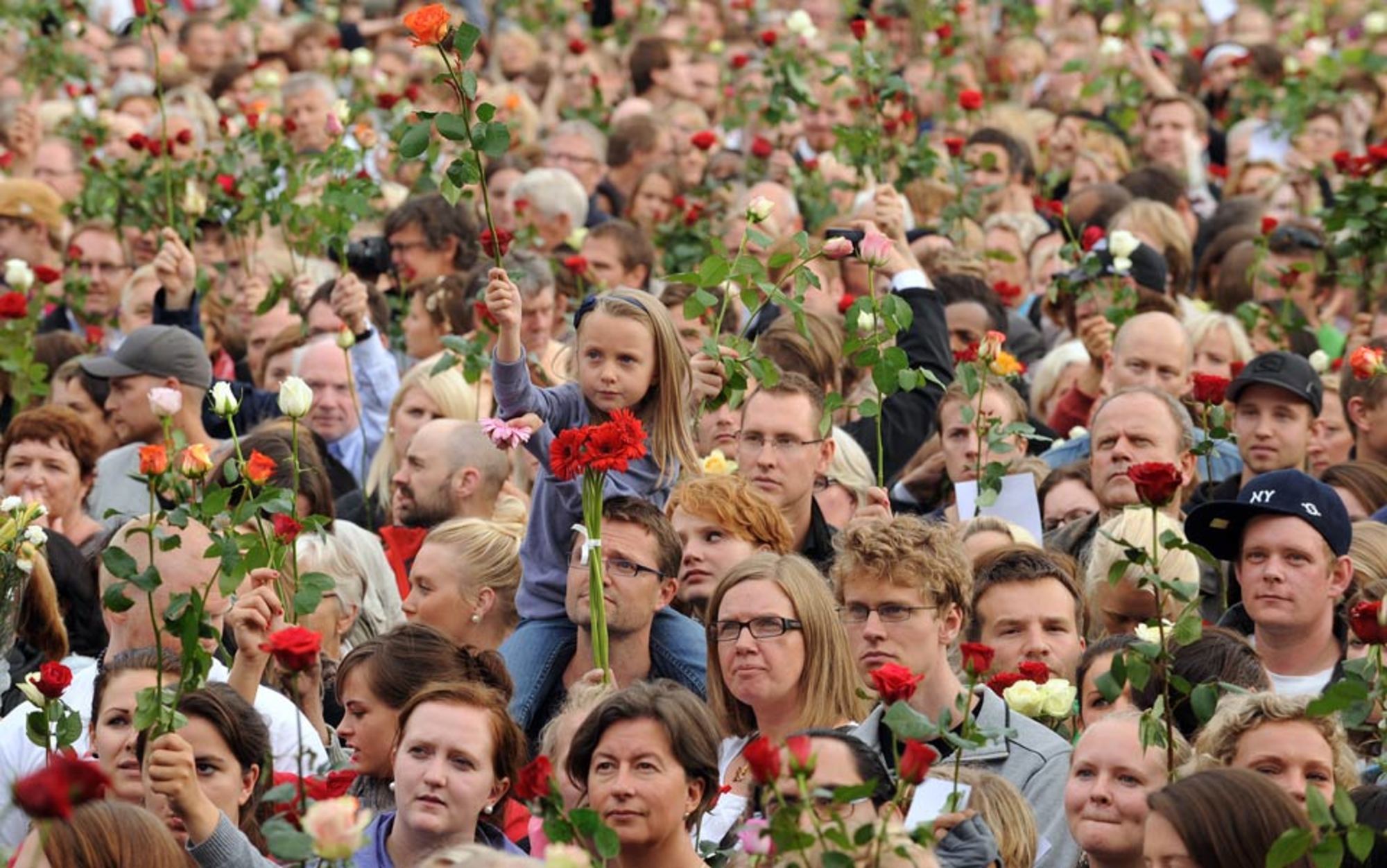 The ruling that Anders Breivik is sane leaves his ideas unchallenged. We need a new verdict for crimes of vainglory

is executive director and senior research fellow of the Leverhulme Centre for the Future of Intelligence at the University of Cambridge. A philosopher by training, he has also served as a British diplomat, and written widely on philosophical and scientific subjects, including for The New York Times, The Atlantic, Guardian and others.

Anders Behring Breivik has been declared sane and criminally responsible for the murder of 77 innocents. But the debate about our proper response to him and other such killers will continue, for the simple reason that they present us with a grim dilemma. This can perhaps best be seen in the terrible irony that the surviving victims and victims’ families welcomed the verdict, and so did Breivik himself: the victims because it made him accountable; Breivik because he believes it shows his odious ideology to be legitimate. To resolve this dilemma, I suggest a new category of criminal act, which ascribes full responsibility to a killer for his crimes while making clear that the perpetrator is none the less risible, self-regarding and delusional. We could call it the Herostratic crime.

Herostratus was a young man about whom we know only one fact: that on the night of 21 July 356 BCE, he set fire to the Temple of Artemis at Ephesus. This temple, 120 years in the building, was one of the seven wonders of the world. Visited by pilgrims, kings and tourists, it was gargantuan: some 400 feet long, 180 feet wide and 40 feet high — the size of a football stadium. By all accounts, it was sublime. The fire destroyed it utterly. Herostratus did nothing to hide his guilt, but gave himself up freely and, like Breivik, admitted his crime. When asked why he had committed this terrible act, he replied: to become famous.

To discourage copycats, Herostratus was not only tortured and executed. He was also subjected to a damnatio memoriae — the damnation of a man’s memory through banning (on pain of death) all mention of his name. This is a stark contrast to the worldwide blanket media coverage that has made Breivik one of the most talked about men on earth. The coyness of some ancient commentators with regard to the fire suggests that the damnatio memoriae was widely respected for centuries afterwards. Nonetheless, Herostratus’s name was not entirely forgotten, and has lived on as a byword for the destructive pursuit of notoriety.

The Greeks understood that the importance of the hero-cult in their society risked fostering anti-heroes such as Herostratus. And they understood that those who would choose this route did not fear death, but rather obscurity and ridicule. Hence the damnatio memoriae was not only the most fitting punishment, but the best deterrent to would-be copycats.

Our society is every bit as obsessed with fame as the ancient Greeks were with glory. Yet it is not clear that we understand nearly so well how to deal with those who seek celebrity through some wicked but dramatic act: assassinating a president or a pop star, blowing up a building, or gunning down high-school students. Many modern commentators struggle with the dilemma of feeling bound to report on a dreadful event with wide cultural significance, and at the same time knowing that through doing so they are giving Breivik and his ilk just the attention they seek. The reality is that modern technologies and mores make a damnatio memoriae inconceivable today. Obscurity, therefore, cannot be imposed on present-day Herostratuses. Ridicule and contempt, however, can.

Breivik, of course, denies that his motivation is purely narcissistic, even though according to one of the psychiatrists’ reports he described himself as an ‘attention-seeking whore’. Instead, he is keen to foreground his ideology — a world view in which he takes on the role of the crusading knight battling the forces of darkness. Though an intellectually bankrupt patchwork of conspiracies and half-truths, this ideology is crucial to him and to those who might be tempted to emulate him. Without it, he is not the martyr to justice he wants to be, but a murderer of innocents. It enables him to sit in the courtroom across from the bereaved relatives of his victims and make the hideous claim that he would do it all again: that his actions were, as he put it, ‘based on goodness not evil’.

That his ideology legitimates, for Breivik, his actions and ascribes him the role of hero is why he is afraid of being dismissed as a raving lunatic. It is also why it is crucial, both as the proper punishment and as the proper deterrent to would-be emulators, that his ideology is indeed dismissed as the self-justifying rantings of a narcissist. The leader of the far-right English Defence League, Stephen Lennon, has already been reported as saying that the Norwegian court’s ruling ‘gives a certain credibility’ to Breivik’s ideology. The dilemma that the judges faced was that they could only dismiss his mad 1,500-page manifesto and self-serving world-view by deciding that Breivik was suffering from a serious mental illness such as psychosis, which would have resulted in him not being criminally responsible for his actions.

The judges rightly decided that this was unacceptable: just as satisfaction for the victims and their families requires that Breivik be held fully accountable for his crimes, so does the possibility of regarding him with the appropriate contempt. It is manifestly not right to mock or scorn those who are genuinely mentally ill. So let Breivik be sane — he does not, in any case, quite fit any of the current diagnoses that would prevent him from being accountable for his actions. Though he demonstrates some symptoms of narcissism, delusion, and perhaps schizophrenia and psychopathy, it is none the less clear that he meticulously and rationally planned his crime. Though he shows no remorse, he shows every sign of being aware of its seriousness (indeed, he revels in it). He is rightly, therefore, held to be answerable.

At the same time, the verdict needs to communicate that his ideological grandstanding is not a rational political agenda, but a contrivance of perverted vanity. This would be the function of categorising this and similar killings as a Herostratic crime. Rather loosely, this would be a serious, premeditated crime committed in full knowledge of its gravity, motivated by narcissism or attention-seeking, often in the name of some supporting ideology with delusional elements. The first part of the definition — that the crime be premeditated and done in full knowledge of its gravity — is intended to establish criminal responsibility; the second part, the narcissistic motivation, should make clear that the claimed justification is unserious, self-serving and rather makes the crime more, not less heinous.

One might hope it would be clear to all that there is nothing more despicable, less heroic and less honourable than shooting unarmed children on a small island from which they could not escape. But Breivik’s ideology is an attempt to make exactly this unclear; to make his abominable act seem noble. The point of branding it a Herostratic crime would be to wipe away this obfuscation and reveal it for what it is: the most ignominious of offences. Progressive societies such as Norway would be unlikely to include old-style public humiliation — stocks and pillories, say — in the punishment, but a conviction for a Herostratic crime should at least send the signal to the media that the murderer ought to be mocked for his vainglory.

Lawyers and psychiatrists would be needed to work out the details (I’m neither). But as an overarching category that ascribes a particular viciousness to a range of crimes when committed under certain circumstances, it has a precedent: the idea of the ‘crime against humanity’. This also covers a range of serious offences — not just mass murder, but also, for example, the systematic use of rape or torture — that fulfil certain additional requirements, such as being planned, being widespread, and making an affront to human dignity. Though open to interpretation, such a category makes clear that not every killing is the same; that differences in scale or motivation demand different responses from society.

It would not always be easy to decide whether a crime had a narcissistic motivation or whether its supporting ideology was delusional (for example, with respect to Islamic suicide bombers). Judges, however, are used to making such nuanced decisions. As we have just seen, it was not easy to decide if Breivik was sane. And there is actually a fairly clear pattern to Herostratus-style cases: they are, for example, invariably perpetrated by marginalised young men (between the ages of 18 and 40) with no prior history of serious mental illness, and they are well planned. But most importantly, they act out some kind of culturally established script of the hero or anti-hero, whether the knight templar, or the Joker from the Batman movies, or the Rambo-style ‘lone wolf’ gunman.

Therefore, the point of convicting someone of a Herostratic crime would be to say: we hold you accountable, but also find you risible. It should send the message that we as a society have seen through your attempt to hide your villainy with a veil of ideology; that we regard your views as nothing more than the product of a pathetic craving for attention that is so self-regarding that it has no compunction about sacrificing the lives of others. If Breivik was sentenced as a Herostratus, his victims — and would-be emulators — would know that he would not only be locked up for a very long time, but that he was universally regarded as nothing but a vain and deluded brute. 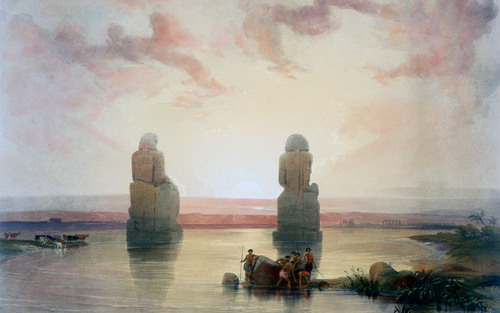 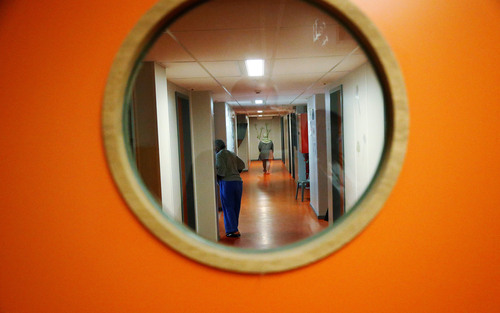 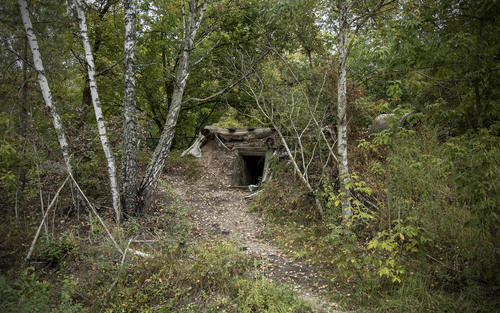 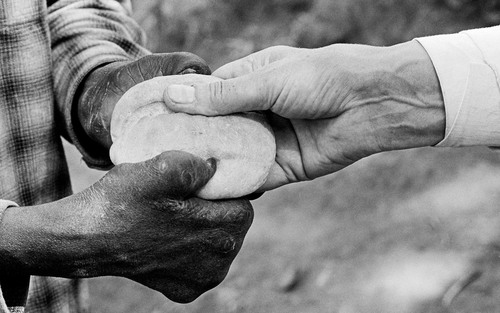 The gifts we exchange are both generous and yet fraught with social rules and obligations. Marcel Mauss explained why 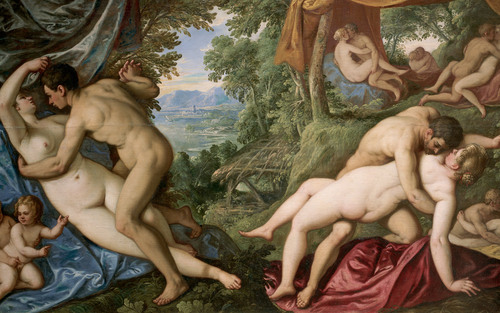 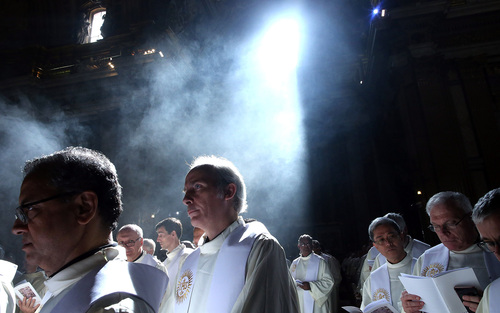 Jesuits in the boardroom

As corporations struggle to survive in a more uncertain world, they should look to the success of the Society of Jesus