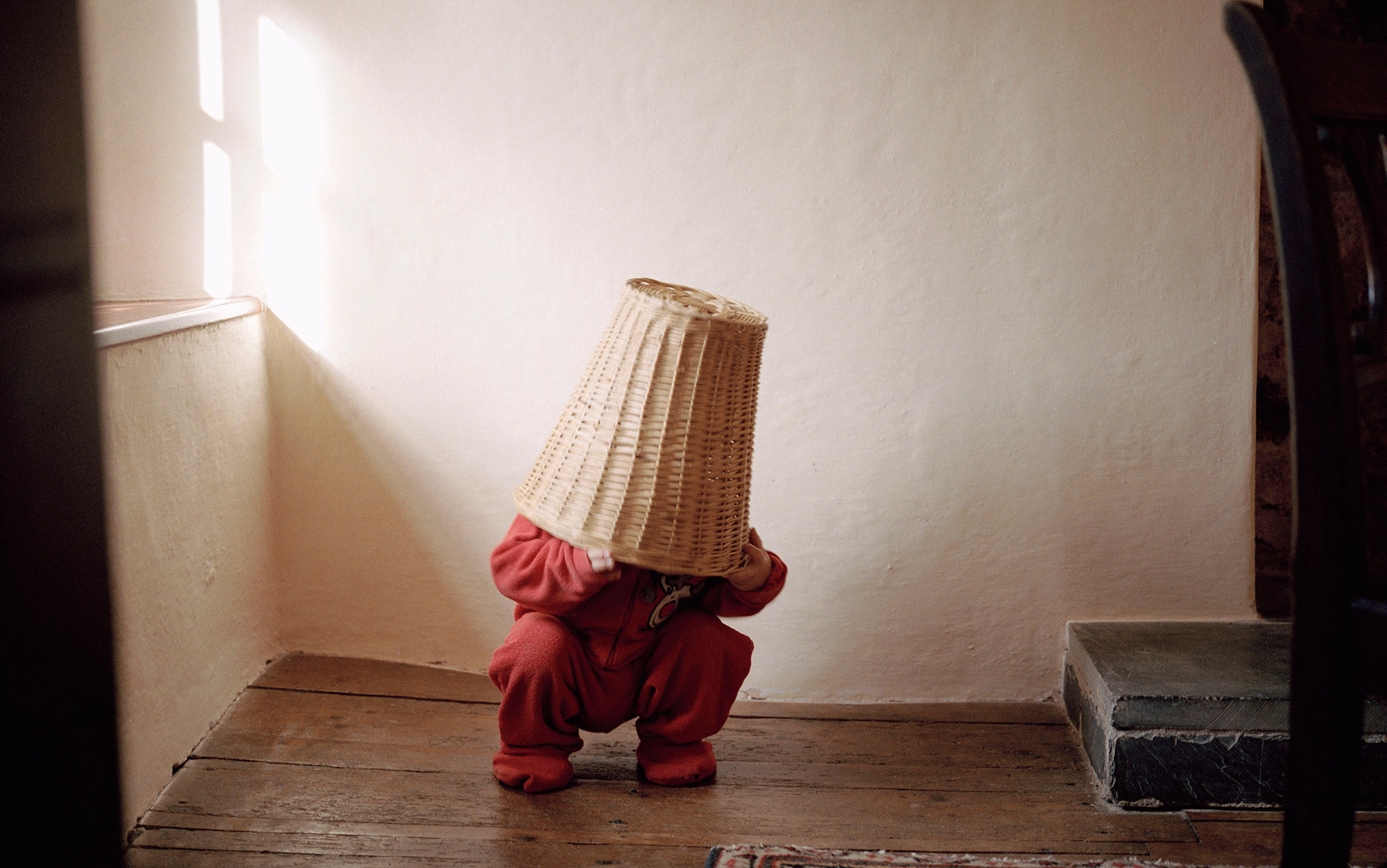 Once parents felt children needed a little fear to grow up well. Today they are desperately protective. What went wrong?

is a sociologist and social commentator. Formerly professor of sociology at the University of Kent in Canterbury, he has written numerous books, the latest of which is How Fear Works (2018).

How much fear, anxiety and risk can children handle? Until the late 19th century, most people thought that the answer was quite a lot. Aristotle himself said that education might be defined as teaching us to fear aright. It was widely believed that a sense of fear made a positive contribution to the formation of a child’s character. That fear was regarded as essential for the education of children was spelled out by the Church Missionary Society in 1819, when it stated that ‘it is necessary, that children fear the Schoolmasters’. Children’s experience of fear was sometimes portrayed as essential for developing their powers of imagination and creativity. For example in 1848, the Christian Register advised parents that a ‘child who has never known any kind of fear can have no power of imagination: can feel no wonder, no impulse of life, nor awe or veneration’.

Contrast to the culture of today, where entertainment is age-appropriate; where the wrong word (or microaggression) is said to trigger an anxiety attack; where the ultimate fear, of separation, is seen as so damaging that, if not managed well, can ruin the child for life. Childhood fears, and fear of those fears, seem ubiquitous: Fear of bullies, not to mention active shooters and public gatherings. Fear of wars and accidents streaming in through the TV. Most modern parents would no more try to frighten a child than they would beat the child with whips or send that child to a year of hard labour on a chain gang, but feel stymied by the onslaught of the world. We are mightily attuned to children’s fears, and strive to blunt them at all cost.

Transition from the old attitude to the new can be traced to the late 19th century and the emerging science of psychology. The emotion of fear once celebrated as formative became decried as harmful to children, with pioneering psychologist G Stanley Hall leading the charge against the pernicious impact of the feeling in children’s lives. His studies, carried out in the 1890s, called for a reorientation. Instead of viewing children’s fear as a normal feature of their lives, and what Aristotle called the schoolmaster of the world, he argued that they should see it as a threat to health. Hall called out the danger of ‘morbid fears or phobias, of which medical literature records many score’. In Aspects of Child Life and Education (1921), Hall said that his studies revealed ‘how many forms of arrest and even mental perversion are due to unwise fears’. And he had another insight: these ‘unwise fears’ were often attributable to incompetent parenting.

Hall’s views were widely accepted by psychologists, parenting experts and educators. One advice columnist in The Mother’s Magazine in 1917 demanded that the authorities ‘step in and prevent us from making mental defectives and moral cripples of our children’. The anonymous author asserted that ‘fear is a disease which usually can be traced to wrong training and mistreatment’.

The claim that the emotion of fear was a threat to the wellbeing of children gained still more ground during the decades leading up to the outbreak of the Second World War. Advice on childrearing now assigned to parents the role of guardians against their infant’s fears. John Watson, the founder of behavioural psychology, argued that ‘the main job of the parent should be to prevent fears, since some fears are extremely difficult to cure’.

Guidance on parenting suggested that fear was a complex and dangerous problem, and charged adults with the task of insulating children at every turn. Thus an advice column in 1934 on ‘The Conquest of Fear: Modern Methods in the Nursery’ exhorted ‘mother and nurse’ to ‘avoid all reason for rousing fear’. Mothers who failed to grasp the damage that fear inflicted on children were often condemned in alarmist and moralistic tones. ‘The average mother of today understands these mental and spiritual enemies, these psychological foes lurking to prey upon her child as little as her grandmother understood the physical danger of germs,’ wrote one commentator in McClure’s Magazine in 1922. Some experts worried about the inability of parents to manage fears in children, who now were considered far more fragile than previously thought.

It was frequently claimed that homework caused ‘crooked spines, night terrors and nervous breakdowns in children’

The growing idea of childhood fragility in the 1920s and ’30s was paralleled by the emergence of a child-centred parenting culture, especially among the middle classes. Parents as well as educators were warned that they were responsible for protecting children from threats to their mental health. One commentator criticised parents for putting too much pressure on their children, warning that ‘at various points along this thorny pathway which leads from the nursery to the college degree, children and adolescents are breaking down under the strain’. Parental pressure and discipline were indicted for causing fear and anxiety in children. Parents were told to validate their children, to encourage them rather than reprimand, and to stop putting them under so much pressure.

In the 1930s the call to insulate children from fear was also embraced by educators. As one teacher wrote in the Journal of Education in 1939, ‘many boys and girls suffer from fear’ and ‘I am ashamed to admit that school often makes the situation worse.’ Others argued that homework and exams could place children under unreasonable pressure and stress. It was frequently claimed that homework caused ‘crooked spines, night terrors and nervous breakdowns in children’. In response to these assertions, public schools in New York banned homework until the fourth grade, and in San Diego until the eighth grade.

At first, it was only a minority of mainly middle-class parents who answered the call to soften discipline and constantly reassure their children. But gradually, the adoption of psychologically informed techniques to manage children’s fears became equated with the practice of responsible parenting.

Despite the fear of fear, for decades most people believed that a certain amount of adversity could boost resilience. Children surviving disasters were more resilient, experts argued, especially if their family served as a source of emotional support. But by the mid-1970s the tone began to change: researchers began to scrutinise the matter more carefully, calling into question the extent of children’s resilience and highlighting their vulnerability instead. By the 1980s, the term ‘vulnerable child’ came into common usage; this was seen not as a specific problem unique to some children, but an existential state found in all.

A study of the concept shows that in most published literature the vulnerable child is treated as a relatively self-evident characteristic of childhood. It is a taken-for-granted idea that is rarely elaborated; children are considered vulnerable as individuals by definition, through both their physical and other perceived immaturities. Moreover, this state of vulnerability is presented as an intrinsic attribute.

The belief that children are defined by their vulnerability has encouraged an unrelenting tendency to inflate the threats facing them. What I call the ‘diseasing of childhood’ has acquired its own inner logic. The significance of this trend is highlighted in work from the psychologist Nick Haslam at the University of Melbourne, who reports that, since the 1980s, key terms used by social psychologists such as ‘abuse’, ‘bullying’ and ‘trauma’ have been applied to a growing range of experiences. Specifically, the terms are increasingly applied to situations that would have previously been interpreted as unpleasant but not trauma-inducing.

The new view reflects the current trend of regarding virtually every dimension of childhood through the lens of fear. But these fears rarely emerge directly from the experience of children. It’s not the traditional concerns of children, such as the fear of the dark or the fear of being abandoned by parents that are highlighted in the 21st-century narrative of fear. Instead, children’s fears are mediated through the adult’s imagination and often express anxieties lurking in parents’ minds. Fear of fragile identities, fear of failure, fear of low self-esteem, fear of falling standards, fear of the pernicious effects of exams on students’ mental health, fear about competition and competitive sports and fear about discipline are recurring themes in debates on education. Often, the spectre of these fears is magnified, and anxieties about the fragile child acquire a life of their own.

So have children become more fearful than in the past? Unfortunately this is not a question that can be answered with any degree of scientific precision. However, what is evident is that the rhetoric of fear and vulnerability is far more frequently expressed and associated with childhood today than in previous times. Children’s fears and adults’ fear for their children are often discussed interchangeably and agonised about far more than at any time previously. Indeed, there is now a veritable literature that blames parental fears for making their children fearful. Parents who have for decades been advised to shield their children from fear today stand accused of being responsible for making their kids afraid.

Fearful ‘helicopter parents’ are often criticised for restraining the healthy development of their child. A study published in the journal Development Psychology this June concluded that ‘children with overcontrolling parents may be less able to manage the challenging demands that come with entering and navigating through the school environment’. Others argue that helicopter parenting thwarts a child’s ‘basic psychological need for autonomy and competence’. Some go so far as to associate the mental-health crisis afflicting colleges and universities on a generation of parents ‘riddled with fear’.

Critics of helicopter parenting overlook the powerful cultural pressures that have forced many mothers and fathers to adopt this practice. Instead of bombarding parents with a constant stream of warning and advice, so-called experts should ease up, and reflect on the perverse outcome of their contradictory advice. The world of childhood would be a much better place if society learned to trust parents, and stopped trying to make them so afraid. 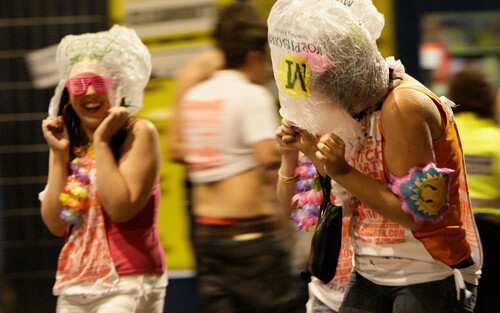 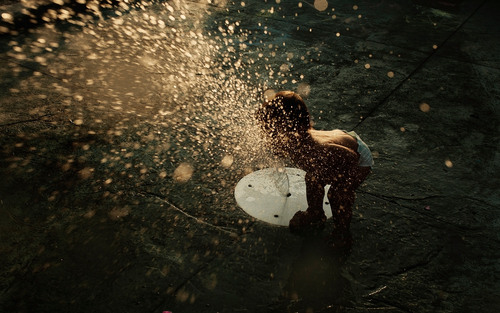 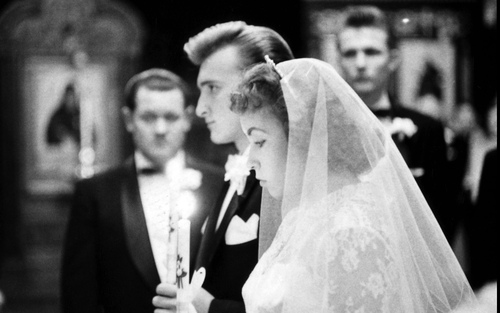 Contemporary wisdom says that happiness is the measure of a marriage. But is that a harmful way of judging relationships? 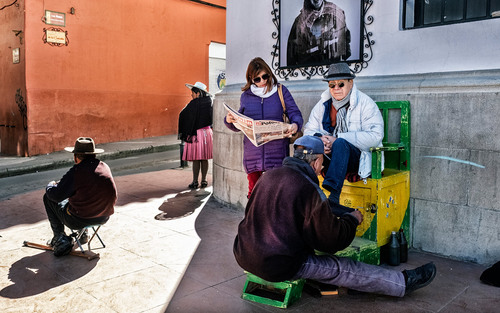 Through the eyes of another

It’s impossible to shed our individual biases. So the best way to establish objectivity is by taking on new perspectives 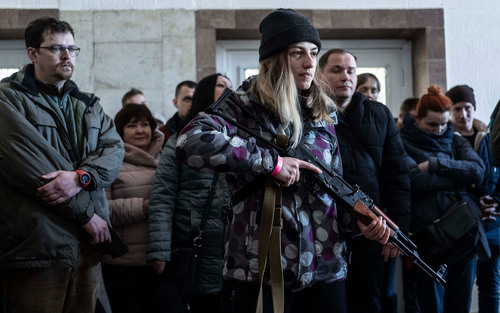 The will to fight

Throughout history, the most effective combatants have powered to victory on commitment to core values and collective resolve