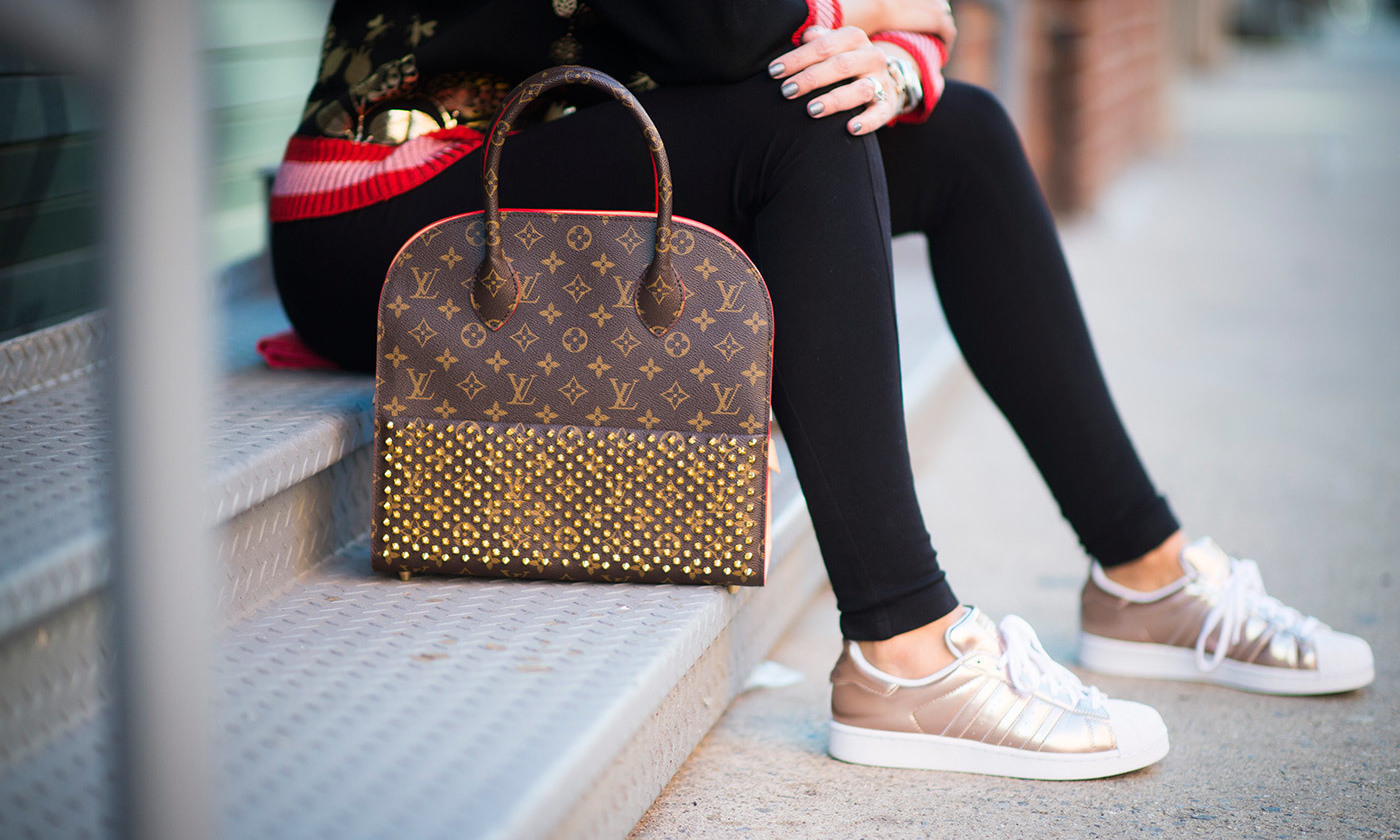 is the James Irvine Chair in Urban and Regional Planning and professor of public policy at the Price School, University of Southern California. Her latest book is The Sum of Small Things: A Theory of the Aspirational Class (2017). She lives in Los Angeles.

In 1899, the economist Thorstein Veblen observed that silver spoons and corsets were markers of elite social position. In Veblen’s now famous treatise The Theory of the Leisure Class, he coined the phrase ‘conspicuous consumption’ to denote the way that material objects were paraded as indicators of social position and status. More than 100 years later, conspicuous consumption is still part of the contemporary capitalist landscape, and yet today, luxury goods are significantly more accessible than in Veblen’s time. This deluge of accessible luxury is a function of the mass-production economy of the 20th century, the outsourcing of production to China, and the cultivation of emerging markets where labour and materials are cheap. At the same time, we’ve seen the arrival of a middle-class consumer market that demands more material goods at cheaper price points.

However, the democratisation of consumer goods has made them far less useful as a means of displaying status. In the face of rising social inequality, both the rich and the middle classes own fancy TVs and nice handbags. They both lease SUVs, take airplanes, and go on cruises. On the surface, the ostensible consumer objects favoured by these two groups no longer reside in two completely different universes.

Given that everyone can now buy designer handbags and new cars, the rich have taken to using much more tacit signifiers of their social position. Yes, oligarchs and the superrich still show off their wealth with yachts and Bentleys and gated mansions. But the dramatic changes in elite spending are driven by a well-to-do, educated elite, or what I call the ‘aspirational class’. This new elite cements its status through prizing knowledge and building cultural capital, not to mention the spending habits that go with it – preferring to spend on services, education and human-capital investments over purely material goods. These new status behaviours are what I call ‘inconspicuous consumption’. None of the consumer choices that the term covers are inherently obvious or ostensibly material but they are, without question, exclusionary.

The rise of the aspirational class and its consumer habits is perhaps most salient in the United States. The US Consumer Expenditure Survey data reveals that, since 2007, the country’s top 1 per cent (people earning upwards of $300,000 per year) are spending significantly less on material goods, while middle-income groups (earning approximately $70,000 per year) are spending the same, and their trend is upward. Eschewing an overt materialism, the rich are investing significantly more in education, retirement and health – all of which are immaterial, yet cost many times more than any handbag a middle-income consumer might buy. The top 1 per cent now devote the greatest share of their expenditures to inconspicuous consumption, with education forming a significant portion of this spend (accounting for almost 6 per cent of top 1 per cent household expenditures, compared with just over 1 per cent of middle-income spending). In fact, top 1 per cent spending on education has increased 3.5 times since 1996, while middle-income spending on education has remained flat over the same time period.

The vast chasm between middle-income and top 1 per cent spending on education in the US is particularly concerning because, unlike material goods, education has become more and more expensive in recent decades. Thus, there is a greater need to devote financial resources to education to be able to afford it at all. According to Consumer Expenditure Survey data from 2003-2013, the price of college tuition increased 80 per cent, while the cost of women’s apparel increased by just 6 per cent over the same period. Middle-class lack of investment in education doesn’t suggest a lack of prioritising as much as it reveals that, for those in the 40th-60th quintiles, education is so cost-prohibitive it’s almost not worth trying to save for.

While much inconspicuous consumption is extremely expensive, it shows itself through less expensive but equally pronounced signalling – from reading The Economist to buying pasture-raised eggs. Inconspicuous consumption in other words, has become a shorthand through which the new elite signal their cultural capital to one another. In lockstep with the invoice for private preschool comes the knowledge that one should pack the lunchbox with quinoa crackers and organic fruit. One might think these culinary practices are a commonplace example of modern-day motherhood, but one only needs to step outside the upper-middle-class bubbles of the coastal cities of the US to observe very different lunch-bag norms, consisting of processed snacks and practically no fruit. Similarly, while time in Los Angeles, San Francisco and New York City might make one think that every American mother breastfeeds her child for a year, national statistics report that only 27 per cent of mothers fulfil this American Academy of Pediatrics goal (in Alabama, that figure hovers at 11 per cent).

Knowing these seemingly inexpensive social norms is itself a rite of passage into today’s aspirational class. And that rite is far from costless: The Economist subscription might set one back only $100, but the awareness to subscribe and be seen with it tucked in one’s bag is likely the iterative result of spending time in elite social milieus and expensive educational institutions that prize this publication and discuss its contents.

The Sum of Small Things: A Theory of the Aspirational Class by Elizabeth Currid-Halkett is out now through Princeton University Press.

is the James Irvine Chair in Urban and Regional Planning and professor of public policy at the Price School, University of Southern California. Her latest book is The Sum of Small Things: A Theory of the Aspirational Class (2017). She lives in Los Angeles.

aeon.co
Economics Fairness and equality Social psychology
07 June, 2017
Republish for free
Aeon is not-for-profit
and free for everyone
Make a donation
Get Aeon straight
to your inbox
Join our newsletter
Video/
Future of technology
Ceramic coral reefs and sawdust houses – the architects 3D-printing the future from scratch