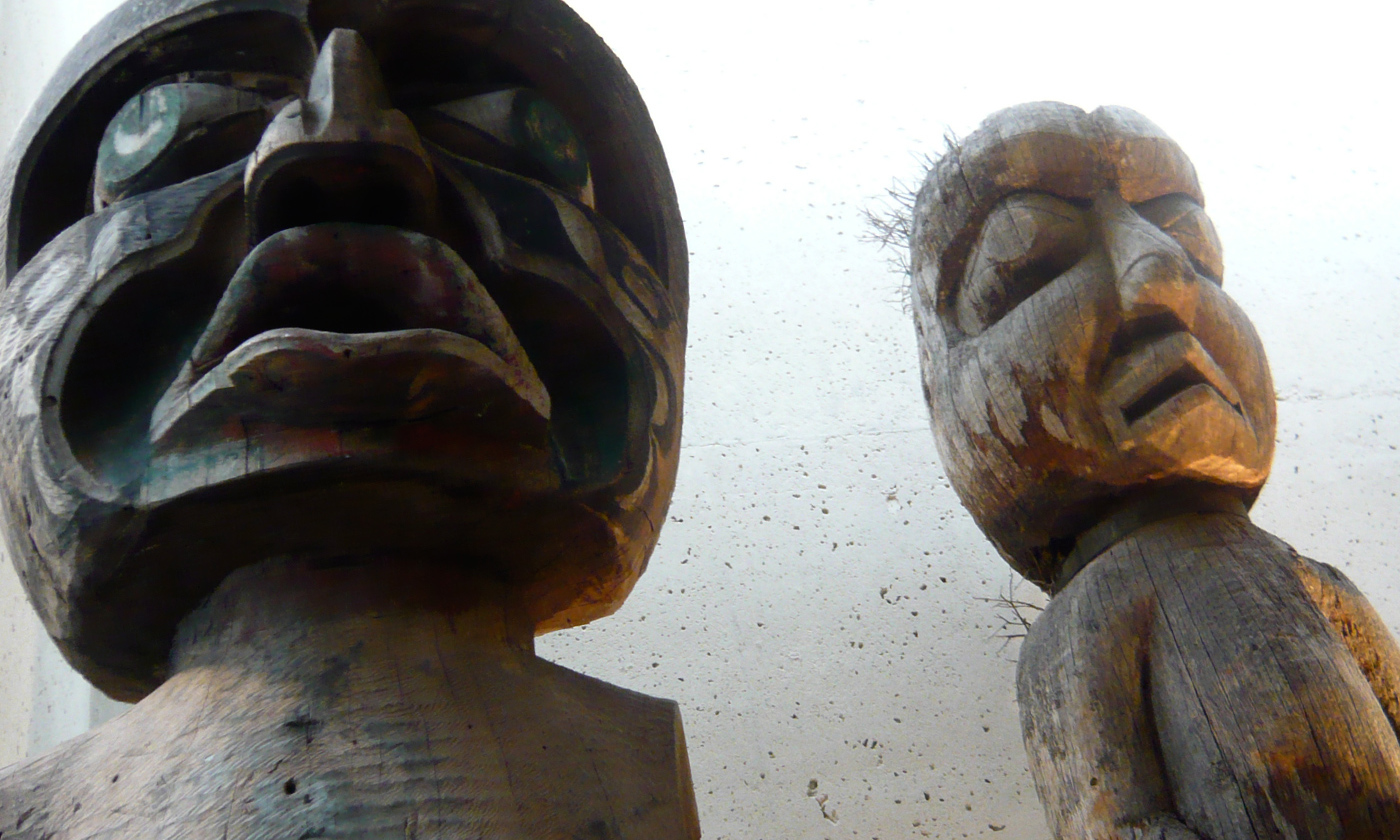 is a sociologist and writer, and the culture editor of Sociology Compass. Her work has been published in The Scotsman, The Spectator and The Guardian, among others. She is the author of Keeping Their Marbles (2016). She lives in London and Edinburgh.

Objects that once adorned display cases in museums around the world are disappearing from view. In recent decades, dramatic wooden Iroquois face masks, crafted by the nations and tribes of indigenous people of North America, have been taken off the shelves. Rattles and masks made by the Coast Salish peoples of the Pacific Northwest, in British Columbia, have been moved to restricted areas of museum storerooms. And at the National Museum of Australia in Canberra, ‘secret/sacred’ Aboriginal objects have been separated from the main collection: only tribal members of particular standing are permitted to see them.

Such removals are political, enacted in the name of decolonisation and the right to self-determination of Native peoples. By way of restitution, argues the museum scholar Janet Marstine of the University of Leicester, ‘Institutions need to develop long-term relationships with source communities built on trust.’ ‘Source communities’ is the buzzword for groups of people, or tribes, considered to be affiliated to the artefacts, and Marstine believes that they should control the interpretation of the past. That includes how cultural artefacts are understood, presented and stored in museums – and if they are displayed at all.

The idea that one culture ‘owns’ a particular heritage is having a profound impact on museums. Just as campaigners are urging the nations of Greece and Turkey to see themselves as the true owners of cultural artefacts – such as the Parthenon marbles, or sculptures from the Mausoleum at Halicarnassus, both in the British Museum – so too do activists and sympathetic museum professionals, who are facilitating these removals, consider certain indigenous peoples – Native Americans, Aboriginal people, First Nations – the primary, if not sole, arbitrators of their history and cultural artefacts. Lissant Bolton, a keeper at the British Museum, puts the point like this: ‘In the Australian context, this means that any Indigenous Australian is understood to have a greater right to speak about any Aboriginal object than any non-Indigenous Australian.’

The National Museum of the American Indian (NMAI), which opened on The Mall in Washington, DC in 1990, has been at the forefront of implementing new museums and policies that make formal concessions to particular groups on the basis of their ethnicity. The US arts journalist Edward Rothstein calls the NMAI and its ilk ‘identity museums’.

The devolving of authority at the NMAI embraced a range of activities, including who designed and built the museum, who selects what is in the collection, and how it is interpreted and presented – as well as how artefacts are conserved, and who can see them. In a similar spirit, in 1993 the Council of Australian Museum Associations endorsed a document, now titled Continuous Cultures, Ongoing Responsibilities, which set a new bar by compelling institutions to work collaboratively with indigenous groups on all aspects of running a museum. The premise behind this move was that indigenous people should be the ones to tell and organise their history: only Native Americans can speak for and tell the story of Native Americans. The Maori for the Maori. Aboriginal groups for the Aboriginal past.

The motives are understandable. Colonisation had a devastating impact on indigenous peoples. But the new identity museums are troubling on many levels – and not just because material is taken off display. Imagine if a museum was established, with public money (the NMAI is federally funded), where white people from one geographical area – sometimes only white men with status – were given the authority to decide what exhibits visitors could and couldn’t see. There would quite rightly be outrage.

Instead of decolonising museums, the new practices echo and reinforce a racial discourse. They present an idea of culture as fixed and immutable – something people own by virtue of biological ancestry. This racial view of the world should trouble us.

We need to ask who speaks for the relevant indigenous community, and on what basis. Even who qualifies as indigenous is a vexed question, as is the fact that ‘the indigenous’ rarely speak with one voice. Ethnocentric policies therefore tend to vest authority in anointed chiefs and elders (local equivalents of the privileged white male), without asking how many and which tribal members need to subscribe to the traditional view for it to remain authoritative. What about those who disagree? And what about those who want to change it, or challenge it from within?

It also follows, according to the logic of identity museum practice, that those outside the culture cannot truly understand it because they’ve never experienced it. It’s an approach that creates barriers between people. And also between people and artefacts. It advances the idea that cultures are separate and irreconcilable. When Seddon Bennington was chief executive of the Museum of New Zealand Te Papa Tongarewa in Wellington – formally a bi-cultural museum – he articulated precisely such a view: ‘There is a Western way of seeing the world and a Matauranga Māori way. The rest of the world cannot tap into Māori wisdom.’

But handing over the right to narrate history to those with the approved ethnicity is not the way that knowledge works. The pursuit of truth and the understanding of history must be open to everybody, regardless of class, ethnicity or gender. There must be universal access. That is how questions can be explored, and old forms of authority challenged.

We often hear about the problem of hidden histories, invisible and unheard because the stories of women and minorities have been written out of mainstream narratives. But identity museums are guilty of the same sin of omission, since surrendering the authority to shape museum collections to indigenous communities hinders the understanding of the very people it claims to help. It creates an idealised version of the past – one that never accounts for itself, because it cannot be questioned.

The US anthropologist Michael Brown has observed how all kinds of information about past indigenous people, particularly religion, is now deemed ‘culturally sensitive’ and unsuitable for public discussion in these museums, leaving mainstream accounts of Native religion with little to report but ‘generic spirituality’. The effect has been to make it impossible to research indigenous life. And, paradoxically, to drain it of the individuality that earned it its distinction in the first place.

For more on the debates on museums and cultural possessions, see Tiffany Jenkins’s new book, Keeping Their Marbles, out now through Oxford University Press.

is a sociologist and writer, and the culture editor of Sociology Compass. Her work has been published in The Scotsman, The Spectator and The Guardian, among others. She is the author of Keeping Their Marbles (2016). She lives in London and Edinburgh.

aeon.co
Subcultures Art Anthropology
18 March 2016
Republish for free
Aeon is not-for-profit
and free for everyone
Make a donation
Get Aeon straight
to your inbox
Join our newsletter

Leonard Bernstein (far right) with members of the Ex-Concentration Camp Orchestra on 10 May 1948 in Munich, Germany. Bernstein was on a working tour of Europe when he conducted this small orchestra comprised of Holocaust survivors at a displaced persons camp. Photo courtesy of Sonia Beker, United States Holocaust Memorial Museum

Essay/
Meaning and the good life
Humanity at night

A violinist plays in a concentration camp. A refugee carries a book of poetry. Art sustains us when survival is uncertain