Gossip was a powerful tool for the powerless in Ancient Greece 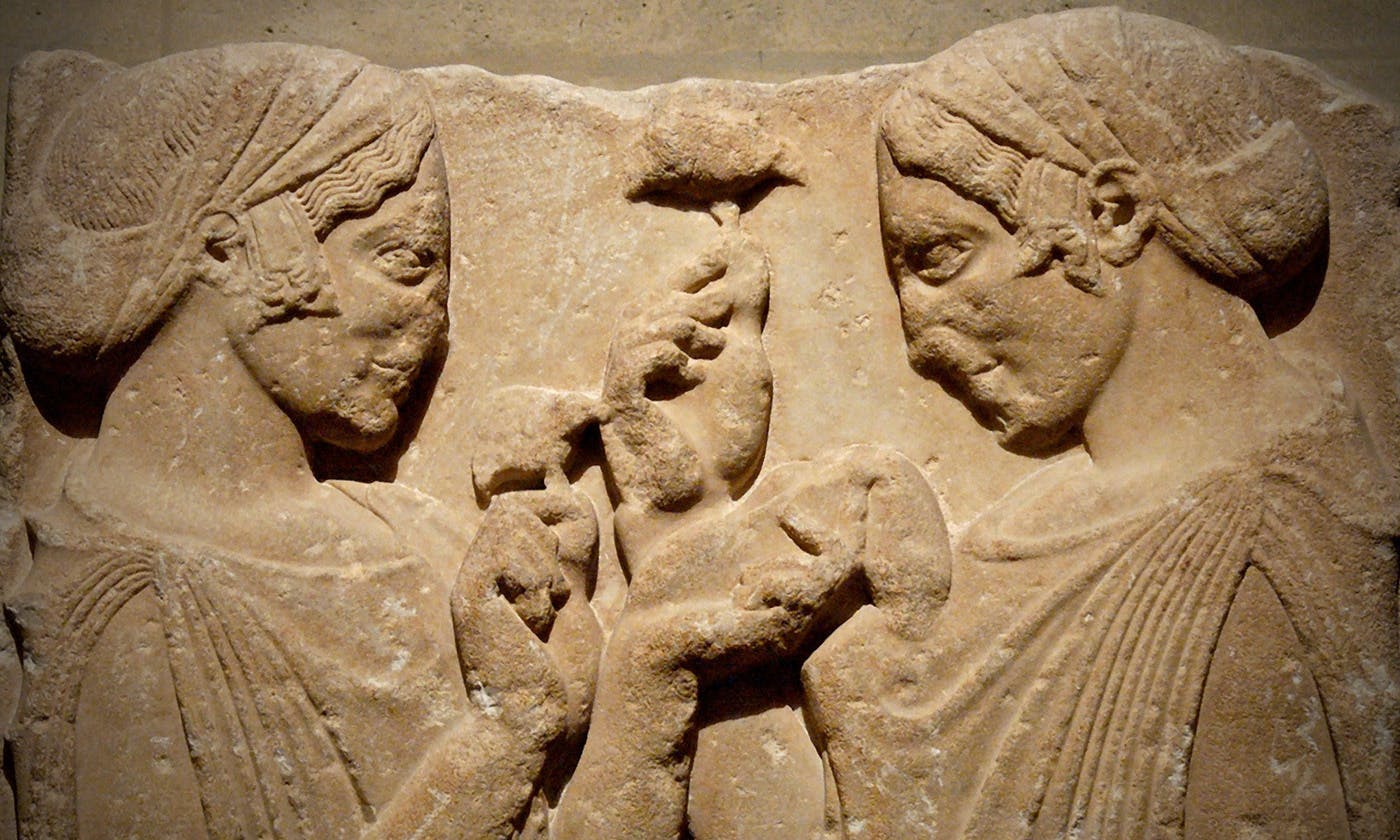 is professor of Classics at the University of Roehampton, London. She is the author of Revenge in Athenian Culture (2008) and co-editor with Lesel Dawson of Revenge and Gender in Classical, Medieval and Renaissance Literature (2018).

At the heart of the greatest works of Ancient Greek literature are mighty acts of revenge. Revengers overcome their enemies through superior physical prowess, as when Achilles kills Hector in a single combat to avenge the death of his comrade Patroclus; or through their employment of trickery and deceit, as when Medea slays Creon and his daughter by using poisoned clothing in revenge against Jason, her unfaithful husband. But how could a person lacking in physical strength, magical abilities or supportive friends take revenge? Low-status women without strong family connections were among the weakest in Ancient society but they wielded a powerful weapon in ensuring the demise of a hated enemy: gossip.

Idle gossip or rumour is personified by the Ancient poets. In Homeric epic, rumour is said to be a messenger of Zeus, rushing along with the crowds of soldiers as they muster, conjuring an image of the way she speeds among people from mouth to mouth, spreading through crowds. Hesiod also portrays her as in some way divine, but equally something of which to be wary, ‘mischievous, light, and easily raised, but hard to bear and difficult to be rid of’. The fourth-century Athenian orator Aeschines alludes to gossip about private matters being spread seemingly spontaneously through the city. Ancient people from all walks of life, men and women, free and slave, young and old, were thought to indulge in gossip, ensuring its swift passage to all corners of the city. The propensity for a huge range of members of society to gossip opened up conduits between the lowliest and the mightiest, the weakest and the most powerful.

While Aristotle suggests that gossiping was frequently a trivial, enjoyable pastime, he also makes clear that gossiping could have malicious intent when spoken by someone who has been wronged. This evaluation of words as weapons in the hands of the wronged is particularly pertinent when thinking about how the Athenians made use of gossip in the law courts in Athens, because Ancient court cases were based heavily on character evaluation of those involved in the case rather than on hard evidence. In the absence of professional judges, the aim of the speakers was to discredit their opponents’ characters in the eyes of the jurors, while presenting themselves as upstanding citizens. The power of gossip was feared by ancient litigants, so they carefully outlined how the negative stories the jurors might have heard about them weren’t true, and had been spread intentionally by their mendacious opponents.

From the Ancient orators, we learn that public places such as shops and marketplaces were useful locations to spread false rumours aimed at discrediting an opponent because of the crowds that gathered there. In one case, written down by Demosthenes, Diodorus alleges that his enemies spread false information by sending newsmongers into marketplaces in the hopes of swaying public opinion in their favour. Demosthenes himself accused his opponent Meidias of spreading malicious rumours. And Callimachus is said to have repeatedly told the crowds gathered in the workshops a sorry tale of his harsh treatment at his opponent’s hands. In these instances, the intention of the gossipers is to spread false information across the city to generate an impression of the individuals involved that will help them win their legal cases.

The law courts in Athens were the preserve of men, so women needed to rely on male relatives to act for them. However, the Ancient sources make clear that women’s ability to gossip could be a useful tool in attacking an enemy. In order to demonstrate his opponent’s bad character in court, the speaker of Against Aristogeiton 1 describes an incident involving Aristogeiton’s violent and ungrateful behaviour towards a resident alien woman named Zobia, who had apparently helped him when he was in trouble but, as soon as he regained his strength, he physically abused her and threatened to sell her into slavery. Because she was a non-citizen, Zobia had no access to the official legal channels in Athens. She did, however, make full use of the unofficial channels by telling her acquaintances about her maltreatment. Despite her gender and lowly status, Zobia’s use of gossip to complain about how Aristogeiton treated her meant that his reputation as untrustworthy and abusive spread through the city. This gossip was employed in court by a male litigant in order to display Aristogeiton’s poor character to a jury made up of men. So women’s gossip could be used effectively to discredit the character of an opponent in court – and a low-status woman, with no access to legal modes of retribution could, through gossip, achieve a form of vengeance.

Another example of women’s gossip being cited in court appears in Lysias 1 On the Murder of Eratosthenes. In this speech, the defendant Euphiletus claims to have legally killed Eratosthenes because he caught him committing adultery with his wife. Euphiletus tells a story about how an old woman approached him near his house to inform him of his wife’s affair with Eratosthenes. This story functions in part to highlight the supposedly naïve character of Euphiletus, who needs someone to point out his wife’s infidelity explicitly, and in part to demonstrate the appalling behaviour of Eratosthenes who is cast by the old woman as a serial adulterer.

According to Euphiletus, the old woman did not come of her own accord, but was sent by a jilted lover of Eratosthenes. In composing this part of the speech, Lysias draws on the vocabulary associated with revenge acts in Ancient Greek literature when he characterises the deserted woman as angry and hostile towards her lover, and wronged by his behaviour towards her. The implication is that this woman intentionally passed on gossip about Eratosthenes’ involvement with Euphiletus’ wife in order to urge on someone with the ability to act against Eratosthenes either through official legal channels or through his own strength. A woman with no ability to seek retribution for such a wrong, and no power to act against her enemy, can achieve revenge through the power of her speech.

Athenians were well-aware of the calculated use of gossip to launch attacks on their enemies, and they made careful use of gossip in rhetoric to cast aspersions about their opponents in the law courts. The presence in legal cases of women’s gossip, including gossip spread by low-status members of society, demonstrates that the Athenians did not discriminate about the source, but took advantage of all kinds of gossip in their attempts to defeat their adversaries. Through calculated use of gossip, women, non-citizens or slaves with no access to official legal channels wielded a potent weapon in their attempts to attain revenge against those who wronged them.