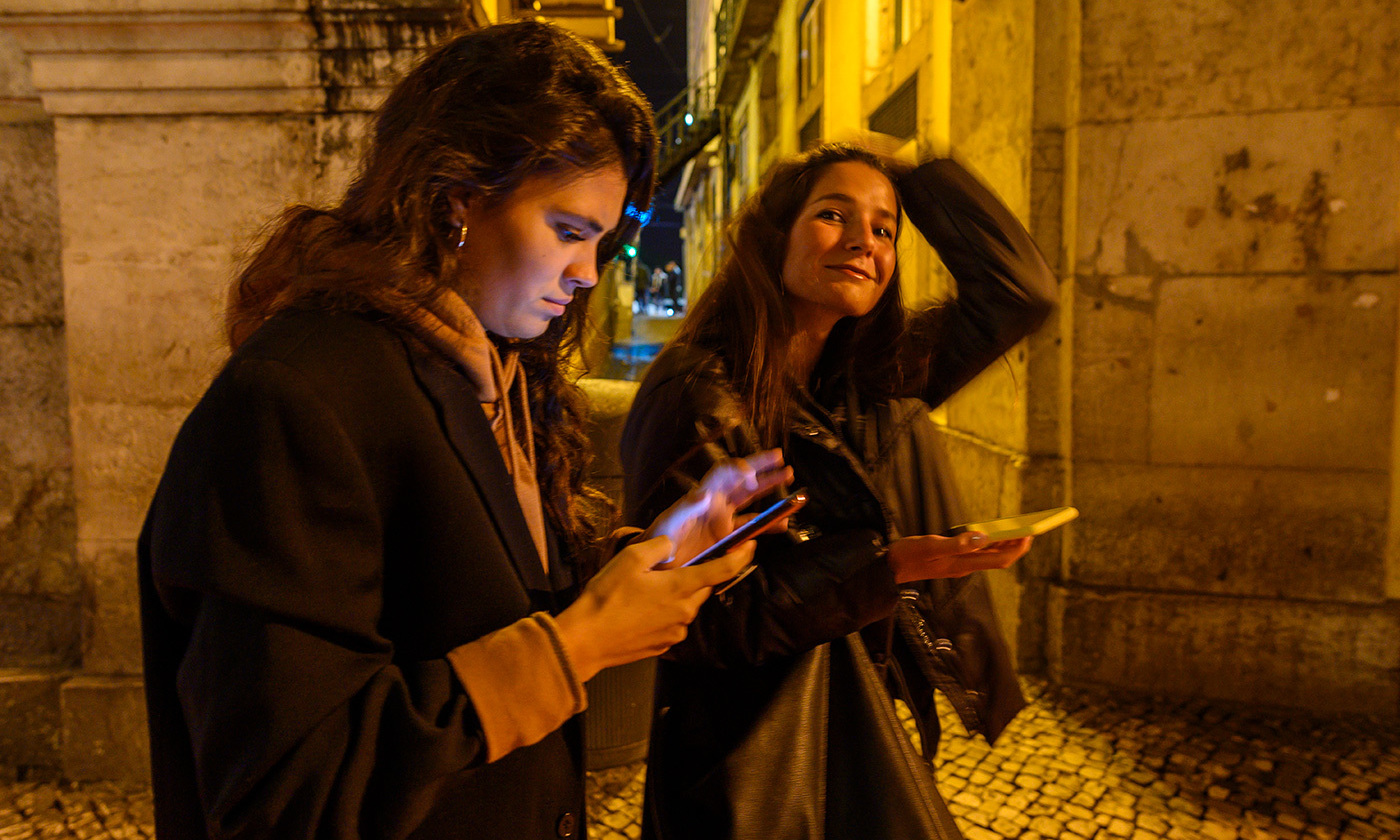 is a doctoral candidate in social psychology at the University of Michigan.

Can you find the symbol that is different from the rest?

How long did that take you? Let’s try another one. Find the symbol that is different from the rest:

It is the same image that you saw before, just rotated 90 degrees to the right. Only this time, it is much easier to spot the differing symbol. The reason we are expert at discerning the number 2 from the number 5s is precisely that: they are 2 and 5 – numerical conceptions that we have developed from an early age, mental representations imbued with meaning. Disable the conceptual access, and we’d see nothing but a jumble of angled lines, the same way that we grimaced at the squiggly symbol in the earlier image: alien and unrecognisable, barely distinguishable from its likewise oddly shaped neighbours.

It is a strange feeling, stumbling upon an experience that we wish we had the apt words to describe, a precise language to capture. When we don’t, we are in a state of hypocognition, which means we lack the linguistic or cognitive representation of a concept to describe ideas or interpret experiences. The term was introduced to behavioural science by the American anthropologist Robert Levy, who in 1973 documented a peculiar observation: Tahitians expressed no grief when they suffered the loss of a loved one. They fell sick. They sensed strangeness. Yet, they could not articulate grief, because they had no concept of grief in the first place. Tahitians, in their reckoning of love and loss, and their wrestling with death and darkness, suffered not from grief but a hypocognition of grief.

No one, in fact, is immune to hypocognition. In my research with the psychologist David Dunning at the University of Michigan, we asked American participants: have you ever heard of the concept benevolent sexism?

If you haven’t, this is a term describing a chivalrous attitude that appears favourable towards women, but actually reinforces traditional gender roles and perpetuates gender stereotypes. When a professor says ‘Women are fragile and delicate creatures,’ or when a neighbour jests ‘I let my wife deal with paint colours – women are good at that kind of stuff,’ you can sense the discomfort lingering in air. Such comments reflect benevolent sexism because they sound like compliments, but carry presumptions of women as either the fragile damsel in need of protection or the default caretaker laden with household labour.

On the flip side, if you have never heard of shoeburyness, consider yourself blessed. People who know the concept (shoeburyness: the vague uncomfortable feeling of sitting on a seat that is still radiating warmth from someone else’s bottom) are plagued by the sensation more often than those who are hypocognitive.

Hypocognition is not readily cured by acquiring a new word. Nor do ‘Words of the Year’ frequently succeed in becoming permanent fixtures of the lexicon. Nevertheless, the proliferation of neologisms can lend affirmation to unspoken moments of disquietude, to an amorphous cloud of restlessness in the modern world.

Before I knew what phubbing was, I didn’t have the guts – or the word – to call out my friend for phubbing me (snubbing me for her phone) in the middle of a conversation. And now… I still don’t – not when I myself can barely resist the urge of being figital (excessively checking one’s digital device) and curb my own performative busyness. But alas, though I am far from escaping the sprawling influences of digital addiction, I am no longer hypocognitive of them. As cognitive psychology affirms, having a verbal label – even a nonsensical terminology, an apparent portmanteau – can distil a nebulous phenomenon into an experience that’s more immediate and concrete.

If the prerequisite to addressing a problem is to identify it, what happens when the identifier remains hypocognised? In describing his nontraditional family arrangement, the American writer Andrew Solomon noted the poverty of language to mirror the modern complexities of relatedness. In the absence of an expanding lexicon, we default to denotations bounded by the traditional descriptors of a nuclear family. ‘My husband and I are often asked whether our son George’s surrogate mother is “like an aunt”,’ Solomon wrote in The Guardian in 2017. ‘We are asked which of us is “really the mom”. Single parents are routinely asked what it is like to be “both mother and father”.’

But the darkest form of hypocognition is one born out of motivated, purposeful intentions. A frequently overlooked part of Levy’s treatise on Tahitians is why they suffered from a hypocognition of grief. As it turns out, Tahitians did have a private inkling of grief. However, the community deliberately kept the public knowledge of the emotion hypocognitive to suppress its expression. Hypocognition was used as a form of social control, a wily tactic to expressly dispel unwanted concepts by never elaborating on them. After all, how can you feel something that doesn’t exist in the first place?

Intentional hypocognition can serve as a powerful means of information control. In 2010, the Chinese rebel writer Han Han told CNN that any of his writings containing the words ‘government’ or ‘communist’ would be censored by the Chinese internet police. Ironically, these censorship efforts also muffled an abundance of praise from pro-leadership blogs. An effusive commendation such as ‘Long live the government!’ would be censored too, for the mere mention of ‘government’.

A closer look reveals the furtive workings of hypocognition. Rather than rebuking negative remarks and rewarding praises, the government blocks access to any related discussion altogether, rendering any conceptual understanding of politically sensitive information impoverished in the public consciousness. ‘They don’t want people discussing events. They simply pretend nothing happened… That’s their goal,’ Han Han said. Regulating what is said is more difficult than ensuring nothing is said. The peril of silence is not a suffocation of ideas. It is to engender a state of blithe apathy in which no idea is formed.

Nevertheless, I’d like to think that the attempt at hypocognising a concept can often propel a more urgent need for its expression. The emergence of a unifying language of #MeToo gives voice to those who were compelled into silence. The materialisation in 2017 of a new gender glossary lends credence to the existence of those whose identity departs from the rigid binaries of man and woman. Ideas and categories that are yet to be conceptualised leave open aspirational possibilities for future progress. Every now and then, a new term will bubble up; a new concept will burst forth – to give meaning to walks of life previously starved of recognition, to instil life into our inchoate impulses, to tell the stories that need to be told.

is a doctoral candidate in social psychology at the University of Michigan.

aeon.co
Language and linguistics Philosophy of language Mood and emotion
09 March, 2020
Republish for free
Aeon is not-for-profit
and free for everyone
Make a donation
Get Aeon straight
to your inbox
Join our newsletter
Video/
Film and visual culture
‘From dream to reality!’ The 1960s spoof that marked the dawn of self-aware advertising