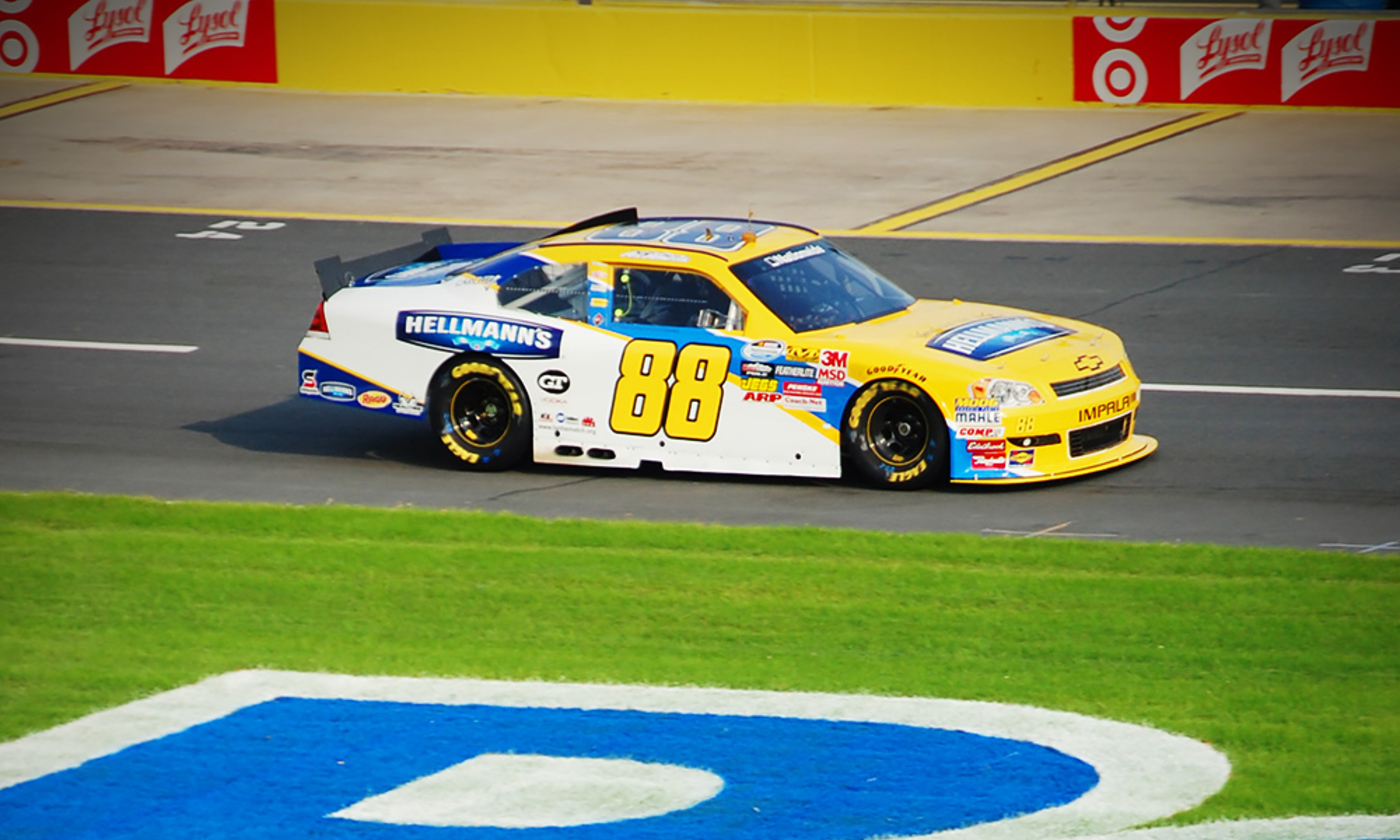 ‘The Science Guy’ is a science educator, television presenter, writer and former mechanical engineer. His latest book is Unstoppable: Harnessing Science to Change the World (2015). He lives in New York City.

I have roots in the southern United States. My mom was from Durham, North Carolina, and my sister, nephew, nieces, spouses, their exes, kids and more kids live in and around Danville, Virginia. Around there, it’s a big deal to go to the races. The boys of various ages, and occasionally some of the girls and women, will pile into vehicles to go see races in South Boston or other tracks nearby. I’ve been to the track in Martinsville – the ‘paper clip’ – which is still the shortest track on the NASCAR (National Association for Stock Car Auto Racing) circuit. It’s less than a kilometre long, only half a mile. But it is exciting. The cars go just crazy fast, and they are amazingly loud … or LOUD!! But beyond the heart-pounding, Are-these-cars-going-to-jump-the-barrier-and-kill-me? exciting quality of it, it’s depressing – leastways depressing for me as an engineer. Because here I am trying to envision the smart, efficient transportation technology of tomorrow, and there is NASCAR doing the opposite – celebrating a very old transportation technology of yesterday.

Despite the excitement, NASCAR kinda breaks my heart. It’s a celebration of old tech. It uses gasoline-burning instead of electron-flowing. I wish NASCAR were more like NASA. I wish NASCAR were more about the future instead of the past. I wish NASCAR set up Grand Challenges to inspire companies and individuals to create novel automotive technologies in the way NASA does to create novel space technologies. At NASA currently, there are challenges to come up with techniques to mine an asteroid, build a better space suit, and survive the radiation environment in deep space. Those competitions are like races, with winners getting significant grant money. Or look at Google, which created the Lunar XPrize, a genuine competition to see which private group can land a robot on the Moon and send pictures back. There’s no reason why NASCAR couldn’t be like that: a race with rules designed to reward the coolest, most advanced vehicle technologies.

To address climate change in the medium and long term, we have to stop, completely stop, burning fossil fuels. The obvious, straightforward, We’re-already-just-about-there answer is to convert our entire ground-transportation fleet – trains, trucks, buses and cars – to electric motors with batteries to store energy the way that gasoline tanks store energy in our fuel-burning vehicles. In the short term, NASCAR could help get us there. We could convert all of our racecars to electricity – right now – and show the public exactly what electrons can do.

Consider the following: a typical NASCAR racecar produces up to 540 ft-lbs (730 Newton-metres) of torque. The Tesla Model-S (sedan), right out of the showroom, produces 713 ft-lbs (970 N-m). A NASCAR vehicle can get up to 850 horsepower (hp) with the car and driver weighing about 3,600 lbs (that’s 630 kilowatts and 1,650 kg). The Tesla produces ‘only’ 532 hp (400 kW), and with a car weighing an extra 1,000 lbs (450 kg). Looking at those last couple of numbers might make you think that the NASCAR vehicle is way more powerful than a high-end electric one. But note well, we are comparing a NASCAR car made to race with a true stock car (one a consumer can buy), albeit an electric one, that has not been refined to compete on racetracks. The gasoline-powered car is a product of a century of development. Just think what an electric carmaker, such as Tesla, could produce given, say, three years.

I admit also to being a fan of James Bond movies. In the most recent one, Spectre, our hero gets to drive (and destroy) an Aston Martin DB10. It goes (or went) a claimed 0-to-60 in 3.1 seconds. Well, the stock Tesla Model S goes 0-to-60 in 2.8 seconds. Nose to nose, you would not need a photo to see who finished first. Sorry gas-fired slowpoke. Just think what an electric race would be like. It would be faster, and quiet. You could talk to the person next to you. The drivers could probably hear the roar of the crowd rather than having to imagine it as they do now. And most significant from my point of view, everyone in the crowd, every race fan, would want an electric car! The market for electric cars would go crazy. Manufacturers could not produce them fast enough. We could convert our transportation system to all-electric in less time than it took to go from horse-drawn to horseless carriage, 20 years maybe. I’m tellin’ ya, after you drive an electric car, you don’t want to drive anything else. They’re faster, quieter and cheaper to operate.

In spite of this optimism, when I get to thinking about it, NASCAR right now just brings me down. They use ancient tech: carburetors, valve pushrods and cast-iron engines. But the biggest depressor for me is the fuel consumption. These cars get as little as 80 litres per 100 km, or 3 miles to the gallon (mpg). Sometimes they get away with up to 4.5 mpg. That is, to my way of thinking, astonishingly bad.

Let me offer a backward-looking yet forward-thinking story. When I was a kid, auto-racing was where new technology was developed rather than where old technology was preserved or even celebrated. We admired cars that went faster and could be manoeuvered well. Next time you’re in the Indianapolis Motor Speedway Hall of Fame Museum, check out the STP-Paxton Turbocar. It almost won the 1967 Indianapolis 500 race with a helicopter turbine engine adapted for car racing. The car led for 170 of the 200 laps, almost the entire race. A ball-bearing cracked on the third-to-last lap. Race officials could tell that, if they allowed this type of innovative car to come back year after year, racing teams would have a chance to test it further, and make additional improvements to this sure-win innovation. Soon, all the other racecars would be obsolete. Instead of embracing this innovation, they changed the permitted size of the intake duct so that it was too small to enable a turbine car to keep up.

I’m not saying we should all be driving turbine engine-powered cars. I’m saying racing should be about the future rather than the past. How about NASCAR becoming NESCAR (National Electric Stock Car Racing)? The sooner NASCAR (or NESCAR) embraces electric drive trains, the sooner the US can be the world leader in automotive technology, and the sooner we can stop pumping carbon dioxide into the air every time we want to go somewhere to get groceries, pick up the soccer team, commute to work or watch a race.

‘The Science Guy’ is a science educator, television presenter, writer and former mechanical engineer. His latest book is Unstoppable: Harnessing Science to Change the World (2015). He lives in New York City.

aeon.co
Engineering Future of technology Ecology and environmental sciences
25 January 2016
Republish for free
Aeon is not-for-profit
and free for everyone
Make a donation
Get Aeon straight
to your inbox
Join our newsletter
Video/
Love and friendship
After 30 years of solitude, Peter forms an unlikely friendship with a fellow loner