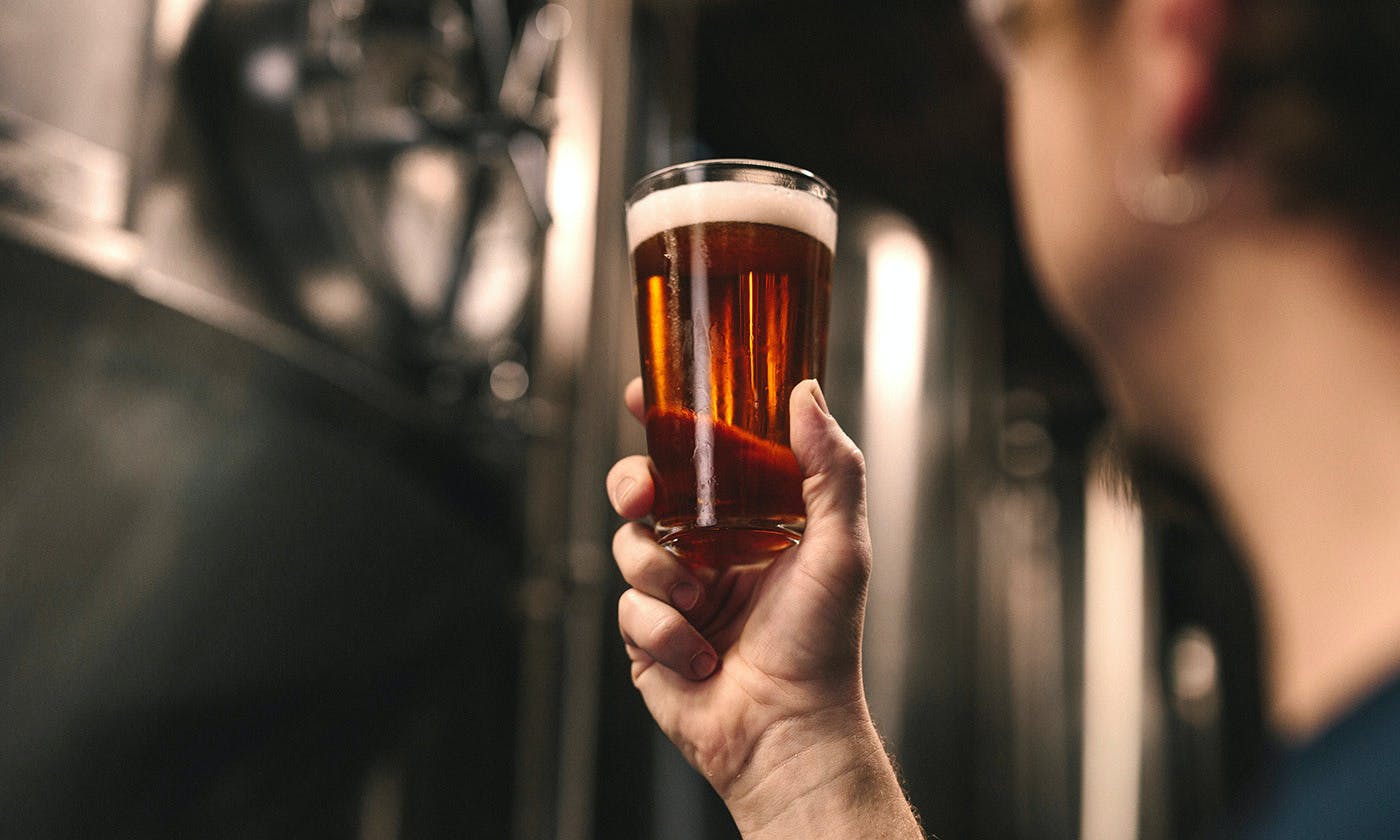 Photo by Elevate on Unsplash

is the professor and Chair of Philosophy at the University of Massachusetts, Lowell and Miller Scholar at the Santa Fe Institute. He is the author of American Philosophy: A Love Story (2016); Hiking with Nietzsche: Becoming Who You Are (2018); and Sick Souls, Healthy Minds: How William James Can Save Your Life (2018). He lives outside Boston with his wife Kathleen and their kids.

Photo by Elevate on Unsplash

The most interesting thing about resolutions is not that we make them, but the ways we find to break them. If you’re like me, you’ve already broken, and then attempted to forget, the hopeful promises that opened the year. I have come to see the strange paradox of making commitments to myself. I am not the same man I was at New Year’s Eve, who promised to jog regardless of snowstorms or to forego my daily beer regardless of the craving. Philosophers have a name for this sort of situation: akrasia, from the Greek for lack of command or weakness of will.

Akrasia is usually described as a type of ‘losing control’, and in some cases this is right. Breaking a promise can be so sudden that it appears one really has lost one’s mind. Losing control, however, is often more measured and self-conscious. I can see the transgression of my will coming from a long way off: I can anticipate the arrival of akrasia and how I will greet it at the doorway of a choice that I know I have to make. In this case, it’s hard to say that I lose my head. I know exactly what I am doing, or rather I can predict with a high degree of probability what I will do at a particularly decisive point in the future. The British philosopher J L Austin describes the slow, calculated demise of one’s resolve in ‘A Plea for Excuses’ (1956):

I am very partial to ice cream, and a bombe is served divided into segments corresponding one-to-one with the persons at High Table: I am tempted to help myself to two segments and do so, thus succumbing to temptation and even conceivably (but why necessarily?) going against my principles. But do I lose control of myself? Do I raven, do I snatch the morsels from the dish and wolf them down, impervious to the consternation of my colleagues? Not a bit of it. We often succumb to temptation with calm and even with finesse.

Resolutions usually perish in this fashion, by way of premeditated murder. The more robust the resolution, the greater the clarity I have about how and when I could give it up. How many transgressions am I granted before I’ve wholly violated my conviction? Strictly speaking, the answer is ‘exactly one’. But I’ve lived through many New Years and know that this isn’t exactly true.

In Austin’s words, we typically ‘finesse’ our akrasia. ‘I’ll just share my wife’s beer – I’ll just have half a beer – and then just another half.’ Or a potentially more destructive case: ‘I’ll just cheat on my partner once. It won’t happen again. This isn’t real adultery.’ Many resolutions are made and remade and made again. Eventually, they’re in such shambles that they can’t really be called resolutions at all, just guiding principles or fond memories. Some of the world’s most cherished promises have died by a thousand well-placed cuts.

Many thinkers in the Western philosophical tradition have argued that the point of being a responsible adult is becoming the sort of being who can make promises – to others but also to oneself. There is something to this. Civil society functions by way of pacts and contracts that rely on the integrity of its members. More fundamentally, as the philosopher Christine Korsgaard at Harvard University argues, integrity – the ability to resist the temptations and unreflective desires of life – is the precondition of moral selfhood. To be a person is to be more than a collection of disparate strivings, but rather to hold one’s past and future together in some coherent fashion by way of promises and intentions. In On the Genealogy of Morals (1887), Friedrich Nietzsche writes that: ‘To breed an animal with the right to make promises – is not this the paradoxical task that nature has set itself in the case of man?’

Given my track record with resolutions, I suspect that this task is, at best, incomplete. Nietzsche knows this well. ‘The ability to guarantee one’s self with all due pride,’ he writes, ‘and also at the same time to say yes to one’s self – that is, as has been said, a ripe fruit, but also a late fruit: – How long must needs this fruit hang sour and bitter on the tree!’

And here we come to the crux of failed resolutions. The real issue is not the simple matter of maintaining or breaking a promise, but rather the particular feelings surrounding our tenuous resolve. We often feel ‘sour and bitter’. If I uphold an ill-conceived promise, I tend to experience anger and resentment; if I violate it, I experience anxiety, self-loathing and guilt. When I was younger, I thought that Nietzsche’s ideal self-legislator would simply have sufficient foresight and self-knowledge to avoid this sort of bitterness. In the late 1860s, Nietzsche read and admired the American essayist Ralph Waldo Emerson who in ‘Self-Reliance’ (1841) quipped that: ‘A foolish consistency is the hobgoblin of little minds, adored by little statesmen and philosophers and divines.’ But what about a wise consistency? Is this what we should be striving toward?

Nietzsche offers his readers a thought experiment, known as ‘the eternal return’, that serves as a litmus test for which promises to make and which to keep. In The Gay Science (1882), he writes:

What, if some day or night a demon were to steal after you into your loneliest loneliness and say to you: ‘This life as you now live it and have lived it, you will have to live once more and innumerable times more; and there will be nothing new in it, but every pain and every joy and every thought and sigh and everything unutterably small or great in your life will have to return to you, all in the same succession and sequence – even this spider and this moonlight between the trees, and even this moment and I myself. The eternal hourglass of existence is turned upside down again and again, and you with it, speck of dust!’

Our lives are comprised of resolutions, but are we, in the words of the Irish poet William Butler Yeats, ‘content to live it all again’? Could you not only accept but welcome this sort of repetition? This is not the Kantian imperative to ‘act only according to that maxim whereby you can, at the same time, will that it should become a universal law’, but rather the command to act in such a way that you would be content to repeat for all eternity.

Nietzsche explains the sheer gravity of this eternal return, writing: ‘The question in each and everything, “Do you want this again and innumerable times again?” would lie on your actions as the heaviest weight!’ There are promises I have made that I would gladly make again. Some of these might be the kind that I could will for all time. These are the type that Nietzsche would like for us to embrace. There are also, however, promises that I have broken that I would gladly break again. Indeed, some of these might be the kind of promises that I would willingly break at every moment in an indefinite future. Such promises and transgressions stand up to the eternal return. They might have satisfied or disappointed others, but Nietzsche suggests that this is largely beside the point. Can I own up to these decisions? Would I own up to them forever? That is the question.

For a long time, I thought that the right to make promises turned on absolute integrity in the sense of making only the type of commitments that I could guarantee. I never managed this sort of ironclad moral cohesion. It turns out that I have neither the will nor the omniscience for it. I am, instead, trying to cultivate a more modest, more human integrity: a willingness to lay claim to what I promise and what I fail to uphold. The hardest part of the eternal return is to own up to the tortures that we create for ourselves and those we create for others. Owning up: to recollect, to regret, to be responsible, ultimately to forgive and love.

Resolutions are usually geared to becoming better people. In The Gay Science, Nietzsche writes: ‘You shall become what you are.’ Becoming the one you are is not the same as becoming the person you have always wanted to be. Indeed, it involves joining grand aspirations and embracing the truth of your human situation: that you find it meaningful to keep certain promises and violate others, that you want to be better but often lack the requisite resources – that you err more often than you succeed. That these shortcomings are integral parts of life.