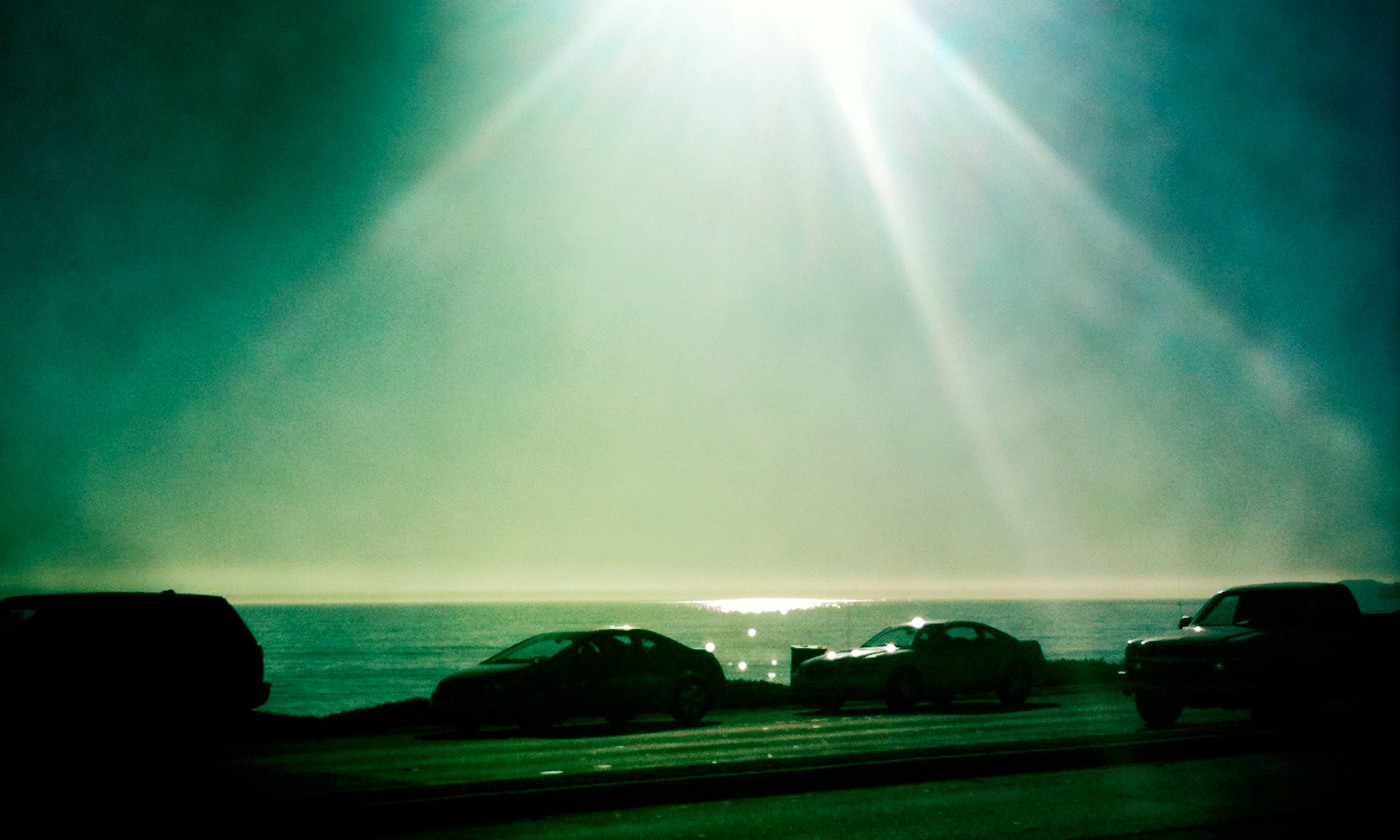 is associate professor of neurology and psychiatry at the Boston University School of Medicine and a professor at Northcentral University. He has published numerous articles in peer-reviewed journals and several books on the science of sleep and dreams, and on the psychology and neurology of religion. He is also a founding director of the Institute for the Biocultural Study of Religion.

Although radically different in terms of their content and feel, the range of dream states are just as complex as waking states. If we look across an individual’s lifetime, we find that children’s dreams are very different from adults’ dreams. Children tend to dream of emotional interactions with family members, friends and scary animals, while adults dream of other adults. Dreams of young adults are filled with social interactions between the dreamer and current friends and significant others. Men’s dreams differ substantially from women’s dreams, with women dreaming equally often of men and women, and men dreaming more often about other men. Older adults tend to dream more about creative works, legacies and enduring concerns, while the dreams of dying people are filled with numbers of supernatural agents, other-worldly settings and images of reunions with a loved one who has died. Dreams that transport the child into the social world of his caretakers during early life gently escort the dreamer into the arms of his loved ones when life is nearing an end. Dreams accompany us literally from the cradle to the grave.

If we switch our gaze from examination of dreams across a single lifetime and instead focus on dreams that occur across a single night, we still find great heterogeneity. REM (rapid eye movement) sleep alternates with non-REM (NREM) sleep episodes throughout the night, and as the night progresses NREM episodes get shorter and REM episodes get longer. We can spend as much as 45 minutes in a REM episode just before awakening in the morning. Dreams elicited from REM awakenings are very different from dreams elicited from NREM sleep. The former are filled with aggression while the latter are not. Dreams occurring early in the night (composed predominantly of NREM sleep) tend to announce an emotional issue of conflict that then gets worked on in other dreams as the night progresses. Emotional memories get transferred back and forth from NREM to REM throughout the night until they finally settle into long-term memory banks in the cortex. The dreaming brain also seems to access progressively older memories from those memory banks as the night progresses. Early morning REM dreams contain a greater number of references to early childhood scenes and memories than do REM episodes occurring earlier in the night.

Dreams differ not only across a single lifetime or a single night, they also differ dramatically across historical epochs. The dreams of the ancient Greeks and Romans, and indeed the dreams of most peoples of the ancient world, were viewed as direct portals into the spirit world and the realm of the ancestors and gods. Ancient peoples (and traditional peoples even today) often experienced dreams as the place to conduct a transaction with a spirit being who could significantly help or hinder you in your daily affairs.

Dream states also differ along a dimension of intensity: the more intense the physiologic arousal during REM, the more bizarre the dream content. For example, ordinary run-of-the-mill dreams are less intense than ‘Big’ epic dreams. These epic dreams often involve a series of scenes depicting fantastic worlds that the dreamer visits often and repeatedly across several dream periods. The ordinary run-of-the-mill dream, on the other hand, seems to contain rather generic stereotyped content with the dreamer doing nothing in particular but interacting socially with one or two familiar characters.

A slightly more intense version of the ordinary run-of-the-mill dream contains both familiar and unfamiliar characters. These unfamiliar characters are, typically, vaguely threatening male strangers, and they begin to appear in dreams as dreams become more intense. At an even greater level of intensity, the dreamer and all the other characters are now swept up into events and actions that involve some kind of goal-oriented narrative. Characters are thrown together into a rapidly evolving storyline involving lots of drama, rapid-fire changes in plot and plenty of emotional conflict. As intensity levels increase, even more bizarre visual features begin to invade the dream. Elements such as alien and impossible environments, supernatural creatures and metaphoric transmutations of characters and objects enter the dream.

While the intensity dimension can account for a range of dream varieties, it cannot account for some of the most interesting dream states. For example, amputees very often dream themselves intact. They might not experience the loss of their limb in dreams even years after the amputation, and even if the physical handicap was congenital. Similarly, dreams of the congenitally deaf-mute or those of the congenitally paraplegic cannot be distinguished from those of non-handicapped subjects. It is as if the dream has access to the whole dreamer who is a different person from the individual anchored in waking consciousness. Dream reports from deaf-mute individuals involve them talking and hearing normally. Patients with varying degrees of paraplegia report themselves flying, running, walking and swimming. The dream is accessing somebody different from the waking individual who is having the dream.

Characters in dreams are not only different from the waking conciousness of the dreamer, they can literally take over control of that conciousness. Dreams of patients with multiple personality disorder/dissociative identity disorder (MPD/DID) could involve appearances by alter-personalities. Often a new alter will first appear in a dream, and then later take over control of the behavioural repertoire of the individual and become a daytime alter. The dreamer will often experience a switch from her primary identity to an alter during a dream. In this case, who is dreaming whom?

Isolated sleep paralysis (ISP), in which the individual cannot move or speak after waking up, occurs when part of the dreamer’s mind is awake but another part remains in REM sleep. The ensuing dream can be quite terrifying: the individual hallucinates a malignant presence, which then attempts to interact with him in some way. Most often, the intent of the demon is to possess him or destroy him.

False-awakening dreams, on the other hand, involve the subjective experience of waking up while remaining in the dream state. The dreamer feels as if he has woken up, and then goes about his daily routine such as getting dressed or brushing his teeth. While performing these routine tasks, the dreamer then really wakes up! Often these dreams-within-a-dream contain references to previous dream scenes and characters, rather than to waking experiences. The dreamer might wake up in the same environment as the dream that occurred prior to the false awakening. The dreamer might have to undergo several false awakenings before he is really able to wake up.

There are still other characters that we can encounter only in dreams. The dead, for instance, never appear in waking consciousness, but can nevertheless make visitations in our dreams looking alive and healthy, and carrying a message for the dreamer. Such dreams are typically clear, vivid and intense, experienced as absolutely real.

Why does all this matter? The huge variety of dream states suggests that dreaming is just as important as waking life for biologic fitness, and very likely has multiple generative mechanisms and functions. For example, dreaming about scary threats likely helps us to avoid those threats during the daytime, and recurrent dreaming of previously encountered dream characters or dream environments likely functions to adjust, maintain or alter the cognitive architecture of dreaming itself. Dream states occur regardless of what happens in the waking state, and many times reference something within the dream state that science has only begun to register.

is associate professor of neurology and psychiatry at the Boston University School of Medicine and a professor at Northcentral University. He has published numerous articles in peer-reviewed journals and several books on the science of sleep and dreams, and on the psychology and neurology of religion. He is also a founding director of the Institute for the Biocultural Study of Religion.

aeon.co
Sleep and dreams Human evolution Neuroscience
9 March 2018
Republish for free
Aeon is not-for-profit
and free for everyone
Make a donation
Get Aeon straight
to your inbox
Join our newsletter
Video/
Cities
The city as an emergent life form, with architecture as the skeleton and roads as veins

Video/
Neurodiversity
What it’s like to have aphantasia, the inability to visualise images in the mind’s eye

An alien-made artefact or just interstellar debris? What ʻOumuamua says about how science works when data is scarce