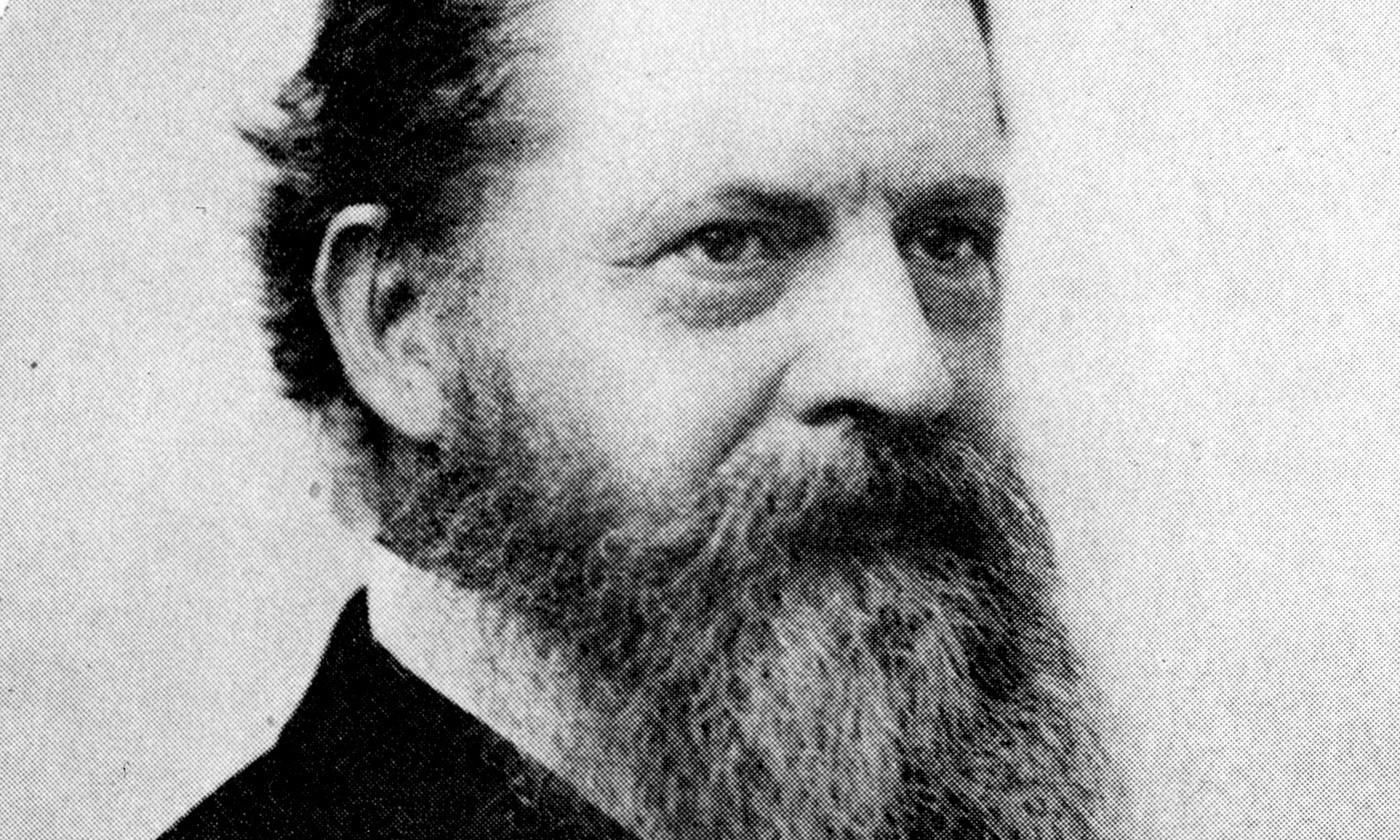 is a professor of philosophy at the University of Toronto. She is the author of Cambridge Pragmatism: From Peirce and James to Ramsey and Wittgenstein (2016). Her biography Frank Ramsey: A Sheer Excess of Powers will be published by Oxford University Press in 2020.

What is it for something to be true? One might think that the answer is obvious. A true belief gets reality right: our words correspond to objects and relations in the world. But making sense of that idea involves one in ever more difficult workarounds to intractable problems. For instance, how do we account for the statement ‘It did not rain in Toronto on 20 May 2018’? There don’t seem to be negative facts in the world that might correspond to the belief. What about ‘Every human is mortal’? There are more humans – past, present and future – than individual people in the world. (That is, a generalisation like ‘All Fs’ goes beyond the existing world of Fs, because ‘All Fs’ stretches into the future.) What about ‘Torture is wrong’? What are the objects in the world that might correspond to that? And what good is it explaining truth in terms of independently existing objects and facts, since we have access only to our interpretations of them?

Pragmatism can help us with some of these issues. The 19th-century American philosopher Charles Peirce, one of the founders of pragmatism, explained the core of this tradition beautifully: ‘We must not begin by talking of pure ideas, – vagabond thoughts that tramp the public roads without any human habitation, – but must begin with men and their conversation.’ Truth is a property of our beliefs. It is what we aim at, and is essentially connected to our practices of enquiry, action and evaluation. Truth, in other words, is the best that we could do.

The pragmatic theory of truth arose in Cambridge, Massachusetts in the 1870s, in a discussion group that included Peirce and William James. They called themselves the Metaphysical Club, with intentional irony. Though they shared the same broad outlook on truth, there was immediate disagreement about how to unpack the idea of the ‘best belief’. The debate stemmed from the different temperaments of Peirce and James.

Philosophy, James said, ‘is at once the most sublime and the most trivial of human pursuits. It works in the minutest crannies and it opens out the widest vistas.’ He was more a vista than a crannies man, dead set against technical philosophy. At the beginning of his book Pragmatism (1907), he said: ‘the philosophy which is so important to each of us is not a technical matter; it is our more or less dumb sense of what life honestly and deeply means.’ He wanted to write accessible philosophy for the public, and did so admirably. He became the most famous living academic in the United States.

The version of the pragmatist theory of truth made famous (or perhaps infamous) by James held that ‘Any idea upon which we can ride … any idea that will carry us prosperously from any one part of our experience to any other part, linking things satisfactorily, working securely, simplifying, saving labour, is … true INSTRUMENTALLY.’

‘Satisfactorily’ for James meant ‘more satisfactorily to ourselves, and individuals will emphasise their points of satisfaction differently. To a certain degree, therefore, everything here is plastic.’ He argued that if the available evidence underdetermines a matter, and if there are non-epistemic reasons for believing something (my people have always believed it, believing it would make me happier), then it is rational to believe it. He argued that if a belief in God has a positive impact on someone’s life, then it is true for that person. If it does not have a good impact on someone else’s life, it is not true for them.

Peirce, a crackerjack logician, was perfectly happy working in the crannies as well as opening out the vistas. He wrote much, but published little. A cantankerous man, Peirce described the difference in personality with his friend James thus: ‘He so concrete, so living; I a mere table of contents, so abstract, a very snarl of twine.’

Peirce said that James’s version of the pragmatic theory of truth was ‘a very exaggerated utterance, such as injures a serious man very much’. It amounted to: ‘Oh, I could not believe so-and-so, because I should be wretched if I did.’ Peirce’s worries, in these days of fake news, are more pressing than ever.

On Peirce’s account, a belief is true if it would be ‘indefeasible’ or would not in the end be defeated by reasons, argument, evidence and the actions that ensue from it. A true belief is the belief that we would come to, were we to enquire as far as we could on a matter. He added an important rider: a true belief must be put in place in a manner ‘not extraneous to the facts’. We cannot believe something because we would like it to be true. The brute impinging of experience cannot be ignored.

The disagreement continues to this day. James influenced John Dewey (who, when a student at Johns Hopkins, avoided Peirce and his technical philosophy like the plague) and later Richard Rorty. Dewey argued that truth (although he tended to stay away from the word) is nothing more than a resolution of a problematic situation. Rorty, at his most extreme, held that truth is nothing more than what our peers will let us get away with saying. This radically subjective or plastic theory of truth is what is usually thought of as pragmatism.

Peirce, however, managed to influence a few people himself, despite being virtually unknown in his lifetime. One was the Harvard logician and Kant scholar C I Lewis. He argued for a position remarkably similar to what his student W V O Quine would take over (and fail to acknowledge as Lewis’s). Reality cannot be ‘alien’, wrote Lewis – ‘the only reality there for us is one delimited in concepts of the results of our own ways of acting’. We have something given to us in brute experience, which we then interpret. With all pragmatists, Lewis was set against conceptions of truth in which ‘the mind approaches the flux of immediacy with some godlike foreknowledge of principles’. There is no ‘natural light’, no ‘self-illuminating propositions’, no ‘innate ideas’ from which other certainties can be deduced. Our body of knowledge is a pyramid, with the most general beliefs, such as the laws of logic, at the top, and the least general, such as ‘all swans are birds’, at the bottom. When faced with recalcitrant experience, we make adjustments in this complex system of interrelated concepts. ‘The higher up a concept stands in our pyramid, the more reluctant we are to disturb it, because the more radical and far-reaching the results will be…’ But all beliefs are fallible, and we can indeed disturb any of them. A true belief would be one that survives this process of enquiry.

Lewis saw that the pragmatist theory of truth deals nicely with those beliefs that the correspondence theory stumbles over. For instance, there is no automatic bar to ethical beliefs being true. Beliefs about what is right and wrong might well be evaluable in ways similar to how other kinds of beliefs are evaluable – in terms of whether they fit with experience and survive scrutiny.

is a professor of philosophy at the University of Toronto. She is the author of Cambridge Pragmatism: From Peirce and James to Ramsey and Wittgenstein (2016). Her biography Frank Ramsey: A Sheer Excess of Powers will be published by Oxford University Press in 2020.

aeon.co
Knowledge Logic and probability Metaphysics
7 August 2018
Republish for free
Aeon is not-for-profit
and free for everyone
Make a donation
Get Aeon straight
to your inbox
Join our newsletter
Video/
Language and linguistics
Ums, likes and y’knows get no respect – but they’re vital to conversation

Modern mindfulness strips Buddhism of its spiritual core. We need an ethics of reincarnation for an interconnected world