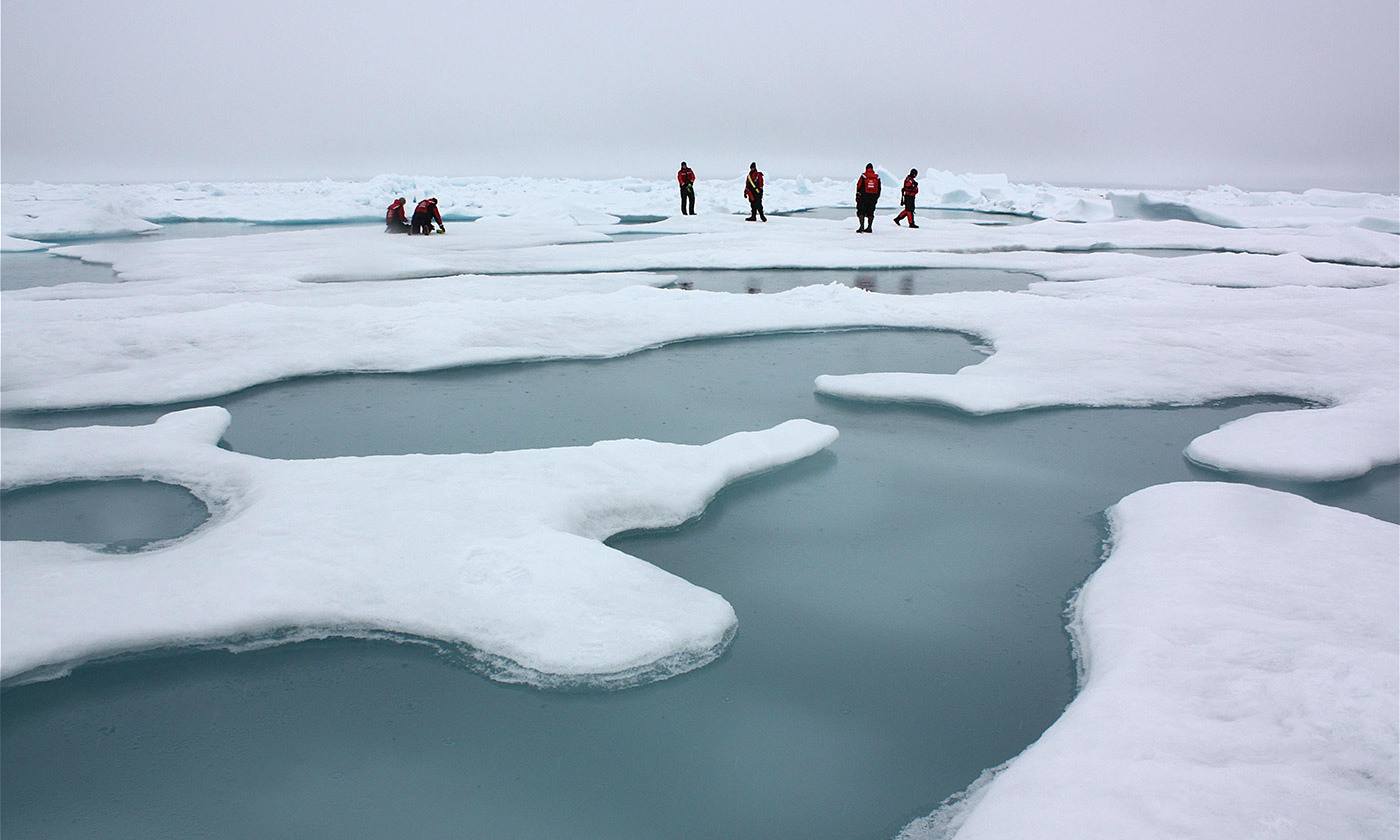 A lazy buzz phrase – ‘Is this the new normal?’ – has been doing the rounds as extreme climate events have been piling up over the past year. To which the riposte should be: it’s worse than that – we’re on the road to even more frequent, more extreme events than we saw this year.

We have known since the 1980s what’s in store for us. Action taken then to reduce emissions by 20 per cent by 2005 might have restricted the global temperature rise to less than 1.5 degrees Celsius. But nothing was done, and the welter of climate data mounting since then only confirms and refines the original predictions. So where are we now?

Last November, the COP23 UN Climate Change Conference in Bonn reported that warming by 3°C by 2100 is now the realistic expectation. With no check on emissions, we are on course to see preindustrial levels of CO2 double (from 280 to 560 ppm, or parts per million) by 2050 – and then double again by 2100. In short, we’ll be generating climate conditions last experienced during the Cretaceous period (145-65.95 million years ago) when CO2 levels reached over 1,000 ppm. What might that mean, given that we already achieve such levels of CO2 in bedrooms at night and in poorly ventilated crowded places, and when we know that, under sustained conditions of such high carbon-dioxide concentration, people suffer severe cognitive problems?

As it happens, the Cretaceous is one of my favourite geological periods. It gave us the great chalk hills and cliffs that straddle Europe. It gave us figs, plane trees and magnolias. It nurtured little mammals, who suddenly blossomed when the then-lords of creation – Triceratops, Tyrannosaurus and their cousins – went extinct at the end of the period. It was also very warm, with global temperatures 3-10°C hotter than preindustrial levels.

­Should it come to pass, any new era with a Cretaceous-like climate wouldn’t precisely mirror the original. For a start, the continents were then in very different positions: India was an island still thousands of miles south of its union with Asia; a broad ocean separated Africa (with South America still attached) from Eurasia. But in a Cretaceous rerun, there would very likely be no ice at the poles once again, and sea levels would be about 216 feet (66 metres) above current levels. We would also see the creation of vast warm shallow seas with mineral deposits similar to those that produced 1,300 ft (400 metre)-thick chalk strata in the old Cretaceous; while, in place of the larger mammals that would become extinct, reptiles might radiate across the globe and grow large in form – a fitting dinosaur revenge?

The only way I can possibly conceive of humans living in a New Cretaceous age is as a rump of scientists and technologists working in artificial, protected shelters, rather like the denizens of the novelist Italo Calvino’s invisible city of Baucis, in which people live up on stilts above the clouds ‘contemplating with fascination their own absence’.

We have recently become aware of a red line that humans are going to hit long before we approach Cretaceous conditions. In 2010, researchers showed that our species cannot survive for more than six hours at what’s called a ‘wet bulb’ temperature of 35°C (95°F). Wet bulb here means 100 per cent humidity, so it’s not 35°C as we know it. But in the great Indian agricultural belts of the Indus and Ganges, high-40s temperatures combined with 50 per cent humidity (which equates to that wet-bulb temperature of 35°C ) are going to prevail within decades.

While this is happening in hot agricultural regions, the urban world will face a perhaps even greater catastrophe. The UN’s most-likely temperature-rise prediction of 3°C would see forests growing in the Arctic, and entail the loss of most coastal cities through irreversible sea-level rise by the end of the century.

It is now widely accepted, by scientists at least, that human beings have become geological agents, hence the assignment of a new geological epoch: the Anthropocene. Human inputs into the environment, including artificial nitrogen fertilisers as well as CO2, now outstrip the natural cycles. The popular idea that geology and human concerns are totally incommensurate is belied by the fact that at times the Earth has moved very fast. Two great warming events – with a long cooling period in between – ended the last Ice Age 12,600 years ago, around 9,600 BCE. Both produced 10-degree spikes in Greenland ice cores. The first happened over only three years; the second, which ushered in the relatively stable conditions of the Holocene, happened over a period of around 60 years.

A lesson for today is that such a sudden and lasting change to the climate has consequences lasting thousands of years. That first warming caused an enormous lake to spread across North America as the Laurentide ice sheet melted, then eventually burst, leading to large-scale sea-level rise, and forming the Great Lakes and Niagara Falls some 2,500 years later. Britain was finally sundered from Europe 3,500 years after the start of the Holocene; and as the northern ice sheets melted, the land beneath them rose. This continues today in Sweden at a rate of almost 1cm a year.

This epoch, our epoch, is technically an interglacial one, and it was always going to end. The Earth has generally been violently unstable, or stably hostile, for long periods, either too hot or too cold for human civilisation. Had we not forced global temperatures upward through CO2 emissions, we would most likely now be facing a new Ice Age; as it is, the Holocene is ending as fast as it began with a new temperature spike occurring during normal human lifetimes.

So while we prattle about ‘the new normal’, we need to recognise that there was nothing ‘normal’ about the Holocene. Expert analysis of how human civilisation developed during the Holocene’s 10,000-year benign spell is only now becoming common knowledge. The geneticist David Reich leads the way, with his myth-busting account Who We Are and How We Got Here (2018), using research based on ancient DNA to link human movement with language development. Such deep knowledge of the period argues that our problem is not confined to post-industrial-era CO2 emissions (global warming, in any case, probably began with forest clearance for early agriculture), but insists that the Holocene was a freakish gift to humanity that we have exploited and taken for granted. We are now assisting at its funeral.

If we are to avoid coming to grief on the road to a New Cretaceous, this awareness needs to extend way beyond the geologists and biologists who have taught us where we came from and where, unless we change, we are headed.

aeon.co
Ecology and environmental sciences The environment Deep time
29 October 2018
Republish for free
Aeon is not-for-profit
and free for everyone
Make a donation
Get Aeon straight
to your inbox
Join our newsletter
Video/
Animals and humans
The divisive debate over hunting Norway’s endangered wolves