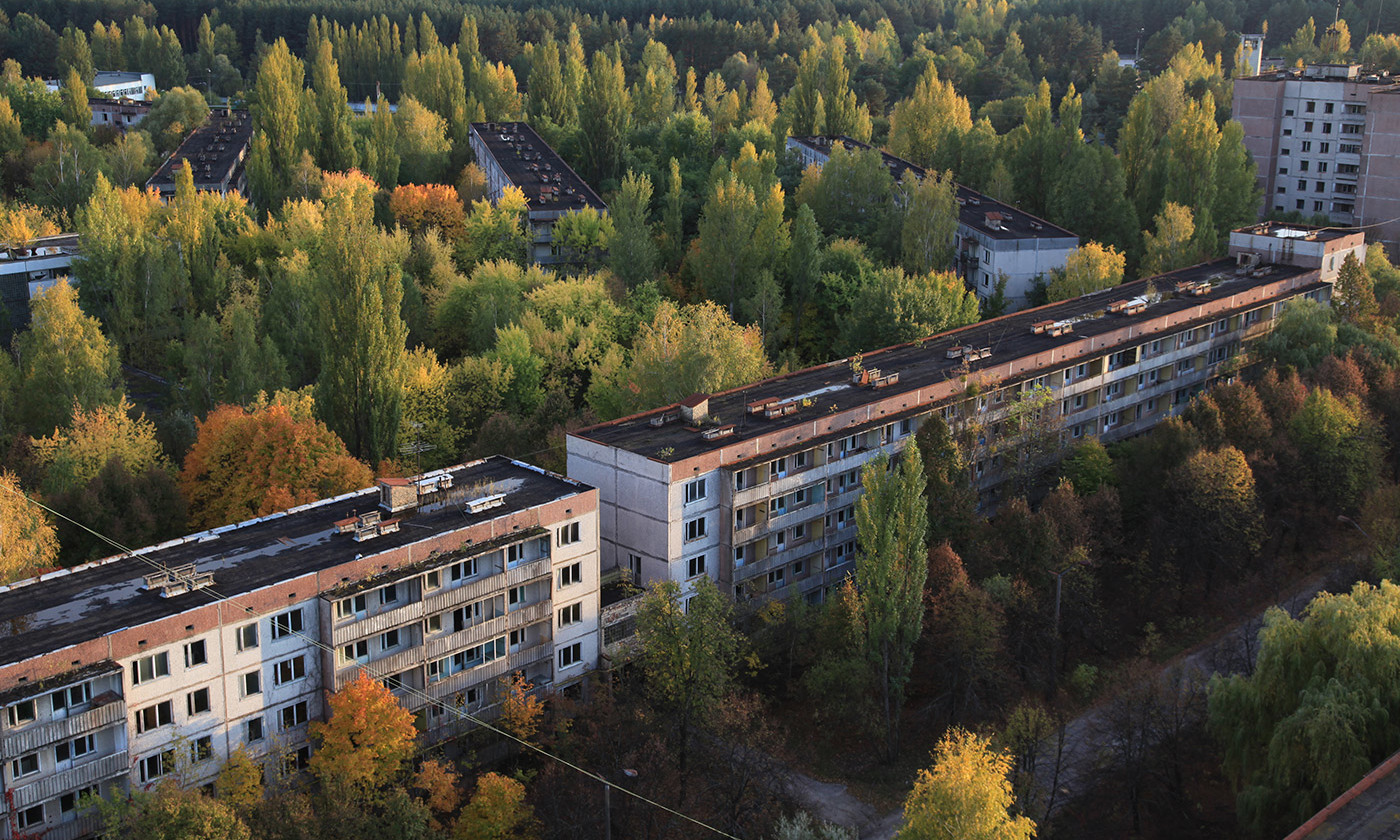 is a senior lecturer in English literature at the University of Edinburgh, where his research interests include eco-criticism, postcolonial studies, and asylum and refugee contexts. He is currently working on a book about deep time in contemporary poetry.

Late one summer night in 1949, the British archaeologist Jacquetta Hawkes went out into her small back garden in north London, and lay down. She sensed the bedrock covered by its thin layer of soil, and felt the hard ground pressing her flesh against her bones. Shimmering through the leaves and out beyond the black lines of her neighbours’ chimney pots were the stars, beacons ‘whose light left them long before there were eyes on this planet to receive it’, as she put it in A Land (1951), her classic book of imaginative nature writing.

We are accustomed to the idea of geology and astronomy speaking the secrets of ‘deep time’, the immense arc of non-human history that shaped the world as we perceive it. Hawkes’s lyrical meditation mingles the intimate and the eternal, the biological and the inanimate, the domestic with a sense of deep time that is very much of its time. The state of the topsoil was a matter of genuine concern in a country wearied by wartime rationing, while land itself rises into focus just as Britain is rethinking its place in the world. But in lying down in her garden, Hawkes also lies on the far side of a fundamental boundary. A Land was written at the cusp of the Holocene; we, on the other hand, read it in the Anthropocene.

The Anthropocene, or era of the human, denotes how industrial civilisation has changed the Earth in ways that are comparable with deep-time processes. The planet’s carbon and nitrogen cycles, ocean chemistry and biodiversity – each one the product of millions of years of slow evolution – have been radically and permanently disrupted by human activity. The development of agriculture 10,000 years ago, and the Industrial Revolution in the middle of the 19th century, have both been proposed as start dates for the Anthropocene. But a consensus has gathered around the Great Acceleration – the sudden and dramatic jump in consumption that began around 1950, followed by a huge rise in global population, an explosion in the use of plastics, and the collapse of agricultural diversity.

The concept of ‘deep time’ was first described in 1788 by the Scottish geologist James Hutton, although only coined as a term 200 years later, by the American author John McPhee. Hutton posited that geological features were shaped by cycles of sedimentation and erosion, a process of lifting up then grinding down rocks that required timescales much grander than those of prevailing Biblical narratives. This dizzying Copernican shift threw both God and man into question. ‘The mind seemed to grow giddy by looking so far back into the abyss of time,’ was how John Playfair, a scientist who accompanied Hutton on several crucial expeditions, described the effect of looking over the stratified promontory of Siccar Point in Scotland.

But Hutton’s insights really came into their own in the Romantic era of the 19th century. The affective register of deep time was one of terror and wonder, fashioned to fit a vision of the sublime that transcended and yet somehow affirmed humanity. The poet Percy Bysshe Shelley was smitten by the implacable power of Mont Blanc, ‘the naked countenance of earth’, watching balefully as ‘All things that move and breathe with toil and sound /Are born and die; revolve, subside, and swell.’ Yet ‘There is grandeur in this view of life,’ as Charles Darwin wrote at the close of On the Origin of Species (1859). His theory of evolution became imaginable thanks to the window that Hutton prised open onto these terrifying new temporal vistas.

Deep time represents a certain displacement of the human and the divine from the story of creation. Yet in the Anthropocene, ironically we humans have become that sublime force, the agents of a fearful something that is greater than ourselves. A single mine in Canada’s tar sands region moves 30 billion tonnes of sediment annually, double the quantity moved by all the worlds’ rivers combined. The weight of the fresh water we have redistributed has slowed the Earth’s rotation. The mass extinction of plant and animal species is unlikely to recover for 10 million years.

Surely the ‘sublime’ is not the right way to characterise our visceral response to these phenomena. The ‘uncanny’ might serve us better. One of the most chilling traces of the Anthropocene is the global dispersal of radioactive isotopes since mass thermonuclear weapons-testing began in the middle of the 20th century, which means that everyone born after 1963 has radioactive matter in their teeth. The half-life of depleted uranium (U-238) is around 4.5 billion years, roughly the same as the age of the Earth, while that of the plutonium in Chernobyl’s nuclear reactor is 240,000 years. Such timescales resist the imagination, but exist as a haunting presence in our daily lives.

There is also something disturbingly banal about the Anthropocene. Arguably, it’s in the encounter with everyday objects, surfaces and textures that we get the best sense of its scope and scale. Some 60 billion chickens are killed for human consumption each year; in the future, fossilised chicken bones will be present on every continent as a testimony to the intrusion of human desires in the geological record. Plastics, which began being mass-produced in the middle of the 20th century, give us back the world as the West has been taught to see it – pliable, immediately available, and smoothed to our advantage. Yet almost every piece of plastic ever made remains in existence in some form, and their chemical traces are increasingly present in our bodies. It is ironic that the characteristic ‘new’ smell of PVC is the result of the unstable elements in the material decaying. Although ostensibly inert, like Chernobyl’s ‘undead’ isotopes, plastics are in fact intensely lively, leaching endocrine-disrupting chemicals. Single-use plastic might seem to disappear when I dispose of it, but it (and therefore I) will nonetheless continue to act on the environments in which it persists for millennia.

The Anthropocene is a product of our fantasies of a frictionless, hyper-connected world. Humans created 5 billion gigabytes of digital information in 2003; in 2013 it took only 10 minutes to produce the same amount of data. Despite the appealing connotations of ‘the cloud’, this data has to go somewhere. Greenpeace estimates that the power consumption of just one of Apple’s immense data centres is equivalent to the annual supply for 250,000 European homes. Traces of this seemingly ephemeral data will persist into the deep time of the future, as rising concentrations of carbon warms the atmosphere.

Hutton’s central insight was that humans live enfolded by deep time. It leaves its impression upon us, and we impress upon it our anxieties, our inventions, our desires. The majesty of a planetary mechanism that has ‘no vestige of a beginning, no prospect of an end’, as Hutton described it, has been troubled by the cataclysmic consequences of modernity.

Whereas Hawkes described a land shaped by a combination of geological process, organic life and human activity, we have decisively shifted the balance. But the need to imagine deep time in light of our present-day concerns is more vital than ever. Deep time is not an abstract, distant prospect, but a spectral presence in the everyday. The irony of the Anthropocene is that we are conjuring ourselves as ghosts that will haunt the very deep future.

is a senior lecturer in English literature at the University of Edinburgh, where his research interests include eco-criticism, postcolonial studies, and asylum and refugee contexts. He is currently working on a book about deep time in contemporary poetry.

aeon.co
Stories and literature Deep time Ecology and environmental sciences
31 October 2016
Republish for free
Aeon is not-for-profit
and free for everyone
Make a donation
Get Aeon straight
to your inbox
Join our newsletter
Video/
Physics
Time is fundamental, space is emergent – why physicists are rethinking reality

Physics has long looked to harmony to explain the beauty of the Universe. But what if dissonance yields better insights?

Detail from a cross section of a human brain organoid revealing the formation of neural rosettes. All photos courtesy and © Muotri Lab/UC San Diego

What pea-sized brain organoids reveal about consciousness, the self and our future as a species