Why the dandy is a subversive work of public art

writes about religion, culture and place, and her work has appeared in National Geographic, The Wall Street Journal and The Atlantic, among others. She is a Clarendon Scholar at Trinity College, Oxford, working on a doctorate in theology, and recently completed her first novel.

When we think about dandies, we think of elegant fops, well-decked-out and slightly fey gentlemen who make an art of dressing well. We associate the dandy with Thomas Carlyle’s definition ‘a Clothes-wearing Man’. When we use the word casually, we refer to men (it’s almost always men) who are fussy, even anachronistic.

But the figure of the dandy, historically, has been far more subversive. In 19th-century Paris, when novelists and poets such as Charles Baudelaire and Jules-Amédée Barbey d’Aurevilly developed detailed theories of the dandy – think of Baudelaire’s essay ‘The Painter of Modern Life’ (1864); or d’Aurevilly’s book Of Dandyism and of George Brummell (1845) – the cultural figure of the dandy was not merely an aesthetically pleasing work of art but a radically discomfiting one, corporeal proof of (the archetypal dandy) Oscar Wilde’s pronouncement that art got only his talent: all his genius he put into life.

For these writers, being a dandy meant transforming every gesture, every look, every silence, into an intentional performance designed to produce an effect. Both d’Aurevilly and Baudelaire stress that the dandy must astonish without ever being astonished himself. Fine clothing, elegant mannerisms, witty conversation, these are the trappings of dandyism, but its essence is the making of meaning; the transformation of the body into a hyper-field of signs, in which every chosen element is intentional and significant in a literal sense. The dandy’s effect is an artistic one.

However messy and complex the real self might be, the dandy-self in the public sphere achieves, in the words of Baudelaire, ‘absolute simplicity’ – nothing is given away that distracts from the personal narrative. The accoutrements of a given outfit (cufflinks, a carved walking stick, a lobster on a leash – the latter beloved by the poet Gérard de Nerval) are also elements of a story that the dandy tells his audience about himself. He takes the facticity of flesh (including, significantly, biological sex: dandies are known for their command of androgyny and willingness to play with norms of gender) and transcends it. What he adds to his body reveals the person he wants to be.

The poets explicitly link the dandy phenomenon to what Baudelaire called ‘periods of transition, when democracy is not yet all-powerful and aristocracy is only just beginning to totter and fall’. Here dandies represent the last great aristocrats in a democratic age: those who resist becoming part of la foule: the crowd. Yet 19th-century dandies existed in an uneasy symbiosis with the populist, industrial age they decried: d’Aurevilly ‘performed’ his dandyism in splashily eccentric newspaper interviews as much as on the newly illumined grands boulevards of Paris (themselves indicative of a newly industrialised world order).

The dandy characterised himself as unique, irreproducible, in contrast to a world of newly available mass-produced goods. He set himself apart from the consumerist frenzy (despite being a product of it). In his ‘Arcades Project’ (1927-40), Walter Benjamin writes how, in the spectacular new world of the department store – explored in detail in Émile Zola’s novel Au Bonheur des Dames (1883) – ‘the circus-like and theatrical element of commerce is quite extraordinarily heightened’. In this light, the dandy’s refusal to be created or defined by others is of a piece with a refusal to be subsumed into the maelstrom of public consumption. And yet the way in which he narrates himself – loading his acquired objects and mannerisms with significance – is not so far from the advertising he decries. A poster might sell a product; the dandy sells himself.

Dandies are both anti-modern and thoroughly, thrillingly, of our time. In adopting unique clothing, accessorised with objets d’art, they resist the kind of uniformity that comes with picking mass-produced garments off a rack: the kind of uniformity an industrialised world demands. They’re a little anachronistic, a little old-fashioned. But their passion for self-creation – the idea that I, as a human being, can make myself and, by my choices (aesthetic and otherwise) perform a character in public space – taps into a contemporary cultural zeitgeist.

Even more than d’Aurevilly and Baudelaire, we live in an era of self-making and performing. The internet has extended our café terrasses into the realm of the incorporeal. We transform our bodies into signs, and do so digitally, divorcing ourselves from the flesh underneath. Enough has been written about the potential pitfalls of such a world: consider almost every episode of the British TV series Black Mirror (2011-13). But not nearly enough has been written about the way in which contemporary self-making is more than just an inevitable byproduct of a world of Snapchats. It is, like the dandy mentality it has come to democratise, a way of harnessing the tools of modern technology to subvert its anonymity and meaninglessness: to create an artistic vision of the self that is irreducible, and unrepeatable, unlike the digital images with which it advertises itself.

Dandyism, after all, is a kind of rebellion: as punk-rock as it is retro. It’s a celebration of individuality and self-creation, over and against the capitalist world of mass production and what the feminist scholar Elisabeth Schüssler Fiorenza called the ‘kyriarchical’ world of biology, with its socialised expectations and demands.

A dandy can play around with gender presentation – make-up was far from uncommon for many of the great dandies – resisting societal demands of what a man ‘should’ look like. A working-class man might play-act in cuts of suits traditionally belonging to the aristocracy. A black dandy – like those profiled in Dandy Lion, an exhibition at the Museum of Contemporary Photography in Chicago in 2015 – might celebrate challenging traditional stereotypes of black masculinity. In The Daily Beast, Dandy Lion’s curator, Shantrelle P Lewis, said: ‘If you photograph black men who identify as straight, that … deconstructs all of your ideas about what masculinity and manhood looks like within the black community.’

Being able to perform your own story, after all, might be the greatest human need of all. Groups such as the ‘La Sape’ movement in the Congo – African dandies in often poverty-racked communities whose extravagant clothes can come at the cost of financial ruin – remind us that the need to control our own lives, to celebrate who we are and who we want to be, and to share that narrative with others, is at the basis of what it is to be human. Dandies might be aristocrats, according to d’Aurevilly. But, in some sense, they’re also all of us. 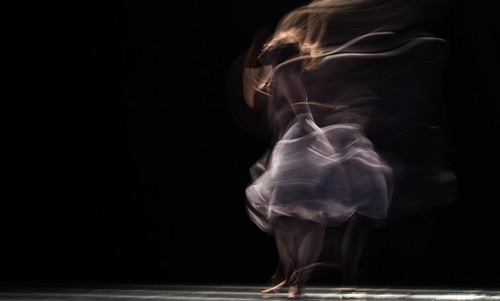 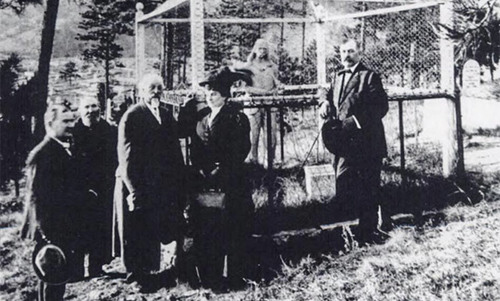 Friendship is about loyalty, not laws. Should it be policed? 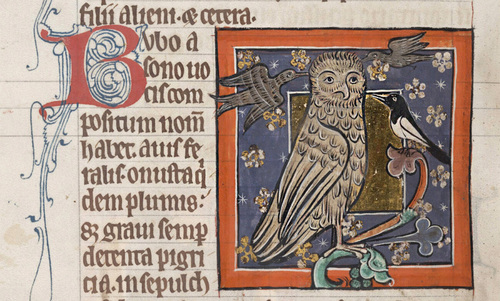 To see the antisemitism of medieval bestiaries, look for the owl