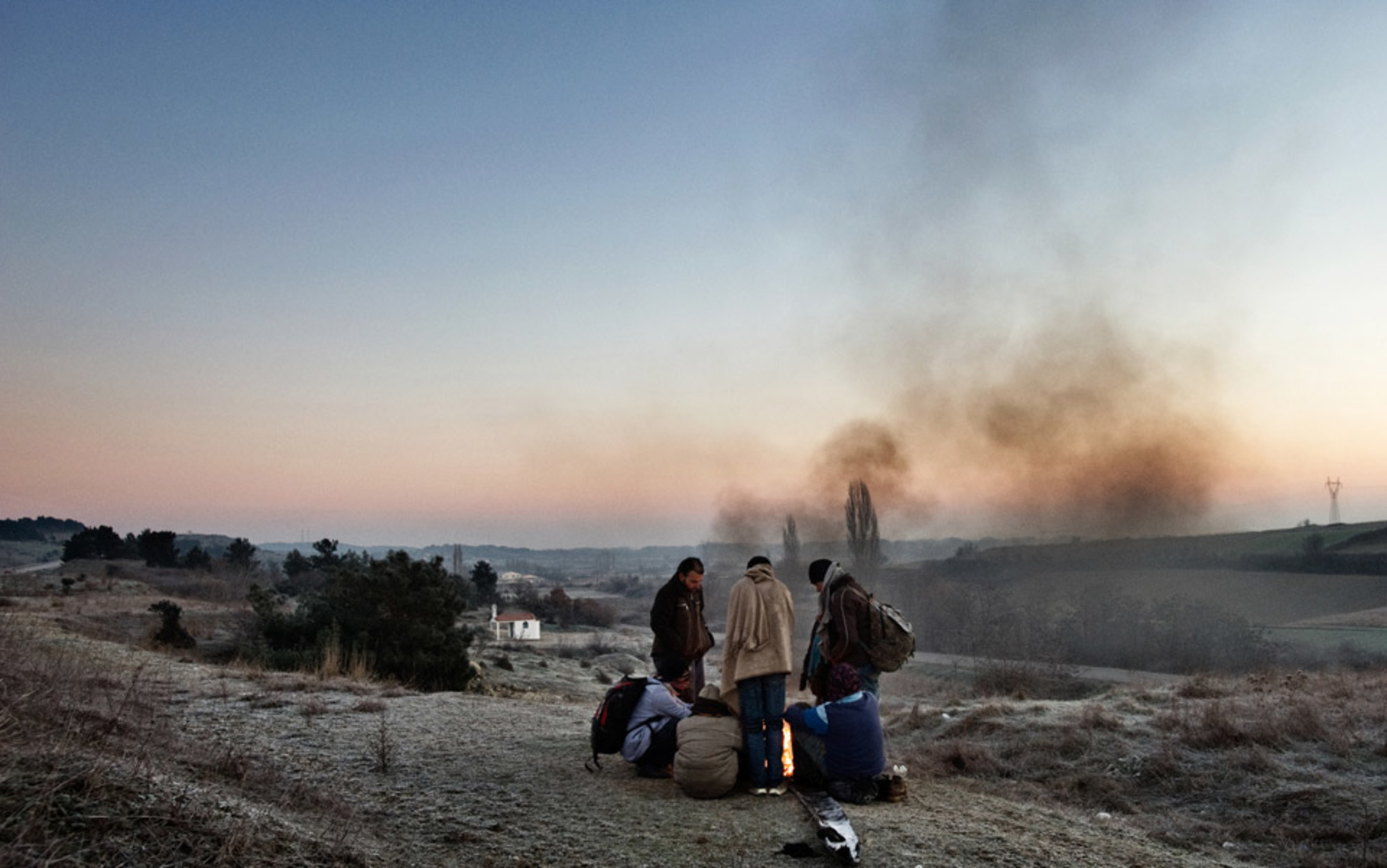 After crossing the Evros River, migrants keep warm by a fire, in Lykofos, Greece. Photo by Giovanni Cocco/VII Mentor Program

Despite its turmoil, ever more people are risking their lives to enter Greece. Welcome to Europe’s most porous border

After crossing the Evros River, migrants keep warm by a fire, in Lykofos, Greece. Photo by Giovanni Cocco/VII Mentor Program

Helena Drysdaleis the author of several books, including Mother Tongues: Travels through Tribal Europe, and Strangerland: A Family at War.

It’s 9.30pm and I am in a police station in Didimoticho, a Greco-Turkish border town on the far northeastern edge of mainland Greece. The border is new, Thrace historically having been carved up between Turkey, Greece and Bulgaria. Outside in the dark the rainstorm is easing, so the night patrol might happen after all. At 10pm, Dimitri, my police escort, arrives. He’s a hulk: navy trousers tucked into black boots, handgun slung round his waist, thick black hair. He dismisses my feeble hired Citroën and my trainers — we’re going to need a 4x4 where we’re going, and boots like his — so he offers a lift in his police jeep instead. A green jeep swings out ahead of us. According to the Cyrillic on the side, it belongs to the Bulgarian police. Together, we power north along the Ignatia Highway, then turn up a dirt track into the hills.

We park on the edge of an escarpment and gaze out across the silence. The stars have emerged, which is good, because rain or river fog will obscure the camera’s view. There are lights on the plain below, too. Dimitri whispers and points: the orange street lights are Turkey, the white ones are Greece. Twisting invisibly between them is the Evros river, which runs for 205km from where easternmost Greece meets Bulgaria and Turkey, going south through flat cotton and wheat fields to emerge in a delta on the Aegean. More than a frontier between Greece and Turkey, the Evros divides west from east, Europe from not-Europe, rich from poor: a full stomach from an empty one. For many it offers sanctuary from war.

I join the two Bulgarian officers. Armbands worn over their green national police uniforms bear the EU circle of stars and the word ‘Frontex’. Frontex is a pan-European police agency deployed here since 2010 in response to the dramatic escalation of illegal immigration, both by sea to the Aegean Islands and from Turkey across the Evros. In 2011, more than 54,232 immigrants were arrested on this border, up from 8,800 in 2009. That morning, Giorgios Salamangas, police chief of the Evros region, told me that illegal immigration here is ‘out of control’, his underfunded force swamped by an unceasing human tide. It’s another headache for poor, beleaguered Greece.

The number of immigrants who remain trapped in Athens is estimated at 450,000 to 1 million — or a tenth of the population

Frontex calls this ‘Joint Operation Poseidon Land’. It is well-named. In Hellenic mythology, Poseidon was god of both sea and rivers and when he struck land with his trident he caused earthquakes and drownings. The Evros is deep and dangerous, particularly after this year’s harsh winter and wet spring. Most migrants struggle across in overloaded inflatables, 10 or more squashed into a cheap vessel made for two. In 2010, 48 migrants drowned and 14 died of hypothermia; this year at least 18 have already been killed by water or cold, and these are just the ones the police have found. More vanish without trace. Often nameless — they travel without documents — the police guess their origins by the colour of their skin. Since most immigrants are from Bangladesh, Pakistan, Afghanistan, Iraq, Syria and Somalia, it is assumed that the majority are Muslim, so they’re given makeshift Muslim burials.

A machine whirrs, the jeep roof slides open and a structure grows out of it, silhouetted against the stars like a totem pole. It is a thermal imaging camera, able to see to a distance of up to 6km in the dark and detect the infrared radiation emitted by humans and other warm-blooded animals. It stops, rotates, turns its eye on Turkey.

We zoom in on a stretch of river and, beyond it, a Turkish village. I imagine villagers tucked up in bed, unaware of being surveilled. And I imagine groups of men, sometimes with women, children and grandparents, creeping through undergrowth, exhausted, hungry and frightened, yet relieved to be ending a journey that may have taken two years.

The aim of Frontex is to spot the migrants before they cross, and to alert the Turkish border guards who are supposed to return them home. Rajah, a Sri Lankan Tamil refugee I met in Turkey, had been arrested on the Turkish side seven times. Each time he was deported to Iran, through which he had travelled en route, only for the Iranian police to bundle him straight back to Turkey, like a human football. These days most migrants take cheap flights to Istanbul, buy a 90-day tourist visa, then access the European frontier from there.

The thermal camera refocuses on woods and fields and transforms them on screen into a picturesque snow scene. Something black moves across the white wilderness. The camera zooms: a ghostly figure leaves a house. I hate my own feeling of excitement, as if I’m hunting. We wait to see if more figures emerge — it could be a safe house — but no, just an ordinary person going about his private business. Police chief Salamangas had shown me recent footage from this camera. He had pointed out groups of cartoonlike figures pouring down the bank, climbing into a boat, launching themselves across the current. I saw them being pushed out of a van and beaten by traffickers wielding guns, then left on the roadside.

In the Bulgarian jeep, the migrants are like computer game targets. In chief Salamangas’s office in Orestiada, they are a burden. But that afternoon outside the Filakio detention centre, I met the real thing: 33 Bangladeshis who had crossed the river the night before. Several carried plastic bags containing their few possessions. Most had just a handful of euros, along with youthful energy and hope. They seemed anxious but nonetheless proud of getting here. After the Council of Europe condemned Filakio as inhumane, the Greek government rebuilt it and rebranded it a ‘reception centre’. I was not allowed inside, but chief Salamangas was keen to stress the government’s new concern for migrants’ rights. The Bangladeshis had been detained for only one night; they said they had been treated well, fed and given medical checks.

Chief Salamangas has arrested 16 traffickers so far this year, but the penalties are small — a brief prison term — and the potential for profit a continual lure. For the overland section from Istanbul to the Greek border, traffickers charge €500-€1,000 per person — down from €3,500, since word on the global network is that Greece is a soft touch. Rich Syrians, however, can be charged as much as €3,500 all the way to Athens. Rajah told me that in 11 years of trying to enter Europe he’d spent a total of €19,000 and still hadn’t succeeded. People-smuggling is now more profitable than drugs.

It’s cold, past midnight. Dimitri and I climb back into his police car, leaving the Frontex officers to their lonely vigil. They’ll be there for eight hours, staring at the screen.

The next morning I spot Asian men outside Orestiada police station being herded into a van: last night’s pickings, being driven to Filakio. Some had been caught. Others turned themselves in. They’ll be fingerprinted, photographed, registered, then released with a paper entitling them to 30 days’ stay in Greece. Their struggle to reach a country almost as chaotic as their own seems ironic, until you discover that most plan to move elsewhere in the EU’s Schengen zone, where there are no internal borders. However, according to the EU’s Dublin II Regulation, the country in which a migrant arrives is responsible for his asylum application. As 80 per cent of Europe’s illegal immigrants arrive through this gateway, many get returned to Greece.

Greece is currently pressuring Turkey to tighten border security and accept the return of illegal immigrants in accordance with an agreement signed in 2005. Government contractors have also begun erecting a razor-wire fence, at a cost of €3.1 million, along the particularly porous 12.5km stretch of land border where the Evros river kinks, ignoring critics who claim the fence will only drive migrants towards the dangerous river route.

Meanwhile, immigrants who outstay their 30 days remain trapped in Athens in neighbourhoods that have become squalid ghettos. Their numbers are estimated at 450,000 to 1 million — or a tenth of the population. Athenians complain of property prices collapsing, businesses closing, people scared to leave their homes for fear of violence. They feel alienated, besieged. With unemployment at 24 per cent, they also fear for jobs, but immigrants without papers have no legal right to work, so they survive on black market menial labour, or scavenging for scrap metal that they trundle in shopping trolleys for smelting in the Athens rubbish dump.

Others are forced into crime. A stroll around the archaeological museum, beside the grand old university building and the formerly middle-class district of Metaxourgio — all in Athens city centre — reveals streets of immigrants selling drugs, the mostly Greek junkies cooking their potions at their feet and shooting up in broad daylight. Just before the May elections, the ruling coalition parties New Democracy and PASOK realised that this has become a vote-winning issue, more potent even than the economy, and the streets were cleared. Frontex told me that since April deportations had also dramatically increased.

But it’s not enough for Greek voters, 7 per cent of whom — including half the Greek police — elected 21 Golden Dawn neo-Nazis to parliament on their promise to ‘cleanse’ the country of immigrants. No matter that many Greeks are immigrants themselves, most recently from Russia and Armenia, and further back from Asia Minor. Over an exceptionaly cold winter, immigrant numbers were slightly down, but during high summer the Evros got safer to ford, and so they rose. So, too, did the number of black shirts visible on the streets of Athens. Not surprisingly, there has been a crackdown on border control; under the aegis of Operation Shield, 1000 extra Greek police officers have been detailed along the border, with instructions to inform the Turkish Army if they spot anyone trying to cross.

At the westernmost end of Greece, on the coast of Corfu, a cluster of Africans and Asians who crossed from Turkey last year, await a boat to Italy, but with dwindling hopes. Ahmed, a Mauritian who took five years to get here and lives in an abandoned factory, recognises there’s no work for him anywhere in Europe. Meanwhile, as the Greek crisis deepens, the British government prepares to deal with an anticipated flood of immigrants into the United Kingdom — and they’re Greek. 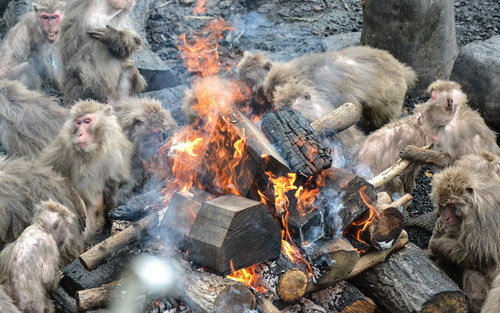 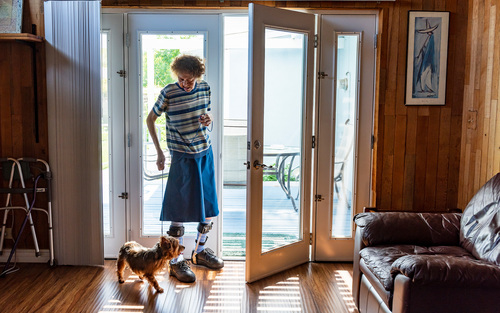 As a society we are failing people with severe, persistent mental illness. It’s time to reimagine institutional care 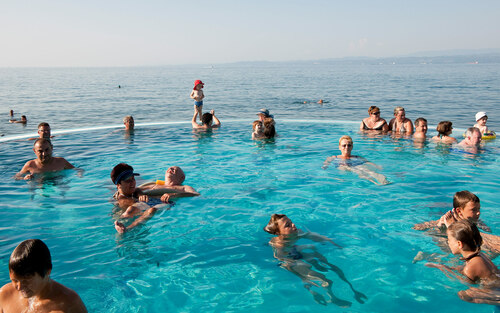 We are all frail 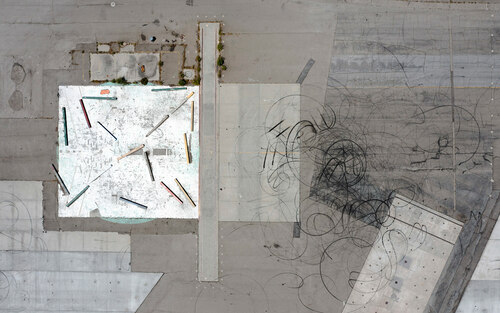 The world is a black box full of extreme specificity: it might be predictable but that doesn’t mean it is understandable 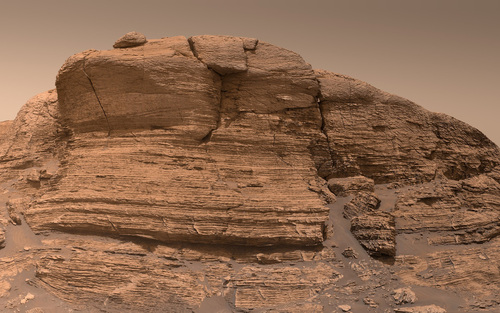 Instead of treating Mars and the Moon as sites of conquest and settlement, we need a radical new ethics of space exploration 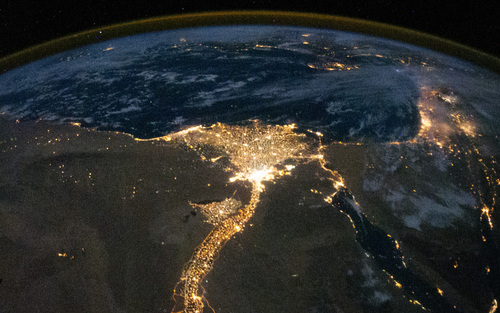 Cities that grow themselves

They are spreading like branching plants across the globe. Should we rein cities in or embrace their biomorphic potential?