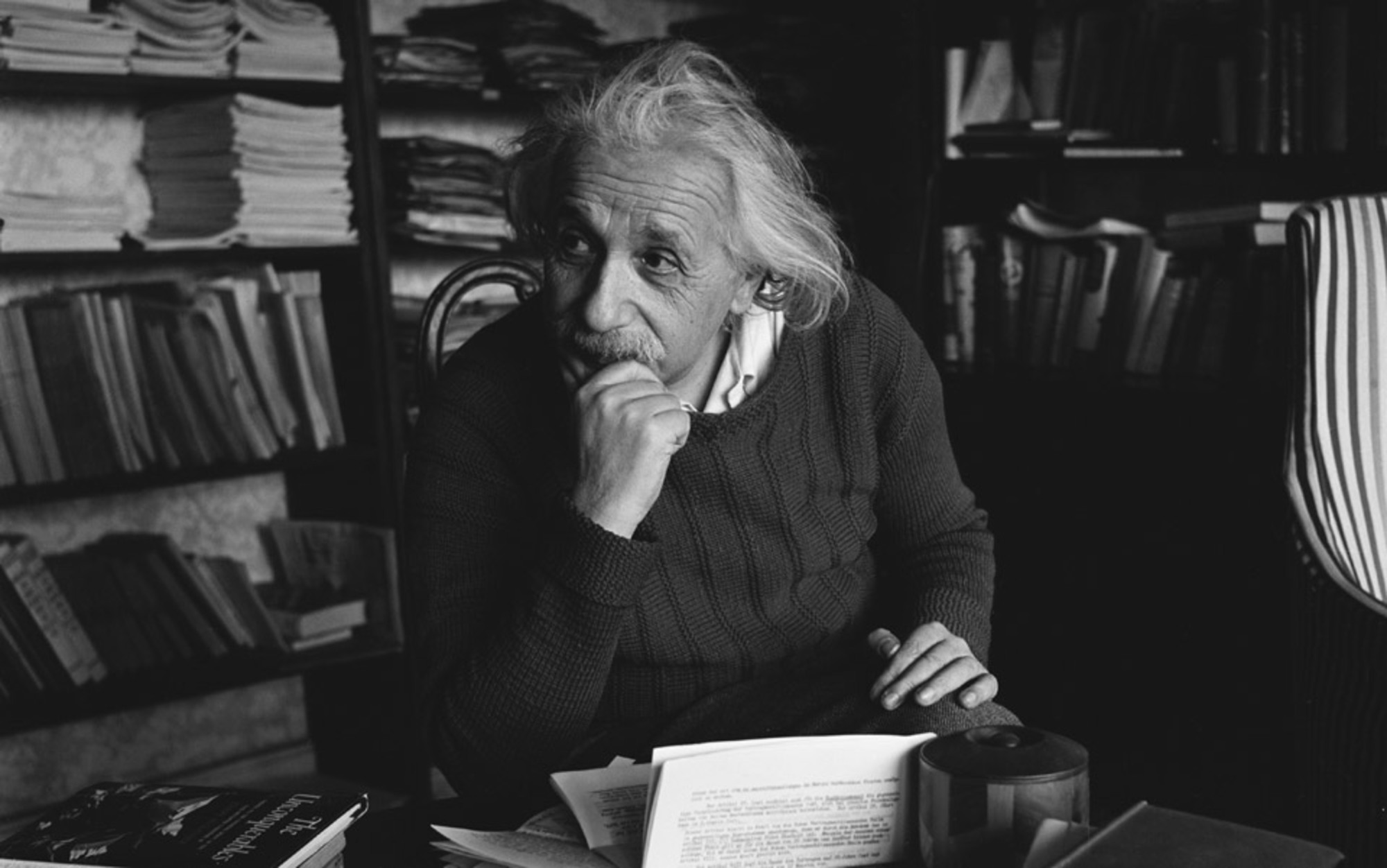 Albert Einstein was a genius, but he wasn’t the only one – why has his name come to mean something superhuman?

Before he died, Albert Einstein requested that his whole body be cremated as soon as possible after death, and his ashes scattered in an undisclosed location. He didn’t want his mortal remains to be turned into a shrine, but his request was only partially heeded. Einstein’s closest friend, the economist Otto Nathan, disposed of his ashes according to his wishes, but not before Thomas Harvey, the pathologist who performed the autopsy, removed his brain. Family and friends were aghast, but Harvey convinced Einstein’s son Hans Albert to give his reluctant permission after the fact. The eccentric doctor kept the brain in a glass jar of formalin inside a cider box under a cooler, until 1998, when he returned it to Princeton Hospital, and from time to time, he would send little chunks of it to interested scientists.

Most of us will never be victims of brain-theft, but Einstein’s status as the archetypical genius of modern times singled him out for special treatment. An ordinary person can live and die privately, but a genius – and his grey matter – belongs to the world. Even in his lifetime, which coincided with the first great flowering of mass media, Einstein was a celebrity, as famous for his wit and white shock of hair as he was for his science. Indeed, his life seems to have been timed perfectly to take advantage of the proliferations of newspapers and radio shows, whose reports often framed Einstein’s theories as being incomprehensible to anyone but the genius himself.

There’s no doubt that Einstein’s contributions to science were revolutionary. Before he came along, cosmology was a part of philosophy but, thanks to him, it’s become a branch of science, tasked with no less than a mathematical history and evolution of the Universe. Einstein’s work also led to the discovery of exotic physical phenomena such as black holes, gravitational waves, quantum entanglement, the Big Bang, and the Higgs boson. But despite this formidable scientific legacy, Einstein’s fame owes something more to our culture’s obsession with celebrity. In many ways, Einstein was well-suited for celebrity. Apart from his distinctive coif, he had a way with words and, as a result, he is frequently quoted, occasionally with bon mots he didn’t actually say. More than anything, Einstein possessed the distinctive mystique of genius, a sense that he was larger than life, or different from the rest of us in some fundamental way, which is why so many people were desperate to get hold of his brain.

Many people have wondered whether genius is a physical attribute, a special feature that could be isolated in the brain, and Einstein’s grey matter is considered a fertile experimental ground for testing this claim. Unfortunately, as the psychologist Terence Hines has argued, the published studies that were carried out on Einstein’s brain are flawed in important ways. In each case, researchers compared parts of Einstein’s brain to people assumed to be ‘normal’, but in most of these studies the scientists knew which brain sample was Einstein’s. They set about looking for differences – any differences – between Einstein and the control brains and, when you approach science in this way, it’s very easy to find differences.

After all, there was only one Einstein, just as there’s only one ‘you’ and only one ‘me’. The only way to be sure that Einstein’s brilliance was due to his anatomy would be to analyse his brain alongside many other people like him, in contrast to people unlike him. Otherwise, it’s impossible to tell the difference between the unique physiological characteristics of his genius and random variation between individuals. But that doesn’t mean we can’t investigate his genius. For while we might not have good studies of his brain, we do have the story of his life, and the contents of his mind, in the form of his research.

Einstein is often remembered as a harmless, other-worldly figure, detached from mundane problems. Certainly he had his eccentricities: he wore sweatshirts that grew rattier over the years, because wool sweaters made him itch. He didn’t like socks, and sometimes wore women’s shoes on vacation. But the conventional narrative of Einstein as tweedy eccentric ignores his radical politics and occasionally troubled personal life. After all, Einstein was a socialist and advocate for one-world government and, until Hitler rose to power, championed demilitarisation and pacifism. He was also passionately anti-racist, hosting the African-American contralto Marian Anderson at his house when Princeton hotels refused to serve her in 1937, and after.

if we expect a genius to be somehow fundamentally different from the rest of humanity, studying Einstein’s life and opinions will disappoint

But Einstein was no saint. He cheated on his first wife Mileva Marić with his cousin Elsa Einstein, whom he later married and cheated on in turn. He was known to write sexist doggerel in letters to his friends, and he had difficult relationships with his children – though he could be extremely kind to other people’s children, and even helped youngsters in his neighbourhood with their homework.

In other words, Einstein was – like all of us – a bundle of contradictions, someone who behaved well sometimes and badly at others. As a world-famous scientist, he had a louder amplifier than an ordinary person, but if we expect a genius to be somehow fundamentally different from the rest of humanity, studying Einstein’s life and opinions will disappoint.

Which leaves us with what established Einstein’s reputation: his science. Like Isaac Newton before him, Einstein sometimes had trouble recognising the implications of his ideas, to the point where it’s likely that he would have trouble recognising the way general relativity is researched and taught today. In 1939, he published a paper intending to show that black holes didn’t and couldn’t exist. The term ‘black hole’ wasn’t around back then, but several physicists proposed that gravity might cause objects to collapse on themselves. Einstein’s usually excellent intuition failed him in this case. His calculations were technically correct, but he hated the idea of black holes so much that he failed to see that, with enough density, gravity overwhelms all other forces, making collapse inevitable.

To be fair to Einstein, general relativity was still an esoteric theory in 1939. Very few researchers used it, and the observational methods required to show that black holes exist – radio and X-ray astronomy – were in their infancy. But black holes weren’t Einstein’s only weakness as a scientist. He was also justifiably modest about his mathematical ability. He relied on others, including his first wife Mileva and his good friend, the physicist Michele Besso, to help him work out thorny problems. Today they would receive co-author credits on Einstein’s papers, but that wasn’t the practice at the time.

Thanks to the diversity of human experience and human talents, we know that genius isn’t a monolithic quality that appears in identical form everywhere we find it.

And as is always the case with scientific geniuses, Einstein’s theories would exist even if he had not. Special relativity, general relativity, and the photon model of light might not have been developed by the same individual, but someone would have sussed them out. Henri Poincaré, Hendrik Lorentz and others worked out much of relativity before 1905, just as Gottfried Leibniz independently worked out the calculus in parallel with Newton, and Alfred Russel Wallace developed natural selection in isolation from Charles Darwin. Historians of science once subscribed to a ‘Great Man’ theory, but we now know that transformative ideas emerge from the work of many talented individuals, instead of emerging ex nihilo from one brilliant mind.

Nor was Einstein the only physicist to make brilliant discoveries in the early 20th century. Marie Curie, Niels Bohr, Erwin Schrödinger and Werner Heisenberg all accomplished the same, and so did many others. Were they lesser geniuses than Einstein? Curie won two Nobel Prizes and contributed directly to research that led to several others, yet she isn’t considered the archetype of genius – despite having crazy hair to rival Einstein’s. But of course there are two unfortunate biases against Curie: her gender and the fact that she was an experimentalist, not a theoretician.

This difference is instructive. Thanks to the diversity of human experience and human talents, we know that genius isn’t a monolithic quality that appears in identical form everywhere we find it. Einstein’s genius was different from Curie’s, and scientific genius is different from musical genius. Celebrity, on the other hand, tends to follow more predictable patterns. Once a person becomes famous, they tend to stay that way. Had he lived in another era, Einstein might have been a decent physicist, but he wouldn’t have been the Einstein we know. But because he lived in a special sliver of time, after the lights of fame had begun to shine bright, and before science came to be seen as a team sport, he has become our genius. 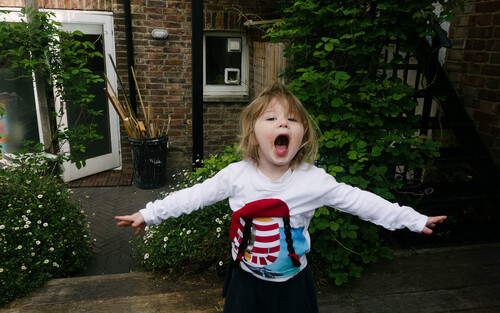 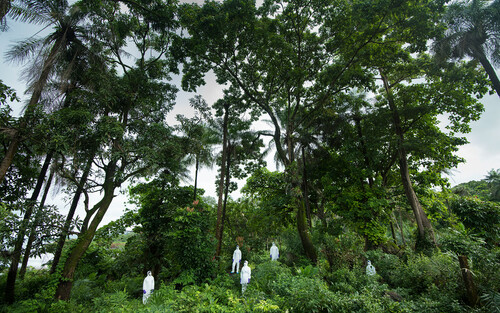 There’s no planet B

The scientific evidence is clear: the only celestial body that can support us is the one we evolved with. Here’s why 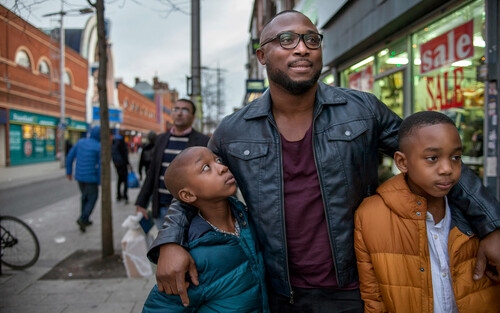 Each new generation learns from its elders. But familial voices now compete for influence with a chorus of urgent others 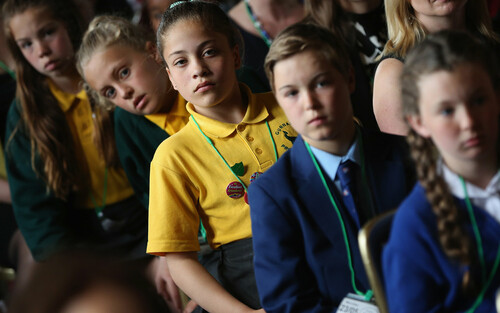 Education has long been ignored by contemporary philosophers. That is a myopic view that must change