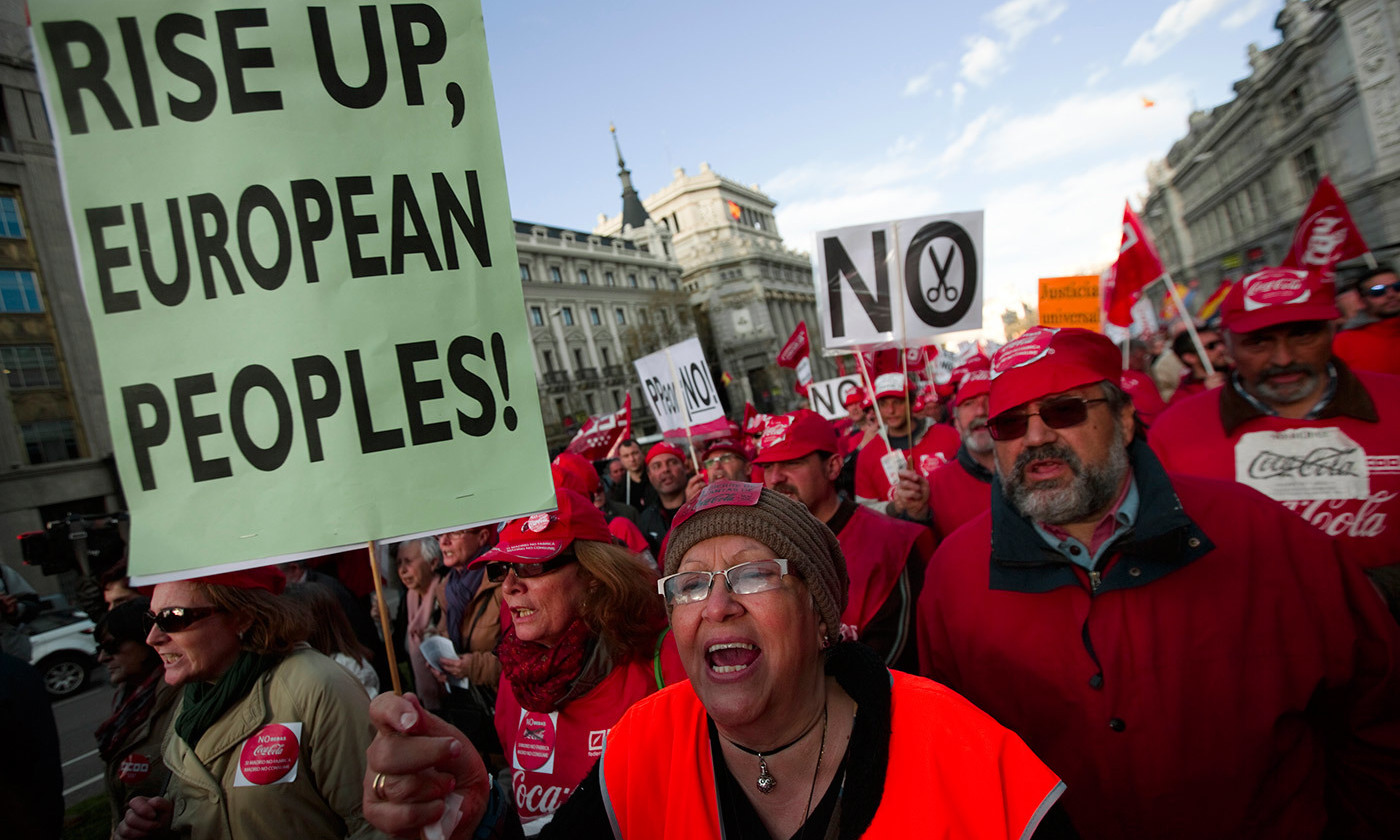 is assistant professor of political science at the University of Florida.

Have we become unreasonable? In democracies around the world, anxious commentators exhort their fellow citizens to be more open-minded, more willing to engage in good-faith debate. In our era of hyperpolarisation, social-media echo chambers and populist demagogues, many have turned to civility as the missing ingredient in our public life.

So, how important is civility for democracy? According to one of the greatest theorists of the democratic public sphere, the German philosopher Jürgen Habermas, not very. Habermas is deeply concerned with protecting our ability to solve problems through the use of reason. Yet he believes that democracy is best served when the public sphere is left open, anarchic and conflictual.

For Habermas, the function of public debate is not to find a reasonable common ground. Rather, the public sphere ‘is a warning system’, a set of ‘sensors’ that detect the new needs floating underneath the surface of a supposed political consensus. And if we worry too much about civility and the reasonable middle, we risk limiting the ability of the public sphere to detect new political claims. To get those claims on the agenda in the first place often requires uncivil and confrontational political tactics.

Habermas’s vision of politics focuses on the power of a wild public sphere. His great fear, one he expresses already in his habilitation thesis in 1962, published in English as The Structural Transformation of the Public Sphere, is that large-scale, formal political and economic institutions are increasingly shutting themselves off from public criticism. Habermas traces the development of the idea of the critical public in 18th-century Europe, one that would hold state power accountable through the use of reason, and then its decline in an era of public-relations management focused on minimising the role of the public in political decision-making. While Habermas has been accused of romanticising the European Enlightenment, his goal was to draw attention to the stark gap between the ideals of the critical public and the reality of political and social domination.

Like other individuals associated with the Institute for Social Research in Frankfurt, Habermas has always been guided by the hope of creating an emancipated society – one where the use of political, social and economic power can be fully justified to those potentially affected. To this Frankfurt School ideal, Habermas adds an insight that goes back to Aristotle – that the central human capacity is language. The fact that we can understand one another, Habermas argues, means that we are committed to using reason to resolve disputes. In our day-to-day life, we have to continuously use language to organise our lives and make plans – instances of what Habermas in 1981 called ‘communicative action’.

Habermas thinks this has radical consequences. In all these instances, we accept, just by entering into the continuous flow of communication, that the only thing that should count are reasons that everyone accepts. Habermas’s critics point out that, in the real world, social differences in power affect whose voices are heard and whose ideas are recognised in all deliberation. But this point is not incompatible with Habermas’s insights. From his early work, he has seen reasoning as a fundamentally social practice, one that must always include moral and political questions. Bringing to light these subtle forms of power and exclusion helps to realise the ideal of rational enquiry.

What follows politically from Habermas’s theory of communication? Again, one possibility is to find some way to make people live up to an ideal of disinterested, civil deliberation. In the face of increasing polarisation and the potential breakdown of the rules of the game, we should search for some way to restore the underlying norms of mutual forbearance that ensure politics does not descend into civil war. But this is hardly the direction in which Habermas goes. It’s not that he then prizes incivility in and of itself. Rather, Habermas worries that a public sphere shackled by excessive regard for the norms of deliberation and rational debate loses its essential function. And that function is to bring to light questions, issues, concerns and needs that are currently invisible to political leaders and the larger public. In Between Facts and Norms (1992), he argues that ‘liberal misgivings about opening up an unrestricted spectrum of public issues and topics are not justified’. Rather, because of its ‘anarchic structure’, contestation in the public sphere can enable the perception of ‘new problems’ and help to overcome ‘the millennia-old shackles of social stratification and exploitation’.

Confrontation, protest and incivility are all components of deliberative politics as Habermas understands it. These forms of conflict, of refusing existing norms and institutions, are what bring to light whether those institutions and norms can survive rational scrutiny. Habermas goes so far as to call the ability to withstand and even celebrate civil disobedience the ‘litmus test’ for the maturity of a constitutional democracy. Even as Habermas has a famously ambitious understanding of our capacity for the collaborative search for truth, his is an activist’s view of politics. Consensus is not the highest good. Rather, the possibility of a society based on rational consensus becomes visible only in moments of dissensus, when the failure of existing norms is unmasked. Enlightenment comes about when social groups show that the dominant social organisation fails to take into consideration their legitimate claims and concerns. This is why Habermas is clear that he is interested, not in rational political communication as such, but ‘the history of its repression and re-establishment’.

Habermas’s recent work has focused on the fate of European integration, of which he is a prominent defender. This activist current in his thought has receded as he has worried more and more about the lack of long-term political vision on the part of Europe’s leaders. Yet he has also more recently come to recognise the dangerous failures of those institutions to produce their own legitimacy. The more those institutions, such as the European Union, insulate themselves from the unruly forces of the public sphere, the more they provide ammunition for whoever can claim to speak on behalf of a suppressed public opinion. Large-scale political institutions, from the European Union to the modern administrative state, approach politics as a set of management problems, best solved without extensive input from a potentially recalcitrant public.

Democracy, according to Habermas, requires a vibrant political sphere and political institutions that are able to respond to and incorporate the energy that arises from debate, protest, confrontation and politics. Perhaps it’s not citizens who have become unreasonable. Rather, their leaders have too long refused to listen, instead treating the public as nothing more than a periodic reservoir of votes, an obstacle to be managed on the path to smooth, technocratic governance.

is assistant professor of political science at the University of Florida.

aeon.co
Politics and government Political philosophy Social psychology
24 September, 2018
Republish for free
Aeon is not-for-profit
and free for everyone
Make a donation
Get Aeon straight
to your inbox
Join our newsletter
Video/
Meaning and the good life
What a ‘good death’ can look like, in the quiet company of a compassionate stranger