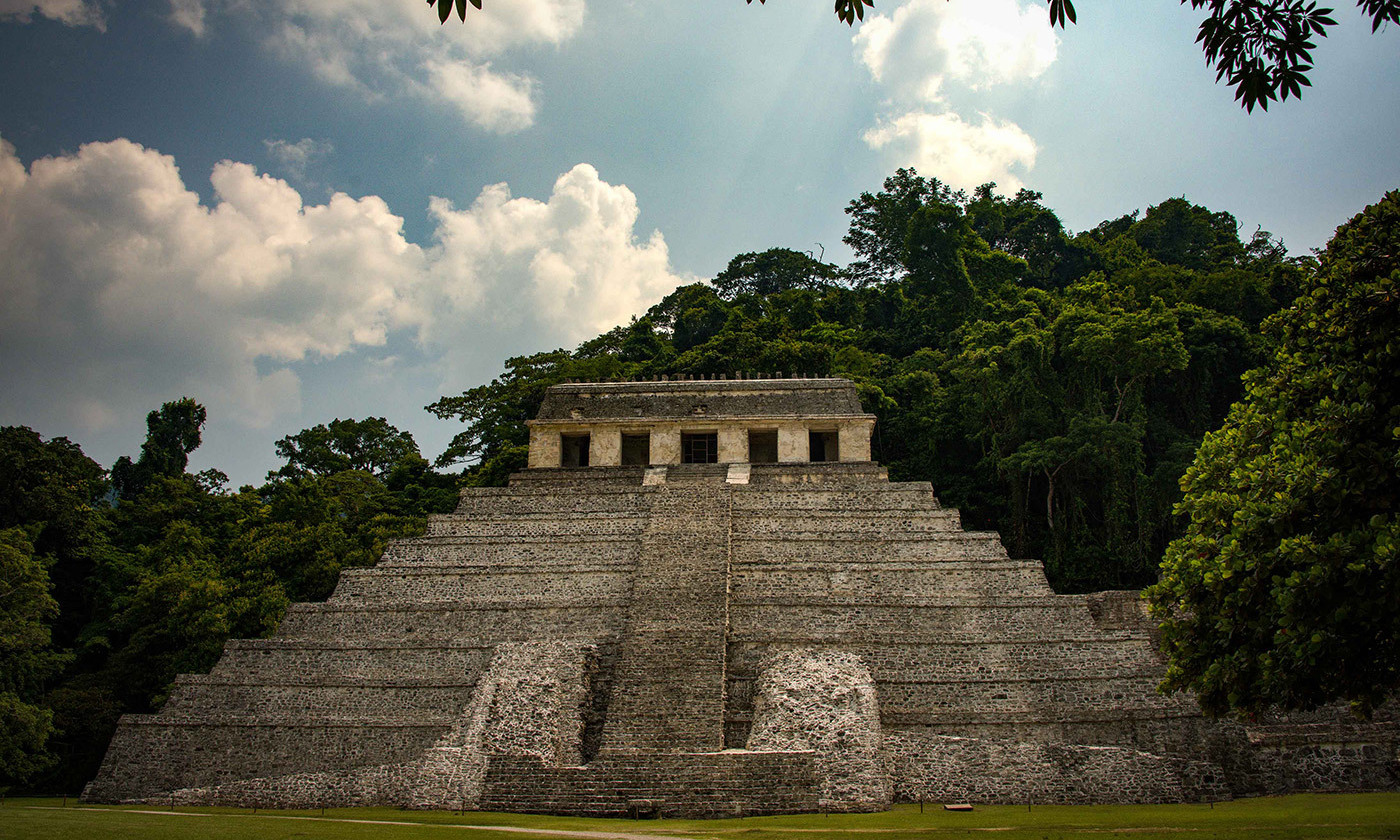 is a research associate at the Centre for the Study of Existential Risk at the University of Cambridge and an honorary lecturer in environmental policy at the Australian National University.

Is the collapse of a civilisation necessarily calamitous? The failure of the Egyptian Old Kingdom towards the end of the 2nd millennium BCE was accompanied by riots, tomb-raids and even cannibalism. ‘The whole of Upper Egypt died of hunger and each individual had reached such a state of hunger that he ate his own children,’ runs an account from 2120 BCE about the life of Ankhtifi, a southern provincial governor of Ancient Egypt.

Many of us are familiar with this historical narrative of how cultures can rapidly – and violently – decline and fall. Recent history appears to bear it out, too. Post-invasion Iraq witnessed 100,000 deaths in the first year and a half, followed by the emergence of ISIS. And the overthrow of the Libyan government in 2011 produced a power vacuum, leading to the re-emergence of the slave trade.

However, there’s a more complicated reality behind this view of collapse. In fact, the end of civilisations rarely involved a sudden cataclysm or apocalypse. Often the process is protracted, mild, and leaves people and culture continuing for many years.

The collapse of the Maya civilisation in Mesoamerica, for example, took place over three centuries in what’s known as the ‘Terminal Classic period’, between 750-1050 AD. While it was marked by a 10-15 per cent increased mortality rate and the abandonment of some cities, other areas flourished, and writing, trade and urban living remained until after the arrival of the Spanish in the 1500s.

Even the autobiography of Ankhtifi was likely an exaggeration. During the First Intermediate Period of Egypt that followed on the heels of the Old Kingdom, non-elite tombs became richer and more common. There’s also little convincing evidence of mass starvation and death. Ankhtifi had a vested interest in portraying it as a time of catastrophe, too: he’d recently ascended to the status of governor, and the account glorifies his great feats in this time of crisis.

Some collapses didn’t even happen in the first place. Easter Island was not a case of self-inflicted ‘ecocide’, as Jared Diamond has contended in Collapse (2005). Instead, the locals of Rapa Nui lived sustainably until the 19th century, when they were devastated by colonialism and disease. By 1877, they numbered just 111.

Civilisational demise can also provide space for renewal. The emergence of the nation-state in Europe wouldn’t have happened without the end of the Western Roman Empire many centuries before. This has led some scholars to speculate that collapse is part of the ‘adaptive cycle’ of growth and decline of systems. Like a forest fire, the creative destruction of collapse provides resources and space for evolution and reorganisation.

One reason we rarely appreciate these nuances is that archaeology mainly depicts what happened to the lives of the elites – a view of history through the eyes of the 1 per cent. Until the invention of the printing press in the 15th century, writing and other forms of documentation were largely the preserve of government bureaucrats and aristocrats. Meanwhile, the footprint of the masses – such as non-state hunter-gatherers, foragers and pastoralists – was biodegradable.

Because of this hierarchy, our visions of past collapses are typically seen through the eyes of its most privileged victims. Dark Ages are called ‘dark’ due to a gap in our records, but that doesn’t mean that culture or society stopped. Yes, it might mean more wars, less culture and less trade – but the archaeological record is often too scarce to draw settled conclusions. And there are powerful counterexamples: in the time of disorder between the Western Chou (1046-771 BCE) and the Qin (221-206 BCE) dynasties in China, Confucian and other philosophy flourished.

For the peasantry of Sumer in ancient Mesopotamia, the political collapse that took place by the start of the 2nd millennium BCE was the best thing that could have happened. James C Scott, a political scientist and anthropologist at Yale University, notes in Against the Grain (2017) that early states ‘had to capture and hold much of their population by forms of bondage’. The end of the Sumerian state apparatus and the flight of elite rulers from cities meant an escape from long hours in the field, heavy taxation, rampant disease and slavery. The skeletal remains of hunter-gatherers from this time suggest a more leisurely, healthy life with a more varied diet and active lifestyle. The ruin of the state was likely a relief to these people.

But none of this means that we should be complacent about the prospects for a future fall. Why? For one, we are more dependent than ever on state infrastructure – which means the loss of it is more likely to lead to disruption or even chaos. Take the near-total blackout that affected New York City in July 1977. Arson and crime surged; 550 police officers were injured, and 4,500 looters were arrested. This was the outcome of both the financial downturns in the 1970s, as well as a simple loss of electricity. By contrast, a loss of electricity in 1877 in New York City probably wouldn’t have registered with most citizens.

Modern civilisations might also be less capable of recovering from deep collapse than their predecessors. Individual hunter-gatherers might have had the knowledge to live from the land – yet people in industrial society lack not only basic survival skills, but even knowledge of how ‘basic’ items such as zippers work. Knowledge is increasingly held not by individuals, but by groups and institutions. It’s not clear that we could pick up the pieces if industrial society collapsed.

Thirdly, the proliferation of weapons has ratcheted up the stakes of collapse. When the Soviet Union fell, it had 39,000 nuclear weapons and 1.5 million kilogrammes of plutonium and highly enriched uranium. Not all of this has been contained or controlled. Diplomatic cables released via Wikileaks in 2010 suggested that Egypt was offered cheap nuclear materials, scientists and even weapons. Worse still, Russian scientists recruited during the 1990s might have underpinned North Korea’s successful weapons programme. As humanity’s technological capabilities grow, the threat of collapse cascading into a darker outcome and widespread weaponisation can only grow.

Finally, it’s significant that the world has become more networked and complex. This enhances our capabilities, but makes systemic failures more likely. A mathematical-systems study in Nature in 2010 found that interconnected networks are more prone to random failure than isolated ones. Similarly, while interconnectedness in financial systems can initially be a buffer, it appears to reach a tipping point where the system becomes more fragile, and failures spread more readily. Historically this is what happened to Bronze Age societies in the Aegean and Mediterranean, according to the historian and archaeologist Erin Cline in his book 1177 BC: The Year Civilization Collapsed (2014). The interconnectedness of these people made for a prospering region, but also set up a row of dominoes that could be knocked down by a potent combination of earthquakes, warfare, climatic change and revolts.

Collapse, then, is a double-edged sword. Sometimes it’s a boon for subjects and a chance to restart decaying institutions. Yet it can also lead to the loss of population, culture and hardwon political structures. What comes from collapse depends, in part, on how people navigate the ensuing tumult, and how easily and safely citizens can return to alternative forms of society. Unfortunately, these features suggest that while collapse has a mixed track record, in the modern world it might have only a dark future.

is a research associate at the Centre for the Study of Existential Risk at the University of Cambridge and an honorary lecturer in environmental policy at the Australian National University.

aeon.co
Global history War and peace The future
21 May 2019
Republish for free
Aeon is not-for-profit
and free for everyone
Make a donation
Get Aeon straight
to your inbox
Join our newsletter