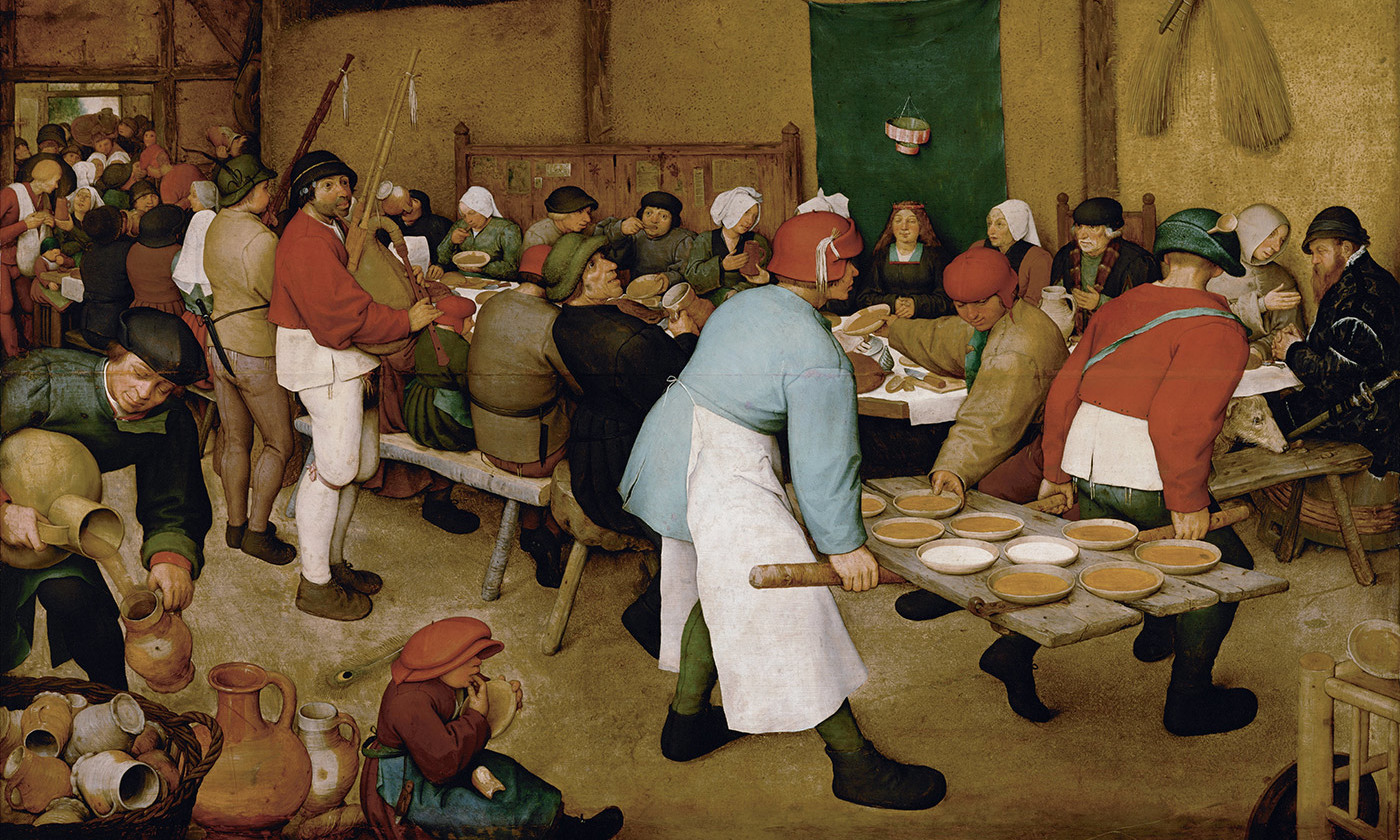 Feasts helped to transform egalitarian hunters and gatherers into the kinds of societies that laid the foundations for early states and even industrial empires. They created hierarchies and inequalities, the advantaged and the disadvantaged. Feasts might well have been the catalyst for the agricultural revolution, some 10,000 years ago. But just how did feasts bring about such dramatic transformations in cultures? In the ethnographic research that my students and I conducted among traditional tribal and chiefdom societies, feasts turned out to be very different kinds of events than your average turkey and cranberry Thanksgiving.

The most lavish traditional feast that I participated in during my research was a Torajan funeral feast in Sulawesi, Indonesia. It took more than five years to amass the assets and resources required. During this time, the deceased man was not buried but stayed wrapped up in a cocoon of fabrics in the corner of his house where he eventually dried out, and was still considered part of the family until he was buried. A small army of workers and organisers was formed to build an enclosed courtyard of temporary verandas around the house of the deceased, replete with sleeping and eating quarters, even kitchens. Invitations were sent to far-flung kin and allied families. Hundreds of guests attended.

When the time came for the funeral ceremonies, groups of allied lineages entered the courtyard in formal processions dressed in their finest, all bringing baskets of rice and other gifts as demonstrations of their support. Over the following three days, dozens of water buffaloes and pigs were sacrificed in the centre of the funeral area. The slaughtered animals were destined for huge feasts of meat and rice and palm wine – feasts that could last for weeks.

Each contribution, especially of animals, was duly recorded because all such contributions were seen as debts that had to be repaid by the kin or allies of the surviving family. The person who contributed the most to the funeral inherited the valuable rice paddies of the deceased upon which wealth and power were ultimately based. Political power, then, was partly based upon debts incurred through feasts.

Feasts tend to be competitive because the underlying motive for feasting is to secure advantageous relationships via debts (for marriage, defence or economic endeavours). This competitiveness pressures organisers to produce or acquire enormous amounts of foods, especially meat, starches and alcohol. In fact, given the competition based on gifts (that is, debts) of food and prestige items, there could never be enough food since someone was always trying to produce more in order to out-compete his rivals. It is these competitive feasting pressures that, I argue, resulted in the domestication of plants and animals.

Feasts are often very expensive events, sometimes requiring up to 10 years of work and saving. Those who are paying for them expect to obtain some benefit from all their efforts and expenditures. And this is the important part about traditional feasts: those who are invited, and who often receive gifts, are considered obligated to reciprocate the invitation and gifts within a reasonable amount of time. By accepting invitations to feasts, individuals enter into relationships of alliance with the host. Each of them supports the other in political or social conflicts as well as in economic matters. Such support is critical because social and political conflicts are rife in tribal villages, with many accusations of infidelity, theft, sorcery, inheritance irregularities, unpaid bills, ritual transgressions and crop damage from other people’s domestic animals. In order to defend oneself from such accusations and threats of punishment, individuals need strong allies within the community. Feasts are a way to get them.

Moreover, in times of famine, it is essential to have a network of support in order to borrow food. Famine can occur for many reasons: adults might be unable to work the fields due to accident or illness, crops might fail as a result of flooding or drought or plague. Feasting is the way that people created and maintained reliable social support networks – and they are effective in this because of the reciprocal debts they entailed. Once embroiled in the debt system, it is almost impossible to extricate oneself, and failing to reciprocate feasts and gifts often meant murder and warfare.

The networks and debts that feasting systems created gave great political power to certain individuals. This is how traditional feasting created the first economically based (ie, surplus-based) hierarchies. Ambitious individuals profited from the feasting system by involving others in reciprocal debts. The use of feasts in this fashion is, of course, tied to the ability of hosts to produce food surpluses, and then to convert these surpluses into advantages. This kind of energy-conversion adaptation probably emerged only in the Upper Paleolithic of Europe among the more complex hunter/gatherers, around 30,000 years ago. Feasting became common elsewhere only about 15,000 years ago during the Mesolithic or Epipaleolithic.

In the Near East, where wheat, lentils, goats and cattle were first domesticated, feasting and socioeconomic inequalities appeared in the Natufian culture (12,500-14,500 years ago), just before any domesticates appeared during the Pre-Pottery Neolithic (12,500-10,000 years ago). Similar sequences occurred in the Far East with rice and pigs, and in the New World. Even today, it is remarkable that domestic animals in the tribal villages are almost never used for normal meals: they are universally reserved for sacrifice and consumption at feasts. Such a strong ethnographic pattern seems to imply that this was the original purpose for keeping and domesticating animals. Hill-tribe villages in Southeast Asia explicitly view the raising of domestic animals as similar to putting money in the bank. People use surpluses to raise animals that will profit them in the future through feasting benefits.

The reliance on feasting to convert surpluses into power continued after the domestication of plants and animals into the Neolithic, the Bronze Age and the Iron Age. Feasting was also integral to the early Sumerian city states as well as to Classical Roman elite culture and politics. It virtually ran the Incan Empire in South America. Far different from the gustatory and social entertainment of modern feasting, traditional feasts were entertainment with ulterior motives and binding debts that have produced the kind of surplus-based industrial society with all its inequalities that much of the world lives in today. Where would we be without feasts? I believe we would still be hunters and gatherers.

aeon.co
Rituals and celebrations Progress and modernity Economic history
16 November 2016
Republish for free
Aeon is not-for-profit
and free for everyone
Make a donation
Get Aeon straight
to your inbox
Join our newsletter
Video/
Animals and humans
The divisive debate over hunting Norway’s endangered wolves