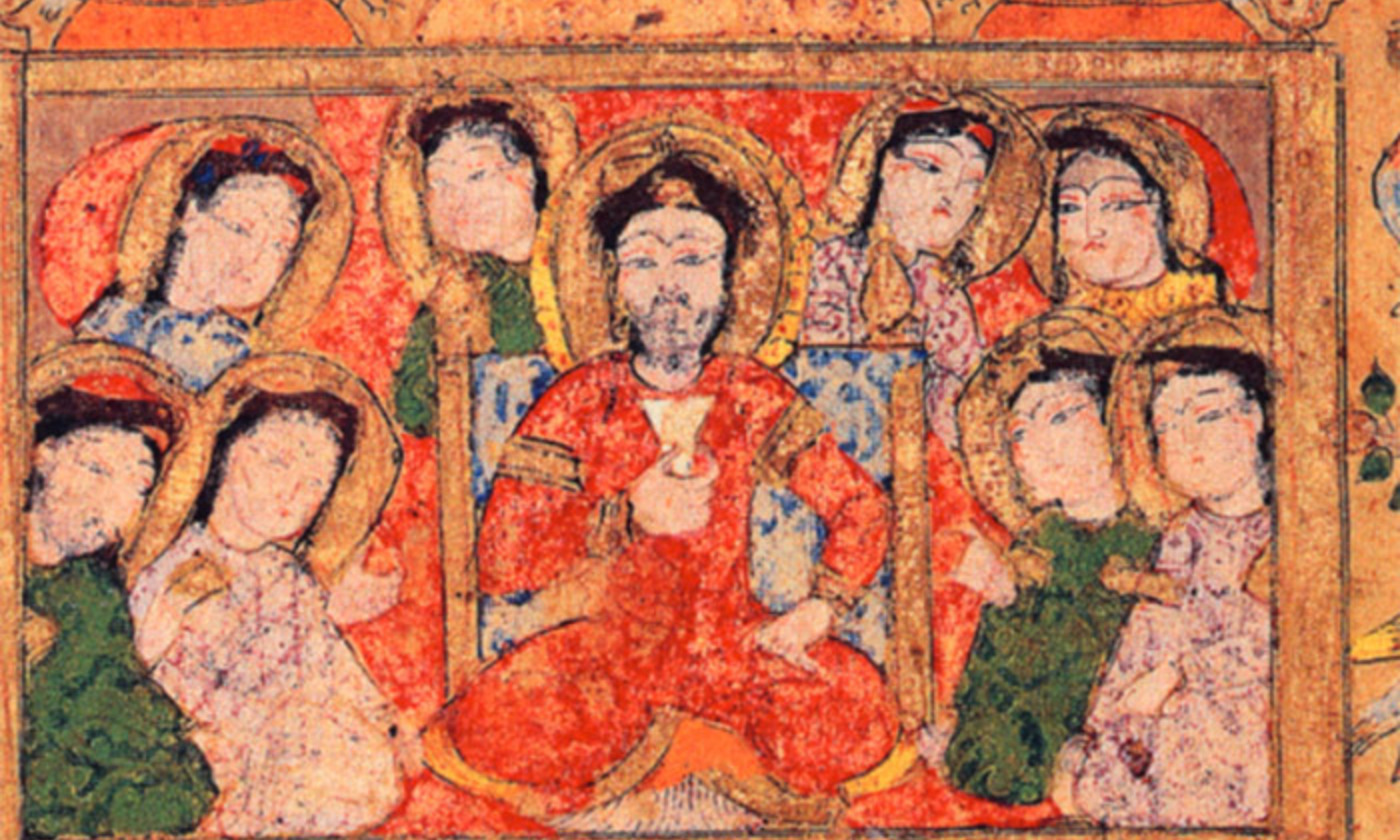 is associate professor of Islamic history and Fellow of St Cross College at the University of Oxford. His latest book is Christian Martyrs under Islam: Religious Violence and the Making of the Muslim World (2018).

There are few transformations in world history more profound than the conversion of the peoples of the Middle East to Islam. Starting in the early Middle Ages, the process stretched across centuries and was influenced by factors as varied as conquest, diplomacy, conviction, self-interest and coercion. There is one factor, however, that is largely forgotten but which played a fundamental role in the emergence of a distinctively Islamic society: mixed unions between Muslims and non-Muslims.

For much of the early Islamic period, the mingling of Muslims and non-Muslims was largely predicated on a basic imbalance of power: Muslims formed an elite ruling minority, which tended to exploit the resources of the conquered peoples – reproductive and otherwise – to grow in size and put down roots within local populations. Seen in this light, forced conversion was far less a factor in long-term religious change than practices such as intermarriage and concubinage.

The rules governing religiously mixed families crystallised fairly early, at least on the Muslim side. The Quran allows Muslim men to marry up to four women, including ‘People of the Book’, that is, Jews and Christians. Muslim women, however, were not permitted to marry non-Muslim men and, judging from the historical evidence, this prohibition seems to have stuck. Underlying the injunction was the understanding that marriage was a form of female enslavement: if a woman was bound to her husband as a slave is to her master, she could not be subordinate to an infidel.

Outside of marriage, the conquests of the seventh and eighth centuries saw massive numbers of slaves captured across North Africa, the Middle East and Central Asia. Female slaves of non-Muslim origin, at least, were often pressed into the sexual service of their Muslim masters, and many of these relationships produced children.

Since Muslim men were free to keep as many slaves as they wished, sex with Jewish and Christian women was considered licit, while sex with Zoroastrians and others outside the ‘People of the Book’ was technically forbidden. After all, they were regarded as pagans, lacking a valid divine scripture that was equivalent to the Torah or the Gospel. But since so many slaves in the early period came from these ‘forbidden’ communities, Muslim jurists developed convenient workarounds. Some writers of the ninth century, for example, argued that Zoroastrian women could be induced or even forced to convert, and thus become available for sex.

Whether issued via marriage or slavery, the children of religiously mixed unions were automatically considered Muslims. Sometimes Jewish or Christian men converted after already having started families: if their conversions occurred before their children attained the age of legal majority – seven or 10, depending on the school of Islamic law – they had to follow their fathers’ faith. If the conversions occurred after, the children were free to choose. Even as fathers and children changed religion, mothers could continue as Jews and Christians, as was their right under Sharia law.

Mixed marriage and concubinage allowed Muslims – who constituted a tiny percentage of the population at the start of Islamic history – to quickly integrate with their subjects, legitimising their rule over newly conquered territories, and helping them grow in number. It also ensured that non-Muslim religions would quickly disappear from family trees. Indeed, given the rules governing the religious identity of children, mixed kinship groups probably lasted no longer than a generation or two. It was precisely this prospect of disappearing that prompted non-Muslim leaders – Jewish rabbis, Christian bishops and Zoroastrian priests – to inveigh against mixed marriage and codify laws aimed at discouraging it. Because Muslims were members of the elite, who enjoyed greater access to economic resources than non-Muslims, their fertility rates were probably higher.

Of course, theory and reality did not always line up, and religiously mixed families sometimes flouted the rules set by jurists. One of the richest bodies of evidence for such families are the biographies of Christian martyrs from the early Islamic period, a little-known group who constitute the subject of my book, Christian Martyrs under Islam (2018). Many of these martyrs were executed for crimes such as apostasy and blasphemy, and not a small number of them came from religiously mixed unions.

A good example is Bacchus, a martyr killed in Palestine in 786 – about 150 years after the death of the Prophet Muhammad. Bacchus, whose biography was recorded in Greek, was born into a Christian family, but his father at some point converted to Islam, thereby changing his children’s status, too. This greatly distressed Bacchus’s mother, who prayed for her husband’s return, and in the meantime, seems to have exposed her Muslim children to Christian practices. Eventually, the father died, freeing Bacchus to become a Christian. He was then baptised and tonsured as a monk, enraging certain Muslim relatives who had him arrested and killed.

Similar examples come from Córdoba, the capital of Islamic Spain, where a group of 48 Christians were martyred between 850 and 859, and commemorated in a corpus of Latin texts. Several of the Córdoba martyrs were born into religiously mixed families, but with an interesting twist: a number of them lived publicly as Muslims but practised Christianity in secret. In most instances, this seems to have been done without the knowledge of their Muslim fathers, but in one unique case of two sisters, it allegedly occurred with the father’s consent. The idea that one would have a public legal identity as a Muslim but a private spiritual identity as a Christian produced a unique subculture of ‘crypto-Christianity’ in Córdoba. This seems to have spanned generations, fuelled by the tendency of some ‘crypto-Christians’ to seek out and marry others like them.

In the modern Middle East, intermarriage has become uncommon. One reason for this is the long-term success of Islamisation, such that there are simply fewer Jews and Christians around to marry. Another reason is that those Jewish and Christian communities that do exist today have survived partly by living in homogeneous environments without Muslims, or by establishing communal norms that strongly penalise marrying out. In contrast to today’s world, where the frontiers between communities can be sealed, the medieval Middle East was a world of surprisingly porous borders, especially when it came to the bedroom.

Christian Martyrs under Islam: Religious Violence and the Making of the Muslim World by Christian C Sahner is published via Princeton University Press.

is associate professor of Islamic history and Fellow of St Cross College at the University of Oxford. His latest book is Christian Martyrs under Islam: Religious Violence and the Making of the Muslim World (2018).

aeon.co
Religion War and peace Global history
28 January, 2019
Republish for free
Aeon is not-for-profit
and free for everyone
Make a donation
Get Aeon straight
to your inbox
Join our newsletter
Video/
Public health
Basic healthcare and clean needles is all in a day’s work at a roving addiction clinic