The Buddhist monk who became an apostle for sexual freedom 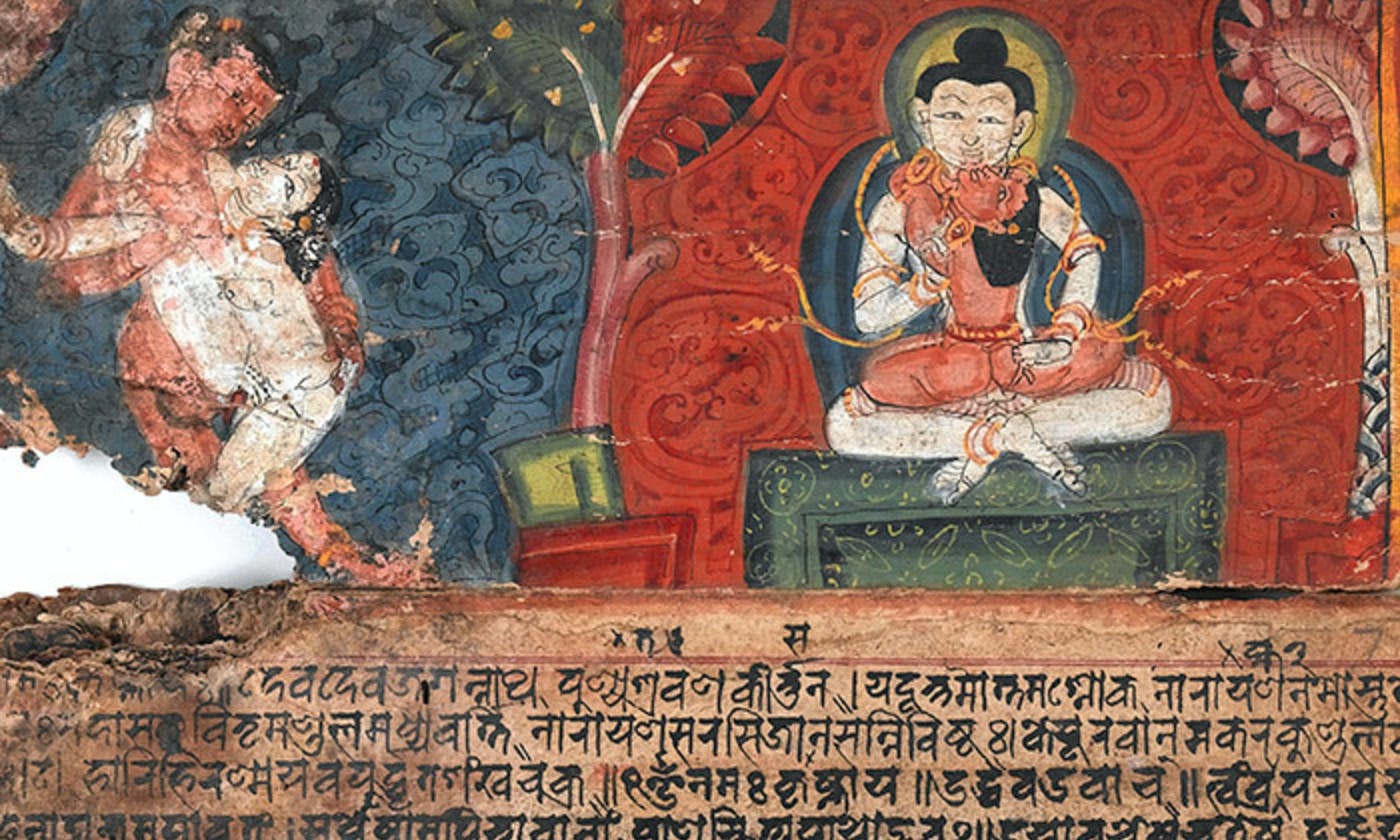 is the Arthur E Link distinguished university professor of Buddhist and Tibetan studies at the University of Michigan. He is the author of a dozen books, including The Passion Book: A Tibetan Guide to Love and Sex (2018), co-edited and translated with Thupten Jinpa.

Not spitefully binding or beating someone,
Not cruelly stabbing someone with a spear;
Passion is offered to a passionate human.
It may not be a virtue, but how could it be a sin?

From A Treatise on Passion (1967) by Gendun Chopel

Buddhist monks follow a lot of rules – 253 in one tradition, 200 in another. As the story goes, all of these rules were made by the Buddha himself. However, he did not announce them all at once, like Moses descending from Mount Sinai with the Ten Commandments. Instead, they’re said to have evolved organically, with the Buddha making a rule only after he judged a particular deed to be a misdeed. The first of the rules to be established was not against murder; it was against sex.

The inciting incident was when a man named Sudinna left his wife and parents to become a monk. Some time later, he came home and made love to his wife – not for love or lust, but at the urging of his mother. She worried that if she and her husband died without an heir, the king would seize their property. Although there was no rule against monks having sex at the time, Sudinna felt guilty and told some other monks what had happened. Those monks tattled to the Buddha, who summoned Sudinna for perhaps the worst scolding in Buddhist literature:

Over the long history of Buddhism, most of its vast literature has been composed by celibate monks. Sexual intercourse – defined as the penetration of an orifice even to the depth of a sesame seed – was the first transgression to entail permanent expulsion from the monastic order. Monks have written works of particular misogyny, such as the ‘Blood Bowl Sutra’ where the blood is menstrual blood. They’ve also sought to control the sex lives of Buddhist lay people by imposing a wide range of restrictions, such as prohibiting sex during the day or the penetration of any orifice other than the vagina. These rules have remained in place, cited in modern discussions of Buddhist attitudes toward gay and lesbian sex. Buddhist texts across Asia have presented monks as models of chastity. However, their depiction in the plays and novels of various Buddhist lands can be quite different – like in medieval Europe, monks were often portrayed as lechers.

An important counter-narrative about sex came with the rise of what is called tantra, a movement that began in India about a millennium after the Buddha’s death. While sex had long been seen as pollution, here it was transformed into a path to purity. Tantric texts made elaborate arguments about the sublime states of bliss available through orgasm, and set forth secret techniques that resulted in deep states of bodily bliss. Some would claim that sex was not only permissible but necessary – that all buddhas of the past had attained enlightenment and buddhahood through tantric sex.

Still, it wasn’t until the 20th century that we find a sustained critique of monastic norms and advocacy of sexual pleasure in Buddhist literature outside the tantric milieu. In 1939, the Tibetan writer (and former monk) Gendun Chopel composed a work that he called simply A Treatise on Passion. Written entirely in verse, it is one of only two works of erotica in the vast literature of Tibetan Buddhism.

Gendun Chopel is the most famous, and infamous, Tibetan intellectual of the 20th century. Ordained as a monk at the age of 12, he went on to excel at the highest levels of the Buddhist academy before leaving Tibet in 1934. He spent the next 12 years in India, in the state of Sikkim, and Sri Lanka, studying the classics of Sanskrit literature; at some point, he gave up his monastic vows. He wrote and painted extensively during this period, producing learned essays and translations, a travel guide and a newspaper article explaining to Tibetans that the world is round.

One of the Sanskrit classics that he studied was the Kama Sutra. Knowing that erotica was a genre of Indian literature unknown in Tibet, Gendun Chopel decided to compose his own treatise on passion – one that drew on Sanskrit sex manuals as well as from his own experience, much of it apparently drawn from the days and nights he spent in the brothels of Calcutta and with several lovers, whom he names, and thanks.

Having renounced the vow of celibacy just a few years before, his poetry shimmers with the wonder of someone discovering the joys of sex, all the more memorable because they were forbidden to him for so long. His verse is tinged with shades of irony, self-deprecating wit, and a love of women, not merely as sources of male pleasure, but as full partners in the play of passion. In the Treatise, Gendun Chopel seeks to understand the true nature of tantric bliss and how it relates to the pleasures of lovemaking:

The hills and valleys of a place add to its beauty.
The thorns of thought are the root of illness.
To stop thought without meditation,
For the common person, comes only in the bliss of sex.

Gendun Chopel arrived in India during the height of the independence movement, as Hindu and Muslim patriots sought to throw off the chains of British bondage. He was deeply sympathetic to their cause, taking many of its principles back to Tibet with him. Yet Gendun Chopel was also an apostle of another kind of freedom: sexual freedom. He condemned the hypocrisy of church and state, portraying sexual pleasure as a force of nature and a universal human right. The Kama Sutra was intended for the social elite; the tantric literature was intended for the spiritually advanced. And whether intended for the cultured gentleman or the tantric yogi, the instructions were provided for men. By contrast, in his Treatise, Gendun Chopel tried to wrest the erotic from the ruling class and give it to the workers of the world:

May all humble people who live on this broad earth
Be delivered from the pit of merciless laws
And be able to indulge, with freedom,
In common enjoyments, so needed and right.

Sexual liberation has since been championed in other lands and in other languages, often with dire consequences for the revolutionaries. And so it was for Gendun Chopel in Tibet, the site of another revolution. He had returned to Lhasa in 1945 after 12 years abroad. At first, he was the toast of the town, dining each night at the home of a different aristocrat. But soon he came under suspicion, likely instigated by the British delegation. In 1946, Gendun Chopel was arrested on trumped-up charges of distributing counterfeit currency. He was jailed for three years at the prison at the foot of the Dalai Lama’s palace, released as part of a general amnesty when the young (and current) Dalai Lama reached his majority. On 9 September 1951, when troops of the People’s Liberation Army marched into Lhasa, bearing banners proclaiming Tibet’s return to the motherland of China, Gendun Chopel was a broken man, who had to be lifted from his deathbed to watch the parade. His Treatise was not published until 1967, long after his death – and not in Tibet but in India, where so many Tibetans had followed the Dalai Lama into exile.

Gendun Chopel’s book did not contribute to the sexual revolution that occurred in Europe and the US in the 1960s. Still, reading his instructions for the play of passion, it’s clear that much remains to be done, both in the Buddhist world and beyond.