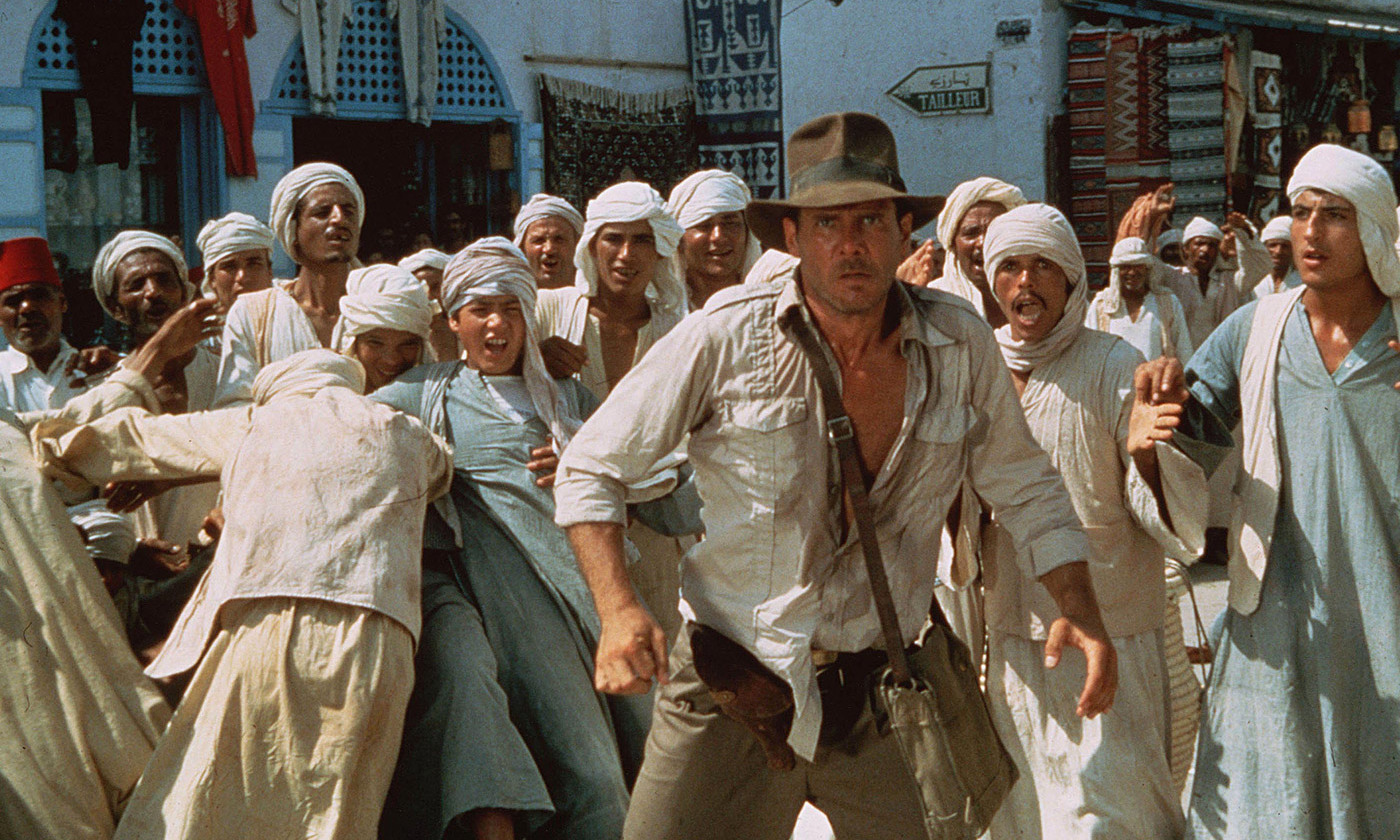 is a collegiate assistant professor at the University of Chicago. His research, focusing on the French East India Company, has appeared in scholarly journals such as French Cultural Studies and the Journal of the Economic and Social History of the Orient, as well as popular media such as The Wire and The Appendix.

Before Indiana Jones and Lawrence of Arabia, came Abraham Hyacinthe Anquetil-Duperron. Born in 1731, Anquetil was the original Orientalist-adventurer: a European scholarly expert of Asian culture who also embodied bold, heroic action in the field. His speciality was the roots of ancient religions in Asia. He was the first European to translate the Avesta, a millennia-old collection of scriptures central to Zoroastrianism, the ancient faith of pre-Islamic Persia. In order to learn to read the 2,000-year-old form of Persian in which the Avesta was written, Anquetil travelled across India for six years, from 1755. For much of that time, he lived in the port of Surat, studying among the Parsis, a community of Zoroastrians who had fled their ancestral home in Persia centuries before. Published in 1771, Anquetil’s translation of the Avesta caused a sensation. Most Europeans still considered the Hebrew scriptures to be the most ancient and reliable religious text. Anquetil’s translation confronted Europeans with Zoroastrian scriptures that were ancient and independent of Biblical traditions. He raised unsettling questions about the history and uniqueness of Christianity, and revolutionised European thinking about religion.

But Anquetil’s most lasting achievement might be his particular brand of self-promotion as the Orientalist-adventurer. In a set of memoirs presented as a companion to his translation of the Avesta, he portrayed himself as a fearless man of action, a hunter of esoteric knowledge facing dangers from man-eating beasts to lustful princes. With time, Anquetil’s fame gradually faded. But the image of the Orientalist-hero that he pioneered not only endured but grew into a celebrated and symbolic archetype of Western culture.

Before Anquetil cut a new figure of the scholar as a man of action, Europeans writing about Asia were mostly merchant-voyagers such as Marco Polo (1254-1324) and François Bernier (1620-1688), or missionaries focused on converting ‘pagans’ to Christianity. Anquetil faulted the first group for failing to study ancient Asian languages, and the second for insisting that Asian religions were merely corrupt versions of Judeo-Christian beliefs. He also criticised the armchair Orientalists who studied languages without experiencing Asia for themselves. In Anquetil’s eyes, both linguistic expertise and social experience were necessary. His memoirs emphasise that this experience had not been easy to acquire.

Anquetil described how he often risked his life for the sake of knowledge, and had survived only thanks to his trusty pistol. He claimed to have pulled out his pistol at least a dozen times during his travels in India. He saw himself as a man of courage, and so did most of his 18th-century readers. But any reasonable reading of his memoirs shows that Anquetil posed a greater danger to India than India did to Anquetil. On several occasions, he turned his pistol on customs agents who had asked to inspect his goods. When a ship he was taking seemed to be moving too slowly, Anquetil threatened the captain at gunpoint. In Surat, Anquetil borrowed a precious manuscript of the Avesta from a Zoroastrian priest, Darab Kumana, who was teaching him how to decipher the text. As weeks turned into months, Darab asked Anquetil when he planned on returning it. Increasingly suspicious of Darab and ill with fever, Anquetil started keeping his pistol at hand whenever the priest came to visit. He was ready to kill Darab rather than surrender the manuscript.

Today, Anquetil’s stories show him as a violent, paranoid bully. Yet, believing that the Indians he encountered were capable of anything, he imagined himself as a potential victim. While staying in Bengal in the spring of 1757, for example, Anquetil was invited to the home of a local nobleman, highly placed in the court of the country’s ruler, Siraj ud-Daulah. This nobleman, Khoda Yar Lutuf Khan, would soon betray Siraj ud-Daulah to the British at the Battle of Plassey. ‘Khoda Leti’, as Anquetil called him, was apparently eager to get closer to Europeans in other ways, too. When Anquetil arrived at Khoda’s palace, the nobleman greeted him warmly. Anquetil initially thought Khoda was simply being a good host but, as he described it later, the nobleman’s ‘eyes soon informed me about his real intentions. Moving his hand toward me, he tried to make them explicit.’ Anquetil gripped his pistol and fled. He claimed, however, that ‘it was only after the fact that I realised the danger that I had just escaped from. I was alone in the midst of a multitude of Moors, who, at the first sign from Khoda Leti, could have done as they pleased with me.’

Anquetil suggested that he had narrowly avoided being raped by Khoda and his servants. But, even if all the details of Anquetil’s story are true, there is no reason to imagine that Khoda’s hand reaching toward the Orientalist was meant to be the signal for a sexual assault. Seen alongside his readiness to shoot Darab Khan, ostensibly a friend and teacher, over an overdue book, Anquetil’s reaction seems like a symptom of paranoia.

Banal incidents such as passing through customs inspections, suffering travel delays and being propositioned appeared to Anquetil as life-or-death crises. In his memoirs, he transformed them into stories of his own bravery and of the dangers lurking in India. He convinced the French public. Contemporary reviews of his memoirs celebrated his ‘great courage’. Anquetil even earned praise from Voltaire, then the most famous and influential author in Europe. ‘Nothing thwarted his courage,’ the dramatic, satirist and philosopher wrote, ‘not sickness, not wars, not the obstacles that appeared at every step.’

Other scholars, jealous of Anquetil’s heroic reputation, attacked his work. The young William Jones, who would later become one of Britain’s leading Orientalists, sniped that the content of the Avesta was too trivial and boring to justify Anquetil’s efforts. One might wonder if any religious text can seem fascinating and meaningful to a prejudiced reader, or any piece of scholarship valuable to an envious reviewer. Jones was particularly motivated to denigrate the Avesta because it had been deciphered by a Frenchman, which put Britain behind France, its greatest rival, in the race for Orientalist knowledge. But if Britain resisted Anquetil’s discoveries, it would soon adopt his methods of self-promotion. The figure of the Orientalist-adventurer would soon become a key feature of the British imperial imagination.

As Britain’s empire expanded across Asia during the 19th century, colonial agents such as Richard Burton (1821-1890) and T E Lawrence (better known as Lawrence of Arabia, 1888-1935) adopted Anquetil’s modes of self-presentation. They sold their services to the British government, and their image to the British public, by presenting themselves as learned and dashing heroes ready to use violence to extract artefacts and manuscripts. In a post-colonial world, US filmmakers and video-game designers are still inspired by this kind of pistol-wielding scholar. Indiana Jones and Lara Croft are heirs to Anquetil’s personal brand. The archetype of the Orientalist-adventurer that Anquetil created has survived for two and a half centuries. What sustains its continuing appeal to diverse audiences, from French literary salons to modern US movie theatres? Perhaps these different audiences all like to imagine a kind of Western imperialism in Asia that respects Asian history and culture, one that seeks knowledge instead of resources, and that pits a single hero against a host of challenges. But as Anquetil’s memoirs show, this hero was sometimes a villain.

is a collegiate assistant professor at the University of Chicago. His research, focusing on the French East India Company, has appeared in scholarly journals such as French Cultural Studies and the Journal of the Economic and Social History of the Orient, as well as popular media such as The Wire and The Appendix.

aeon.co
History Education Religion
3 October 2016
Republish for free
Aeon is not-for-profit
and free for everyone
Make a donation
Get Aeon straight
to your inbox
Join our newsletter
Video/
Anthropology
Stunning century-old footage of the Nile valley carries echoes from the ancient past