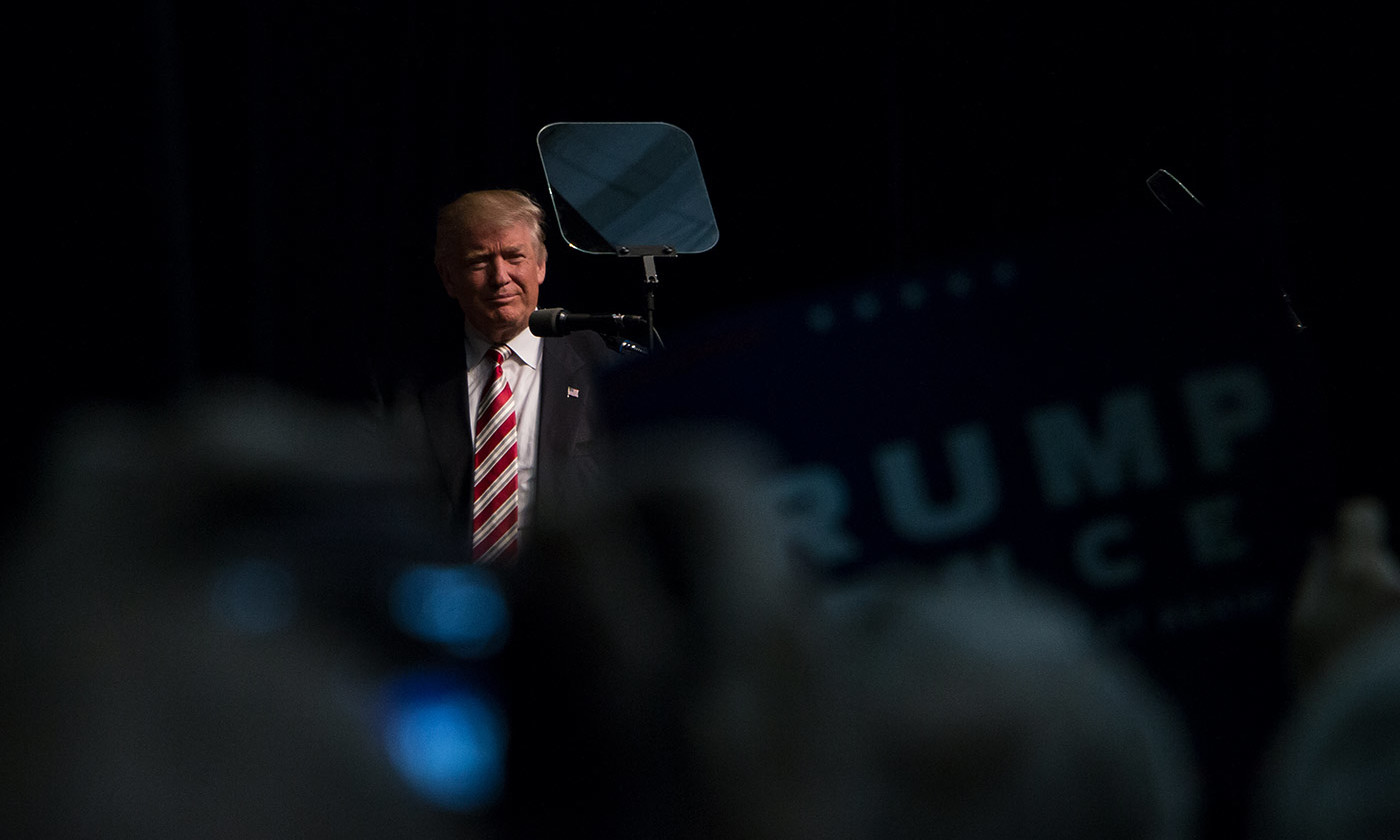 is a writer, literary scholar and lecturer in the Faculty of Humanities at Tel Aviv University, a fellow of the Minducate Science of Learning Research and Innovation Center, and a guest lecturer at Harvard University. She specialises in theoretical and practical rhetoric and in adventurous pedagogy. She lives in Tel Aviv.

We watch them giving speeches. Their delivery is enthusiastic, fiery, full of pathos. They pause at length, as if to think. They continue talking. They are applauded for their eloquence and their sincerity. Yet, on either side of their podium, we spy a set of transparent boards, on which a text is screened for the speaker, to help maintain the illusion of naturalness.

We tend to think of speech as a less contrived medium than writing. Yet the assistive technology of the teleprompter is a routine feature of contemporary speechifying. It relies upon an unstated contract between the speaker and listener. We, the audience, know that we are hearing a pre-written presentation; but somehow we forget the artifice, and feel as if the speaker is creating something for us afresh. Even when we know the text is being read from a screen, our perception of what counts as ‘true’ speech seems to be bound up with a particular rhetorical style that suggests spontaneity and self-confidence: a direct gaze, no cue cards, a natural pace.

The value of speaking ‘by heart’ – as if ‘from the heart’ – has been transmitted to us from oral cultures, including those of ancient Greece and Rome. They used mnemonic methods for memorising political speeches, including the famous ‘memory palace’ in which one visualises moving through sections of a text as if they were rooms in a large, labyrinthine house. The teleprompter, though, replaced the need for these mental feats with an external device, which functions as an ‘extension’ of the self. In doing so, it preserved the illusion that the source of the speech is located inside the speaking body.

The capacity to make powerful public declarations, unaided, has come to be seen as a marker of personal authenticity, an index of some inner truth. The ascendancy of the teleprompter offered a means of manifesting this ethos for the mass media. But in an age of social networks, has the teleprompter had its day?

In the mid-20th century, as the film and television industries were taking flight in the United States, performers and presenters struggled to memorise the large chunks of text that the formats required. Hubert Schlafly, an engineer at 20th Century Fox, came up with a solution involving a scroll of printed butcher’s paper loaded onto a rolling barrel, turned by a production assistant. In 1950, with the help of a film executive and a Broadway actor, Schlafly established the TelePrompTer company to produce the devices.

However, the mechanical operation of their product was glitchy, and diverted the speaker’s gaze off to the side. So other entrepreneurs took the idea and ran with it. Jess Oppenheimer, the producer of the TV show I Love Lucy (1951-57), filed the patent for a mirror extension that reflected the printed text on a transparent board in front of the camera, which created the conditions for the speaker to look straight into the lens. This version rapidly became a favourite for newscasters, and the best way to deliver political speeches to large audiences. Dwight D Eisenhower was the first US president to address the nation with the aid of a teleprompter, and tried it out during the 1952 presidential campaign (although he awkwardly reproached the machine during the speech for moving too slowly).

The so-called ‘presidential’ teleprompter, consisting of two flat panels on either side of a stage, grew in popularity after the 1960s. In its transparent form, it enables speakers to shift their gaze from side to side during the speech, to convey a sense of uninterrupted contact with their listeners. It also tricks the audience’s vision: the clear design reveals the text to the speaker’s eyes but hides it from the spectators.

The computerised teleprompter arrived in the 1980s, and with it, software that eliminated the need for a manual operator. The text could now be controlled remotely, and edited up to the last minute, which significantly accelerated the pace of political speech-craft. More recently, voice recognition has enabled the written words to progress at the pace of the unfolding speech; eventually, it could entirely release speakers from the mercy of their operators.

Lately, the teleprompter has reached a new phase. During one of his campaign rallies in October 2016, Donald Trump stopped mid-flow, pointed at the screen, and said: ‘By the way, these teleprompters haven’t been working for the last 20 minutes. And I actually like my speech better without teleprompters.’ He reached for one of the transparent boards and broke it.

Trump’s act shattered the tacit agreement between the speaker and listener, and publicly exposed the teleprompter magic trick. By stubbornly rejecting the device for most of his campaign, he drew a contrast between the polished, orchestrated routines of his political rivals, and his own unscripted, ungovernable talking and tweeting. Even when he was cajoled into using a teleprompter, Trump often diverted from the text, added comments, improvised, joked, and subverted all the rules of formal speech. Obama, usually an outstanding orator, found himself at a loss on the few occasions when his teleprompter failed.

Cracks have appeared in the teleprompter paradigm. It’s at risk from a growing distrust of intermediaries, filters, reputable third-parties of all kinds. This doesn’t mean audiences won’t enjoy the magic show now and again. Wearable devices and implants could extend the self and its capacities, and are likely to reshape the relations between speech, truth and authenticity once again. But the point is that what makes something believable is not grounded in any inherent fixed essence; rather, it is a flexible performance shaped by the changing material and cultural forms we grant it.

is a writer, literary scholar and lecturer in the Faculty of Humanities at Tel Aviv University, a fellow of the Minducate Science of Learning Research and Innovation Center, and a guest lecturer at Harvard University. She specialises in theoretical and practical rhetoric and in adventurous pedagogy. She lives in Tel Aviv.

aeon.co
History of technology Technology and the self Future of technology
2 February 2017
Republish for free
Aeon is not-for-profit
and free for everyone
Make a donation
Get Aeon straight
to your inbox
Join our newsletter
Video/
Cities
The city as an emergent life form, with architecture as the skeleton and roads as veins

Video/
Neurodiversity
What it’s like to have aphantasia, the inability to visualise images in the mind’s eye