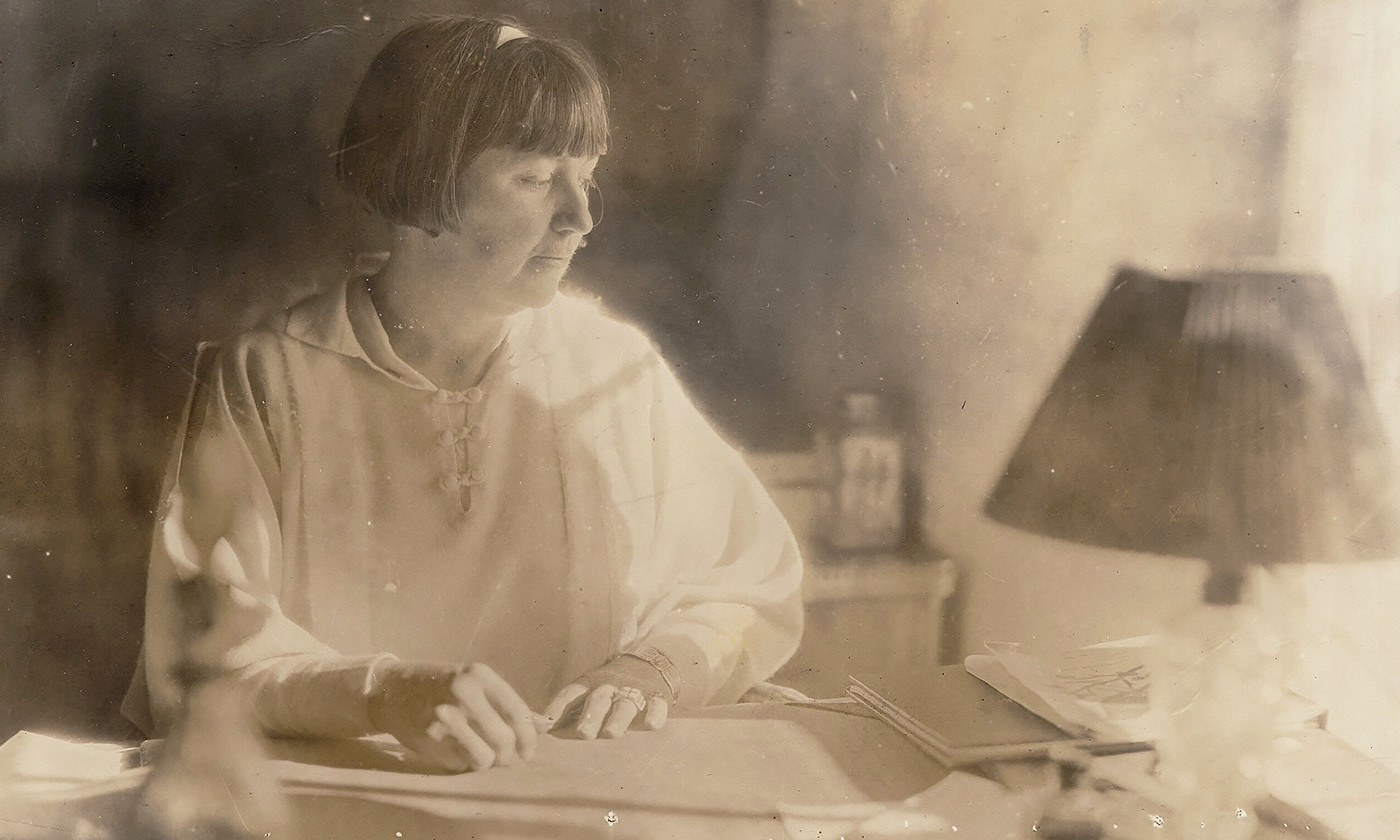 is an author and cultural historian. His latest book is Mescaline: A Global History of the First Psychedelic (2019). He lives in London.

A recent study of users of novel psychedelic substances found, probably to no-one’s surprise, that they are more likely than average to be male, white and college-educated. This has been the public face of psychedelic culture ever since it emerged more than half a century ago. All of its figureheads, from Aldous Huxley to Timothy Leary, Terence McKenna and Hamilton Morris have been drawn from this limited demographic. But as the use of psychedelics expands, evolves and becomes more diverse, its longstanding biases of gender and ethnicity are becoming more conspicuous. If these substances are a portal to ultimate reality, as their advocates claim, why do they appear to be the preserve of such a narrow segment of humanity?

The straight-white-male psychedelic hegemony clearly has roots in the gender politics of the 1960s counterculture from which it emerged. Its early champions were of an era that was conventional in its gender bias and strictly normative in its assumptions about sexual orientation. Early LSD therapists such as Stanislav Grof used it for gay conversion, and Leary claimed in Playboy in 1966 that it was ‘a specific cure for homosexuality’. But the hetero-male orientation of psychedelic research goes much deeper than the chauvinist attitudes of that decade. Long before psychiatry attempted to cure homosexuality with mind-altering drugs, self-experiments with them offered adventure and status advancement to men, while presenting women with particular personal and reputational risks.

This was evident in the very first systematic experiments: the researches into nitrous oxide conducted in 1799 at the Pneumatic Institution in Bristol in the United Kingdom. Thomas Beddoes, the doctor in charge, was radical in his politics and a passionate advocate of women’s rights: controversially, he had previously taught a course of medical lectures to women, the first time that female public education had ever been offered in Bristol. As Beddoes and his chemist-assistant Humphry Davy launched into their investigations with the newly discovered gas, they were keen to include a representative sample of women. But the first female subject to inhale a lungful of nitrous oxide from the green silk bag was transformed, in the words of one eyewitness, into a ‘temporary maniac’, dashing out of the laboratory and sprinting down the street. This spectacle ‘produced great merriment, and so intimidated the ladies, that not one, after this time, could be prevailed upon to look upon the green bag, or hear of nitrous oxide, without horror!’

The experiments induced many curious and spontaneous actions of this kind, of which the subjects often had no memory afterwards. In his report, Davy includes accounts of male subjects leaping around, shouting absurdities, lunging at him and grabbing at the silk bag to demand more gas. These bizarre behaviours could be laughed off by men, especially men of learning and scientific authority, in the name of science. For women, disinhibition and public loss of control was – and remains – far more problematic. A female subject could never, as Davy did, strip to the waist, place a thermometer under her armpit, shut herself in an airtight box filled with nitrous oxide until she lost consciousness, and emerge shouting: ‘Nothing exists but thoughts!’ Yet it was this experiment that made Davy’s reputation and launched a career that elevated him to president of the Royal Society in 1820 and made him the great scientific celebrity of his generation.

Davy’s intrepid journey to the far shores of consciousness set the tone for a century of science in which bold self-experimentation – whether with drugs, stratospheric balloon flights or gung-ho self-surgery – was a route to advancement in an exclusively male world. When major psychedelics came to the attention of science in the 1890s, in the form of the peyote cactus, the first experiments were documented in a protocol that was already well-established: the first-person report, drawn from notes made under the influence as the subject sat at his desk with pen, paper and wristwatch. The terse narrative voice was focused on reducing unruly subjective phenomena to comprehensible data. The conventions and clichés of the psychedelic ‘trip report’, as we know it today, established themselves immediately: ‘by 4.30 pm I became aware that a transparent, violet haze was about my pen point’ (the American neurologist Silas Weir Mitchell writing on peyote in 1896); ‘at 2.00 pm violet and green spots appear on the paper during reading’ (the German chemist Arthur Heffter, 1897).

This format remains standard in psychedelic reportage today, codified in the American biochemist Alexander Shulgin’s methodical reports on his new psychoactive compounds, and followed in the majority of the 20,000 drug experiences now logged on Erowid’s online database. The assumptions embedded in it are specific to the medico-scientific context in which it was created. They would be seen as crudely reductive in most non-Western cultures, where the ‘drug effect’ is one of many elements in the experience, along with the rest of the plant, the ritual context, and the other people involved. For example, in Native American Church meetings, where the sacrament is the mescaline-containing peyote cactus, the visions prized by Western scientific investigators are more commonly seen as distractions. Such experiences are essentially communal, and to focus myopically on one’s own sensations is to miss the main event.

The first subjective account of a peyote trip by a woman, the New York socialite Mabel Dodge Luhan in 1914, is narrated in a quite different voice. Luhan recalls in her memoirs a salon evening that spun wildly out of control when an anthropologist friend introduced a handful of peyote buttons to the mix. She includes vivid descriptions of her hallucinations, but is much more interested in the social tensions and power dynamics that the peyote reveals: who controls the ceremony, who obeys the rules and who rebels against them, who is transported and who is terrified. Her report isn’t science, but it’s a reminder of how much is ignored or excluded by the clinical gaze.

Ever since, trip reports by women have been exceptions to the norm. Within science, the most prominent examples are in anthropology, where studying psychedelics demands a more socially engaged approach; some of the most insightful descriptions of non-Western peyote use, for example, have come from female researchers such as Alice Marriott and Barbara Myerhoff in the 1970s. Within the mind sciences, the female first-person report is much rarer. There are examples among the first wave of LSD subjects – Adelle Davis, Anaïs Nin, Laura Huxley, Constance Newland – but they are rarely recalled in comparison with those of their male contemporaries, perhaps because their accounts tend to be more ambivalent than the grand claims of Leary and those who followed him in making psychedelics the centre of their personal narrative and professional career.

In recent years, the diversity of psychedelic users has become more visible. The largest international conference on psychedelics, Breaking Convention in London, has led the way in giving prominence to female voices, along with those of indigenous groups and nonwhite ethnicities. Similarly, a recent conference in San Francisco was dedicated to ‘Queering Psychedelics’: an initiative of the Chacruna Institute, whose primary focus is on representing indigenous traditions. In the words of Bia Labate, Chacruna’s founder, it aimed ‘to decolonise knowledge, to invert the white, straight, biomedical narrative that is hegemonic in the field of psychedelic science’.

The freedom to explore psychedelics has always been conditional on underlying freedoms – time, money, personal space and freedom from persecution, legal or otherwise – that have never been equally distributed across gender and ethnicity, and still retain their bias towards white, college-educated men. If these goods were more generally distributed, perhaps minorities and outsider groups would be over- rather than under-represented in a subculture that aims to share, celebrate and normalise minority and outsider perspectives on reality itself.

is an author and cultural historian. His latest book is Mescaline: A Global History of the First Psychedelic (2019). He lives in London.

aeon.co
Subcultures Psychiatry and psychotherapy Consciousness and altered states
26 June 2019
Republish for free
Aeon is not-for-profit
and free for everyone
Make a donation
Get Aeon straight
to your inbox
Join our newsletter