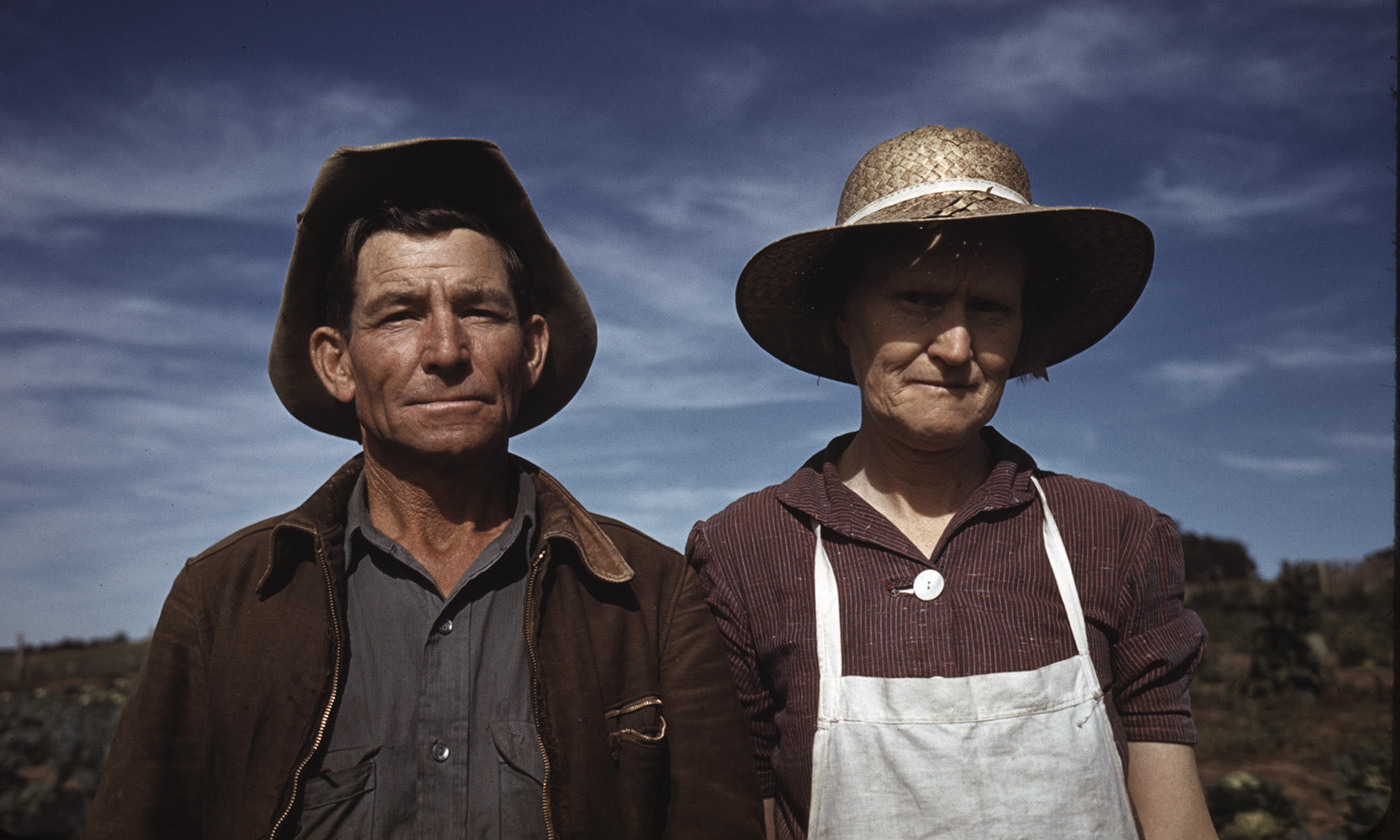 is department chair and professor of philosophy at the University of Alabama in Huntsville.

The genetics researchers Anne-Marie Laberge and Wylie Burke in 2009 reported the case of a healthy 31-year-old woman, an administrative assistant with three estranged sisters, and a mother who’d died of breast cancer in her 40s. Concerned about her risk, the woman sought testing for BRCA1 and BRCA2 inherited mutations, which increase the risk of female breast and ovarian cancers. When the testing came back positive and she decided to undergo a double mastectomy, her doctor asked her how she wanted to tell her siblings. But the patient insisted upon her privacy, and chose not to inform them of her test result. This meant the doctor was torn between respecting his patient’s confidentiality and a duty of benevolence toward her at-risk relatives.

This case, and many others like it, exhibits a tension between autonomy and solidarity. Valuing autonomy guides one to let others make their own choices, and to respect those choices. Valuing solidarity guides one to take responsibility for the wellbeing of others, and to intervene on their behalf. Situations in which these values conflict prompt searching for balance, where possible, perhaps by restricting the scope of rights to privacy for the sake of justice, or by defining exceptions that merit disclosing information without consent. In the case of the patient with the breast cancer gene, her doctor’s decision about how to balance autonomy and solidarity is difficult, and whatever decision he makes is far from straightforward.

Some cases, however, are more difficult still. Consider the one reported by the sociologist Arthur Frank in 2016 of Faith, a 28-year-old woman with cystic fibrosis whose lungs are failing and whose doctor informs her that a transplant is likely futile. A surgeon from another hospital is touting a new technique that, while very risky, might be successful. There are doubts about the surgeon’s motives. Because her condition is deteriorating, Faith has only two weeks to make a decision. What does it mean to counsel Faith in this situation? She has no real autonomy, because her extreme vulnerability and uncertainty about the proffered technique preclude her giving informed consent. But valuing solidarity is inappropriate too, because the right decision on her behalf is impossible in a position of such uncertainty about the outcome.

Faith’s life-limiting condition is difficult because it induces despair, dissonance and desolation: despair as hopes for the future confront the inevitability of fate; dissonance between an imagined future and present reality; and the desolation of being alienated and isolated when others withdraw from her tragedy and retreat from her subjectivity. In such situations, the often-neglected strategy of ‘accompaniment’ might be the best available option.

Let me explain what accompaniment means in this context. The performing arts offer a variety of examples that help to clarify this. In music, the accompaniment is the musical part that supports the melody or main themes of a musical performance, as when an organist or guitarist accompanies a choir, or a drummer and bass player accompany a lead singer. In a dramatic film, the accompaniment is the part that supports the dramatic action, as when a musical soundtrack accompanies dialogue between actors. These examples indicate that accompanying another involves lending support to the other in ways that amplify or strengthen their efforts. Like solidarity, accompaniment involves one uniting with another. But unlike solidarity, which typically aims to correct some injustice or satisfy some need, accompaniment aims to acknowledge and engage with the efforts of another – not for the sake of helping the other achieve some goal that’s impossible to achieve on one’s own, but for the sake of enriching, and making manifest the value of, the other’s efforts. This difference in emphasis is important.

The School Kids Investigating Language in Life and Society (SKILLS) programme at the University of California, Santa Barbara (USCB) exemplifies the practice of accompaniment. Students in the programme are second-generation immigrant Latinx from working-class homes who intend to pursue higher education. Mary Bucholtz, Dolores Inés Casillas and Jin Sook Lee, all scholars at USCB, report that one of the main obstacles these students face is linguistic. Cultural demands to speak English isolate the students from communicating with their Spanish-speaking grandparents, and their English-language dialects tend to marginalise them in academic contexts. SKILLS teachers accompany these students by engaging them in research projects designed to help them see their linguistic skills as assets, and to reframe their linguistic capability as a virtue rather than a hindrance.

To accompany another is to give companionship against despair, dissonance and desolation. Against desolation, one who accompanies offers consolation, being with another in their solitude by creating opportunities for testimony, listening and hearing without judgment, and reinforcing the other’s dignity by acknowledging their experience and struggle. Against dissonance and despair, one who accompanies also fosters reconciliation by affirming strength and resilience, bringing one’s presence to the other’s difficulties, validating ways that the past pulls upon the present, and participating in efforts to imagine ways of transforming or reframing the affective significance of the other’s reality.

Consider the case of Samuel, Alisha and Aaron Cobb’s son, who had a severe abdominal wall defect and the chromosomal abnormality trisomy 18. Samuel died five hours after his birth. His parents had learned of his condition five months before he was born. Three months before his birth, they learned it would be fatal, and his mother spent the remainder of her pregnancy enduring the typical curious enquiries, idle comments and congratulations. Some years later, reflecting upon his grief, Samuel’s father writes, in Loving Samuel: Suffering, Dependence, and the Calling of Love (2014):

There are days now where it is easier to carry the sorrow of our loss, but it is not because the burden is lighter. At times, it is because one of us is carrying the other, or, perhaps, we all are being carried by others.

The carryings by others of which Cobb writes are acts of accompaniment. The acts demand, of those who accompany, foregoing fears and strategies for self-protection for the sake of giving witness to an unavoidably difficult present and an irreparably uncertain future. They demand companionship, rather than distancing, directed toward helping another bear what seems to be unbearable.

When compassion opens us to the struggles of another in situations that induce despair, dissonance and desolation, it can be difficult to discern an appropriate response. The temptation is to manage the other’s condition – to offer solutions or platitudes, to approach the other objectively. But despair, dissonance and desolation are not faults to be managed, and efforts to the contrary deny our powerlessness against the other’s vulnerability. Adopting the stance of accompaniment, by contrast, embraces the truth the other knows all too well and, in doing so, embraces the other. It succeeds not by resolving problems but by aligning with the other – experiencing the other’s suffering in common, allowing the other’s struggle to matter and affect one’s own experience, and responding, with speech or action or silence, in ways that don’t obstruct the other’s efforts to confront their situation.

is department chair and professor of philosophy at the University of Alabama in Huntsville.

aeon.co
Ethics Wellbeing Self-improvement
17 April 2020
Republish for free
Aeon is not-for-profit
and free for everyone
Make a donation
Get Aeon straight
to your inbox
Join our newsletter
Video/
Values and beliefs
‘I’m just measuring myself with myself’ – ping pong as a route to Sufi spiritual practice

Essay/
Neuroscience
How close is too close?

The neuroscience of peripersonal space explores how you create, defend or relax the buffer zone between you and the world

Video/
Values and beliefs
What would Sartre make of the footballer who stood by his decision to kick a fan?

Essay/
Space exploration
Do we send the goo?

The ability to stir new life into being, all across the Universe, compels us to ask why life matters in the first place