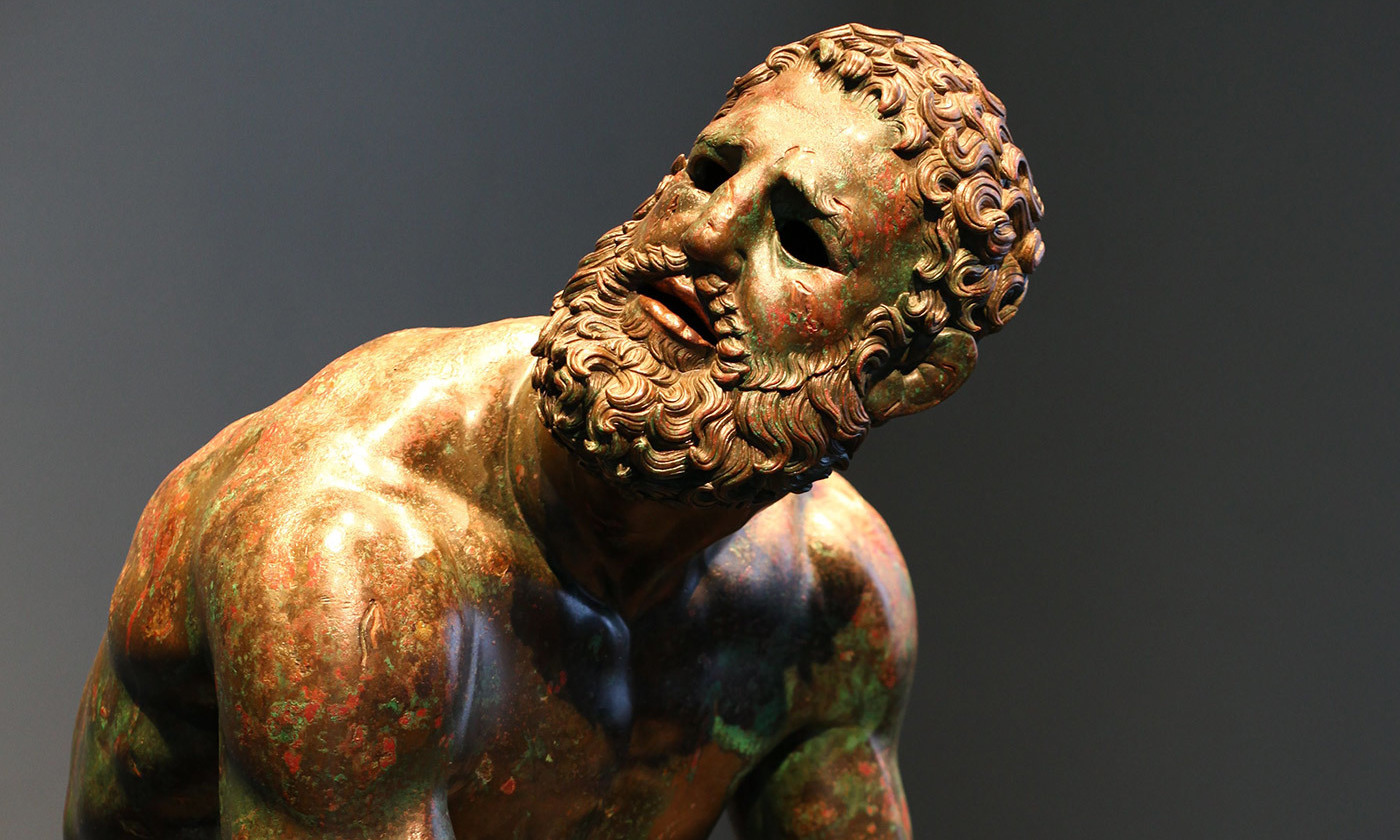 is associate professor of classics at Brown University in Rhode Island. Her latest book is The Classical Debt: Greek Antiquity in an Era of Austerity (2017).

This May, Greece’s parliament passed yet another austerity bill in the hopes of securing more European debt relief. For nearly seven and a half years, creditors have held the country in an economic stranglehold. Along the way, they’ve offered a series of lessons in adding insult to injury. Political cartoons abroad portray Greeks as lazy, corrupt and fiscally reckless. Comedy sketches call upon the Olympian gods to lampoon the Greek people for childish irresponsibility. Politicians and media outlets alike regularly play off a version of the same old trope: the Greeks were great once, but today they’re a far cry from their ancestors. In the European West, after all, nostalgia for the marble-white Greece of Thucydides, Sophocles and Socrates runs deep.

That nostalgia sometimes comes packaged in accusation. In February 2010, Germany’s FOCUS magazine notoriously featured a doctored image of the Venus de Milo – one arm restored, flipping the bird – with the headline ‘Fraudsters in the Euro Family’. One article, titled ‘2,000 Years of Decline’, pronounced: ‘The modern Greeks prove their dissimilarity to their ancestors almost daily. The country that gave rise to Socrates and Plato, Myron and Phidias, Pindar and Sophocles, Pythagoras and Thucydides, today has no significant poets, composers, artists or philosophers.’

That stereotype long predates the current crisis. A half century before that issue of FOCUS, in the hit film Never on Sunday (1960), the director Jules Dassin played the part of the American tourist Homer Thrace, a man who has journeyed to Greece in search of its ancient philosophers. Disillusioned within hours of disembarking, he interrogates a prostitute named Ilya (played by Melina Mercouri) about what has gone wrong: ‘No society ever reached the heights that were attained by ancient Greece! It was the cradle of culture. It was a happy country. What happened? What made it fall?’

But was there ever such a Greek Golden Age? When, exactly, was Greece great? In fact, nostalgia for a lost greatness can be found in the so-called Golden Age itself. Even in the mid-fifth century BCE, Athenians were already looking back with longing. A few decades earlier, Athenian citizen-soldiers had helped to rout the Persian invaders of Greece. Throughout antiquity, those warriors would be revered as Athens’ Greatest Generation. Its most celebrated icons were the Marathonomachai, who fought and defeated the Persian troops in the 490 BCE Battle of Marathon (the playwright Aeschylus was one of them). Not long after their victory, the Greeks began to think that they would never stack up to the glories of the past.

Sixty-six years after that battle – the same stretch of time that separates us from 1951 – the Athenian playwright Aristophanes entered The Knights in one of his city’s drama festivals. The play is a satire of contemporary politics; in it, the Athenian people are personified as a cranky, half-deaf old man named Demos, who is caught in the thrall of a greedy and manipulative politician. Toward the end of the play, Demos undergoes a complete off-stage transformation and re-emerges rejuvenated, as glorious as he had been in the days of Miltiades and Aristides – two generals of the Persian Wars. A chorus declares his deeds ‘worthy of the city and its monument at Marathon’.

Aristophanes’ comedy marked a flight of fancy, but it was also in some ways representative of a ‘comedy of nostalgia’ that was popular at Athenian theatre festivals – the city’s most important occasions for communal gathering and reflection – during the era of the Peloponnesian War.

A decade or so after The Knights, another playwright, named Eupolis, staged his own nostalgia-tinged comedy called The Demes. That play survives only in fragments, but in it four great Athenian leaders of the past – Miltiades and Aristides again, along with Solon and Pericles – were resurrected and brought back to Athens (some politicians today would be only too happy to see the same kind of miracle for the Second World War generals Douglas MacArthur and George Patton).

Not long before the Peloponnesian War ended, Aristophanes used a similar premise for another new comedy of his own. In his wildly popular play The Frogs, Dionysus, god of theatre, descends into the underworld in the hopes of retrieving a dead tragedian who will serve as counsellor to the war-weary city. Athenians were already longing to make their city great again while Socrates and Sophocles still lived.

The evidence for nostalgia only intensifies in the 4th century BCE, when Athens found itself in a drastically weakened political position. Orators and politicians called on their fellow citizens to make Athens great again by rebuilding the old maritime empire. Not long after those attempts failed, a new empire gained ground in the Mediterranean. As Macedonian imperial ambition came to threaten Athenian sovereignty, Athenians became even more focused on trumpeting the glories of their past.

But those glories also weighed on the city’s living. The tragedian Astydamas complained how impossible it was to compete with the great tragedians of old. The orator Demosthenes insisted that it was unfair for him to be compared with legendary Athenian speech-givers of the past. He charged his fellow Athenians with parading their city’s decadence, claiming that they spent too much money on festivals and not enough on the military – they were, he effectively argued, lazy, corrupt and fiscally reckless when compared to Athenians of old.

Surprisingly enough, then, the idea that Greece ‘just ain’t what it used to be’ originated in classical Athens. Like many other classical Athenian ideas, it has also had remarkable staying power. Now, however, the inimitable ancestors in question are no longer the Athenian Marathonomachai, but rather the ‘ancient Greeks’ as an imagined whole. This is one lesson from classical Athens that often goes overlooked: once a society has proclaimed its own decline, compelling new chapters of greatness become all the more difficult to write.

is associate professor of classics at Brown University in Rhode Island. Her latest book is The Classical Debt: Greek Antiquity in an Era of Austerity (2017).

aeon.co
Politics and government War and peace History of ideas
26 June, 2017
Republish for free
Aeon is not-for-profit
and free for everyone
Make a donation
Get Aeon straight
to your inbox
Join our newsletter

Why did the woman cross the road? Photo by Harry Gruyaert/Magnum

Essay/
Cognition and intelligence
You are the world

Are your decisions made by your brain, or via the experience of the world relative to your body? A dialogue on consciousness