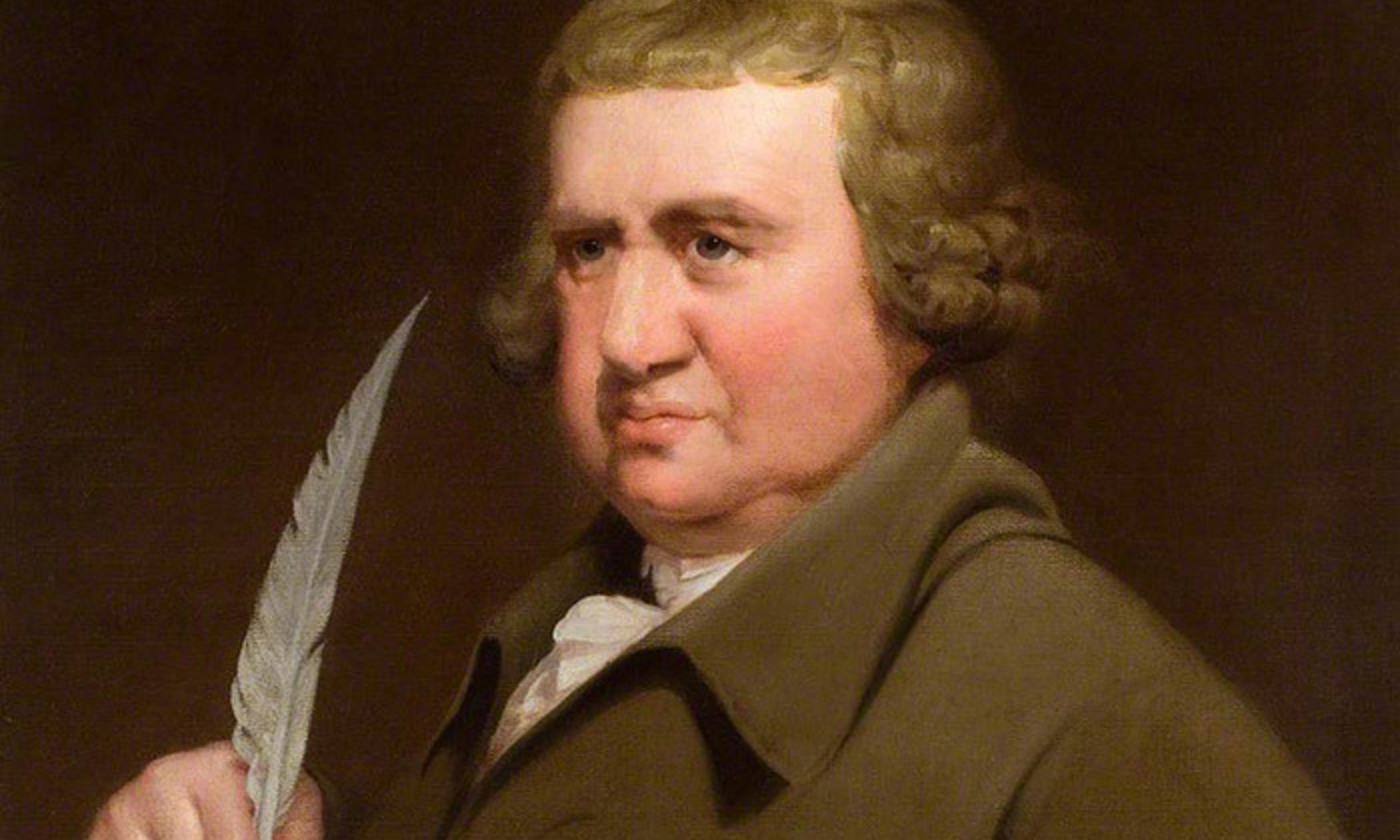 is staff writer at the literary site The Millions and an editor at Berfrois. His latest book is Furnace of This World; or, 36 Observations about Goodness (2019), and he is the author of America and Other Fictions (2018). He lives in Boston.

Though he died before his grandson Charles was even born, Erasmus Darwin anticipated the theory of evolution through natural selection, albeit in poetic form. In his posthumously published The Temple of Nature (1803), he writes of how:

Organic life beneath the shoreless waves
Was born and nurs’d in Ocean’s pearly caves;
First forms minute, unseen by spheric glass,
Move on the mud, or pierce the watery mass;
These, as successive generations bloom,
New powers acquire, and larger limbs assume;
Whence countless groups of vegetation spring,
And breathing realms of fin and feet and wing.

This verse demonstrates the prescience of the imaginative arts, how poetic dreams can foreshadow empirical reality. Fair to admit that Erasmus’s contributions lacked the specificity of his grandson, and that evolutionary thinking goes back to antiquity, but this was a novel way to anticipate natural selection. Poetry has unrealised potential, not just in celebrating and describing nature, but also as an integral way of thinking about nature.

In The Genius of Erasmus Darwin (2005), C U M Smith and Robert Arnott describe the physician, naturalist and poet as ‘the English Leonardo’. Yet this Darwin often merits simply a footnote in his grandson’s biography. In The Poetry of Erasmus Darwin: Enlightened Spaces, Romantic Times (2013), Martin Priestman quips that ‘few writers can be so burdened with a surname which so clearly belongs to someone else’. While the younger Darwin provided the scientific mechanism for evolution – and a cursory reading of On the Origin of Species (1859) demonstrates that he was an adept stylist – his grandfather did accomplish something exemplary. Charles enumerated the details of evolution, but Erasmus anticipated its broad outlines; the younger Darwin wrote in prose, and the elder imagined in poetry, arguably the most significant scribbler of scientific verse in English, a sadly neglected genre.

Erasmus Darwin’s reputation rested on his biological text Zoonomia (1794-96), his radical politics, which encompassed abolitionism and women’s suffrage, and his poetry in The Botanic Garden (1791), where he popularised Carl Linnaeus’s system of biological classification, doing for him what Alexander Pope did for Isaac Newton. But The Temple of Nature, an epic about the history of the Universe, was his masterpiece. Desmond King-Hele, whose biography Erasmus Darwin: A Life of Unequalled Achievement (1999) remains the standard, claims that his was the ‘greatest imaginative construct in the history of the world, because he was the first person to arrive at and fully express and expound a nearly correct view of the development of life on Earth’.

The Temple of Nature is prophetic, depicting a Big Bang billions of years ago, and organic life arising from a primordial soup, pushed forward through a process that is regulated by ‘war, and pestilence, disease, and dearth’ that ‘Sweep the superfluous myriads from the earth.’ Both of Darwin’s long poems were written with the aim ‘to enlist imagination under the banner of science’, making him ‘one of the only poets to take science as his subject matter’, as Smith and Arnott explain. It is an error, however, to read Darwin’s poetry as simply an exercise in the doggerel of popularisation. The scholar Stuart Harris notes that Darwin plumbed the ‘common ground between poetry and science’. In epics such as The Temple of Nature, it’s more accurate to say with Smith and Arnott that empiricism and verse approach the ‘condition of unit: and through it the poetry is expressive of genuine contemporary science’. As with the 17th-century philosopher Francis Bacon, Darwin was an indefatigable advocate for the scientific method.

King-Hele emphasises that ‘Darwin was recognised everywhere as the leading English poet of the day’, a figure who nearly became poet laureate. Not until the 20th century did historians recognise how significant Darwin was during his own period. Samuel Taylor Coleridge, who despised Darwin’s poetry, still referred to him as the ‘first literary character in Europe, and the most original-minded Man’, while for the gothic novelist Horace Walpole the verse was ‘all, all, the most lovely poetry’.

As the Enlightenment shifted into the Romantic, Darwin’s literary reputation suffered, with his commitment to Augustan classicism reading as archaic. Priestman writes that Darwin has been frequently made to ‘represent the “before” aspect of a kind of “before-and-after” commercial for Romanticism, a dreadful “what might have been” for our literature had it not been saved’. Despite this, the literary scholar Jenny Uglow notes that The Temple of Nature was a ‘glittering treasure trove of images and ideas … plundered by Shelley, Coleridge, [and] Wordsworth’. Even while appropriating his imagery, the last two slurred Darwin for ‘gaudiness and inane phraseology’ in their Lyrical Ballads (1798). The scientific poet might have been an ‘original-minded Man’, but, for Coleridge, ‘I absolutely nauseate Darwin’s poem.’

King-Hele bemoaned that ‘current literary academics … like to bury [Darwin] … as the last of that dying breed, the 18th-century rhyming-couplet poets’. Darwin’s prosody evokes the measured, parsimonious metres and rhyme-schemes of poets half a century earlier, but King-Hele emphasises that to ignore his verse is ‘an untenable view’. Uglow describes how Darwin’s verse arches ‘between two eras’, being the ‘final exuberant flowering of Enlightenment experiment and optimism’, but also a compendium for the nascent Romantic movement. The missing link of 18th-century literary history, the poetic equivalent of an Australopithecus.

Though a classicist in form, Darwin’s content was radical – verse that takes natural transformation at its core. He has precedents, the ancient Roman Lucretius’ On the Nature of Things being the obvious example. Claiming that the ‘first beginnings of things cannot be seen by the eyes’, Lucretius’s Epicurean and materialist views seem modern, with On the Nature of Things promoting empiricism and a physics that was atomist (and an attendant secular ethics). Lucretius writes: ‘Life is one long struggle in the dark,’ which has echoes in Darwin’s ‘Death and Night and Chaos mingle all!’ Sentiments that refer to both knowledge’s inscrutability, and life’s brutality.

Additionally, Ovid’s Metamorphoses has an evolutionary gloss to its mythological subject, where the sentiment that ‘all things are but altered, nothing dies’ reflects a kind of Darwinian, ecological pantheism. Both Ovid and Darwin see immanence in nature, whereby all ecosystems exist in dependence, but that far from implying the supernatural doctrines of resurrection, there is an immortality implicit in materialism, proffered through decomposition. As Darwin writes:

Hence when a monarch or a mushroom dies
…
But, as a few short hours or years revolve
…
Born to new life unnumber’d insects pant,
New buds surround the microscopic plant.

Elsewhere I’ve argued that poets such as John Milton and Walt Whitman could be categorised as ‘scientific’. Yet Darwin’s is really a movement of one. Arguments could be made about scientific imagery from Pope to Emily Dickinson, but Darwin’s verse is singular, for nothing comes close to The Botanic Garden and especially The Temple of Nature in how committed the poet is to exploring empirical science. Darwin mined not nature for metaphor – nature was the thing itself.

There is an irony that the greatest poetic encapsulation of evolution was written before there was an actual theory of natural selection. Literature anticipates and prepares; it can consider unrealised possibilities. Poetic fantasy prefigures scientific prose. If ever there was an era that required the scientific poetic imagination, it is ours. In an age that needs such healing and wisdom about the natural world, we too need poets who shall rise to the challenge, who can sing a song of evolution, of climate change. In some small but hopeful sense, maybe they can cure the world.

is staff writer at the literary site The Millions and an editor at Berfrois. His latest book is Furnace of This World; or, 36 Observations about Goodness (2019), and he is the author of America and Other Fictions (2018). He lives in Boston.

aeon.co
Stories and literature History of science Evolution
29 May 2019
Republish for free
Aeon is not-for-profit
and free for everyone
Make a donation
Get Aeon straight
to your inbox
Join our newsletter
Video/
Physics
A millimetre makes a world of difference when calculating planetary trajectories

Yes, there are just two biological sexes. No, this doesn’t mean every living thing is either one or the other

An American advertisement for Royal Crown Cola from 1955. Photo by Alamy

Essay/
Gender
Angels in the market

The heart-tug tactics of 1950s ads steered white American women away from activism into domesticity. They’re still there