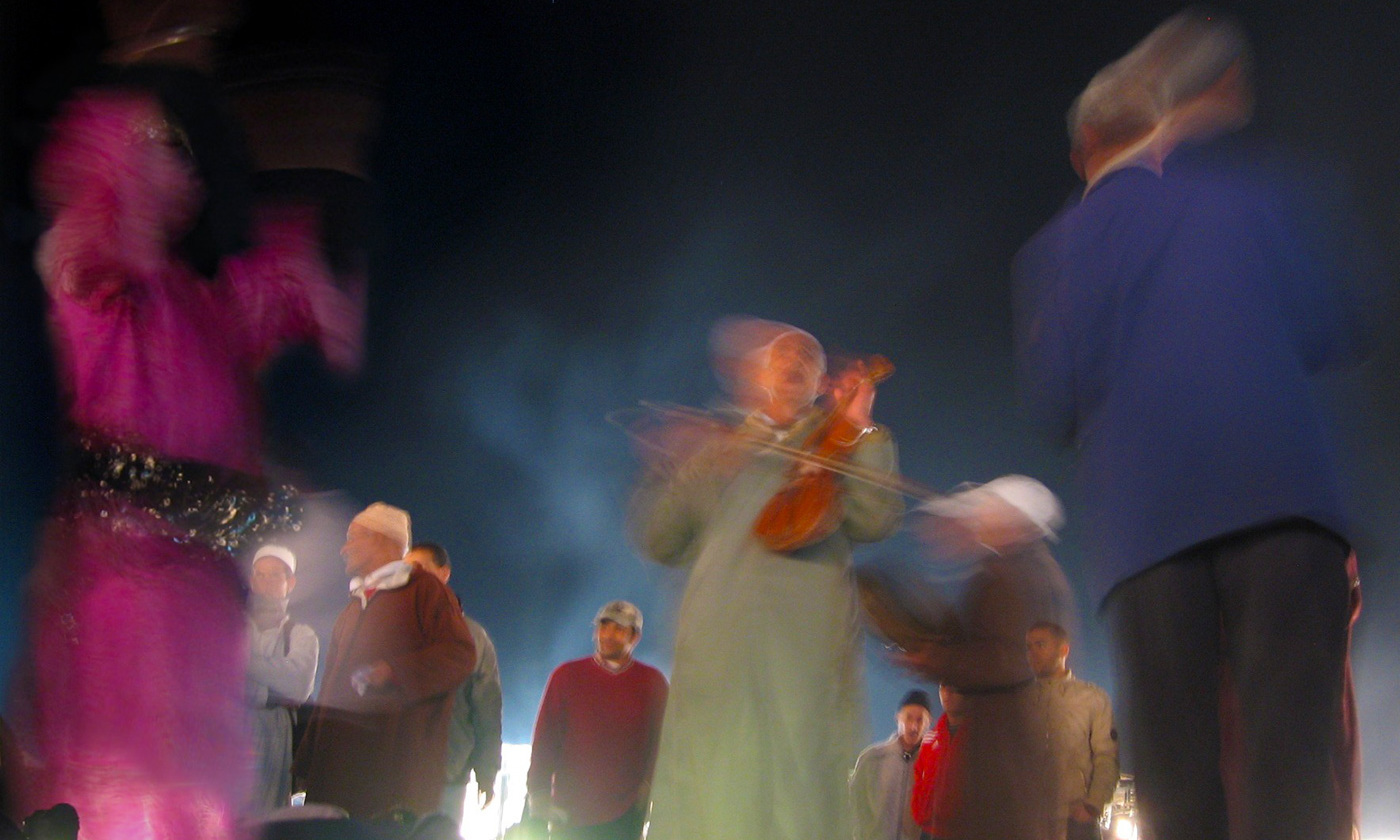 A poet, somewhere in Siberia, or the Balkans, or West Africa, some time in the past 60,000 years, recites thousands of memorised lines in the course of an evening. The lines are packed with fixed epithets and clichés. The bard is not concerned with originality, but with intonation and delivery: he or she is perfectly attuned to the circumstances of the day, and to the mood and expectations of his or her listeners.

If this were happening 6,000-plus years ago, the poet’s words would in no way have been anchored in visible signs, in text. For the vast majority of the time that human beings have been on Earth, words have had no worldly reality other than the sound made when they are spoken.

As the theorist Walter J Ong pointed out in Orality and Literacy: Technologizing the Word (1982), it is difficult, perhaps even impossible, now to imagine how differently language would have been experienced in a culture of ‘primary orality’. There would be nowhere to ‘look up a word’, no authoritative source telling us the shape the word ‘actually’ takes. There would be no way to affirm the word’s existence at all except by speaking it – and this necessary condition of survival is important for understanding the relatively repetitive nature of epic poetry. Say it over and over again, or it will slip away. In the absence of fixed, textual anchors for words, there would be a sharp sense that language is charged with power, almost magic: the idea that words, when spoken, can bring about new states of affairs in the world. They do not so much describe, as invoke.

As a consequence of the development of writing, first in the ancient Near East and soon after in Greece, old habits of thought began to die out, and certain other, previously latent, mental faculties began to express themselves. Words were now anchored and, though spellings could change from one generation to another, or one region to another, there were now physical traces that endured, which could be transmitted, consulted and pointed to in settling questions about the use or authority of spoken language.

Writing rapidly turned customs into laws, agreements into contracts, genealogical lore into history. In each case, what had once been fundamentally temporal and singular was transformed into something eternal (as in, ‘outside of time’) and general. Even the simple act of making everyday lists of common objects – an act impossible in a primary oral culture – was already a triumph of abstraction and systematisation. From here it was just one small step to what we now call ‘philosophy’.

Homer’s epic poetry, which originates in the same oral epic traditions as those of the Balkans or of West Africa, was written down, frozen, fixed, and from this it became ‘literature’. There are no arguments in the Iliad: much of what is said arises from metrical exigencies, the need to fill in a line with the right number of syllables, or from epithets whose function is largely mnemonic (and thus unnecessary when transferred into writing). Yet Homer would become an authority for early philosophers nonetheless: revealing truths about humanity not by argument or debate, but by declamation, now frozen into text.

Plato would express extreme concern about the role, if any, that poets should play in society. But he was not talking about poets as we think of them: he had in mind reciters, bards who incite emotions with living performances, invocations and channellings of absent persons and beings.

It is not orality that philosophy rejects, necessarily: Socrates himself rejected writing, identifying instead with a form of oral culture. Plato would also ensure the philosophical canonisation of his own mentor by writing down (how faithfully, we don’t know) what Socrates would have preferred to merely say, and so would have preferred to have lost to the wind. Arguably, it is in virtue of Plato’s recording that we might say, today, that Socrates was a philosopher.

Plato and Aristotle, both, were willing to learn from Homer, once he had been written down. And Socrates, though Plato still felt he had to write him down, was already engaged in a sort of activity very different from poetic recitation. This was dialectic: the structured, working-through of a question towards an end that has not been predetermined – even if this practice emerged indirectly from forms of reasoning only actualised with the advent of writing.

The freezing in text of dialectical reasoning, with a heavy admixture (however impure or problematic) of poetry, aphorism and myth, became the model for what, in the European tradition, was thought of as ‘philosophy’ for the next few millennia.

Why are these historical reflections important today? Because what is at stake is nothing less than our understanding of the scope and nature of philosophical enquiry.

Within academic philosophy today, there is significant concern arising from how to make philosophy more ‘inclusive’, but no interest at all in questioning Vico’s order, in going back and recuperating what forms of thought might have been left behind in the woods and fields.

The groups ordinarily targeted by philosophy’s ‘inclusivity drive’ already dwell in the cities and share in literacy, even if discriminatory measures often block their full cultivation of it. No arguments are being made for the inclusion of people belonging to cultures that value other forms of knowledge: there are no efforts to recruit philosophers from among Inuit hunters or Hmong peasants.

The practical obstacles to such recruitment from a true cross-section of humanity are obvious. Were it to happen, the simple process of moving from traditional ways of life into academic institutions would at the same time dilute and transform the perspectives that are deserving of more attention. Irrespective of such unhappy outcomes, there is already substantial scholarship on these forms of thought accumulated in philosophy’s neighbouring disciplines – notably history, anthropology, and world literatures – to which philosophers already have access. It’s a literature that could serve as a corrective to the foundational bias, present since the emergence of philosophy as a distinct activity.

As it happens, there are few members of primary oral cultures left in the world. And yet from a historical perspective the great bulk of human experience resides with them. There are, moreover, members of literate cultures, and subcultures, whose primary experience of language is oral, based in storytelling, not argumentation, and that is living and charged, not fixed and frozen. Plato saw these people as representing a lower, and more dangerous, use of language than the one worthy of philosophers.

Philosophers still tend to disdain, or at least to conceive as categorically different from their own speciality, the use of language deployed by bards and poets, whether from Siberia or the South Bronx. Again, this disdain leaves out the bulk of human experience. Until it is eradicated, the present talk of the ideal of inclusion will remain mere lip-service.

The Philosopher: A History in Six Types (2016) by Justin E H Smith is published via Princeton University Press.

aeon.co
Stories and literature Philosophy of language Language and linguistics
01 June, 2016
Republish for free
Aeon is not-for-profit
and free for everyone
Make a donation
Get Aeon straight
to your inbox
Join our newsletter
Video/
Wellbeing
When home is two sisters, a houseful of vulnerable men, and a lot of tough love

Woolf loathed it but it spurred her on. Hemingway drew ideas of manliness from it. Self-help haunted the modernist imagination