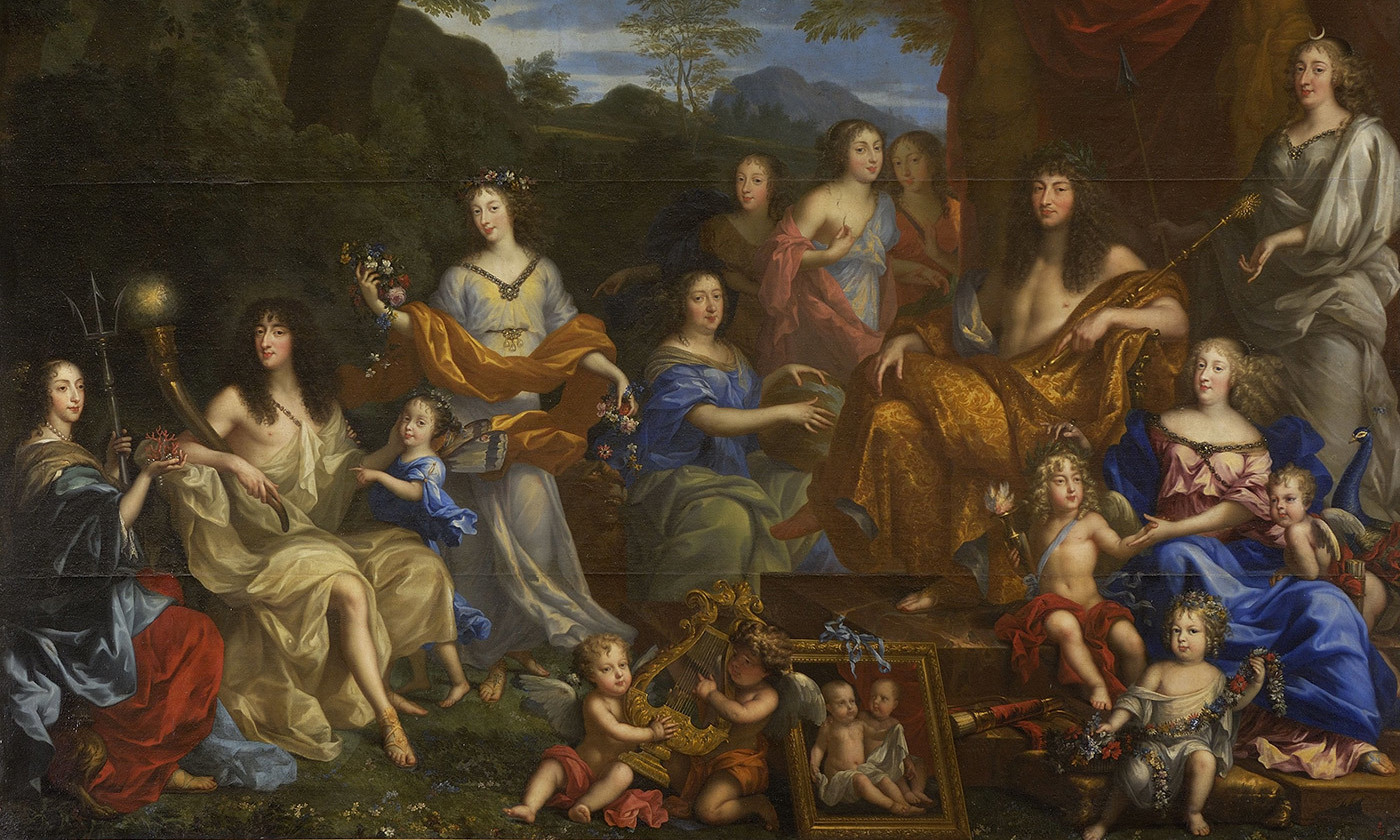 is a writer whose work has appeared in The New York Times and Salon, among others. His latest book is Fables and Futures: Biotechnology, Disability, and the Stories we Tell Ourselves (2019). He lives in Oregon.

Published in association with
The MIT Press
an Aeon Strategic Partner

Most people remember the emperor: a vain ruler, swindled into paying for a nonexistent magical garment, parades in public, only to be embarrassed by a little boy. To me, the story is really about the swindling tailors. Audacious, imaginative, their true product is a persuasive illusion, one keyed to the vulnerabilities of their target audience. In contemporary terms, the story is about marketing; and as such, the tale is tailor-made for an examination of genetic ancestry tests, because these too are sold with expert persuasion, with promises woven from our hopes, our fears, and the golden thread of DNA.

With these new tests, as in Hans Christian Andersen’s 19th-century tale, a gap yawns between the promise and the reality – and now and then, as in the story, someone says so in the public square. For example, when Phil Rogers, a reporter in Chicago, tried out home DNA test kits from competing companies last year, he discovered contradictory results. So did the Canadian reporter Charlsie Agro and her twin sister Carly, who mailed spit samples to 23andMe, FamilyTreeDNA, AncestryDNA, MyHeritage and LivingDNA. As with Rogers, the companies gave different histories – Balkan ancestry, for example, ranged from 14 to 61 per cent – but 23andMe actually reported different scores for each twin. (According to the company, Charlsie has French and German ancestors, while Carly does not.)

The tests are sold with variations on a single pitch: find your story. The companies don’t mention that the story might shade into fiction, or that stories can conflict. The evolutionary geneticist Mark Thomas at University College London has dismissed ancestry testing as ‘genetic astrology’, but it could be as useful to think of it as genetic gossip: a rumoured past that, like most rumours, is at least partly true. It begins with a test-tube of spit and ends with fractional estimates: a story, whispered by an algorithm, in the language of information.

It is not that ancestry tests tell us nothing: unlike the emperor’s new clothes, gene variants are real, and genetic tests can discover them. It is rather that their inherent uncertainties are obscured by expert marketing. The websites show pie charts, percentages and images of scientific equipment, implying a precision the tests do not provide. Human groups are porous, population samples vary in size and quality, current-day populations stand as proxies for past ones, only a small percentage of each person’s genome is tested, and each proprietary algorithm differs from the next. So the estimates necessarily vary.

To be sure, many clearly find value and meaning in the tests. The sociologist Alondra Nelson at Columbia University in New York has written brilliantly about the complicated ‘social life of DNA’, the way that many African Americans, combining molecular data with genealogical research, have forged new self-understandings against the brutal erasures of chattel slavery and the Middle Passage. For others, no doubt, the interest in roots is driven more by curiosity than tragic dislocation; but whatever the reasons, the tests remain extraordinarily popular.

So the companies’ websites deserve a closer look. Though the sites associated with 23andMe et al, as at April 2019, are superficially different, they are cut from the same conceptual cloth: a fine weave of images, numbers and catchphrases, a tapestry of technology and fulfilment. The uncluttered design of each site belies the dizzying accumulation of images and messages, as you scroll down. Photographs of sequencers and gene chips. Line drawings of test tubes. A full set of brightly coloured, iconic chromosomes: the human genome laid out in pairs like socks. Buttons and codes for seasonal discounts: like a front-of-supermarket display, the home pages rotate with the calendar. Balloon hearts in February (‘Get to the heart of what makes your Valentine unique’), leprechaun hats in March (‘Enjoy the luck o’ the Irish. Discover your roots’). Testimonials with words such as journey and discovery. The mysteries of life, identity and family history, distilled into friendly slogans such as ‘Welcome to you.’ All are anchored by images of customers, who are contented, photogenic, diverse. In narrative terms, they represent closure you can buy: the happy end to a story, a new genetic family discovered, a long-lost relative contacted, a new and appealing ethnic past. (Or perhaps, if you’re a white supremacist, an inconvenient past to ignore.)

In the fable, the swindlers are storytellers: with the barest of props, they weave imaginary cloth on real looms, targeting the emperor’s hopes and wishes, describing the cloth, promising its benefits. But their improvised play depends on audience participation, and Andersen’s genius lies in the plot’s escalation, in which the emperor, his courtiers and eventually the townspeople become characters in a play scripted by the swindlers, performing the lie they do not believe. When the boy points out that the clothes don’t exist, he at once breaks the fourth wall and restores it. Shattering the illusion, he frees the audience, giving them the ability to speak up. The boy is not a storyteller: he is a critic. But he is also a proto-scientist, his criticism grounded in empirical observation.

What makes the story’s characters vulnerable to the swindlers’ promises? In a word, status. Most will remember the emperor’s vanity, his love of clothes. But these clothes are sold with a specific claim: that they are invisible only to ‘simpletons’ and ‘those unfit for their jobs’. So the clothes appeal to the emperor as a means of consolidating his power, expressed as a wish for productive citizens: ‘If I had such a suit, I might at once find out what men in my kingdom are unfit for their job. I would be able to tell the wise men from the foolish! This stuff must be woven for me immediately.’ His imaginary clothes are functional, at once an aptitude test and an intelligence test. They are sold as instruments of power and control, as a way of sorting the fit citizens from the unfit.

Chasing his dreams of status and power, the emperor misses the swindle: the ‘weavers’ make off with tangible wealth, while the emperor receives nothing. The entire performance is a masterful misdirection, a distraction from the truth of the exchange. In the same way, the promises of discovering identity and the genealogical past are a misdirection: the real exchange takes place offstage, with drug companies and others paying for access to the data that customers actually pay to give. Once it’s given, customers are vulnerable to future data breaches (and you can’t, at this date at least, change your genome), and they aren’t guaranteed compensation for any profits the data might lead to.

Which returns us to the central pitch of finding your story: that frame obscures the largescale economies of data, and instead highlights individual agency, linking data to self-discovery, implying power and control. Perhaps this is why devices – smartphones, tablets – are ubiquitous in the website imagery. A young, freckled, ginger-haired woman beams, holding up an iPhone, which displays a map of Ireland overlaid with boundary lines of, presumably, genetic populations: in the information age, it’s important to keep reinforcing the message that the devices in our hands are Vehicles of Fun and Discovery and not Portable Hand Vampires of the Surveillance Economy. To paraphrase the business scholar Shoshana Zuboff in her book The Age of Surveillance Capitalism (2019), the genomic data in question might be about us, might on some level be us. But it is not for us. In the shadow economy where our data is traded, we are each as exposed as any emperor.

Fables and Futures: Biotechnology, Disability, and the Stories we Tell Ourselves by George Estreich is published via the MIT Press.

is a writer whose work has appeared in The New York Times and Salon, among others. His latest book is Fables and Futures: Biotechnology, Disability, and the Stories we Tell Ourselves (2019). He lives in Oregon.

aeon.co
Genetics Stories and literature Biotechnology
13 May 2019
Republish for free
Aeon is not-for-profit
and free for everyone
Make a donation
Get Aeon straight
to your inbox
Join our newsletter