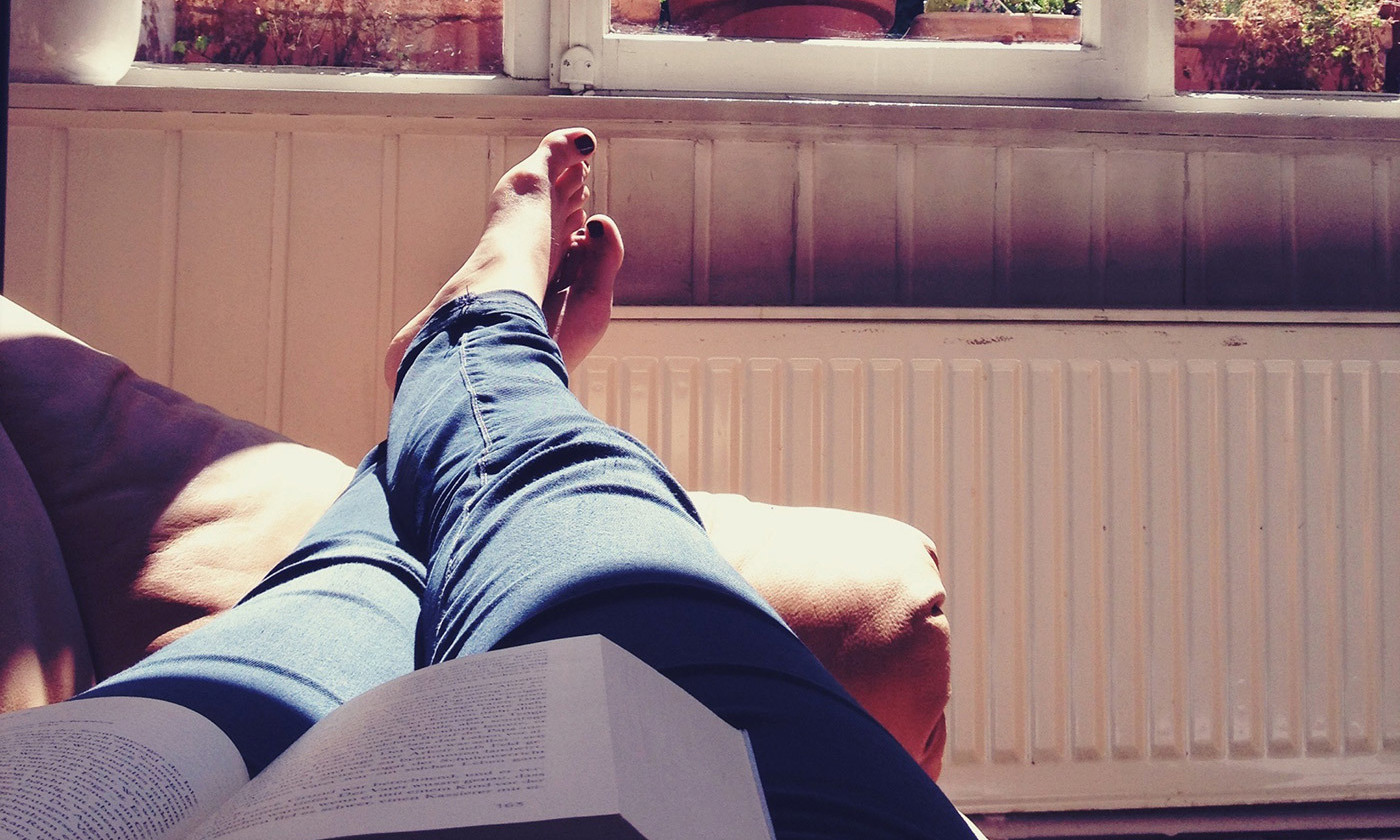 is a freelance reporter who writes about the intersection of economics, politics and everyday life. Her work has appeared in The Guardian and The Boston Globe, among others. She lives in New Hampshire.

I woke up on a recent Tuesday morning and, while my husband got ready for work, I fixed some not-quite-healthy breakfast for the kids, harangued them until they brushed their teeth and put on shoes and socks, and drove them to school. Then I took the car to the mechanic for a minor repair and walked back to the house. Before starting my day of work, I made some calls to medical providers about our new health insurance. Later, when the kids got home, I fixed snacks for them and some friends who wandered over, loaded the dishwasher, and did some laundry.

This is not an essay about how women are expected to do the work of managing a home on top of our paid jobs, nor a paean to ‘lean-in’ efficiency that explains how I wake up at 4am, answer emails while the kids are still in bed, and use productivity tricks to get things done at double-speed. Because here’s my secret – one that feels about as dirty and uncomfortable to reveal as anything I could tell you about my sex life – I don’t work that much. I’m a freelance writer, which means I can more or less choose how much I work. And my usual choice is something like 30 hours a week.

Many people look upon part-timers as unfortunate exiles from the economic mainstream, or else as pathetic slackers. In thrall to startup culture, our collective psyche makes ceaseless hustle and 80-hour working weeks seem like the only way that career-minded individuals might advance. So who would admit to having so little ambition as to actually prefer working a 30-hour week?

As it turns out, a lot of people. A survey from the Pew Research Center in 2016 found that, among US workers employed part-time, 64 per cent prefer it that way. Meanwhile, 20 per cent of full-time workers – that’s almost 26 million Americans – would rather work part-time. If you don’t believe the survey data, just look at those ubiquitous ads for multilevel marketing schemes and absurdly underpaid work-from-home gigs to get a sense of how desperate people are for part-time employment that fits around the rest of our lives.

The reason a lot of people work full-time – though they’d rather not – is obvious: part-time jobs as they exist today are often pretty crappy, low-paid, and with no health benefits, irregular schedules and few opportunities for advancement. White-collar workers who officially have part-time schedules often work full-time hours while still getting paid less, and they’re taken less seriously than their coworkers. Yet it’s rare to see public calls for more and better part-time jobs. The fact that there are few news features, think-tank reports or cable TV rants on the topic says a lot about whose ideas get taken seriously, punditry itself being a round-the-clock obsession. Those of us who don’t work that much, or would rather not work as much as we do, are unlikely to number among the weirdly ambitious outliers extolling the modern work ethic in the Sunday press.

As it happens, the economic case for more part-time work is pretty water-tight. Recent studies in Sweden and New Zealand have found that working fewer hours improves employee productivity. And in a six-hour workday experiment in Melbourne last year, workers wasted less time on long meetings and focused more on the tasks at hand. They also spent less work time on personal tasks since they had more non-work hours to get those done.

Personally, I do think working fewer hours makes me more productive. But that’s not why I do it. The real reason is that I have other things I’d rather do. An hour that I don’t spend working (and I work hard, believe me, and like what I do), is an hour sitting on the couch with my kids, reading a science-fiction novel and pausing intermittently to chat about their video games or YouTube favourites. It’s an hour cooking a meal, going for a walk or doing volunteer work. It’s when I can act as one node in the lively neighbourhood web of parents, grandparents and afterschool programmes for kids, organising hangouts and snacks. It’s also when I pay bills, run errands, execute minor home repairs, and hire others to tackle major ones – so neither I nor my husband have to do that stuff on weekends.

I know people who do way more unpaid work than I do while still holding full-time jobs. They seem very happy with their busy lives, and it’s hard for me not to envy them a little. Me, I’m a slightly depression-prone person who does poorly with chronic stress and needs plenty of sleep. Lots of other people simply can’t work full-time because of disability, illness or complicated family needs. But that’s no reason why interesting work and career-advancement should elude them.

I know I’m lucky. Unlike most workers, I can more or less set my own freelance hours. I have a spouse who makes a solid income teaching middle school, and does his share of cooking and kid-wrangling. (He also takes over a lot of household responsibilities during summer break, a time when many other teachers pick up a second job to make more money.) For those of us who have these kinds of advantages, there’s something to be said for using them to buy extra leisure rather than higher incomes and more possessions. For those who don’t, there’s reason to see shorter working hours as a political goal to fight for.

I try not to worry that my work schedule means I’m incurably lazy. I do, however, worry about its implications for gender equality. Like most straight couples, I do less paid work and more unpaid housework than my husband. That Pew survey found that women are more likely than men to prefer working part-time hours. But this dynamic leaves women more vulnerable to control and abuse, and more likely to end up in poverty after a divorce. At a societal level, it reinforces the idea that women are more suited to caring labour at home and less to employment, which means that women who’d rather work long hours often feel pressured to slow down their careers to care for others. That’s a huge loss for society.

When the gender balance in power-player jobs from the entertainment industry to the White House improves, women’s interests are advanced. But one solution that won’t improve gender equality in the workplace is to convince women like me who’d rather work fewer hours that we’ve got our priorities wrong. Instead, we need to make it easier for people of any gender to live with their centre of gravity being outside the office – and get part-time workers fully included in powerful institutions. At a political level, that means campaigns for higher wages, regulations to stabilise part-time schedules, and childcare allowances and other support for primary caregivers. It also means changing workplace cultures: demanding more part-time career-track jobs and more respect for those who do them. And if we want to make social change at the level of individual workers’ attitudes, let’s start with the men whose cultural conditioning has somehow convinced them that the best use of their time is paid.

is a freelance reporter who writes about the intersection of economics, politics and everyday life. Her work has appeared in The Guardian and The Boston Globe, among others. She lives in New Hampshire.

aeon.co
Work Gender Economics
5 June 2019
Republish for free
Aeon is not-for-profit
and free for everyone
Make a donation
Get Aeon straight
to your inbox
Join our newsletter
Video/
Love and friendship
After 30 years of solitude, Peter forms an unlikely friendship with a fellow loner

The cleaner wrasse (pictured here accompanying the larger black-and-white snapper) can seemingly recognise itself in a mirror. Photo by Ullstein Bild/Getty

Essay/
Biology
The face of the fish

They’re not cuddly, they don’t behave at all like us – yet they are sentient. Why fish belong in the moral community