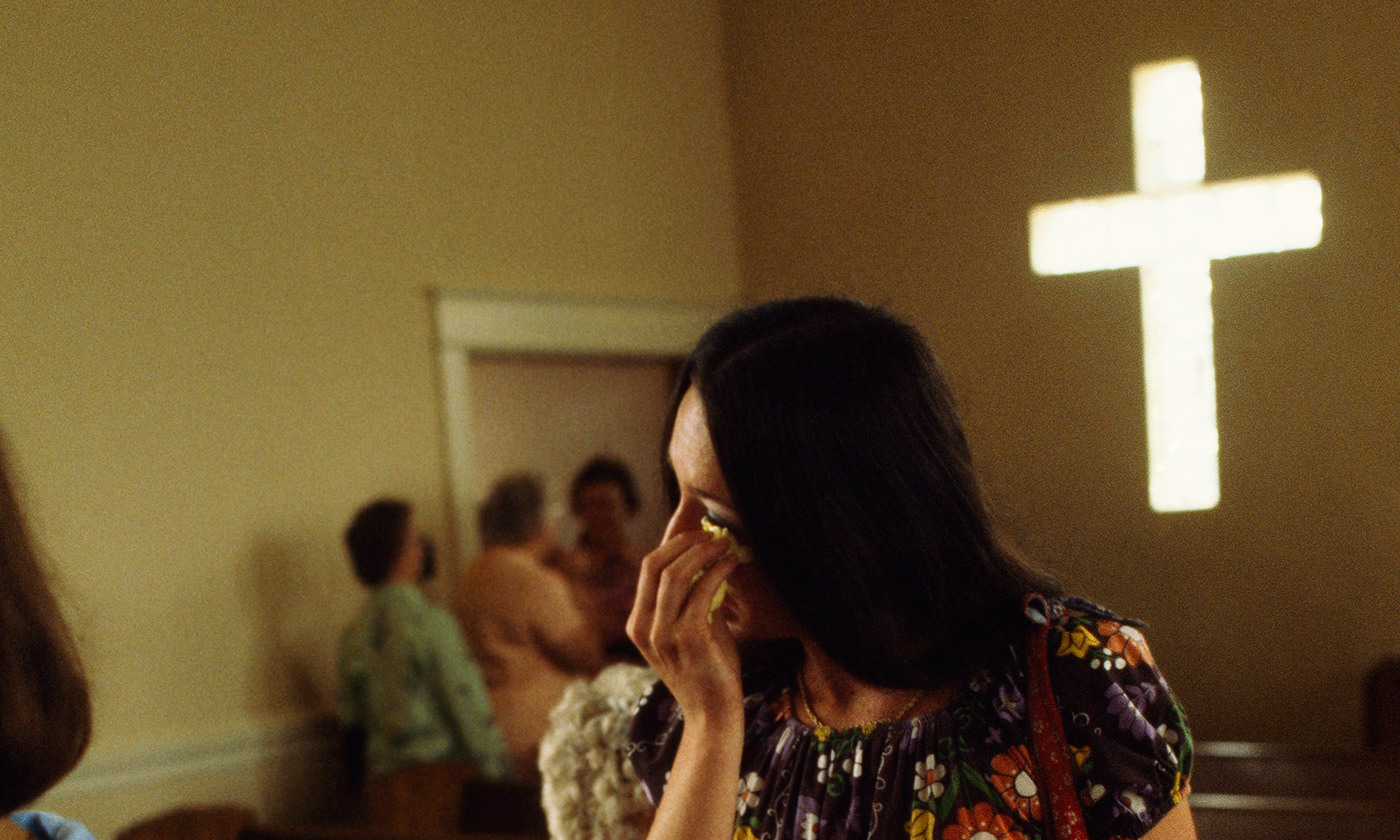 is professor of philosophy at Columbia College Chicago. He is the author of many books, including The Evolution of Imagination (2017), Why We Need Religion (2018) and his latest, The Emotional Mind: Affective Roots of Culture and Cognition (2019), co-authored with Rami Gabriel.

Religion does not help us to explain nature. It did what it could in pre-scientific times, but that job was properly unseated by science. Most religious laypeople and even clergy agree: Pope John Paul II declared in 1996 that evolution is a fact and Catholics should get over it. No doubt some extreme anti-scientific thinking lives on in such places as Ken Ham’s Creation Museum in Kentucky, but it has become a fringe position. Most mainstream religious people accept a version of Galileo’s division of labour: ‘The intention of the Holy Ghost is to teach us how one goes to heaven, not how heaven goes.’

Maybe, then, the heart of religion is not its ability to explain nature, but its moral power? Sigmund Freud, who referred to himself as a ‘godless Jew’, saw religion as delusional, but helpfully so. He argued that we humans are naturally awful creatures – aggressive, narcissistic wolves. Left to our own devices, we would rape, pillage and burn our way through life. Thankfully, we have the civilising influence of religion to steer us toward charity, compassion and cooperation by a system of carrots and sticks, otherwise known as heaven and hell.

The French sociologist Émile Durkheim, on the other hand, argued in The Elementary Forms of the Religious Life (1912) that the heart of religion was not its belief system or even its moral code, but its ability to generate collective effervescence: intense, shared experiences that unify individuals into cooperative social groups. Religion, Durkheim argued, is a kind of social glue, a view confirmed by recent interdisciplinary research.

While Freud and Durkheim were right about the important functions of religion, its true value lies in its therapeutic power, particularly its power to manage our emotions. How we feel is as important to our survival as how we think. Our species comes equipped with adaptive emotions, such as fear, rage, lust and so on: religion was (and is) the cultural system that dials these feelings and behaviours up or down. We see this clearly if we look at mainstream religion, rather than the deleterious forms of extremism. Mainstream religion reduces anxiety, stress and depression. It provides existential meaning and hope. It focuses aggression and fear against enemies. It domesticates lust, and it strengthens filial connections. Through story, it trains feelings of empathy and compassion for others. And it provides consolation for suffering.

Emotional therapy is the animating heart of religion. Social bonding happens not only when we agree to worship the same totems, but when we feel affection for each other. An affective community of mutual care emerges when groups share rituals, liturgy, song, dance, eating, grieving, comforting, tales of saints and heroes, hardships such as fasting and sacrifice. Theological beliefs are bloodless abstractions by comparison.

Emotional management is important because life is hard. The Buddha said: ‘All life is suffering’ and most of us past a certain age can only agree. Religion evolved to handle what I call the ‘vulnerability problem’. When we’re sick, we go to the doctor, not the priest. But when our child dies, or we lose our home in a fire, or we’re diagnosed with Stage-4 cancer, then religion is helpful because it provides some relief and some strength. It also gives us something to do, when there’s nothing we can do.

Consider how religion helps people after a death. Social mammals who have suffered separation distress are restored to health by touch, collective meals and grooming. Human grieving customs involve these same soothing prosocial mechanisms. We comfort-touch and embrace a person who has lost a loved one. Our bodies give ancient comfort directly to the grieving body. We provide the bereaved with food and drink, and we break bread with them (think of the Jewish tradition of shiva, or the visitation tradition of wakes in many cultures). We share stories about the loved one, and help the bereaved reframe their pain in larger optimistic narratives. Even music, in the form of consoling melodies and collective singing, helps to express shared sorrow and also transforms it from an unbearable and lonely experience to a bearable communal one. Social involvement from the community after a death can act as an antidepressant, boosting adaptive emotional changes in the bereaved.

Religion also helps to manage sorrow with something I’ll call ‘existential shaping’ or more precisely ‘existential debt’. It is common for Westerners to think of themselves as individuals first and as members of a community second, but our ideology of the lone protagonist fulfilling an individual destiny is more fiction than fact. Losing someone reminds us of our dependence on others and our deep vulnerability, and at such moments religion turns us toward the web of relations rather than away from it. Long after your parents have died, for example, religion helps you memorialise them and acknowledge your existential debt to them. Formalising the memory of the dead person, through funerary rites, or tomb-sweeping (Qingming) festivals in Asia, or the Day of the Dead in Mexico, or annual honorary masses in Catholicism, is important because it keeps reminding us, even through the sorrow, of the meaningful influence of these deceased loved ones. This is not a self-deception about the unreality of death, but an artful way of learning to live with it. The grief becomes transformed in the sincere acknowledgment of the value of the loved one, and religious rituals help people to set aside time and mental space for that acknowledgment.

An emotion such as grief has many ingredients. The physiological arousal of grief is accompanied by cognitive evaluations: ‘I will never see my friend again’; ‘I could have done something to prevent this’; ‘She was the love of my life’; and so on. Religions try to give the bereaved an alternative appraisal that reframes their tragedy as something more than just misery. Emotional appraisals are proactive, according to the psychologists Phoebe Ellsworth at the University of Michigan and Klaus Scherer at the University of Geneva, going beyond the immediate disaster to envision the possible solutions or responses. This is called ‘secondary appraisal’. After the primary appraisal (‘This is very sad’), the secondary appraisal assesses our ability to deal with the situation: ‘This is too much for me’ – or, positively: ‘I will survive this.’ Part of our ability to cope with suffering is our sense of power or agency: more power generally means better coping ability. If I acknowledge my own limitations when faced with unavoidable loss, but I feel that a powerful ally, God, is part of my agency or power, then I can be more resilient.

Because religious actions are often accompanied by magical thinking or supernatural beliefs, Christopher Hitchens argued in God Is not Great (2007) that religion is ‘false consolation’. Many critics of religion echo his condemnation. But there is no such thing as false consolation. Hitchens and fellow critics are making a category mistake, like saying: ‘The colour green is sleepy.’ Consolation or comfort is a feeling, and it can be weak or strong, but it can’t be false or true. You can be false in your judgment of why you’re feeling better, but feeling better is neither true nor false. True and false applies only if we’re evaluating whether our propositions correspond with reality. And no doubt many factual claims of religion are false in that way – the world was not created in six days.

Religion is real consolation in the same way that music is real consolation. No one thinks that the pleasure of Mozart’s opera The Magic Flute is ‘false pleasure’ because singing flutes don’t really exist. It doesn’t need to correspond to reality. It’s true that some religious devotees, unlike music devotees, pin their consolation to additional metaphysical claims, but why should we trust them to know how religion works? Such believers do not recognise that their unthinking religious rituals and social activities are the true sources of their therapeutic healing. Meanwhile, Hitchens and other critics confuse the factual disappointments of religion with the value of religion generally, and thereby miss the heart of it.

‘Why We Need Religion: An Agnostic Celebration of Spiritual Emotions’ by Stephen Asma © 2018 is published by Oxford University Press.

is professor of philosophy at Columbia College Chicago. He is the author of many books, including The Evolution of Imagination (2017), Why We Need Religion (2018) and his latest, The Emotional Mind: Affective Roots of Culture and Cognition (2019), co-authored with Rami Gabriel.

aeon.co
Philosophy of religion Religion Ethics
25 September, 2018
Republish for free
Aeon is not-for-profit
and free for everyone
Make a donation
Get Aeon straight
to your inbox
Join our newsletter
Video/
Mathematics
What is it to be Bayesian? The (pretty simple) math modelling behind a Big Data buzzword

Video/
Human rights and justice
‘They told us to stay put’: the South Korean ferry disaster that sank lives and trust