What was the beguiling spell of Jung’s ‘collective unconscious’? 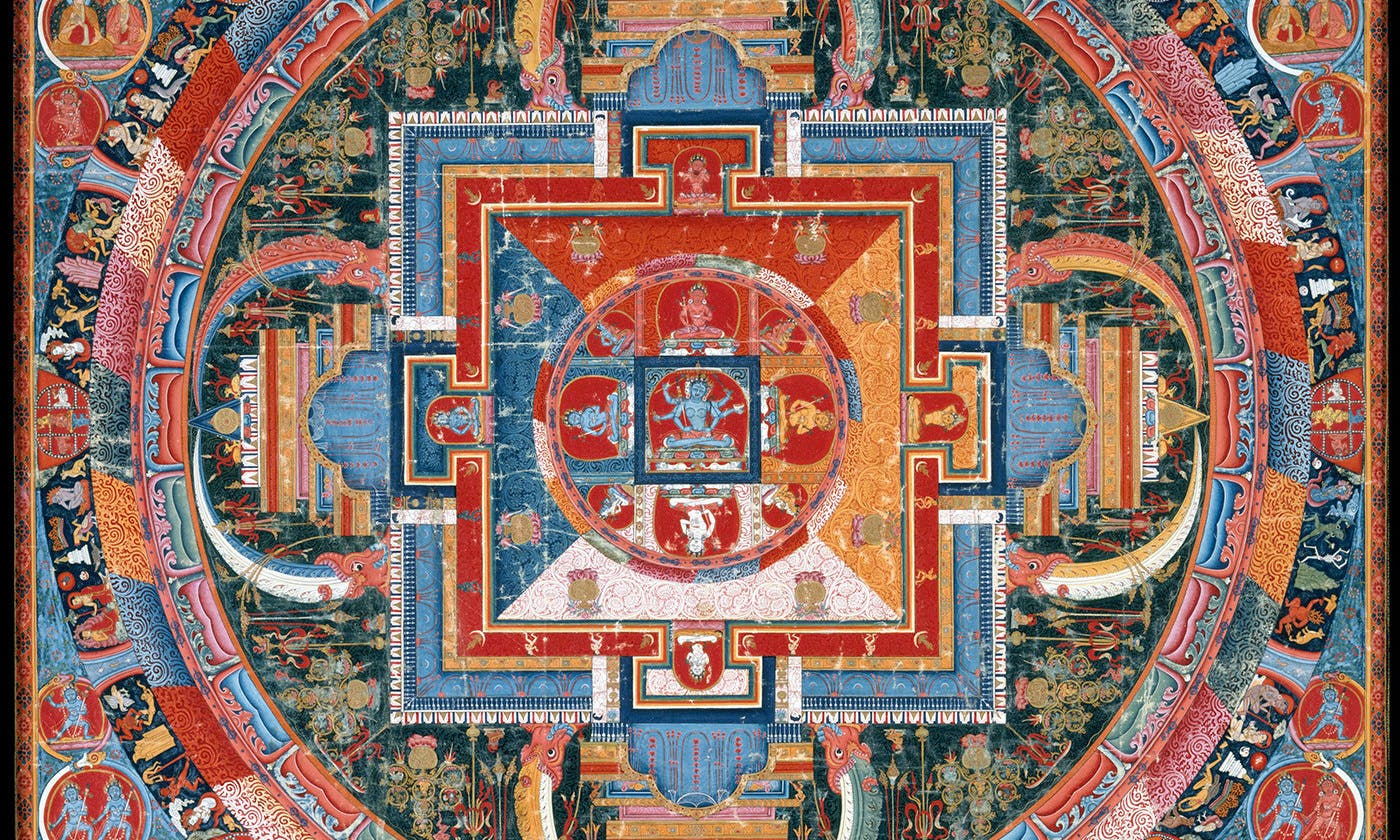 is an honorary research fellow in the department of sociology at the University of York. He is the author of Fugitive Minds (2003) and Servants of the Supernatural (2008).

The first decades of the 20th century saw a raft of psychological terms fall into popular usage. Freudian notions of ‘denial’ and ‘displacement’, ‘projection’ and ‘transference’, were the first to become part of everyday language; thanks to Alfred Adler, feelings of ‘inferiority’ and ‘superiority’ (and the forms of compensation that accompanied the former) were soon common parlance; and courtesy of Carl Jung’s Psychological Types (1921), more than a few educated men and women in public began to identify themselves as ‘extraverts’ or ‘introverts’, while examining the ‘complexes’ that inhibited them.

Another aspect of Jungian theory, barely touched upon in Psychological Types, was destined to cast a longer and more beguiling spell on popular psychology. ‘The collective unconscious,’ wrote Jung in his essay ‘The Structure of the Psyche’ (1927), ‘appears to consist of mythological motifs or primordial images … In fact, the whole of mythology could be taken as a sort of projection of the collective unconscious.’ The archetypes that Jung initially had in mind were essentially sub-personalities of the ego – the persona (a people-pleasing mask) was juxtaposed against the shadow (the negative qualities hidden by the persona); the anima was the male sexual essence, versus animus, for females. Over the course of four decades, this therapeutic symbolism would expand to include mandalas (expressions of the ‘the specific centre of the personality’) and UFOs (a fantasy that swapped heaven for interstellar space). To ignore these powerful archetypal symbols was, in Jung’s mind, ‘to rob the individual of his roots and guiding instincts’, to let her become a mere ‘particle in the mass’.

According to Jung, his ‘discovery’ of a collective unconscious began in 1910, shortly after he had left his post at the Burghölzli Hospital in Zürich and set up private practice in Küsnacht, on the edge of Lake Zürich. The catalyst was a passage from Albrecht Dieterich’s 1910 translation of the Mithras Liturgy, which described the wind as emanating from a pipe or tube hanging from the Sun. The image was uncannily familiar to Jung. A few years earlier, a patient at the Burghölzli Hospital had, Jung recalled, taken him to one side, pointing out how the Sun had a phallus that was responsible for the movements of the wind. Since Dieterich’s account of the solar myth had only just been published, there was, to Jung’s mind, no ready explanation of the corresponding symbolism. The patient’s hallucination had sprung from ‘the impersonal layer in our psyche’, a collective unconscious that, ‘independently of tradition, guarantee[d] in every single individual a similarity and even sameness of experience’.

This was a shaggy-dog story that Jung recycled throughout his life, defending it as late as 1959, for the benefit of the BBC cameras that assembled in the study of his Küsnacht home. In truth, Jung had actually never met the patient in question. To study the ‘impersonal layer in our psyche’ he had, towards the end of 1909, commissioned three psychiatric assistants to read Friedrich Creuzer’s seminal study of the mythology of the mystery cults, Symbolik und Mythologie der alten Volkër (1810-1812), asking them to collect material from Burghölzli patients that seemed in any way consonant with its ancient rites. The solar hallucination that so excited Jung was reported to him only a few months afterwards, which is to say that it was doctored proof of the collective unconscious.

Alongside the story of the legend of the so-called Solar Phallus Man, there was a second version of Jung’s ‘first inkling’ of a realm beyond the ‘egotistical bundle of personal wishes, fears, hopes, and ambitions’ associated with the Freudian unconscious. In Memories, Dreams, Reflections (1961), Jung described a troubling dream in which he entered the cellar of a house and discovered scattered bones, broken pottery and two human skulls. It was this dream from early 1909 that sowed the seeds of his eventual apostasy from the psychoanalytic movement, nudging Jung towards the study of archaeology and mythology.

The catalogue of myths and archetypes that Jung went on to identify as the core of the collective unconscious were drawn from other dreams, from ‘active’ reveries and a host of feverish interpolations of gnostic and alchemical texts – all of which he, somewhat oddly, described as ‘empirical’ in nature. The idea of the collective unconscious itself, however, was not Jung’s own: it belonged to the intellectual ether of late 19th-century Germany, and would have been familiar to many from the work of Adolf Bastian, a widely travelled anthropologist who had, as early as 1868, recognised the universality of certain myths and customs, invoking them as evidence of the ‘psychic unity of mankind’.

The Jungian notion of myths and archetypes as projections of a collective unconscious rebounded through 20th-century psychiatry and literature, philosophy and theology. Underpinning Joseph Campbell’s immensely popular study of comparative mythology, The Hero with a Thousand Faces (1949), Jung’s mythopoetics of the unconscious soon became a staple in the New Age curriculum of mind-expansion, with Aldous Huxley pronouncing the ‘The Far West of the collective unconscious, with its flora of symbols, its tribes of aboriginal archetypes’ as the world-soul that mescaline and LSD had ushered him into. Others concurred. Through meditation, hypnosis, flicker machines and shamanic rites, it was, apparently, possible to become more intimate with one’s anima or animus, to connect with the whirligig of healing symbols or, following the poet Robert Bly’s Iron John (1990), recover a lost masculine identity.

The limitations of the collective unconscious were not lost on American folklorists, many of whom had been quick to call out Jung’s plundering of world mythology, religion and alchemy for its ‘racial mysticism’ and ‘arrogant ethnocentrism’. Yet, inevitably enough, Jungian symbolism would, like psychoanalysis and scientology, also come to minister to Hollywood’s very own storytellers, offering creative tools and exercises for stymied actors, blocked writers and studio executives on their search for the green light and red carpet.

Perhaps not what Jung had in mind when promoting communion with the collective unconscious to bring the spiritually beleaguered into ‘indissoluble communion with the world at large’, but everything one might expect from the Tinseltown remake.