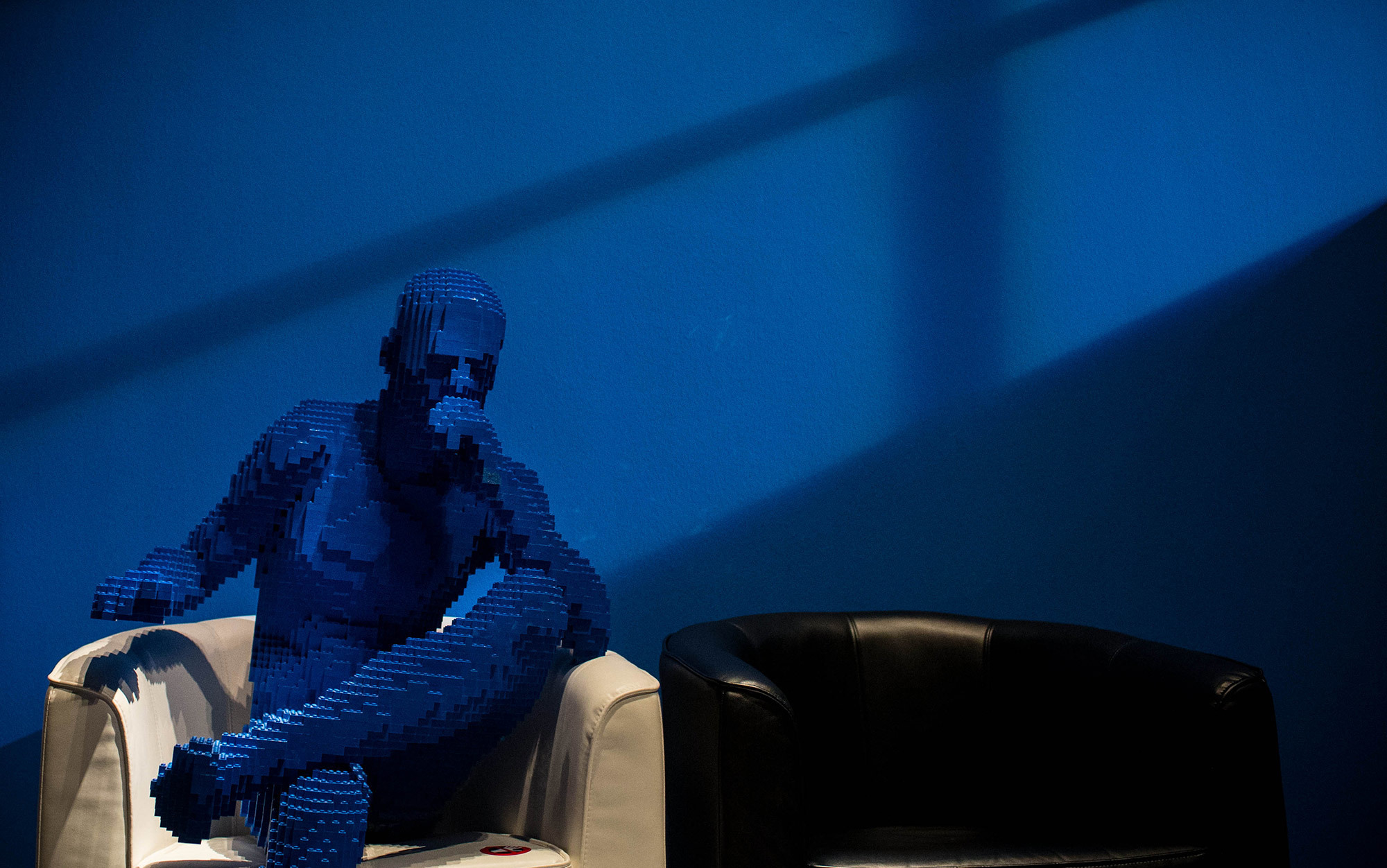 Does everything in the world boil down to basic units – or can emergence explain how distinctive new things arise?

is Commonwealth Professor of Philosophy and co-director of the Human and Machine Intelligence Group and the Center for the Study of Data and Knowledge at the University of Virginia. His latest book is Emergence: A Philosophical Account (2016).

If you construct a Lego model of the University of London’s Senate House – the building that inspired the Ministry of Truth in George Orwell’s novel Nineteen Eighty-Four – the Lego blocks themselves remain unchanged. Take apart the structure, reassemble the blocks in the shape of the Great Pyramid of Giza or the Eiffel Tower, and the shape, weight and colour of the blocks stay the same.

This approach, applied to the world at large, is known as atomism. It holds that everything in nature is made up of tiny, immutable parts. What we perceive as change and flux are just cogs turning in the machine of the Universe – a huge but ultimately comprehensible mechanism that is governed by universal laws and composed of smaller units. Trying to identify these units has been the focus of science and technology for centuries. Lab experiments pick out the constituents of systems and processes; factories assemble goods from parts composed of even smaller parts; and the Standard Model tells us about the fundamental entities of modern physics.

But when phenomena don’t conform to this compositional model, we find them hard to understand. Take something as simple as a smiling baby: it is difficult, perhaps impossible, to explain a baby’s beaming smile by looking at the behaviour of the constituent atoms of the child in question, let alone in terms of its subatomic particles such as gluons, neutrinos and electrons. It would be better to resort to developmental psychology, or even a narrative account (‘The father smiled at the baby, and the baby smiled back’). Perhaps a kind of fundamental transformation has occurred, producing some new feature or object that can’t be reduced to its parts.

The notion of emergence can help us to see what’s going on here. While atomism is all about burrowing down to basic building blocks, emergence looks upward and outward, to ask whether strange new phenomena might pop out when things get sufficiently large or complex. The author Raymond Chandler captured elements of emergence in his novel The Long Goodbye (1953): ‘A man who drinks too much on occasion is still the same man as he was sober. An alcoholic, a real alcoholic, is not the same man at all. You can’t predict anything about him for sure except that he will be someone you never met before.’

Emergence was popular in philosophy of science more than a century ago. Reputable figures such as John Stuart Mill, Henri Bergson and C D Broad suggested that chemistry and biology would struggle to account for the origins of life; perhaps life could only be said to ‘emerge’ from these domains, demanding its own special laws and explanations. Beginning in the 1930s, though, advances in quantum chemistry and the discovery of the structure of DNA and RNA showed the potential of atomistic approaches. Soon enough, a cloud of suspicion formed over emergence and its scientific potential.

Nowadays, the concept is often invoked by quantum mystics, believers in souls, and advocates of the inscrutable nature of consciousness. These are the fuzzy approaches to emergence, and we should avoid them. But emergence shouldn’t be judged on the basis of its dubious friends. Long disdained, emergence can still be a valuable addition to our ways of understanding the world. The trick is to capture what is interesting about emergence without lapsing into an attitude of awed mysticism.

Serious approaches to emergence fall into two main categories. One of these is reasonably easy to defend: it posits that when systems get very complex, it’s impossible to reliably predict their future states. As a result, some phenomena require new, non-reducible concepts and theories to capture and account for them. Because this has to do with how we know the world, let’s call it epistemological emergence (‘epistemology’ is the study of knowledge).

In recent years, epistemological emergence has been associated with complexity theory and non-linear systems, such as the stock market and the weather. To understand the difference between simple and complex systems, imagine you want to know how far a toy boat will travel when you let it loose in a free-flowing river. It is easy to calculate how far the craft will go by using the speed of the current and the time since you set it adrift. The motion of the river is linear, so the location of the boat can be deduced from the interaction of two (or more) variables. But if you let the boat go in the non-linear, turbulent waters that churn around the pillars of a pier, its ultimate location will be much harder to pinpoint, because you cannot break down a whorl or vortex into simpler component variables. The system is complex and must be treated as a whole. Its final state cannot be determined from the initial, underlying conditions, but only modelled statistically – that is, in a higher-order, emergent fashion.

Epistemological emergence doesn’t threaten atomism at the fundamental level; it does not dispute that the world is ultimately made of smaller parts, but simply claims that the way those pieces behave isn’t amenable to perfect prediction. Suppose that a baby laughs and her father smiles. In principle, a strict atomist would say that all of this could be captured at a much finer-grained level of description, if we had measuring devices and computers that were powerful enough. But even the atomist would probably admit that this would be a magnificent folly. By moving to a different level of description – in this case, looking at the events in psychological terms – we can do a better job at explaining our systems of interest.

A much more controversial kind of emergence can be called ontological (a philosophical term of art related to the nature of being). Ontological emergence suggests that certain features and objects are actually part of the world, not just a result of our limited theories and predictive abilities. This tends to upset atomists, because it undermines the view that the world is wholly compositional.

Earlier emergentists separated two fundamental questions about ontological emergence. The first was: what is it about the structure of a system that underpins an emergent property? The answers led to what is called synchronic emergence. Here, the emergent thing exists simultaneously with the things from which it emerges. For example, it might be that the conscious experience of the colour red in a person’s mind occurs at the same time as the firing of neurons from which it emerges. The idea is that consciousness might depend upon certain neural processes, but that consciousness itself has real but nonphysical properties, such as awareness. (In truth, our understanding of consciousness is in its infancy, and we’re not really in a position to assess whether or not it’s ontologically emergent.)

Suppose you hold, as most synchronic emergentists do, that when an event occurs at a level above the most fundamental, there is always a set of events lower down that fixes the simultaneous higher-order event. Recall our laughing baby, an event that lies above the level of fundamental physics. Although the chortling can’t be reduced to physical processes, there are fundamental physical states and structures that fix the biological and psychological states; so whenever exactly similar physical processes and structures are present, a baby laughs. If you also believe that everything that happens in the world goes on at the level of fundamental physics, then it follows that any causation that seems to occur at the higher level is redundant. The baby’s laugh does not cause the father to smile, because her smile is wholly dependent for its existence upon a very complicated set of fundamental objects, processes and structures. Nor does the laugh cause anything physical, because the domain of the physical is causally self-contained. (If you reject this view about the causal primacy of the physical, by the way, you are already an emergentist.)

Note how devastating this objection is to synchronic emergence. It turns all chemical, biological, psychological and other properties that don’t belong to fundamental physics into mere epiphenomena – features of the world that play no causal role in how the world develops. However, by switching to diachronic emergence, we can avoid the exclusion problem. Diachronic emergence asks a different question: what processes over time have led to the emergent feature appearing?

Consider the dynamics of mobs, where the enraged behaviour of a group of otherwise reasonable people seems to be a holistic property of the whole. While mobs are composed of individuals, the mob itself exhibits features that appear to be more than just the aggregate of individual actions, and consequently to be governed by laws specific to sociology rather than to psychology.

This way of looking at mob behaviour falls prey to the exclusion argument: even when it is not discernible from the outside, deep down, everything can be explained by more basic physical processes. But there’s a different way of framing the example. Individuals who are part of a mob are significantly different after they enter the mob. They behave irrationally and display high levels of violence. In short, they have been transformed – losing features we believe are essential to civilised human beings, becoming something else entirely. (Fortunately the process is usually reversible.) The group dynamics are then an aggregate of the behaviour of the transformed individuals, rather than an irreducible property of the mob as a whole.

Were all the laws of nature in place at the origin of the Universe, or did they emerge through a transformation?

If you are thinking that there’s a reductionist riposte to this example, you are right. Ultimately this isn’t a persuasive example of transformational emergence, because the disciplines of psychology and neuroscience could eventually advance so as to explain mob behaviour at a more fundamental level. But other instances of diachronic emergence occur within physics that are not so easily accommodated.

However, what counts as a building block has changed over the years. Our current basic units are not hydrogen, helium, sodium and so on, but the entities in the Standard Model of particle physics. So consider what happens when muons – one type of fundamental particle – transform into an electron, an electron neutrino, and a muon neutrino. Each of those three products of the transformation is itself a fundamental particle. What has happened, it seems, is that the noncomposite muon has been transformed into distinctively different types of noncomposite fundamental particles – in a way that is analogous to mob members, but now there is nothing more fundamental with which to explain it away.

Thinking about emergence opens up a set of questions that are quintessentially philosophical, even though the answers might require substantial scientific input. For example: were all the laws of nature in place at the origin of the Universe, or did they emerge through some kind of transformation? If so, does this imply a set of ‘superlaws’ to explain how and why such transformations occurred? Such questions do not arise naturally within an atomistic ontology – but guided by a careful approach to emergence, we might make headway and free the concept from the clutch of mystics. 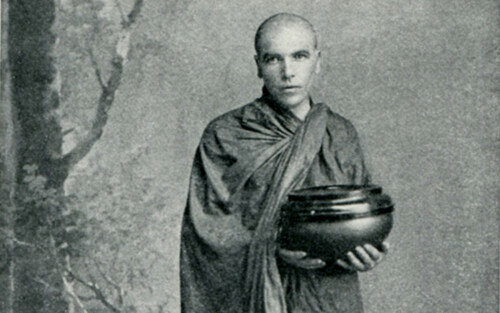 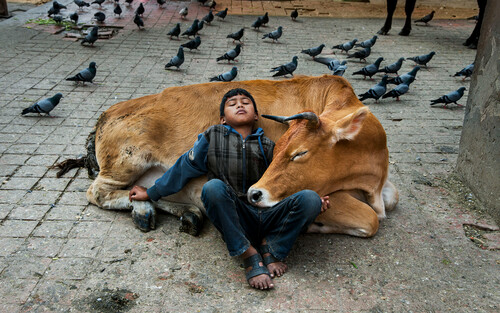 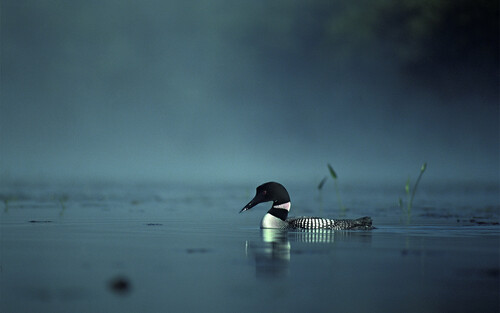 Attaining and maintaining power lies at the heart of almost all animal societies. And it’s as devious as human politicking 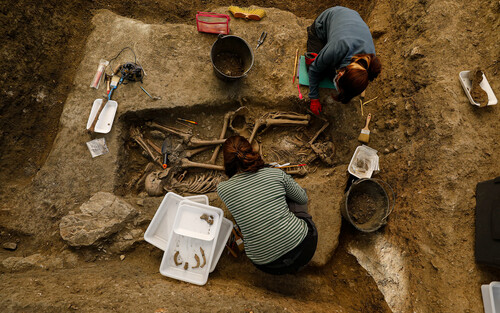 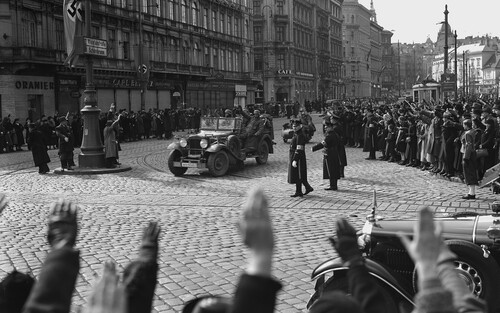 Eric Voegelin and Hans Kelsen fled the Nazis. In the US, they clashed over the nature of modernity and government 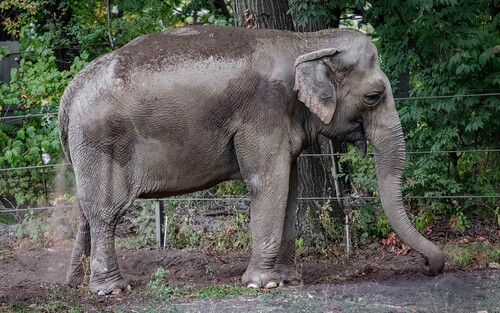 She has deep emotions, complex social needs and a large, elephant brain. Her legal personhood should be recognised too