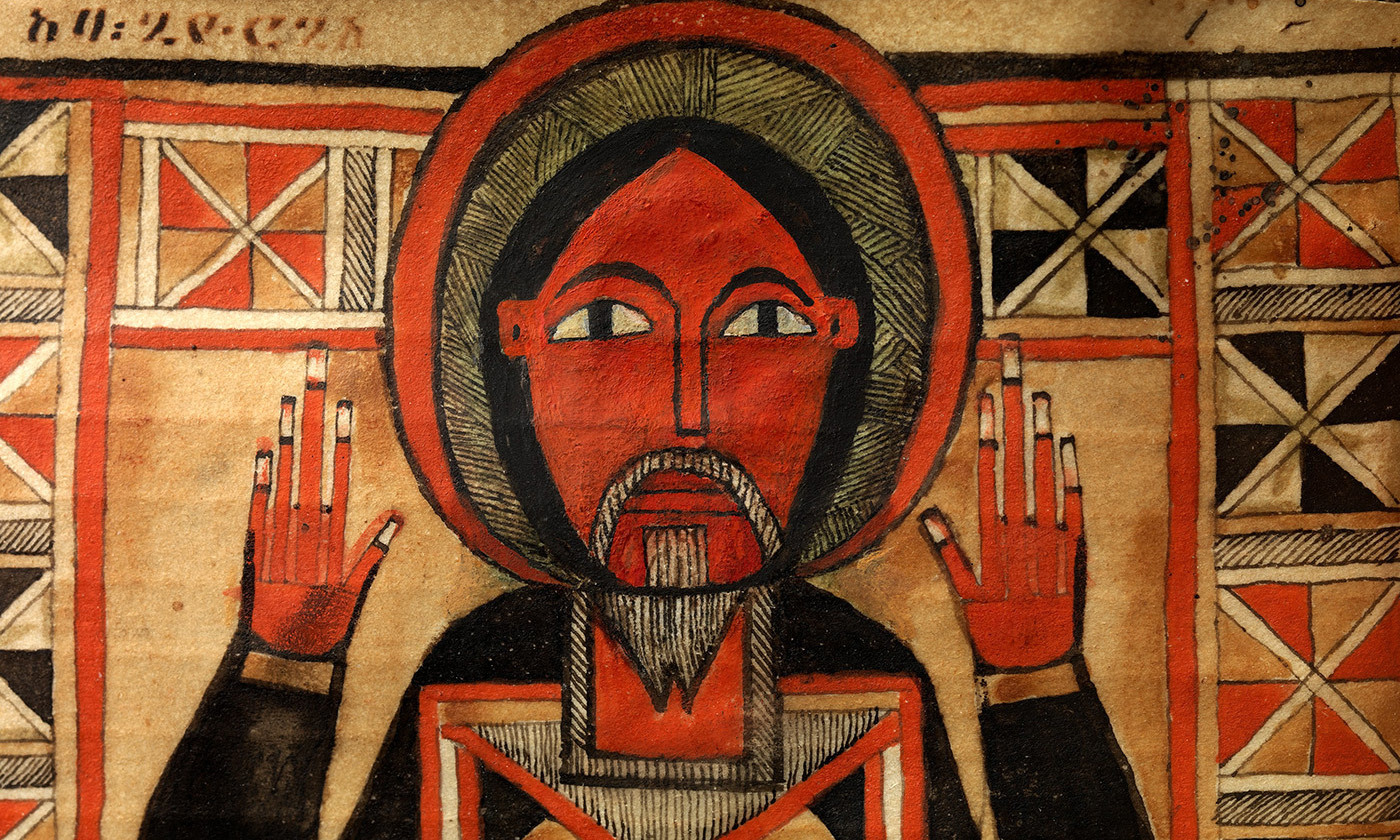 has a PhD from the University of Chicago Divinity School. He is the editor of Sightings: Reflections on Religion in Public Life (2019).

Edited by Will Fraker

If anything seems self-evident in human culture, it’s the widespread presence of religion. People do ‘religious’ stuff all the time; a commitment to gods, myths and rituals has been present in all societies. These practices and beliefs are diverse, to be sure, from Aztec human sacrifice to Christian baptism, but they appear to share a common essence. So what could compel the late Jonathan Zittell Smith, arguably the most influential scholar of religion of the past half-century, to declare in his book Imagining Religion: From Babylon to Jonestown (1982) that ‘religion is solely the creation of the scholar’s study’, and that it has ‘no independent existence apart from the academy’?

Smith wanted to dislodge the assumption that the phenomenon of religion needs no definition. He showed that things appearing to us as religious says less about the ideas and practices themselves than it does about the framing concepts that we bring to their interpretation. Far from a universal phenomenon with a distinctive essence, the category of ‘religion’ emerges only through second-order acts of classification and comparison.

When Smith entered the field in the late 1960s, the academic study of religion was still quite young. In the United States, the discipline had been significantly shaped by the Romanian historian of religions Mircea Eliade, who, from 1957 until his death in 1986, taught at the University of Chicago Divinity School. There, Eliade trained a generation of scholars in the approach to religious studies that he had already developed in Europe.

What characterised religion, for Eliade, was ‘the sacred’ – the ultimate source of all reality. Simply put, the sacred was ‘the opposite of the profane’. Yet the sacred could ‘irrupt’ into profane existence in a number of predictable ways across archaic cultures and histories. Sky and earth deities were ubiquitous, for example; the Sun and Moon served as representations of rational power and cyclicality; certain stones were regarded as sacred; and water was seen as a source of potentiality and regeneration.

Eliade also developed the concepts of ‘sacred time’ and ‘sacred space’. According to Eliade, archaic man, or Homo religiosus, always told stories of what the gods did ‘in the beginning’. They consecrated time through repetitions of these cosmogonic myths, and dedicated sacred spaces according to their relationship to the ‘symbolism of the Centre’. This included the ‘sacred mountain’ or axis mundi – the archetypal point of intersection between the sacred and the profane – but also holy cities, palaces and temples. The exact myths, rituals and places were culturally and historically specific, of course, but Eliade saw them as examples of a universal pattern.

Smith was profoundly influenced by Eliade. As a graduate student, he set out to read nearly every work cited in the bibliographies of Eliade’s magnum opus, Patterns in Comparative Religion (1958). Smith’s move to join the faculty of the University of Chicago in 1968-69, he admitted, was motivated in part by a desire to work alongside his ‘master’. However, he soon began to set out his own intellectual agenda, which put him at odds with Eliade’s paradigm.

First, Smith challenged whether the Eliadean constructions of sacred time and sacred space were truly universal. He did not deny that these constructs mapped onto some archaic cultures quite well. But in his early essay ‘The Wobbling Pivot’ (1972), Smith noted that some cultures aspired to explode or escape from space and time, rather than revere or reify them. (Think of the various schools of Gnosticism that thrived during the first two centuries CE, which held that the material world was the work of a flawed, even malevolent spirit known as the demiurge, who was inferior to the true, hidden god.) Smith distinguished these ‘utopian’ patterns, which seek the sacred outside the prevailing natural and social order, from the ‘locative’ ones described by Eliade, which reinforce it – a move that undercut Eliade’s universalist vocabulary.

Second, Smith introduced a new self-awareness and humility to the study of religion. In the essay ‘Adde Parvum Parvo Magnus Acervus Erit’ (1971) – the title a quotation from Ovid, meaning ‘add a little to a little and there will be a great heap’ – Smith showed how comparisons of ‘religious’ data are laced with political and ideological values. What Smith identified as ‘Right-wing’ approaches, such as Eliade’s, strive for organic wholeness and unity; intertwined with this longing, he said, is a commitment to traditional social structures and authority. ‘Left-wing’ approaches, on the other hand, incline toward analysis and critique, which upset the established order and make possible alternative visions of society. By situating Eliade’s approach to religion on the conservative end of the spectrum, Smith did not necessarily intend to disparage it. Instead, he sought to distinguish these approaches so as to prevent scholars from carelessly combining them.

Behind Smith’s work was the motivating thesis that no theory or method for studying religion can be purely objective. Rather, the classifying devices we apply to decide whether something is ‘religious’ or not always rely on pre-existing norms. The selective taxonomy of ‘religious’ data from across cultures, histories and societies, Smith argued, is therefore a result of the scholar’s ‘imaginative acts of comparison and generalisation’. Where once we had the self-evident, universal phenomenon of religion, all that is left is a patchwork of particular beliefs, practices and experiences.

A vast number of traditions have existed over time that one could conceivably categorise as religions. But in order to decide one way or the other, an observer first has to formulate a definition according to which some traditions can be included and others excluded. As Smith wrote in the introduction to Imagining Religion: ‘while there is a staggering amount of data, of phenomena, of human experiences and expressions that might be characterised in one culture or another, by one criterion or another, as religious – there is no data for religion’. There might be evidence for various expressions of Hinduism, Judaism, Christianity, Islam and so forth. But these become ‘religions’ only through second-order, scholarly reflection. A scholar’s definition could even lead her to categorise some things as religions that are not conventionally thought of as such (Alcoholics Anonymous, for instance), while excluding others that are (certain strains of Buddhism).

Provocative and initially puzzling, Smith’s claim that religion ‘is created for the scholar’s analytic purposes’ is now widely accepted in the academy. Still, Smith reaffirmed his own critical appreciation for Eliade’s work in two of his last publications before his death in December 2017, and one of the final courses he taught at Chicago was a close reading of Patterns. Smith’s aim was never to exorcise Eliade from the field. His intention was instead to dispense with the temptations of self-evidence, to teach scholars of religion, whatever their preferred methods or political-ideological leanings, to be clear about the powers and limits of the decisions that they need to make. The student of religion, Smith said, must be self-conscious above all: ‘Indeed, this self-consciousness constitutes his primary expertise, his foremost object of study.’

has a PhD from the University of Chicago Divinity School. He is the editor of Sightings: Reflections on Religion in Public Life (2019).

aeon.co
Philosophy of religion Religion History of ideas
14 August 2018
Republish for free
Aeon is not-for-profit
and free for everyone
Make a donation
Get Aeon straight
to your inbox
Join our newsletter
Video/
Art
The Renaissance art illusion that proved everything is a matter of perspective