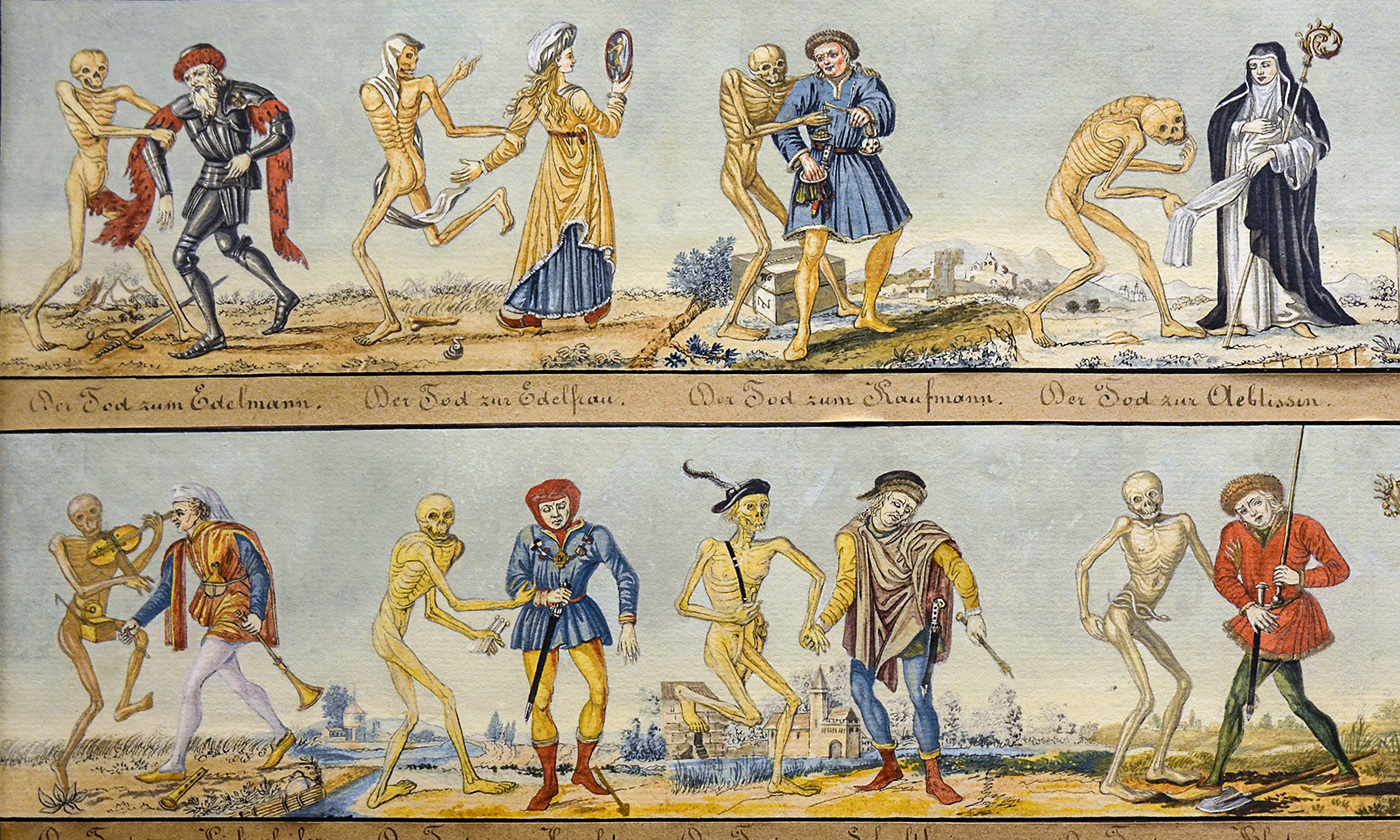 is an associate professor of psychiatry at the University of Queensland. He is the author of the forthcoming book, Lovers of Philosophy (2021).

‘Despite all our medical advances,’ my friend Jason used to quip, ‘the mortality rate has remained constant – one per person.’

Jason and I studied medicine together back in the 1980s. Along with everyone else in our course, we spent six long years memorising everything that could go wrong with the human body. We diligently worked our way through a textbook called Pathologic Basis of Disease that described, in detail, every single ailment that could befall a human being. It’s no wonder medical students become hypochondriacal, attributing sinister causes to any lump, bump or rash they find on their own person.

Jason’s oft-repeated observation reminded me that death (and disease) are unavoidable aspects of life. It sometimes seems, though, that we’ve developed a delusional denial of this in the West. We pour billions into prolonging life with increasingly expensive medical and surgical interventions, most of them employed in our final, decrepit years. From a big-picture perspective, this seems a futile waste of our precious health-dollars.

Don’t get me wrong. If I get struck down with cancer, heart disease or any of the myriad life-threatening ailments I learnt about in medicine, I want all the futile and expensive treatments I can get my hands on. I value my life. In fact, like most humans, I value staying alive above pretty much everything else. But also, like most, I tend to not really value my life unless I’m faced with the imminent possibility of it being taken away from me.

Another old friend of mine, Ross, was studying philosophy while I studied medicine. At the time, he wrote an essay called ‘Death the Teacher’ that had a profound effect on me. It argued that the best thing we could do to appreciate life was to keep the inevitability of our death always at the forefront of our minds.

When the Australian palliative care nurse Bronnie Ware interviewed scores of people in the last 12 weeks of their lives, she asked them their greatest regrets. The most frequent, published in her book The Top Five Regrets of the Dying (2011), were:

The relationship between death-awareness and leading a fulfilling life was a central concern of the German philosopher Martin Heidegger, whose work inspired Jean-Paul Sartre and other existentialist thinkers. Heidegger lamented that too many people wasted their lives running with the ‘herd’ rather than being true to themselves. But Heidegger actually struggled to live up to his own ideals; in 1933, he joined the Nazi Party, hoping it would advance his career.

Despite his shortcomings as a man, Heidegger’s ideas would go on to influence a wide range of philosophers, artists, theologians and other thinkers. Heidegger believed that Aristotle’s notion of Being – which had run as a thread through Western thinking for more than 2,000 years, and been instrumental in the development of scientific thinking – was flawed at a most fundamental level. Whereas Aristotle saw all of existence, including human beings, as things we could classify and analyse to increase our understanding of the world, in Being and Time (1927) Heidegger argued that, before we start classifying Being, we should first ask the question: ‘Who or what is doing all this questioning?’

Heidegger pointed out that we who are asking questions about Being are qualitatively different to the rest of existence: the rocks, oceans, trees, birds and insects that we are asking about. He invented a special word for this Being that asks, looks and cares. He called it Dasein, which loosely translates as ‘being there’. He coined the term Dasein because he believed that we had become immune to words such as ‘person’, ‘human’ and ‘human being’, losing our sense of wonder about our own consciousness.

Heidegger’s philosophy remains attractive to many today who see how science struggles to explain the experience of being a moral, caring person aware that his precious, mysterious, beautiful life will, one day, come to an end. According to Heidegger, this awareness of our own inevitable demise makes us, unlike the rocks and trees, hunger to make our life worthwhile, to give it meaning, purpose and value.

While Western medical science, which is based on Aristotelian thinking, sees the human body as a material thing that can be understood by examining it and breaking it down to its constituent parts like any other piece of matter, Heidegger’s ontology puts human experience at the centre of our understanding of the world.

Ten years ago, I was diagnosed with melanoma. As a doctor, I knew how aggressive and rapidly fatal this cancer could be. Fortunately for me, the surgery seemed to achieve a cure (touch wood). But I was also fortunate in another sense. I became aware, in a way I never had before, that I was going to die – if not from melanoma, then from something else, eventually. I have been much happier since then. For me, this realisation, this acceptance, this awareness that I am going to die is at least as important to my wellbeing as all the advances of medicine, because it reminds me to live my life to the full every day. I don’t want to experience the regret that Ware heard about more than any other, of not living ‘a life true to myself’.

Most Eastern philosophical traditions appreciate the importance of death-awareness for a well-lived life. The Tibetan Book of the Dead, for example, is a central text of Tibetan culture. The Tibetans spend a lot of time living with death, if that isn’t an oxymoron.

The East’s greatest philosopher, Siddhartha Gautama, also known as the Buddha, realised the importance of keeping the end in sight. He saw desire as the cause of all suffering, and counselled us not to get too attached to worldly pleasures but, rather, to focus on more important things such as loving others, developing equanimity of mind, and staying in the present.

The last thing the Buddha said to his followers was: ‘Decay is inherent in all component things! Work out your salvation with diligence!’ As a doctor, I am reminded every day of the fragility of the human body, how closely mortality lurks just around the corner. As a psychiatrist and psychotherapist, however, I am also reminded how empty life can be if we have no sense of meaning or purpose. An awareness of our mortality, of our precious finitude, can, paradoxically, move us to seek – and, if necessary, create – the meaning that we so desperately crave.

is an associate professor of psychiatry at the University of Queensland. He is the author of the forthcoming book, Lovers of Philosophy (2021).

aeon.co
Meaning and the good life Wellbeing Death
6 May 2020
Republish for free
Aeon is not-for-profit
and free for everyone
Make a donation
Get Aeon straight
to your inbox
Join our newsletter
Video/
Biology
When medicine offers no relief, a biohacker begins a radical self-experiment