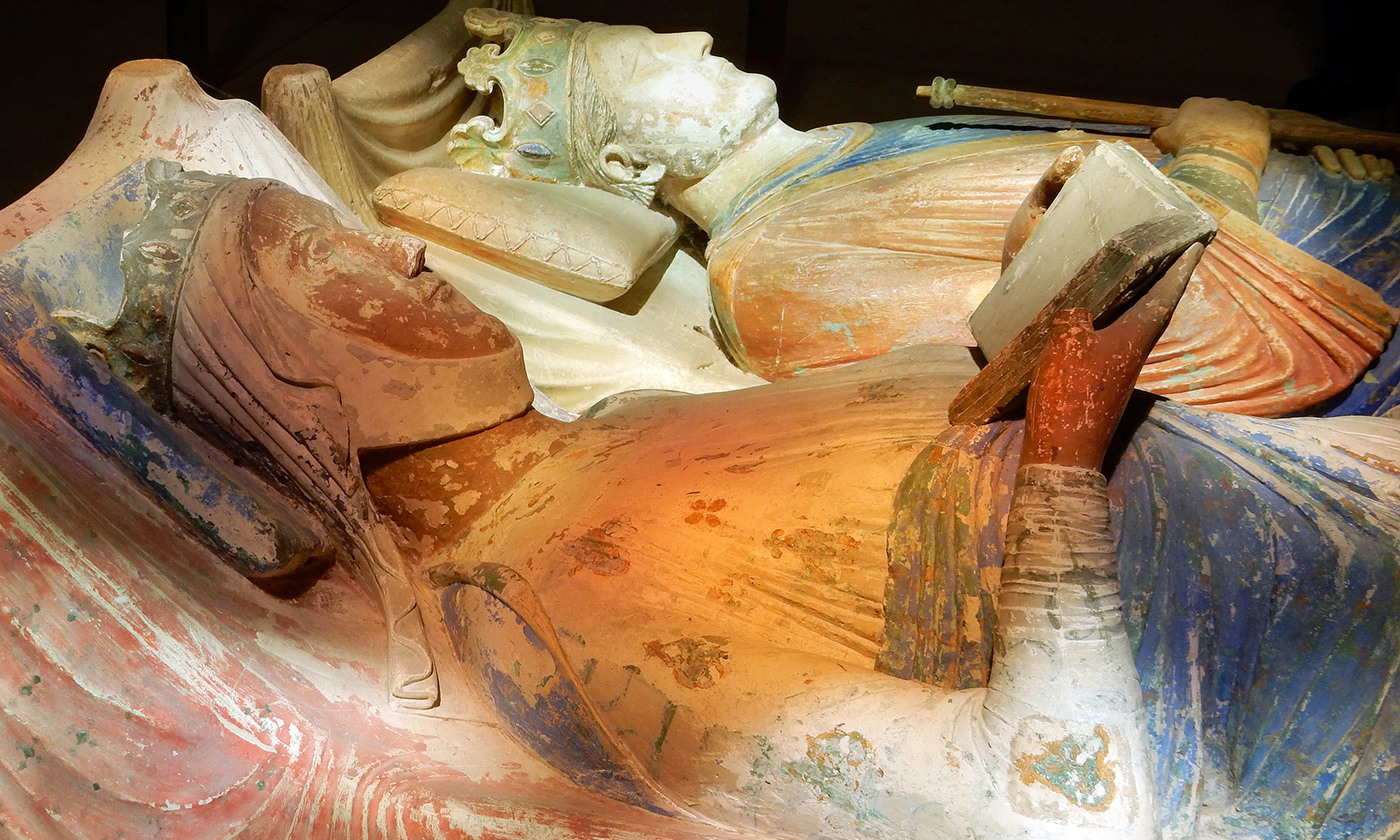 is a science writer whose work has been published in The Economist, National Geographic, Nature, New Scientist and The Telegraph, among others. Her latest book is Pale Rider: The Spanish Flu of 1918 and How it Changed the World (2017). She lives in Paris, France.

Eleanor of Aquitaine is often portrayed as one of the most powerful queens in history. Wife, mother and counsellor of kings, crusader, landowner, patron of the arts, her power eventually grew so great – at least in the eyes of one royal husband, Henry II of England – that he chose to lock her up. But what if Eleanor wasn’t exceptional? What if, in the manner and the degree to which she exerted power, she was very much in line with royal women throughout history?

That suggestion is not original. It has been raised by a persistent if minority chorus of academics – mainly feminist archaeologists such as Joyce Marcus and Joan Gero – for decades, but the problem has always been identifying a norm for queenly power. In a recently published paper, the political anthropologist Paula Sabloff of the Santa Fe Institute in New Mexico attempts to do just that, by comparing the roles and political clout of royal women in eight premodern societies spanning five continents and more than 4,000 years.

The Santa Fe Institute is dedicated to the study of complexity, and it is adept at processing large quantities of data to that end. In the past decade, its researchers have turned their attention to human history, asking if our interpretation of the historical record can be improved by pooling data about the past and using statistical analysis to identify patterns in them. This approach might be called ‘big history’, by analogy with ‘big data’ (though the term ‘big history’ has been used in other ways too), and some of its advocates have written about it on Aeon. With only eight polities to its name, Sabloff’s study doesn’t claim to be big history, but it does claim to have comparative power. It throws up some striking similarities between societies that, because they were so far apart in time and space, cannot have copied each other. It’s the closest anyone has yet come to identifying a queenly norm.

With the help of a small army of students and citizen scientists, over a period of five years, Sabloff built a series of databases on 14 premodern states. Of those, eight had enough information on royal women to support comparison. The oldest was Old Kingdom Egypt (2686-2181 BCE), the youngest protohistoric Hawai’i – a society that lasted from the 16th century CE until the first Europeans arrived in 1778. In between fall Aztec, Inka, Maya, Zapotec, Late Shang China and the Mari Kingdom of Old Babylonia. They range from city-states with populations in the tens of thousands, to empires comprising tens of millions. Some practised primogeniture, others did not. They varied with respect to their rules on succession, women rulers, marriage between kin and gender separation – meaning that each gender had its matched ruler. In short, they were worlds apart.

And yet, says Sabloff: ‘This same structure pops out.’ In all eight societies, royal women exerted power in at least four ways: they influenced policy; they influenced the behaviour of those both above and below them in rank; they acted as go-betweens; and they patronised clients. In addition, they were often involved in determining succession, governing, building alliances, and expanding or defending territory. The most powerful of all were the queen rulers. They were rare – the only society in Sabloff’s sample that tolerated them was the Maya – but they packed almost as much political punch as their male counterparts. In the 7th century CE, Lady K’awiil Ajaw of Cobá in the Yucatan peninsula presided over a formidable group of warriors and statesmen, and when she died she left behind one of the most successful kingdoms in Mayan history.

Even if they were barred from the top job, these women were powerful. In four of the societies, widows of rulers acted as regents for their sons, and had the same policymaking powers as male rulers. Lady Hao of China lost her status as main wife on the death of her son, but clawed it back by recruiting an army of more than 13,000 and leading it to war. The Hawai’ians practised gender separation, and royal women’s power was limited with respect to men’s, but it was still considerable. They controlled the same amount of wealth, made their own deals, distributed their own gifts, proposed improvements to agriculture and aquaculture, and ordered executions – and pardons.

The most richly documented case in Sabloff’s sample is that of the Mari kingdom of the 2nd millennium BCE, thanks to a corpus of close to 20,000 documents – clay tablets scripted in Akkadian – unearthed from the city’s remains by French archaeologists in the 1930s. Most of the documents are administrative, but the cache also contains hundreds of letters exchanged between King Zimri-Lim and his wives and married daughters, and they reveal how powers were parcelled out between them. ‘These were active women,’ says Nele Ziegler, an assyriologist at the French National Centre for Scientific Research in Paris, who has studied the corpus for decades. ‘When the king was absent, it was the queen and not the prime minister or anyone else who was the most important person at court.’ The king was absent very often, she notes, since war was an almost constant state of affairs at that time.

Sabloff forces us to ask what we mean by political agency. In most cases, for example, the women had no say in whom they married. They were used as bargaining chips by their male relatives in an eternally shifting landscape of political alliances. They answered to their husbands and were usually excluded from war- and policymaking. But they found other ways to exert influence, some of which were not available to men.

They gave birth to future heirs, of course, and in many of the societies succession was bilateral – meaning that it could pass via the maternal or paternal lines. ‘These women had blood power,’ says Sabloff. They spied for their kin, with whom their loyalty often remained. One Aztec princess burned her husband’s town so that her father could conquer it more easily. They were singers and storytellers at court, and they used these arts to influence behaviour – think Scheherazade in One Thousand and One Nights. And it was not uncommon for them to monopolise access to the gods. Main wives consulted oracles on behalf of their husbands, or conveyed prophecies or dreams. ‘Concerning the report on the military campaign which my lord undertakes,’ wrote Zimri-Lim’s main wife Shibtu to her husband, while he was away fighting a rival, ‘I have asked a man and a woman about the signs when I plied [them with drink], and the oracle for my lord is very favourable.’

Royal women often succeeded in building political agency even though they were pawns, Sabloff concludes, and their societies allowed them to. The roles they filled and the powers they wielded overlapped with those of their male counterparts, but they weren’t the same, and the women put them at the service of different – sometimes competing – constituencies. Marcus, Gero and others were therefore right when they said that societal change – history – could not be understood if they were ignored.

When seen in the company of her royal sisterhood, Eleanor begins to look more ordinary. But with great power comes great responsibility, and they (like she) miscalculated from time to time. In another letter to her husband, Shibtu announced that an oracle had foreseen his victory over the Babylonian king Hammurabi. Zimri-Lim’s trail goes cold in 1761 BCE, when Hammurabi sacked Mari, and Shibtu’s goes cold with it.

is a science writer whose work has been published in The Economist, National Geographic, Nature, New Scientist and The Telegraph, among others. Her latest book is Pale Rider: The Spanish Flu of 1918 and How it Changed the World (2017). She lives in Paris, France.

aeon.co
Nations and empires Politics and government Gender
12 July 2019
Republish for free
Aeon is not-for-profit
and free for everyone
Make a donation
Get Aeon straight
to your inbox
Join our newsletter