White coats and mild manners: how to style a good doctor 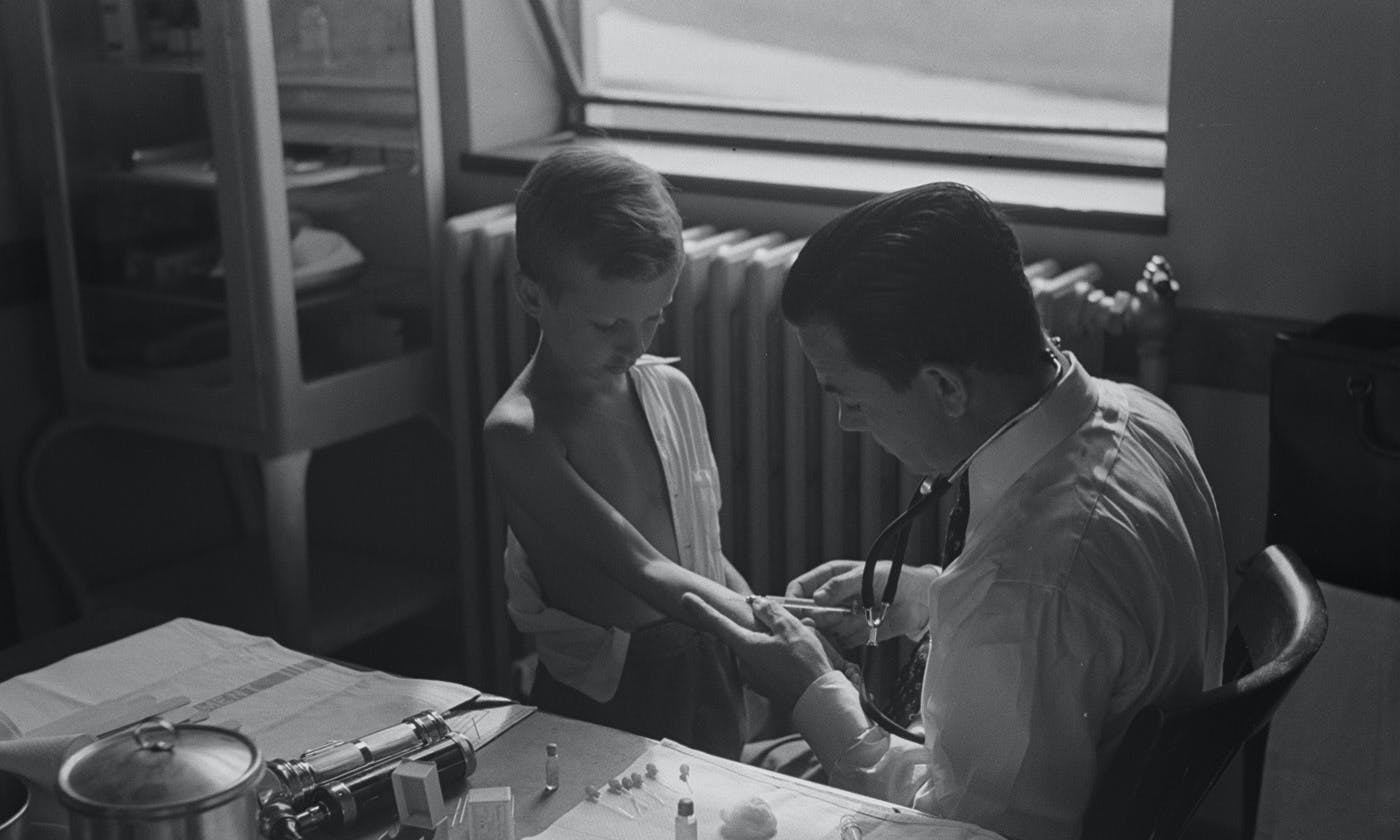 is director for media and engagement for the History of Science Society and also outreach coordinator for the Reilly Center for Science, Technology, and Values, both at the University of Notre Dame in Indiana.

Published in association with The John J Reilly Center for Science, Technology, and Values an Aeon Partner

It’s hard to believe that modern Western doctors, with their multimillion-dollar hospitals and high-tech gadgets, have much in common with their ancient counterparts. Up to the 19th century, doctors usually occupied a fairly low status in society. From Roman times and throughout the European Middle Ages, sometimes they even submitted to the indignity of tasting the urine of their patients as a means of diagnosis – earning them the nicknames ‘piss taster’ and ‘piss prophet’. Doctors these days generally enjoy better working conditions, but the basic rules guiding their style, dress and decorum have remained surprisingly static for the past 2,500 years.

Physicians’ appearance has been the most closely monitored of any professional class in history, aside from the police and the military. (It’s probably not a coincidence that all three deal with life and death.) In ancient Greece, medical encounters took place in public; even in the home, there were usually onlookers. Hospitals as we know them didn’t exist until the first Muslim-built bimaristan in Baghdad in the 9th century CE. Because there were so often spectators, some flourish was expected. Apparently, Ancient Greek doctors really got into character, necessitating one author to warn against ‘luxurious headgear and elaborate perfumes in order to gain patients … for excess of strangeness will win you ill-repute, but a little will be considered good taste’.

We still expect our doctors to appear neat, without much adornment – I’d be taken aback to see my primary-care doctor wearing large diamonds or a Hermès scarf. While they can still exhibit some personal ‘flair’, it’s generally limited. Such strictures begin with the ancient Greek physician Hippocrates or, more precisely, ‘the Hippocratics’. Historians generally agree that multiple people were involved in writing the 60 or so medical texts that offer some of the first instructions in history about how to be a good doctor. The Hippocratic Corpus is the birthplace of medical ethics, the source of an oath that all doctors still take at the end of their training.

In the Hippocratic text titled Decorum, doctors are instructed to ‘dress decorous and simple, not over-elaborated, but aiming rather at good repute, and adapted for contemplation, introspection and walking’. A Hippocratic author writing on surgery instructed doctors on the minutiae of their posture and the position of their limbs during procedures, and maintained that ‘dress should be well drawn together, without creases, everything even, and corresponding on elbows and shoulders’. Today, Stanford Medical School’s code of conduct still demands that medical students ‘dress professionally and conservatively’, with their white coat ‘clean, pressed, and worn at all times’. The University of Utah’s medical school dictates details right down to the appropriate fabric for slacks or trousers, which must be ‘made of firmer fabric to maintain professional appearance’.

But is your doctor’s clothing, perfume or jewellery really worthy of so much attention? Research suggests that the seeming superfluities of style are much more important in medicine than you might think. In a study of 337 intensive-care patients from 2013, researchers found that the subjects and their families saw physicians in white coats as more knowledgeable, truthful and competent than those who were dressed more casually, in ‘bare-below-the-elbows’ attire. In another study, patients were informed of the (true) fact that a physician’s white coat can transmit disease, but they still preferred it to sneakers and jeans.

In the 1970s, social scientists began to suggest that social interactions could be seen as ‘performances’. Perhaps this is really the best way to view a trip to the doctor. There’s a typical setting, at least two roles to play, and an appropriate costume for each character. At its most streamlined, seeing a physician has a standard script: the recitation of symptoms by the patient, the physician’s interrogation, ritual tests and pokes, the proclamation as to what has gone wrong, advice (or prescriptions) for the malady, and an act that marks the end of the engagement.

One thing that distinguishes the doctor from the patient in this encounter is appearance. The neatness, professionalism and vitality of the former is contrasted with the weakened, supplicant state of the latter. In contemporary medicine, the patient is often demarcated by the ceremonial and rather humiliating paper robe, while the doctor is well-dressed and groomed, often finished off with a modern white lab coat.

The coat is a fairly recent development, replacing the sombre black dress that doctors typically wore prior to the late 19th century. After that, physicians began to present themselves in white, copying the garb of lab workers in order to lend the profession credibility. But while the white coat serves to establish medical authority, it sometimes does this too well. People have been known to suffer from ‘white coat syndrome’, in which their blood pressure rises and they become anxious the moment the doctor walks in the room (of course, some suffer from the syndrome in the presence of any medical staff, regardless of garb, but it’s not as common when patients are treated by nurses).

‘Bedside manner’ is another quality we’ve long expected from our physicians. In Decorum, the author warns that ‘dourness is repulsive both to the healthy and to the sick’, and suggests that physicians should ‘be calm and assured of what [they] are saying’ and ‘bear in mind [their] manner of sitting, reserve, arrangement of dress, decisive utterance, brevity of speech, composure’. The Hippocratic doctor was instructed to be a mild-mannered, sure-minded, sober man, not easy to excite or anger, and kind to patients and families without being given to ‘excessive gaiety’ or laughing.

By now, there’s a growing body of evidence that a patient’s perception of a doctor’s character influences health outcomes. Patients are more likely to be honest and satisfied with physicians when they’re viewed as compassionate, not just capable and competent. Displays of empathy have been shown to improve outcomes in people struggling with conditions including obesity, diabetes, hypertension, asthma, pulmonary infections and osteoarthritis.

A doctor’s presentation, then, is part of what establishes trust and authority in the doctor-patient relationship. Yet the rise of patient-centred medicine, and modern patients’ ability to arm themselves with medical knowledge is changing this dynamic – pushing the patient to become more of a consumer or customer than a supplicant. Doctors in the 21st century need to retain their professional standing but shed any remaining projections of superiority. For the first time since the 5th century BCE, the dialogue of the medical script could soon contain an equal number of lines for each character.