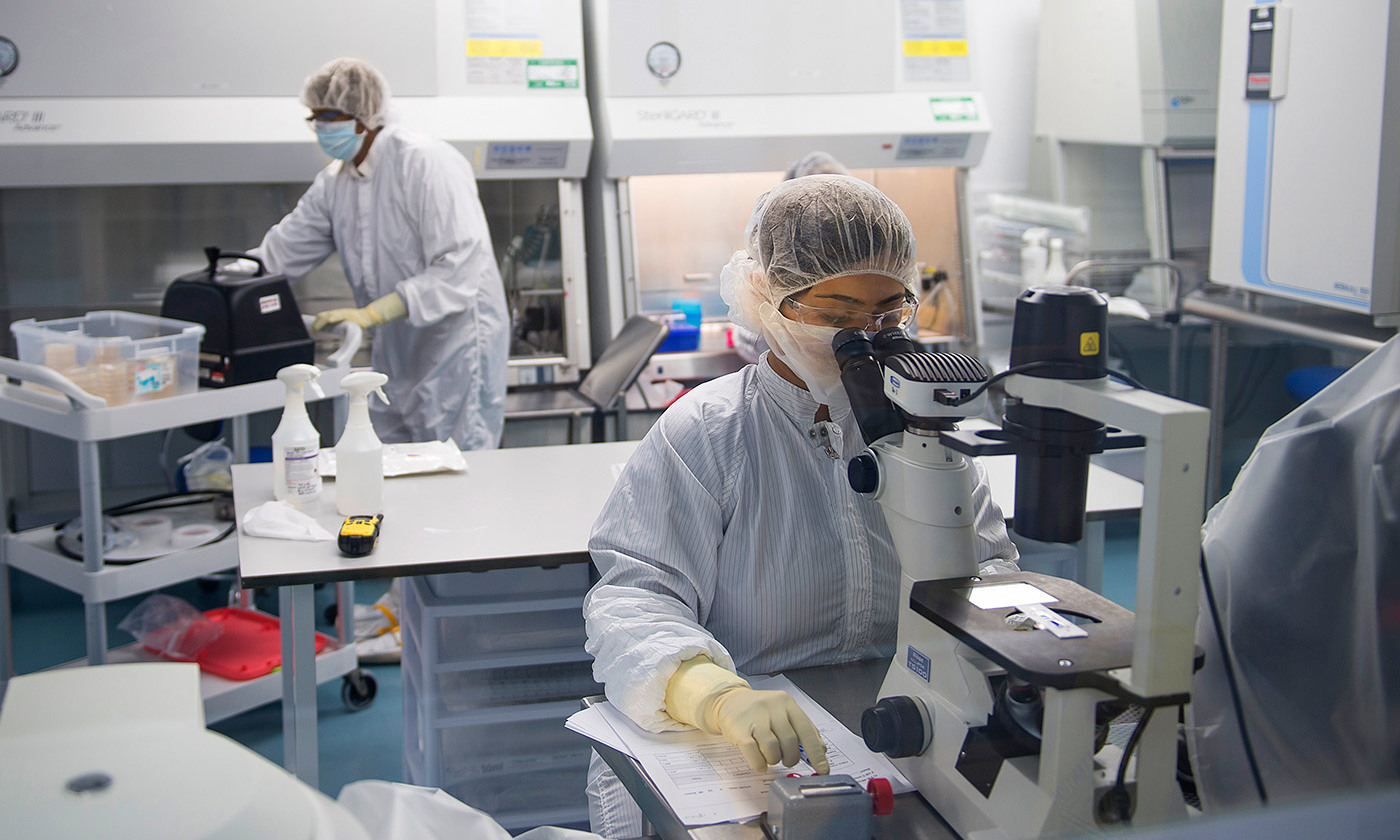 is the Baruch Blumberg Chair of Astrobiology at NASA/Library of Congress and professor of history of medicine at Johns Hopkins University in Baltimore. His latest book is The Science of Human Perfection: How Genes Became the Heart of American Medicine (2012).

Science has always issued medical promissory notes. In the 17th century, Francis Bacon promised that an understanding of the true mechanisms of disease would enable us to extend life almost indefinitely; René Descartes thought that 1,000 years sounded reasonable. But no science has been more optimistic, more based on promises, than medical genetics.

Recently, I read an article promising that medical genetics will soon deliver ‘a world in which doctors come to their patients and tell them what diseases they are about to have’. Treatments can begin ‘before the patient feels even the first symptoms!’ So promises ‘precision medicine’, which aims to make medicine predictive and personalised through detailed knowledge of the patient’s genome.

The thing is, the article is from 1940. It’s a yellowed scrap of newsprint in the Alan Mason Chesney Archives at Johns Hopkins University in Baltimore. The article profiles Madge Thurlow Macklin, a Hopkins-trained physician working at the University of Western Ontario. Macklin’s mid-century genetics is not today’s genetics. In 1940, genes were made of protein, not DNA. Textbooks stated that we have 48 chromosomes (we have 46). Looking back, we knew almost exactly nothing about the genetic mechanisms of human disease.

These genetic promissories echo down the decades with an eerie resonance. In 1912, Harvey Ernest Jordan – who would become dean of the University of Virginia medical school – wrote: ‘Medicine is fast becoming a science of the prevention of weakness and morbidity; their permanent not temporary cure, their racial eradication rather than their personal palliation.’ (By ‘racial’ here Jordan simply meant any large, loosely related population.) ‘Fast’ is relative; 99 years later, in 2011, Leroy Hood wrote: ‘Medicine will move from a reactive to a proactive discipline over the next decade.’

Cancer is often named as precision medicine’s most promising focus. In 2003, Andrew C von Eschenbach, the head of the National Cancer Institute, set a goal of eliminating death and suffering due to cancer – by 2015. On 20 September this year, Microsoft announced an initiative to cure cancer by 2026. Jasmin Fisher, a senior researcher on the project, said: ‘If we are able to control and regulate cancer then it becomes like any chronic disease and then the problem is solved.’

Such statements bring to mind the old Monty Python sketch, ‘How to Do It’, in which Eric Idle (in drag) explains how to rid the world of all known diseases. ‘Well, first of all become a doctor and discover a marvellous cure for something,’ he announces. ‘Then,’ he continues, ‘when the medical world really starts to take notice of you, you can jolly well tell them what to do and make sure they get everything right so there’ll never be diseases any more.’

Just a day after Microsoft’s announcement, on 21 September, Mark Zuckerberg and his wife, the paediatrician Priscilla Chan, announced that they are giving $3 billion to their Chan Zuckerberg Initiative (CZI). The CZI aims to ‘cure all disease in our children’s lifetime’. Once again, the Pythons nailed it. With their money, the doctors can discover marvellous cures for things. Then, when the medical world really starts to take notice, CZI can jolly well tell them what to do and make sure they get everything right, so there’ll never be any diseases any more.

While inflated medical promises are hardly peculiar to molecular medicine, that field does seem particularly prone to breathless rhetoric. You can almost hear K Eric Drexler panting when he writes, in his manifesto Engines of Creation (1986), that protein-based nanomachines ‘promise to bring changes as profound as the Industrial Revolution, antibiotics, and nuclear weapons all rolled up in one massive breakthrough’.

Bluster, overstatement and aspirations masquerading as hard targets have no single cause. One reason, surely, is the heady sense of impending omnipotence that accompanies major technological and scientific advances. Charles Darwin’s theory of evolution by natural selection, the rediscovery of Gregor Mendel’s laws of heredity, the cracking of the genetic code, genetic engineering, the Human Genome Project, CRISPR – all were followed by grandiose claims of the imminent total control over life’s fundamental processes. Every generation of scientists looks back and shakes its collective head in condescending disbelief at how little the previous generation knew, rarely stopping to reflect that the next generation will do the same.

In our particular moment, biology is the king, and the perennial desire for simple solutions to complex problems leads people back time and again to biological determinism: it’s all in your genes. It’s all in your neurons. This new discovery changes everything.

The possibility of vast profits in biotech also contribute to the propensity for hype. Buy on the rumours, sell on the news. Nowhere is that more true than in biotech and infotech. As the molecular biologist James Watson – no stranger to hype himself – wrote in his memoir Avoid Boring People (2007): ‘Nothing attracts money like the quest for a cure for a terrible disease.’

Finally, the researchers and their funders vie for attention from a news media that is itself constantly competing for an overstimulated and numb audience. Overcoming habituation and making a splash requires ever-bigger jolts of hyperbole.

It’s time to push back. One way is to hold scientists, philanthropists and the press accountable. In 2014, Jonathan Eisen, professor at the Genome Center at the University of California, Davis, compiled a lengthy list of articles on the hype surrounding the genome project – many of them either complaining of promise fatigue or pricking the bubble of inflated expectations. We can and should continue writing, collecting and sharing such pieces. Fund science liberally, but reward knowledge more than market value. Encourage science literacy, not just cheerleading. And teach skepticism of technology, medicine and the media.

Now, that might sound like a pipe dream itself. Nevertheless, any progress in this direction will yield results. Science does lead to better understanding, and new knowledge will continue to yield new drugs and other therapies. But better understanding also means an appreciation for how complex nature is. The progress of science is the steady realisation of how little we actually know. The more we, the public, understand that about science, the more we will see through the hype. And the more we see through the hype, the more medicine will serve its stakeholders, not its stockholders. We will get better healthcare.

is the Baruch Blumberg Chair of Astrobiology at NASA/Library of Congress and professor of history of medicine at Johns Hopkins University in Baltimore. His latest book is The Science of Human Perfection: How Genes Became the Heart of American Medicine (2012).

aeon.co
History of science Progress and modernity Genetics
12 December, 2016
Republish for free
Aeon is not-for-profit
and free for everyone
Make a donation
Get Aeon straight
to your inbox
Join our newsletter

A 3D-printed model of a protein nanoparticle, shown here in orange and white. Scientists at the University of Washington are using protein design to create candidate nanoparticle vaccines. Photo by Ian C Haydon/Institute for Protein Design

At the level of the tiny, biology is all about engineering. That’s why nanotechnology can rebuild medicine from within

Video/
Film and visual culture
‘From dream to reality!’ The 1960s spoof that marked the dawn of self-aware advertising