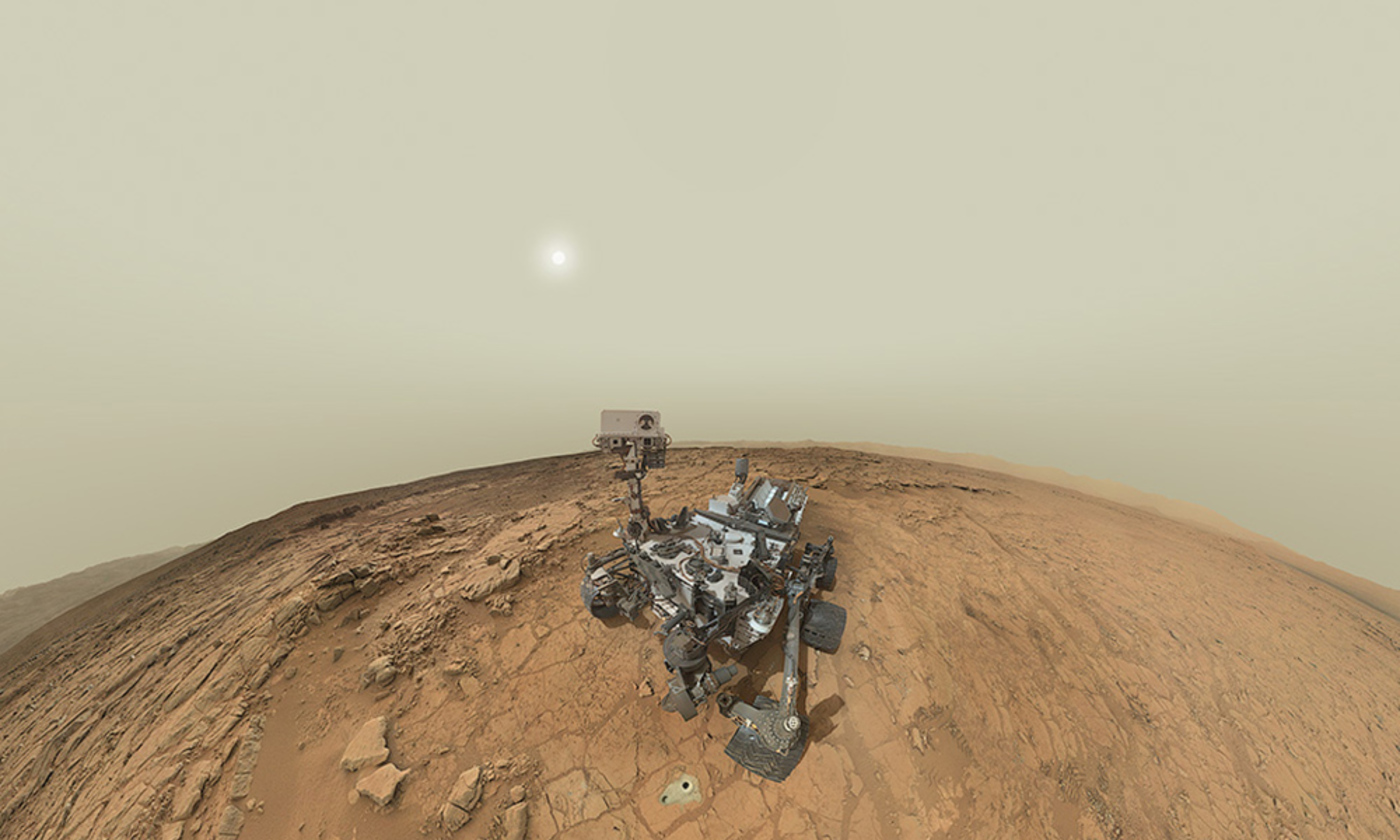 is a senior astrobiologist at NASA Ames Research Center. His research focuses on the evolution of the solar system and the origin of life.

The expression ‘We’ve landed!’ connects to something deep and instinctive in the human psyche. Those words mean that we have crossed an inhospitable expanse and staked our place on the other side. At first, the expression referred only to voyages across the ocean, then also across the sky, and now across space as well. Through all those leaps, the essential elements have remained the same: a specially built craft, a long and daunting journey, a burst of fresh danger on arrival – and a pause to celebrate merely surviving. Then comes the magical moment when we look up and cast our eyes over an unfamiliar horizon. We become a species of explorers all over again.

Forty-seven years after the fact, Neil Armstrong’s message ‘Houston… the Eagle has landed’ remains one of the defining moments of the space age. Landings don’t even have to involve humans to be emotionally stirring. A robotic landing was what first drew me into planetary science and astrobiology. In 1976, while I was starting my first year of graduate school, the twin Viking probes touched down on Mars. They inspired me, far more than the earlier Mariner spacecraft that had flown past or orbited the planet. The images were both tangible and shocking: a salmon-coloured sky hanging over a rusty desert, its rocks scoured by thin, persistent winds. We were on the surface of Mars! My general interest in astronomy quickly narrowed into a specific fascination with Mars that persists to this day.

Despite their emotional power, space landings are few and far between. There are good, practical reasons for that. Landings are complex and expensive. Flybys and even orbiters are cheaper, easier and in many ways more sensible from a pure-science point of view. But NASA and the other space agencies are missing a huge opportunity here to make space exploration more evocative, and more personal. There simply is no other space vista that compares with seeing an alien horizon, capturing the perspective of an astronaut standing on another world.

After Viking, a full two decades passed before the next Mars touchdown. When the Pathfinder probe landed on Mars in the late afternoon of 4 July 1997, I was standing before a packed audience in the Stanford Theatre in Palo Alto, California. All of us were held spellbound by the first images from the lander and its little rover arriving back to Earth. Those pictures were processed in a specialty shop and projected by 35mm slides hand-carried to the theatre. Technology has changed since then, but the thrill has not. In 2012, when the two-ton Curiosity rover landed on Mars, rappelling down dramatically from a rocket-powered platform, the public response was once again immediate and intense. Thousands waited at science museums around the country to hear Curiosity’s heartbeat signal and to see the first views from the ground.

Most recently, the European Space Agency’s Philae probe made the first-ever soft landing on a comet on 12 November 2014, sending back provocative images of craggy, dust-coated cliffs. As a scientist focused on astrobiology, I have a keen interest in the organic chemistry of comets. Comets could have bought the building blocks of life to the early Earth, and might have jump-started the prebiotic reactions. But on that November day, the landing is what captured my imagination. A spindly robot bounced, tripped, tumbled and still managed to peer out on the utterly unknown surface of a comet. The science could, and did, come later.

There is an important lesson from these experiences: space missions to other worlds are not just about the science. They are about the human instinct to explore. The fascination with landing is part of that instinct. Even if the science is best served by merely orbiting or flying by, we should land whenever we can. They don’t have to be conflicting choices; often they can (and have been) done together. As for where we should land, the options are staggering. It’s been three decades since the last Venus landing; humans have only ever landed on one moon other than our own. There are many, many vistas waiting for us.

Jupiter’s large, ice-covered moon Europa is the next major target for a landing, but there has been a reluctance to commit. NASA scientists worry that the challenge is too hard, and that we have not surveyed Europa’s surface enough to find the ideal, safe landing site. Yes, there would be risks in landing there. Europa has no atmosphere in which to use parachutes. Then again, its surface gravity is similar to that of Earth’s moon, so we could use some of the technologies already developed for landing earlier robotic Moon landings. The risks of landing are similar to those of putting Pathfinder on Mars and Philae on the comet. The risks of not trying to land on Europa are more severe: we could lose the momentum for exploring this fascinating moon and searching for life in the global ocean beneath its frozen surface.

A Europa lander could be the beginning of a whole new era of space exploration. Landers don’t all have to be complex, costly machines like Curiosity. A stationary, battery-powered robot on Europa could still last long enough to survey an alien horizon unlike any seen before – our first view from the surface of an ice world. It could inspire follow-up missions to put eyes on the ground all across the solar system, so people hear the words ‘We’ve landed’ more often. There will be a rich scientific payoff but, even better, it would allow people around the world to experience other worlds from a distinctly human perspective.

I would like to volunteer as lookout with the crew that makes the first (robotic) landing on Europa. Hurray for distant lands, and for the humans and machines that land on them.

is a senior astrobiologist at NASA Ames Research Center. His research focuses on the evolution of the solar system and the origin of life.

aeon.co
Astronomy Cosmology Space exploration
10 February 2016
Republish for free
Aeon is not-for-profit
and free for everyone
Make a donation
Get Aeon straight
to your inbox
Join our newsletter

Kirsten Thompson, the lead scientist on the Arctic Sunrise, takes water samples for eDNA sampling near Paulet Island at the entrance to the Weddell Sea. Photo by A Trayler-Smith/Greenpeace/Panos

Essay/
Thinkers and theories
The abuses of Popper

A powerful cadre of scientists and economists sold Karl Popper’s ‘falsification’ idea to the world. They have much to answer for